Accessibility links
DNC : Kamala Harris, Hillary Clinton, Barack Obama Speech : The NPR Politics Podcast Kamala Harris, in her speech on the third night of the Democratic National Convention, accepted the vice presidential nomination with a nod to her mother and tied the death toll of the pandemic to structural racism.

Barack Obama attacked Trump directly, fretting about the impact another term could have on democracy in the United States. Hillary Clinton called for a landslide win for Biden. 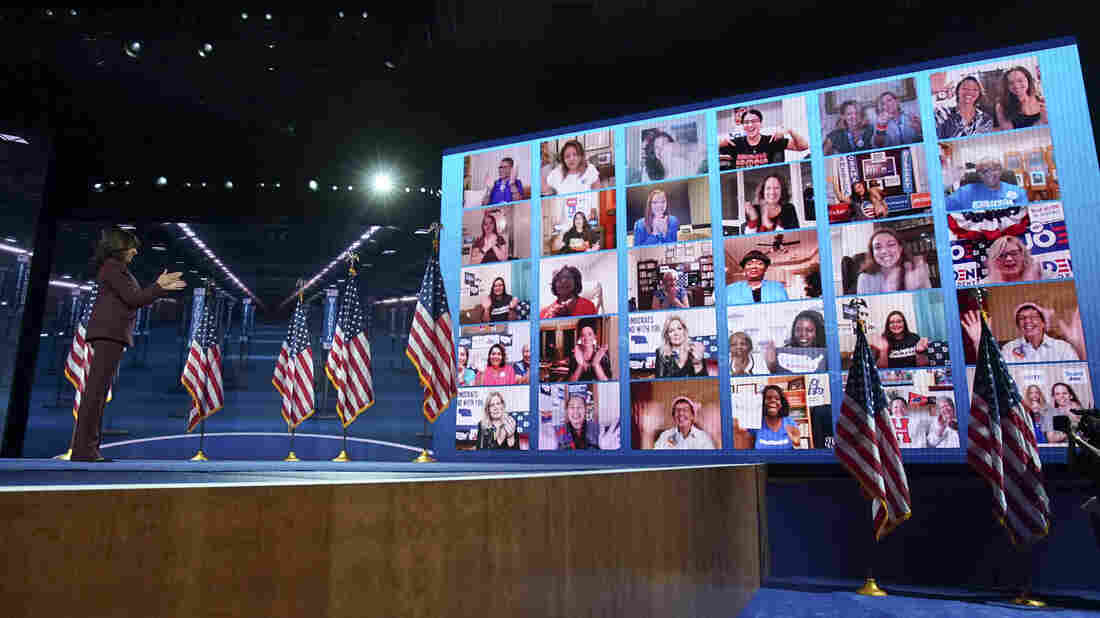 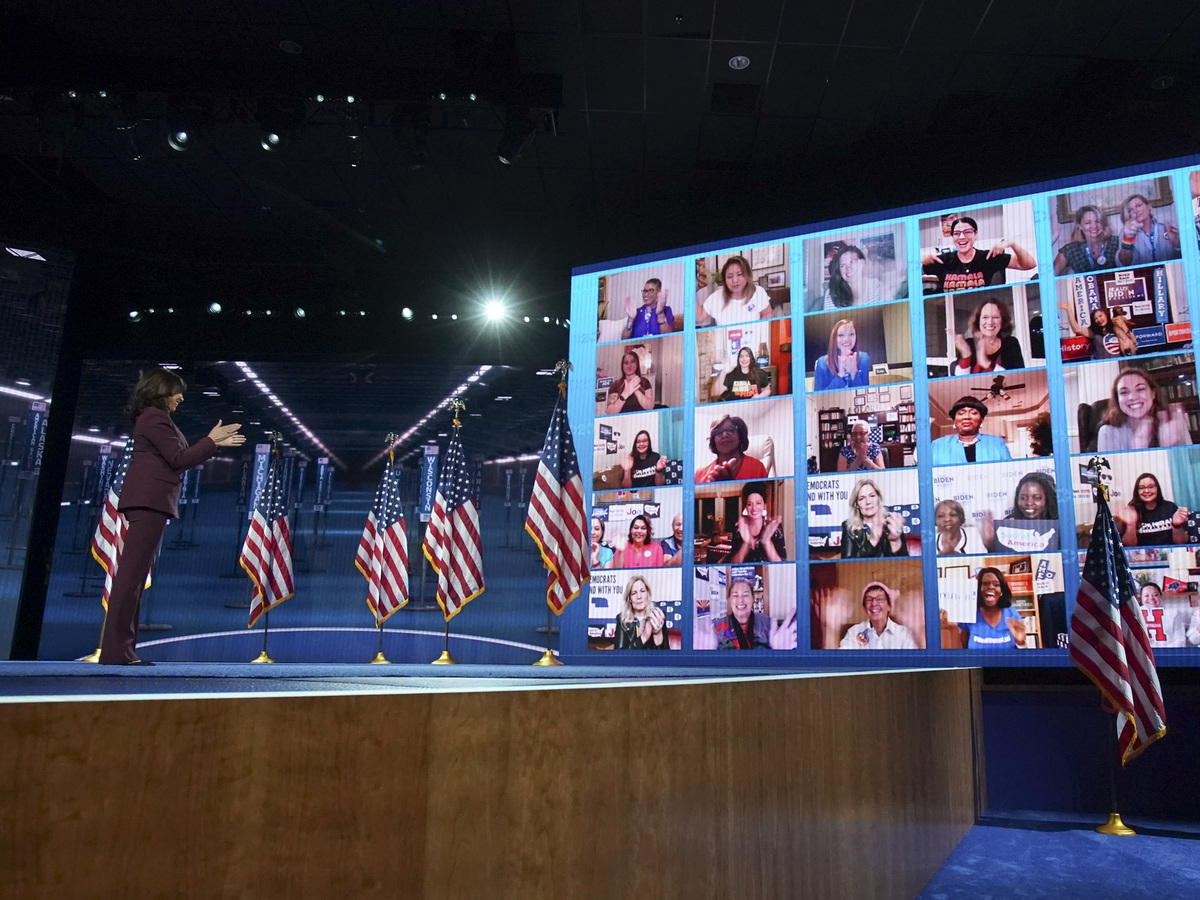 Senator Kamala Harris claps with viewers watching virtually after speaking during the Democratic National Convention at the Chase Center in Wilmington, Delaware.

Kamala Harris, Hillary Clinton and Barack Obama all made speeches on the third night of the Democratic National Convention—a more typical political lineup after the cross-party dockets of previous nights.

Harris, for her part, accepted her historic vice presidential nomination with a nod to her mother:

I keep thinking about that 25-year-old Indian woman—all of five feet tall—who gave birth to me at Kaiser Hospital in Oakland, California. On that day, she probably could have never imagined that I would be standing before you now speaking these words: I accept your nomination for Vice President of the United States of America.

(You can hear us talk about it in the podcast at the top of this page.)

Curious what else happened? Here's what stood out: