Accessibility links
It May Soon Be Against The Law Not To Walk Your Dog In Germany "Two hours of walking will soon be mandatory?" asks one headline in the German press. "Is the paternalism going too far?" demands another. 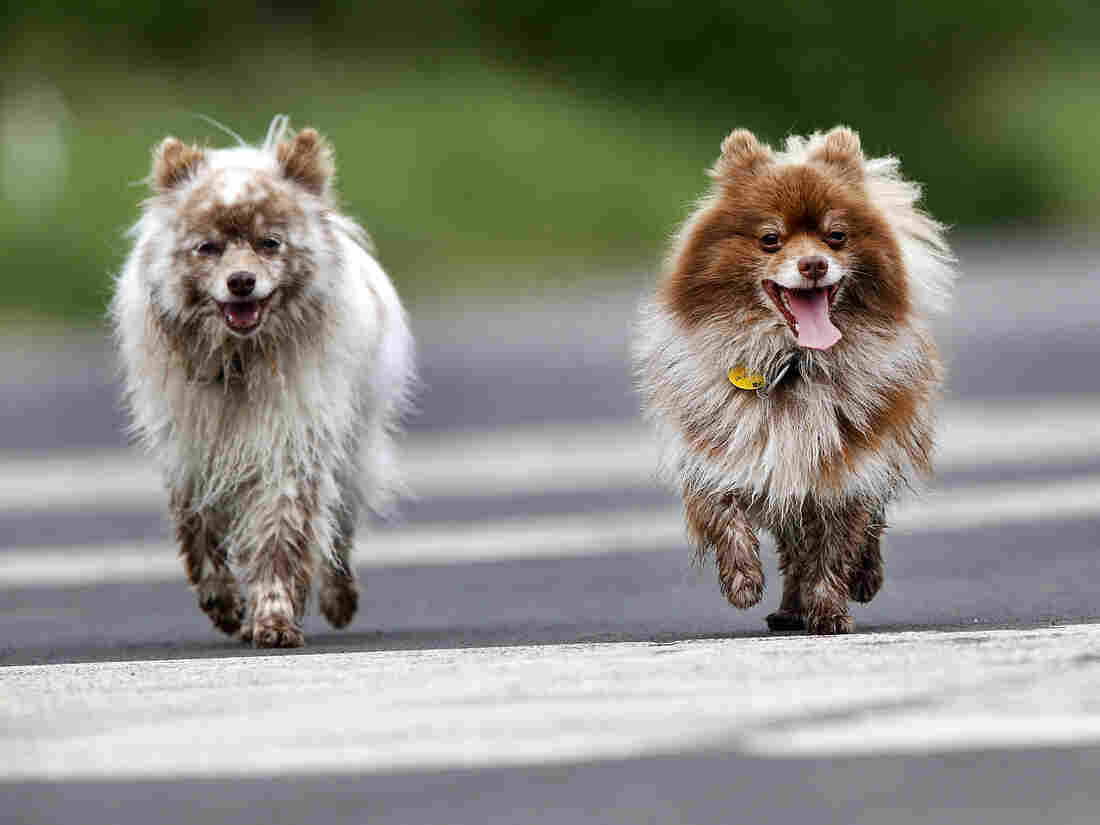 A proposed German law would require dogs to get exercise twice a day. Here, two pooches go for a walk in Frankfurt in 2016. Michael Probst/AP hide caption 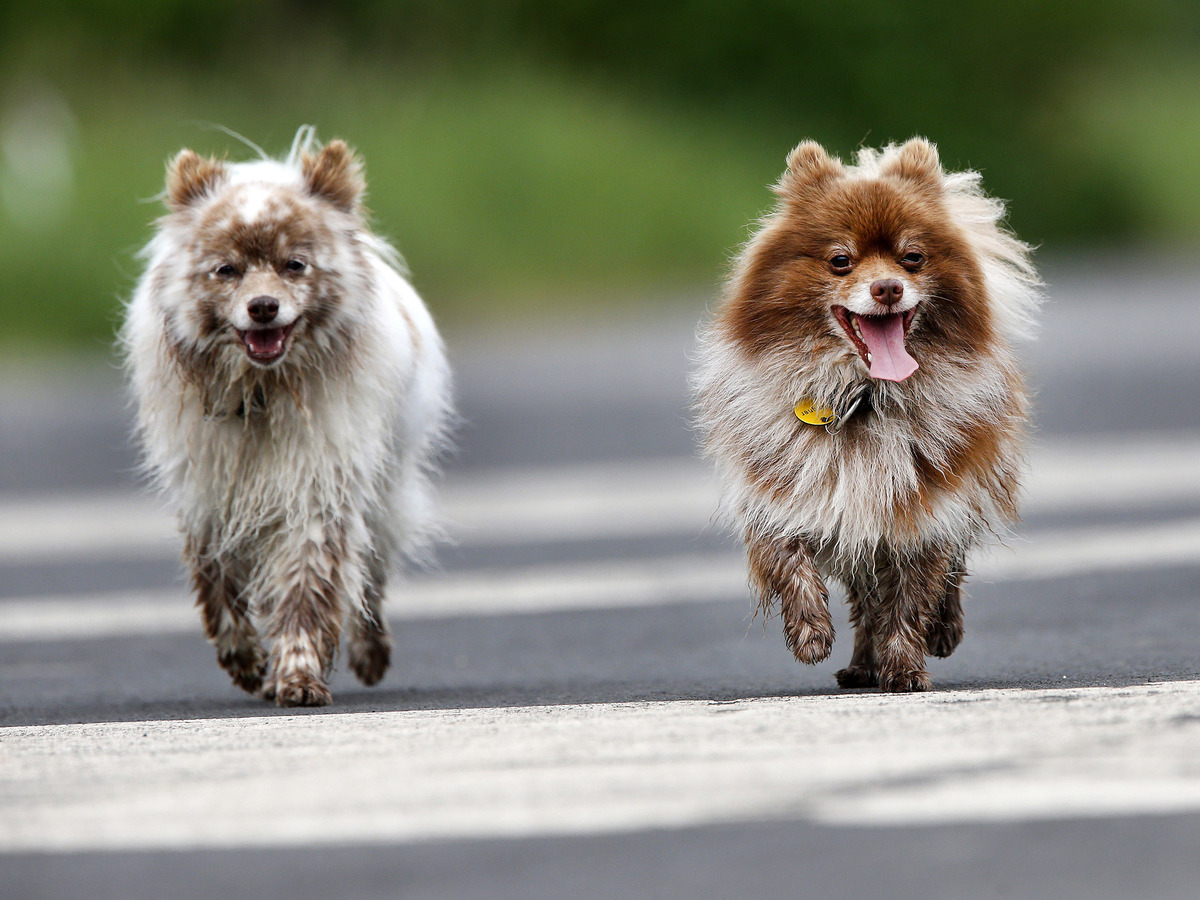 A proposed German law would require dogs to get exercise twice a day. Here, two pooches go for a walk in Frankfurt in 2016.

This week, German Minister of Food and Agriculture Julia Klöckner proposed an animal welfare ordinance that has some pet owners barking mad: a mandate to exercise one's dog twice a day.

The ordinance would require that dogs be "permitted to exercise outside of a kennel at least twice a day for a total of at least one hour," according to the ministry. "This is to ensure that dogs are given sufficient exercise and contact with environmental stimuli."

"Pets are not cuddly toys — their needs must be taken into account," Klöckner said. The ministry suggested the exercise might take the form of a walk, or letting the dog run around outside.

The ordinance has stirred much discussion in the German press. "Two hours of walking will soon be mandatory?" asks one headline. "Is the paternalism going too far?" demands another.

"I don't believe in regulation!" golden retriever owner Helge Melzer told the tabloid Bild. "Every dog ​​is different, has a different age, different diseases, and we have different climates. With the hot temperatures of the last few days, you shouldn't let your dog out for longer."

Bärbel Kleid owns a Yorkshire terrier in Berlin. "I find it patronizing to be told how long I should take my dog out for. And who is going to check up on me? Will the neighbor call the police if they suspect me of not taking Sam for long enough walks?" she told The Guardian.

But Julia Duden, who owns a 6-year-old Labrador, supported the law. "Going for a walk should definitely be a must!" she told Bild. "It is absolutely correct and important that you go out with your dog for at least an hour every day."

There's one question on everyone's mind, in a nation with 9 million dogs: How would such a rule be enforced?

It would be up to Germany's states to figure that out. A spokeswoman for the ministry said that authorities would not likely be ringing doorbells, asking dog owners if they had walked Fido yet.

It's not clear whether the proposed rules are aimed at pushing ordinary dog owners to give their pets more exercise, or if the measures are really aimed at commercial dog breeders.

A spokesman for VDH, the German dog breeders' association, said that a rule requiring specific amounts of time for dog walking doesn't hit the mark.

"A rule for all dogs is probably well meant, but unrealistic. Just like us humans, dogs are very different. There are dogs that need a lot more and some dogs that even get by with less," Kopernik said in an interview with Bild. "With very old dogs, it is enough to just lead them around the block twice a day."

The ordinance includes other provisions that have drawn less attention, including a ban on keeping dogs tethered to a chain, with an exception for working dogs under certain conditions.

Also included is a ban on exhibiting dogs at dog shows that have "tortured breeding characteristics." This might include breeds such as the French bulldog or the pug, which often have breathing problems due to their breeding for a short snout. The new rule is meant to remove incentives to breed such dogs and reduce demand for them, according to a ministry press release.

The German animal welfare association called the proposed regulations a step in the right direction — but said the new rule doesn't go far enough. The group's president, Thomas Schröder, said prospective dog owners should be required to prove expertise on dog care and training before purchase.

"A dog needs daily exercise in the open air and social contacts according to its needs. We welcome the fact that there are now more specific requirements," Schröder said.

And he had a suggestion that would likely aid enforcement of any dog exercise laws: "If you want to protect dogs, you should also require owners to identify and register their four-legged friends."