Accessibility links
Judge Rejects Trump's Latest Effort To Keep His Tax Records From Manhattan DA In dismissing the argument that a subpoena seeking eight years of the president's returns is "overbroad," the federal judge declared: "Justice requires an end to this controversy." 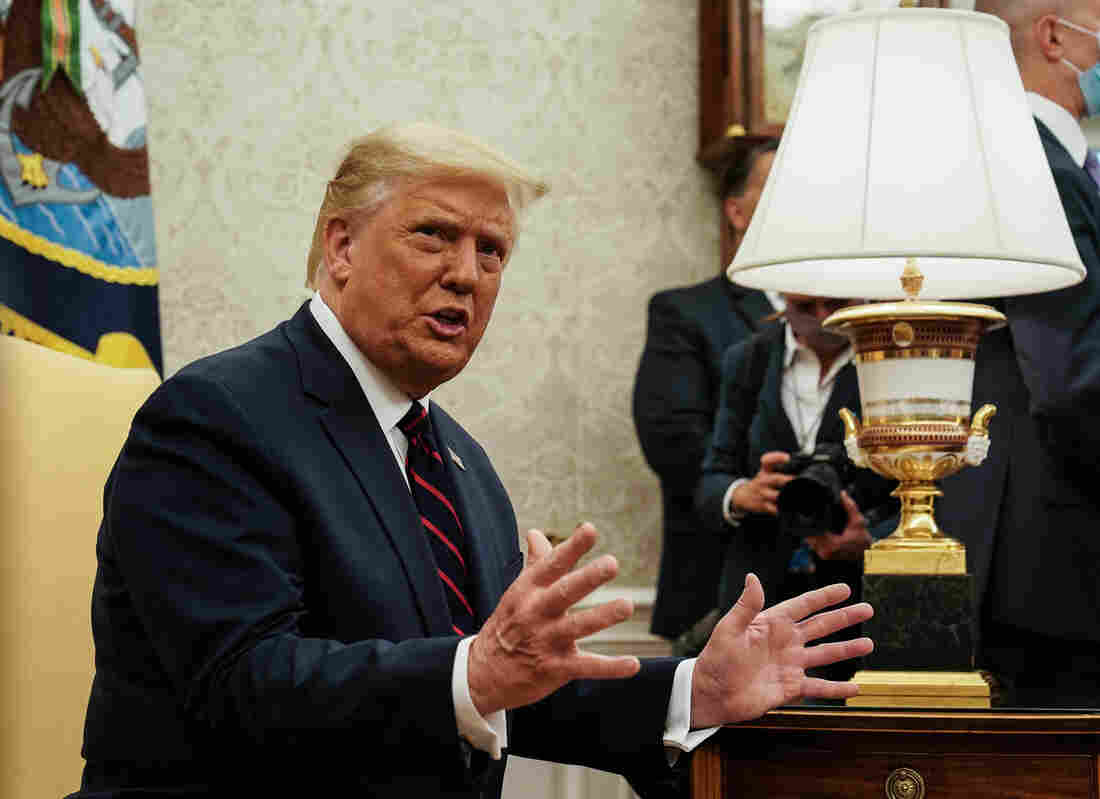 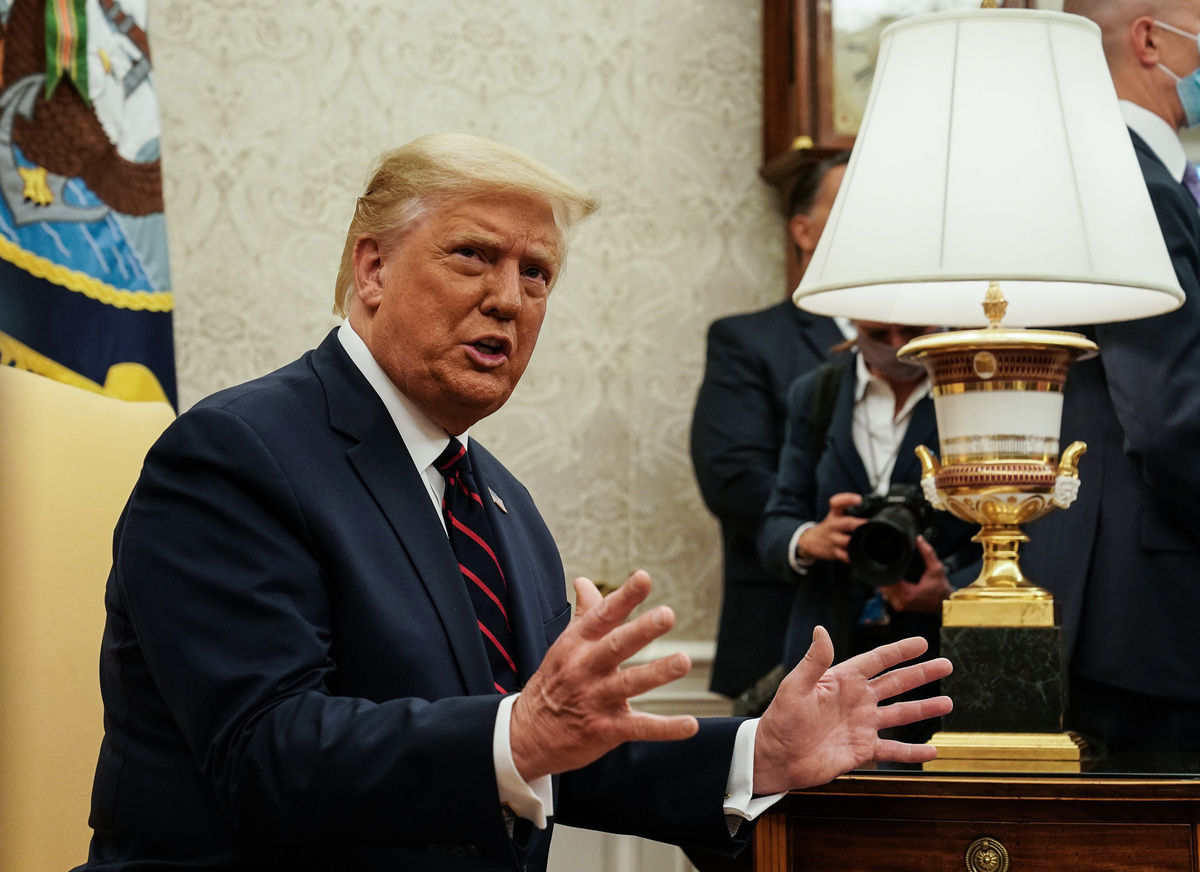 After meeting with Iraqi Prime Minister Mustafa al-Kadhimi in the Oval Office, President Trump addressed the judge's ruling, calling the case a "continuation of the witch hunt."

A federal judge has dismissed President Trump's latest attempt to block a subpoena for his tax records from the district attorney of Manhattan.

Thursday's ruling by U.S. District Judge Victor Marrero came in response to a filing by the president's personal attorneys that sought to prevent Manhattan District Attorney Cyrus Vance from obtaining eight years of his tax records. The president's legal team has argued that the subpoena to Trump's accounting firm, Mazars USA, is "overbroad."

In his ruling, the judge said Trump's legal team failed to show the subpoena was issued in "bad faith." Marrero wrote, "Justice requires an end to this controversy."

The decision follows a ruling from the Supreme Court in July that the president is not immune from a subpoena for his financial records from Vance's office.

Chief Justice John Roberts penned the court's opinion, writing, "In our system, the public has a right to every man's evidence," and "since the founding of the Republic, every man has included the President of the United States."

The court did, however, say Trump could return to the lower courts to raise objections to the subpoena.

Vance is investigating whether Trump or the Trump Organization violated New York state laws in connection with hush-money payments made to the adult film actress Stormy Daniels and other women who have said they had affairs with the president. The president has denied those allegations.

Speaking to reporters from the Oval Office on Thursday after a meeting with Iraqi Prime Minister Mustafa al-Kadhimi, Trump called the news a "continuation of the witch hunt."

"There's never been anything like it," he said, "where people want to examine every deal you've ever done, to see if they can find that there's a comma out of place. No president has every had to go through this. The Supreme Court shouldn't have allowed this to happen."

The president added: "We'll probably end up back in the Supreme Court."

Following the ruling, Trump's legal team filed an emergency motion asking the judge to stop the president's accounting firm from releasing Trump's tax returns until the attorneys can appeal.

Regardless of the court's response, the president's tax records are not expected to become public before the November election, ensuring it will remain an issue in the campaign. Following the Supreme Court's ruling last month, Democratic nominee Joe Biden tweeted a video tying the issue to corruption and transparency, telling the president to release his records or "shut up."

.@realDonaldTrump, you want to talk about corruption? I’ve released 21 years of my tax returns — release yours or shut up. pic.twitter.com/5JFDINCSeQ