Accessibility links
Remembering Grandfather 'Papu,' A Former Bracero Worker With 'A Twinkle In His Eye' Two cousins remember their grandfather, who came to the U.S. from Mexico during World War II and often masked his experiences with discrimination with humor. 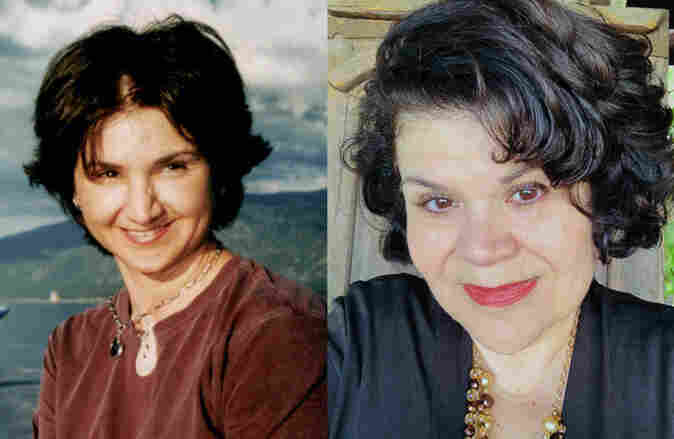 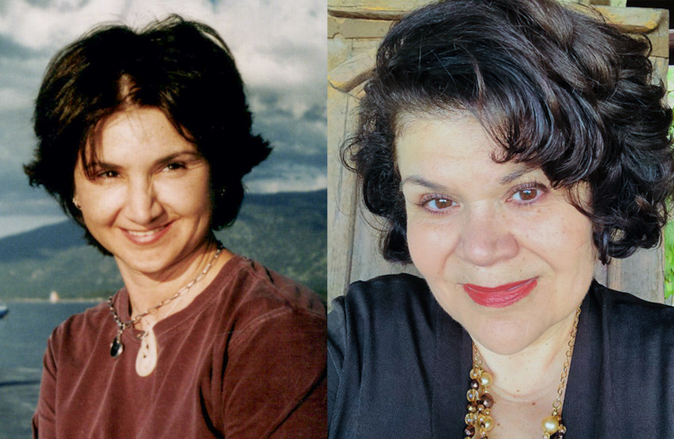 Ovilla came from Mexico during World War II as part of the Bracero Program, which brought millions of Mexican guest workers to the U.S. to address the country's labor shortage.

Though he was small in stature, to Escutia and Jimenez, their grandfather was a giant. In a remote conversation for StoryCorps last month, the two women remembered their late grandfather.

For Jimenez, now 60, one lasting memory is of him dancing in his Dickies work pants along to a marimba.

"He also had like a twinkle in his eye. I remember him looking like Winnie the Pooh," said Escutia.

His presence — "like a king holding his court," said Jimenez — was as commanding as it was endearing.

"He lived for seeing the kids laugh," she said. "I think because he suffered so much to come to this country, he never wanted us to experience any of that." 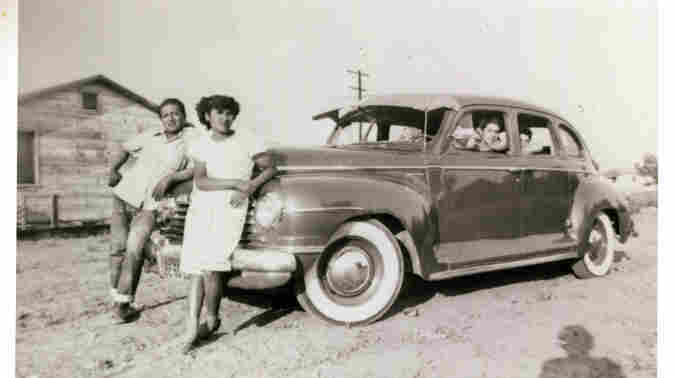 Ricardo "Papu" Ovilla, left, and the family's first car. Ovilla is pictured with his children Martha (next to him) and Aurelia and Rodolfo Sandoval (left to right, inside the car) in a photo taken in 1949 at a labor camp in Escondido, Calif. Courtesy of Marina Jimenez hide caption 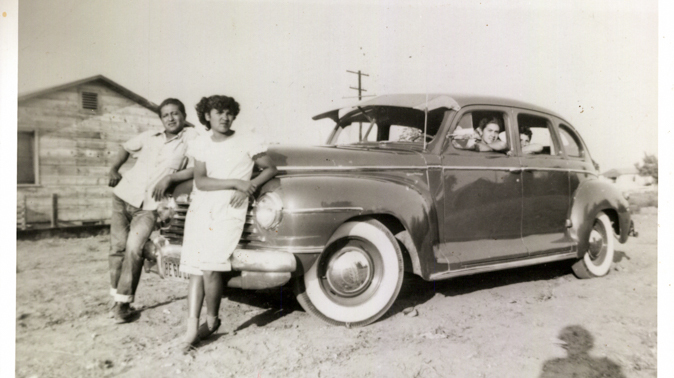 Ricardo "Papu" Ovilla, left, and the family's first car. Ovilla is pictured with his children Martha (next to him) and Aurelia and Rodolfo Sandoval (left to right, inside the car) in a photo taken in 1949 at a labor camp in Escondido, Calif.

As a bracero, Ovilla picked sugar beets and laid down railroad tracks in Oregon, according to Escutia. While in Montana, she said he was denied food due to discrimination against Mexicans.

"Thank God that his humor allowed him to bear a lot of indignities," she said.

Upon arrival in the U.S., many braceros were subjected to intensive, and often invasive, medical examinations and disinfection procedures in which they were sprayed with harmful pesticides.

"But he would say, 'Oh, you know, they disinfected me to make sure I didn't have the lice, los piojos,' " according to Escutia. "The head lice! So, to him, it was just a joke."

Even when their grandfather became a U.S. citizen, his fear of deportation never subsided. He would always keep his American passport in his shirt pocket as a matter of security, Escutia said.

"I told him, 'Don't do that. You can't be walking around to the supermarket with your passport.' " she recalled. "And he told me he would carry the passport because he was afraid that, 'people are not going to believe that me, a dark-skinned man, is a U.S. citizen.' You know, what can you say to that?"

Ovilla died in 1999. "I am just grateful that he is not alive to see today because it would scare him even more," Escutia said.

"That passport was a shield for him," she said.

At her grandfather's funeral, she slid his passport into his shirt pocket in his honor, before ordering the casket closed.

"I don't think that you need a passport to get to heaven, but just in case, you know, just in case," she said.

This interview comes from American Pathways, StoryCorps' new initiative to preserve the stories of immigrants, refugees, asylees and Muslims living in the United States.