Accessibility links
Crowdsourced Border Wall Donors Disturbed By Fraud And Money Laundering Charges Some donors have gotten their money back after contributing to "We Build the Wall." Former Trump adviser Steve Bannon and other officials at the nonprofit are accused of bilking donors. 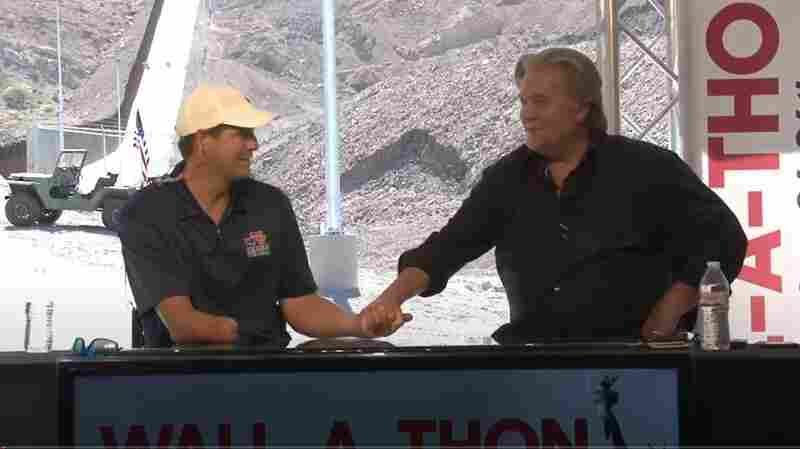 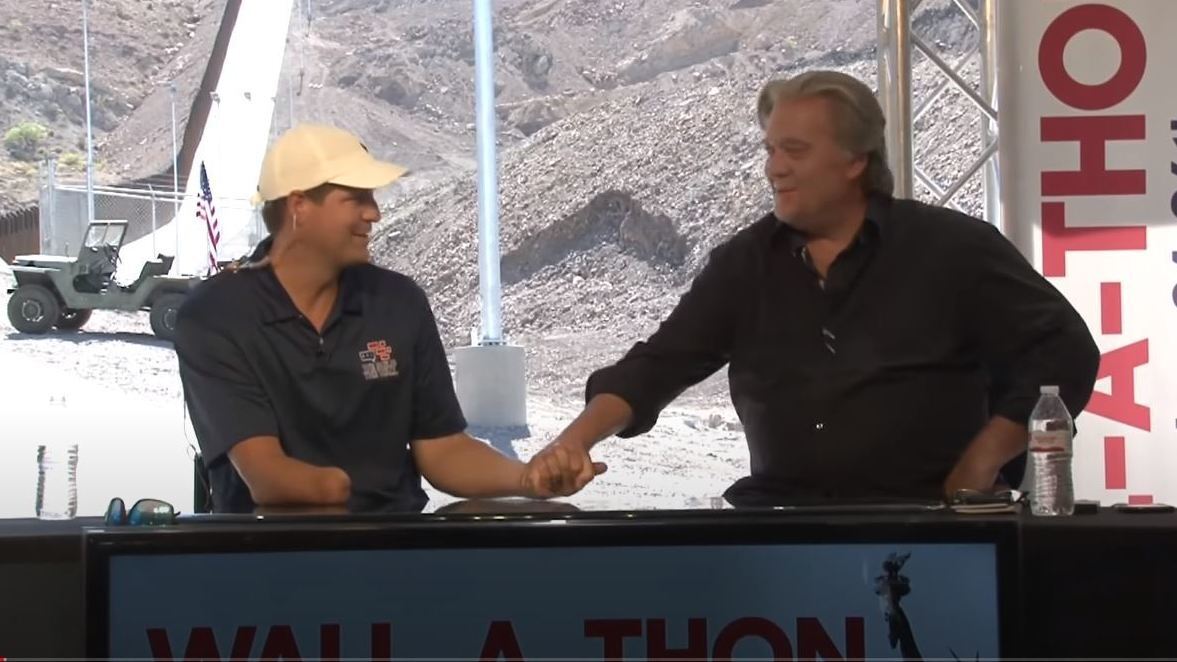 On June 24, 2018, former Trump adviser Stephen Bannon stood on a ridge in Sunland, N.M., kicking off a three-day telethon with a view of Ciudad Juarez, Mexico, in the distance.

"That is what separates it," he says, pointing to a tall metal fence climbing the hillside, "the wall, built by private money."

That half-mile stretch of wall had been completed with money donated to "We Build the Wall," an online crowdfunding campaign run by Brian Kolfage, an Air Force veteran who lost both of his legs and his right arm while on deployment in Iraq in 2004. Through a viral GoFundMe page and other fundraising efforts, Kolfage and Bannon — who served as chairman of We Build the Wall — raised more than $25 million in private donations from people who were told that 100% of their contribution would go straight into construction.

On Thursday, a U.S. attorney in New York charged the men with improperly diverting more than $1.3 million, much of it for their personal use.

Even before Thursday's charges, some donors had been raising questions about the project's progress and demanding proof and photographs of new construction. One week before his arrest, Kolfage was still on the crowdfunding page, asking donors for more money to meet new deadlines and claiming to have recently broken ground on two more sections of border wall.

Donor Alan Ohlde feels disturbed by this abuse of faith and goodwill, especially coming from these prominent conservative activists and organizers.

"To me, it's no worse than a crooked politician and we have plenty of those in Washington, D.C.," says Ohlde, who contributed $50.

Ohlde, who lives in Kansas, said he hoped his contribution would help the U.S. Customs and Border Patrol "limit the access of illegals coming across."

Lerien Hoyt also lost money to the crowdfunding effort but says she still believes in the cause because she wants security at our borders. She hopes the fraud allegations aren't true.

"Won't make me very happy," she said. "I'm kind of disheartened by that."

We Build the Wall's GoFundMe page was removed from the site, with Kolfage laying blame on censorship and attacks from Black Lives Matter activists. A spokesman for GoFundMe stated that the hosting platform has been cooperating with the investigation and has already returned roughly $6 million to donors.