Accessibility links
How To Prepare For A Hurricane: 5 Ways to Get Ready : Life Kit The best planning for a hurricane happens in blue skies, not gray skies. This hurricane season, get your checklist ready so you're not caught in a bad situation. 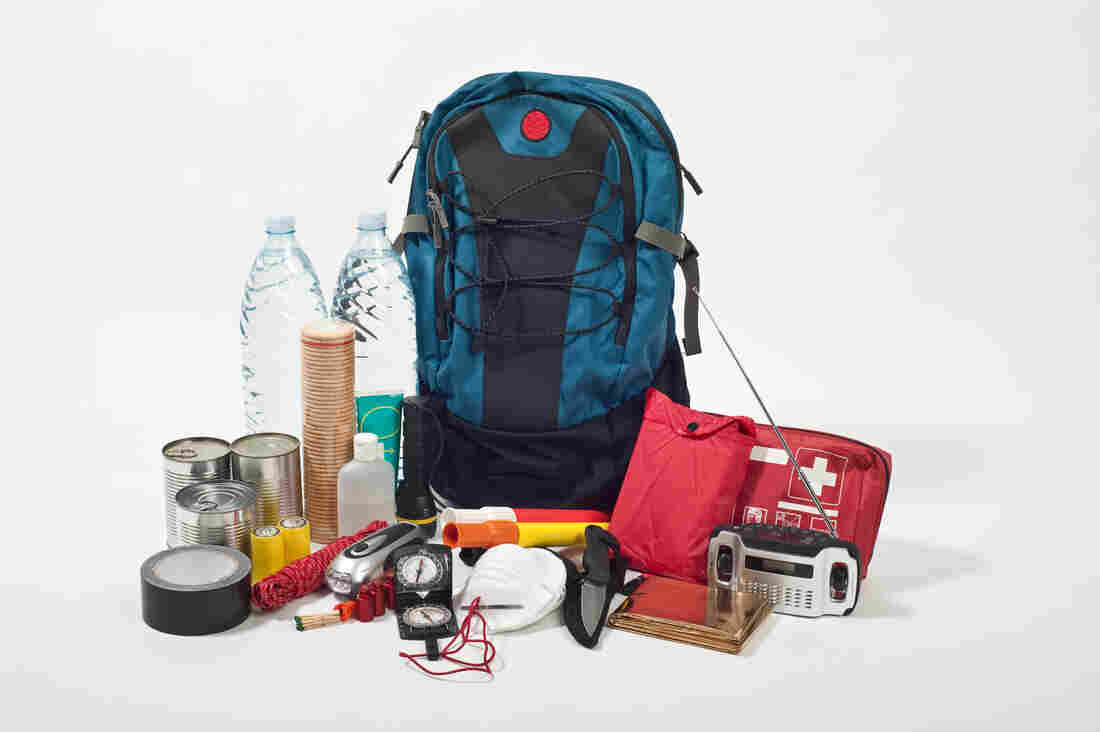 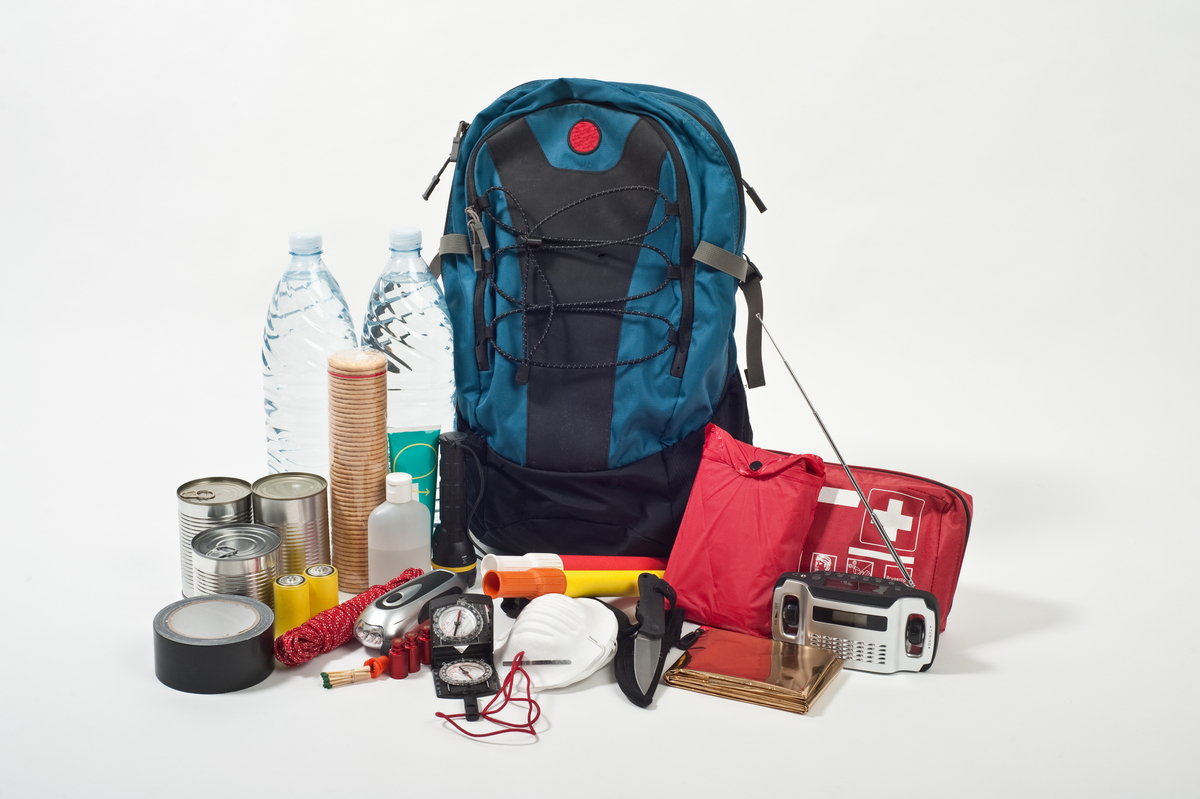 As if 2020 hasn't been challenging enough, it has also been a busy year for natural disasters. We're approaching the peak of a record-breaking Atlantic hurricane season, and wildfires are raging in the West. But it's not too late to be prepared.

"You want to do most of your planning and preparedness in blue skies," says longtime emergency manager Chauncia Willis of Tampa, Fla. "Don't wait until the skies are gray. Begin to think about what to do to survive right now."

Waiting to the last minute or taking on that "it won't happen to me" mindset could mean the difference between life and death.

Willis, co-founder and CEO of the Institute for Diversity and Inclusion in Emergency Management, remembers working at the emergency operations center during a hurricane and getting a frantic phone call from a family wanting local officials to check on their mother, who had not evacuated ahead of the storm. She couldn't help because it was too late — winds were already above 40 miles per hour.

"It just wasn't happening because that would put the first responders in danger," says Willis. "[I had] to tell the family that we can't respond right now — there's nothing we can do."

Willis says when you wait to evacuate, you run out of options. Yet every hurricane season she hears the same story time and time again.

"You have those who say, 'I want to stay and protect my house,' or 'I don't want to pay to have to shelter my animals,' " Willis says. "When you talk to them afterwards, they're saying, 'Well, I should have left ...' "

Willis says to do what you can to get ready now.

She created the Institute for Diversity and Inclusion in Emergency Management with co-founder Curtis Brown to provide additional support to underserved populations and vulnerable communities. She says disasters can have worse outcomes on those communities because of a lack of representation within the field of emergency management, largely dominated by white men.

"So there's this extreme disconnect," Willis says. "Our organization really was created to better educate and to ensure that everyone is receiving an unbiased response from our emergency management community so that everyone has a chance to really survive and thrive."

Here are some of her tips on how everyone can set themselves up to bounce back after a natural disaster:

"Run from the water, hide from the wind" is the adage when it comes to fleeing your home ahead of a hurricane. Willis says it's all about knowing your vulnerabilities. Are you in a flood-prone area? Do you live in a place that has only limited access in and out — the Florida Keys, for instance? Will you have to navigate around potential hazards?

She says to pay attention to weather forecasters and heed the advice from local emergency officials when they recommend an evacuation. Give yourself plenty of time to get out when the time comes, and map your route ahead of time, plotting alternatives. Leave time to properly secure your house and any outside items that might become dangerous projectiles in a storm, such as patio furniture or potted plants.

And make a plan about where to go. "The ideal plan would be to go to family and friends," says Willis. Public shelters should be your last option. "Shelters are a life raft," Willis says. "They're not a cruise ship." If you do go to a shelter, know what you can and can't bring along with you. For instance, most shelters won't accept animals, so find a pet-friendly option if you're evacuating with family pets.

She says it's also smart to have a family communication plan in case you get separated and can't reach one another. "You know, calling Aunt Mabel," Willis says. "And telling her that, 'Hey, I made it to a safe location. And I just want you to know that our carload is fine. Have you heard from the others?' "

New To Camping? Here's How To Get Started

"Anything that would be deemed critical not only for survival but your everyday usage," says Willis, of what to put in a go-kit.

Some of her recommendations of what to include:

3. Use a checklist to make sure you don't forget anything in the stress of the moment.

"One of my favorite resources that has a great checklist is the American Red Cross," Willis says.

4. If your resources are tight, be creative and seek help now to be ready.

"I've always encouraged the proper mentality, which is that mindset of perpetual preparedness," Willis says. You can do it on a budget by using what you have and tapping community resources. "Everyone doesn't have the financial wherewithal to purchase preparedness."

Collect used soda or juice bottles, clean them out with a bleach solution, rinse them and then use them to stockpile water. Secure nonperishable goods from a local food bank.

Willis says it's especially important for people with disabilities or chronic medical needs to make sure local responders know they may need assistance in an evacuation. The same goes for people who don't have reliable transportation — register ahead of time with your local government to let authorities know you will need a ride out.

"This is a result, in large part, because of what we saw with Hurricane Katrina," Willis says. "Where many people wanted to evacuate, they wanted to leave in advance, but they had no access to transportation."

Willis says the threat of a natural disaster is significant with climate change. "Storms have become much more powerful," she says. "They are moving at a more rapid rate. So think about that. The storms are becoming larger. They're costing more. They're creating more, more damage. So it costs more to recover from them, and they're becoming much more frequent."

She says now the ability of emergency responders to cope with disaster is strained because of the coronavirus pandemic. Shelters have had to modify staffing and capacity, for instance. Willis says it changes "every aspect" of disaster preparedness and response.

This podcast portion of this story was produced by Andee Tagle.

We'd love to hear from you. Leave us a voicemail at 202-216-9823 with a greeting, your name, your phone number and a random life tip. It might appear in an upcoming episode. Or send us an email at LifeKit@npr.org.