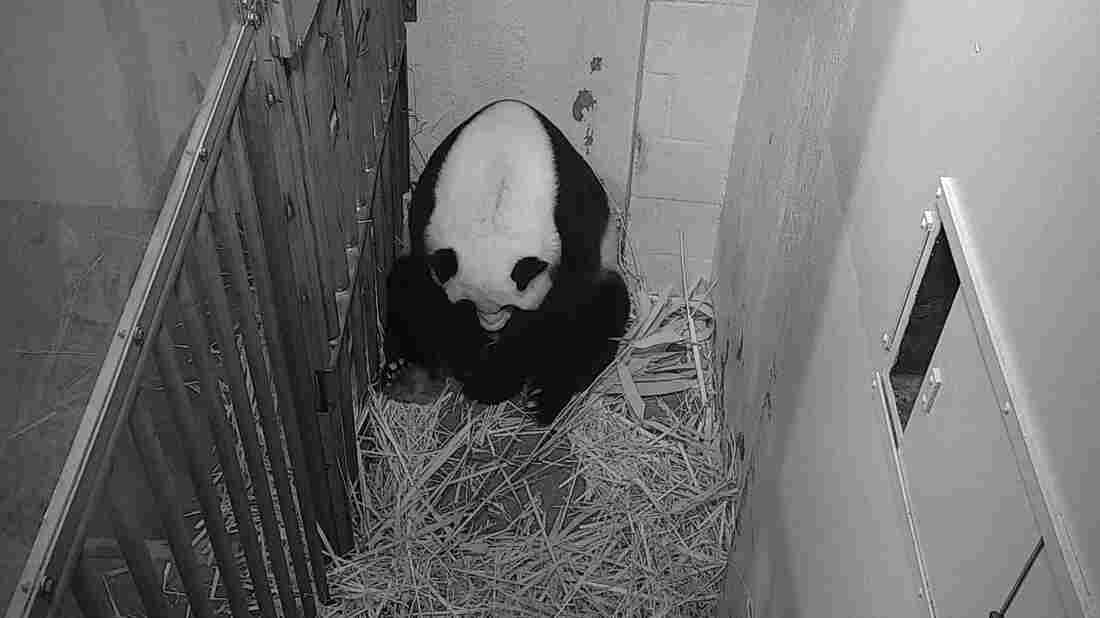 Giant panda Mei Xiang is seen after giving birth to a cub Friday at the National Zoo in Washington. Smithsonian National Zoo via AP hide caption 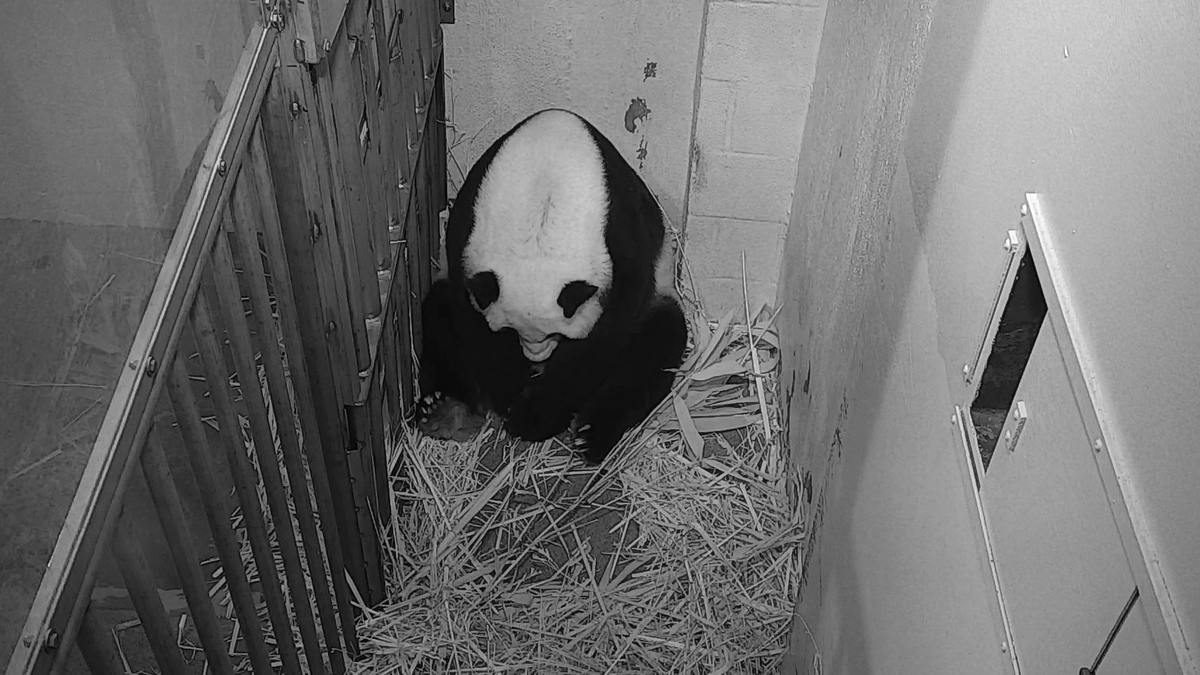 Giant panda Mei Xiang is seen after giving birth to a cub Friday at the National Zoo in Washington.

Mei Xiang, the 22-year-old panda at the Smithsonian's National Zoo, has given birth to a cub.

"A precious giant panda cub has arrived!" officials announced Friday, adding that they are "overjoyed."

🐼 A precious giant panda cub has arrived! We’re overjoyed to share that Mei Xiang gave birth at 6:35 p.m. and is caring for her newborn attentively. Positive mothering behaviors include nursing her cub and cuddling it close. 👀🎥 TUNE IN: https://t.co/99lBTV2w92. #PandaStory pic.twitter.com/x02fEYfAmx

The latest addition to the zoo was born at 6:35 p.m. ET, and zoo officials said that Mama Panda "is caring for her newborn attentively."

"Positive mothering behaviors include nursing her cub and cuddling it close."

The sex will take some time to determine.

"External genitalia in bears doesn't develop until the bear is several months old," the zoo says. "The best, and most reliable, way to determine a bear cub's sex is through DNA analysis."

The newborn's father is the zoo's male panda, Tian Tian, who won't be involved in his offspring's life, as is the way in the wild.

The arrival of the black and white cub makes Mei Xiang the oldest panda to give birth in the United States, according to USA Today.

Experts are closely monitoring Mei Xiang and the newborn. Although she has given birth to six other cubs, only three survived more than a few days.

"Keepers are watching Mei Xiang's behavior and hope to see her nurse the cub and cradle it close to keep him/her warm," caregivers wrote on Instagram.

"They're also listening for loud squeals, which are signs of a healthy cub."

Those interested in watching the new family can do so on the zoo's live broadcast stream, which can be seen here. Although, be warned, frustrated fans have been complaining that the site has been crashing all day.

While parts of the zoo have reopened to the public, the indoor panda exhibit where Mei Xiang lives is closed, giving the mother and newborn some privacy.

A previous version of this story said the newborn is a male. In fact, it's not yet possible to determine the sex.