Accessibility links
As Pandemic Persists, Health Care Heroes Beginning To Crack Under The Strain Many doctors are suffering burnout five months into the pandemic. But the toll is compounded for Latino doctors serving heavily affected Latino communities. Some are now beginning to seek help.

Listen · 4:35 4:35
As Pandemic Persists, Health Care Heroes Beginning To Crack Under The Strain 4:35 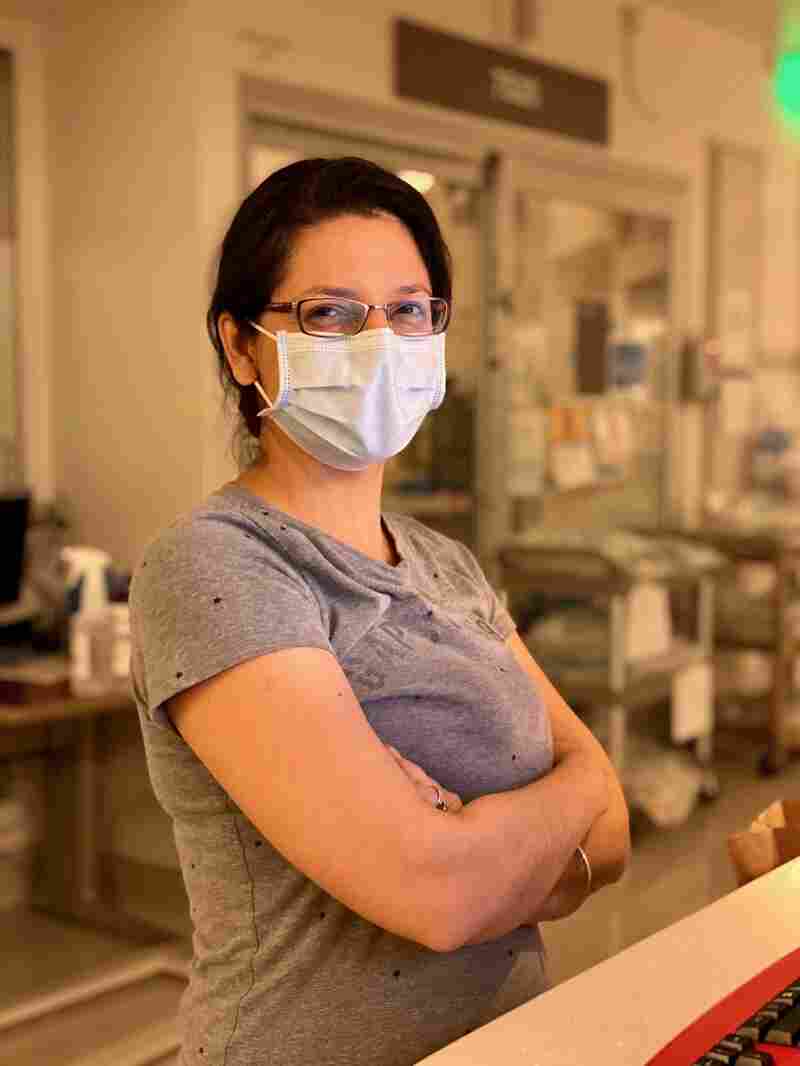 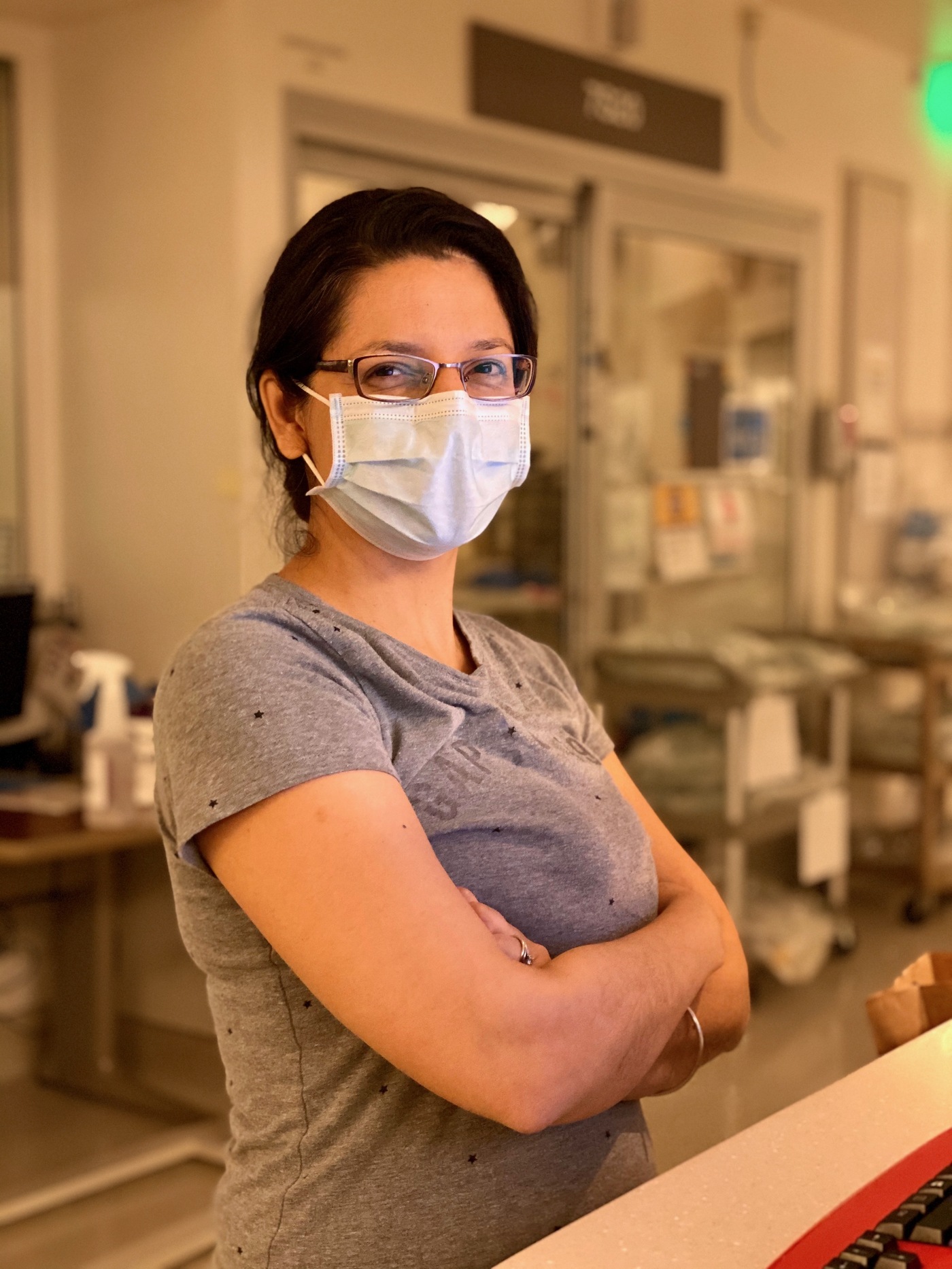 After five months working shifts at an emergency department in Oakland, Douglas Frey says he's mentally and physically spent. Most days the tall, athletic-looking 47-year-old nurse ends his shift depleted by what he calls an undercurrent of tension.

Every day, Frey worries he'll make a mistake — picking up a contaminated mask, perhaps — and bring the virus home to his two boys and wife, who is immunocompromised. He's worried about his hospital's ability to source enough masks and protective gear for him to do his job safely.

Frey is not alone among medical staff when it comes to pandemic burnout.

The unflappable health care heroes of the current crisis are beginning to crack under the strain. Doctors, nurses and other professionals are not only fighting an intractable virus day after day, they're also coping with isolation, shifting official guidelines and limited ways to recharge.

These workers cited the unavailability of protective gear, inadequate testing and the risk of spreading the virus by discharged patients as their primary concerns. Physicians noted their stress levels have decreased their affection with family members.

Staying Strong During Lockdown Means Reaching Out — And Working Your Mind, Too

The gowns in one recent shipment to Frey's hospital were so thin that managers encouraged workers to double up when they wore them, he says. But, "even with two, they'd come off in shreds by the time you got them off."

Now, he has the opposite problem. The gowns in the current stock are made of thick, impermeable vinyl. He often leaves the hospital soaked in sweat.

Frey's work frustrations are compounded by the drumbeat of bad news and what he considers to be a lack of cohesive response on the part of political leaders.

"I'm exhausted by the fact that every family, store, business, organization, school, city, county and state is having to duplicate efforts to try and figure out what to do," he said.

And now he's bracing for a potentially overwhelming wave of patients this fall when COVID-19 collides with cold and flu season.

Before the pandemic hit, 42% of more than 15,000 physicians responding to an online survey by the medical news website Medscape reported being burned out. High rates of depression and suicide in the medical profession have long been a problem.

Experts fear the coronavirus crisis will only make those numbers go up.

"When the stress of hospitals gets unbelievably high, it ceases to be a place where we get sustenance or feel like we're being helpful," said Bradley Dreifuss, an emergency medicine physician and public health specialist at the University of Arizona in Tucson. "Instead we feel helpless."

Dreifuss wrote a New York Times editorial in June to draw attention to health care fatigue. He wrote the article from an Airbnb after nine consecutive shifts. For months, he has lived there alone to protect his wife and 10-year-old daughter.

He says many of his colleagues are starting to withdraw emotionally and show increasing levels of cynicism, which inspired him to add mental health services to an initiative he started called HCW Hosted. At first, the online platform connected health care workers with temporary housing, but now doctors and nurses can access mental health support as well.

"COVID patients are much sicker than our typical patients physiologically," he said. "When you're working with constrained resources and uncertainty, it makes it a lot worse."

The days began to blur together for Dinora Chinchilla, a pulmonologist specializing in critical care in Los Angeles County, where the virus has killed more than 5,000 people.

"All I saw was COVID, COVID, COVID," she said. "I didn't know Monday from a Saturday. I felt like every day was on repeat."

Recently she finally took a few weeks off to recharge. Many days, when the 39-year-old looked around the intensive care unit, every single patient was connected to a ventilator. Most were older, overweight, diabetic and Latino. The group has been three times as likely to get the virus compared with whites in the U.S. Public health experts credit that to essential jobs, multigenerational homes, and higher rates of comorbidities like diabetes.

"Seeing how disproportionately COVID has affected the Latino community and being able to be that person for them now is what I always wanted," said Chinchilla. "But that comes with a big burden."

As a kid growing up in East L.A., she dreamed of treating low-income families like hers. Bridging that barrier inspires her to work longer shifts than many of her colleagues, she says. Current COVID-19 protocols do not allow visitors inside the hospital, so she has insisted on personally calling the families of Latino patients, because she believes it's kinder to deliver what is often devastating news directly rather than through a translator.

The heartache didn't end at work. When Chinchilla unlocked the door to her house, her two young children would run toward her. But she had to head in the opposite direction.

"How sad is that?" she said. "Not being able to hug your child when she's so happy that you're home because you've been gone for 14 hours."

Chinchilla didn't embrace her kids until she scrubbed herself raw in a scalding shower. A recent break helped her reconnect with them, but the whole time, she still felt the tug of the hospital.

"I feel that sense of duty," she said. "This is my specialty. This is what I signed up for. I have to be there." 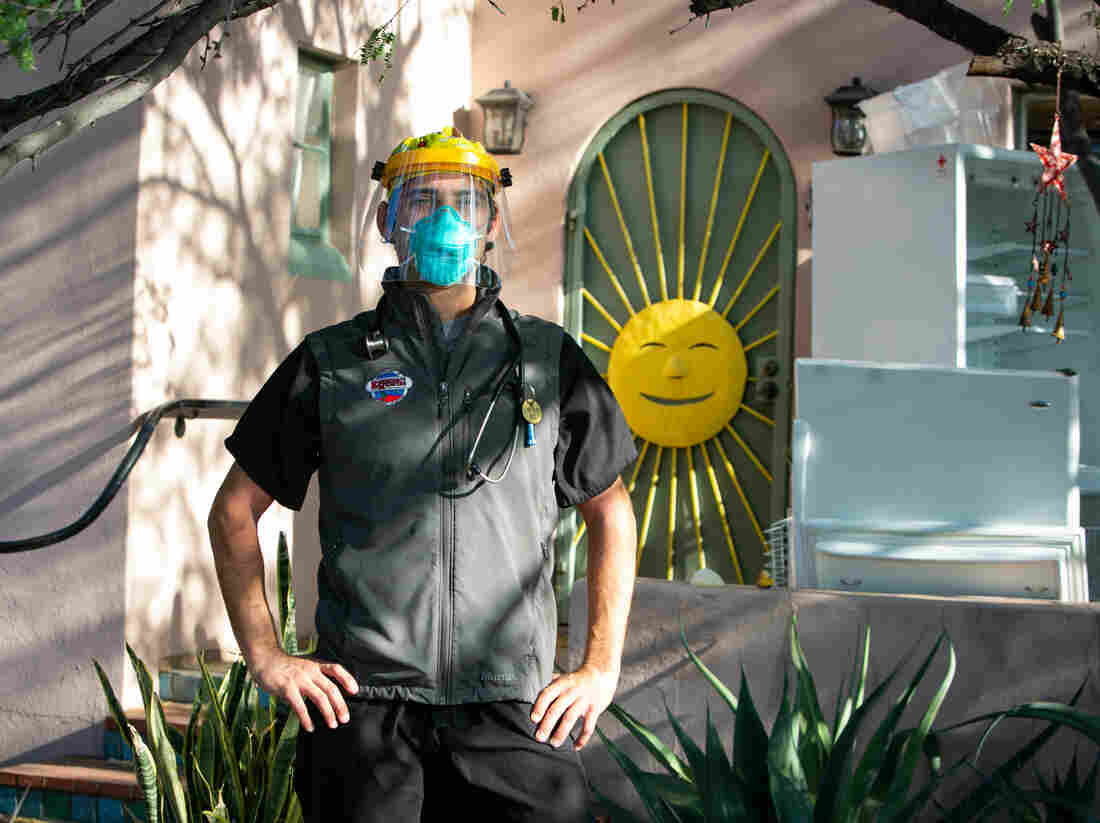 Dr. Bradly Dreifuss has been living in an Airbnb for months to ensure he doesn't bring the virus home to his wife and daughter. Courtesy of Kathleen Dreier hide caption 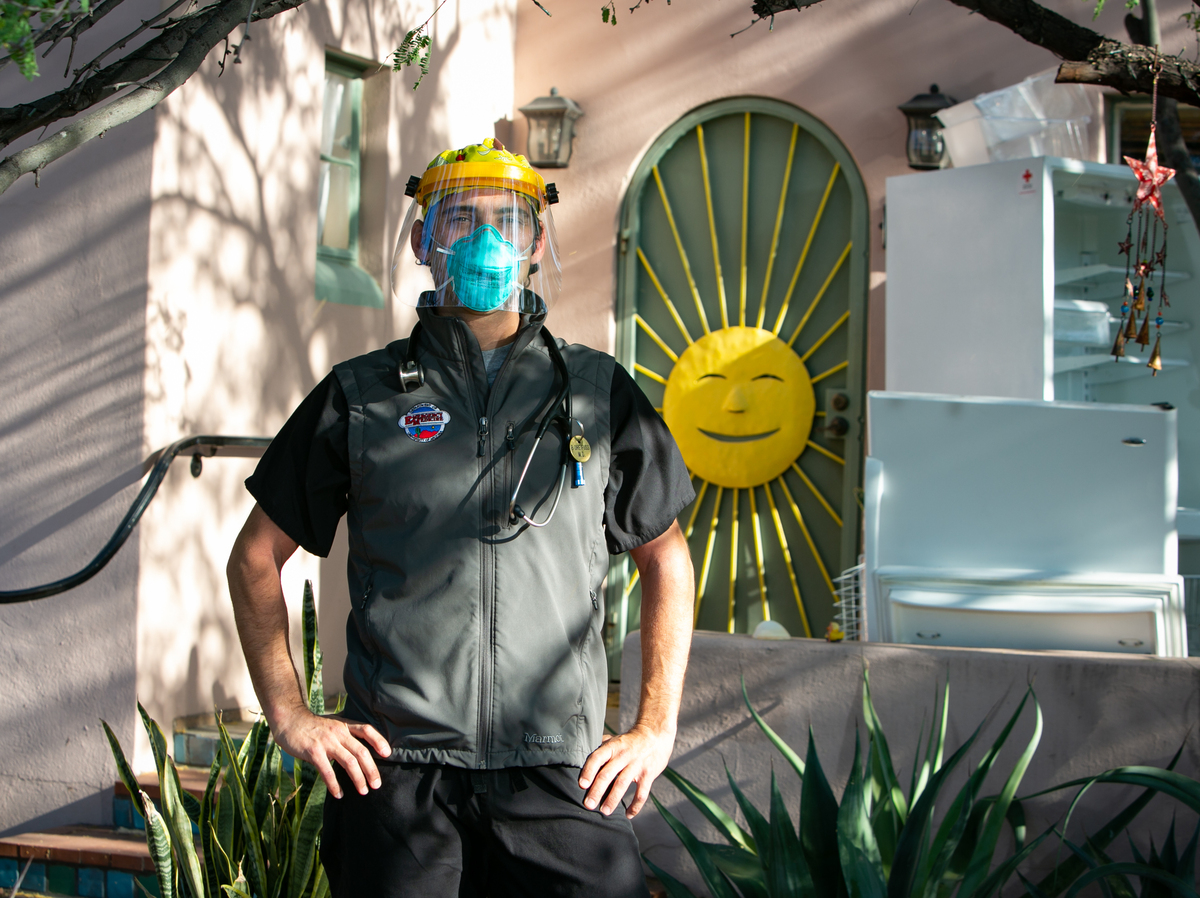 Dr. Bradly Dreifuss has been living in an Airbnb for months to ensure he doesn't bring the virus home to his wife and daughter.

Victor Cisneros, a 39-year-old emergency department physician, can relate. He treats patients in Orange County. His hospital is running out of beds for patients, many from families just like his.

"I grew up very underserved," said Cisneros, smiling. "I come from a very humble family. I'm the first physician, the first person to graduate college."

He's originally from Mexico, but now much of his family lives in Los Angeles. Even though they live near one another, social distancing has made it hard for them to feel close. For Cisneros, the lack of physical contact is exacerbated because he lives alone.

"You just feel trapped," he said. "Because you're in the ER for 10 hours, which is intense, exhausting. It smells. People are vomiting. There's blood."

He used to disconnect from work by working out or going to dinner with friends. But now, his gym is closed and many of his friends don't want to hang out, knowing he's around sick people all day.

"So, I'm on a couch in front of a screen by myself. It's almost like you're in jail."

'I Will Kill You': Health Care Workers Face Rising Attacks Amid COVID-19 Outbreak

He fears the current situation is not sustainable, especially for physicians who were already burned out. "This is probably the tipping edge for them," he said.

Doctors aren't known for seeking help, said Dr. Deborah Marin, a professor of psychiatry at Mount Sinai's Icahn School of Medicine. "Suffering is kind of part of the profession to some degree," she said. "But people shouldn't be suffering."

"The idea is to shore up people's resilience and be supportive of them," Marin said. "They need to feel like they're not in this alone."

The program includes a hotline, a wellness app and workshops designed to help connect nurses and doctors. The program is providing a model for other hospitals. She says the most important step is to ask for help, which could mean starting a conversation with a supervisor, friend or a therapist.

Which could be good advice for not just doctors, but all of us.