Accessibility links
RNC 2020 Schedule And Speakers: Trump, Tim Scott, McCloskeys A small number of Republican leaders will be physically present in Charlotte, N.C., on Monday, but most of the convention will be virtual.

RNC Schedule: Here's What You Need To Know

RNC Schedule: Here's What You Need To Know 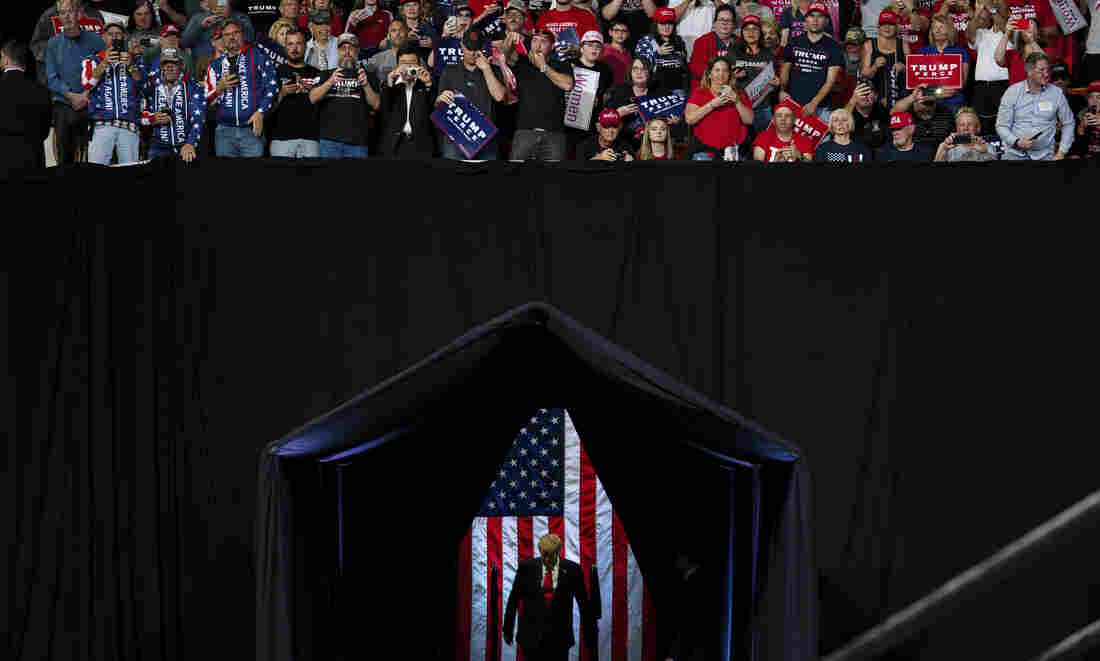 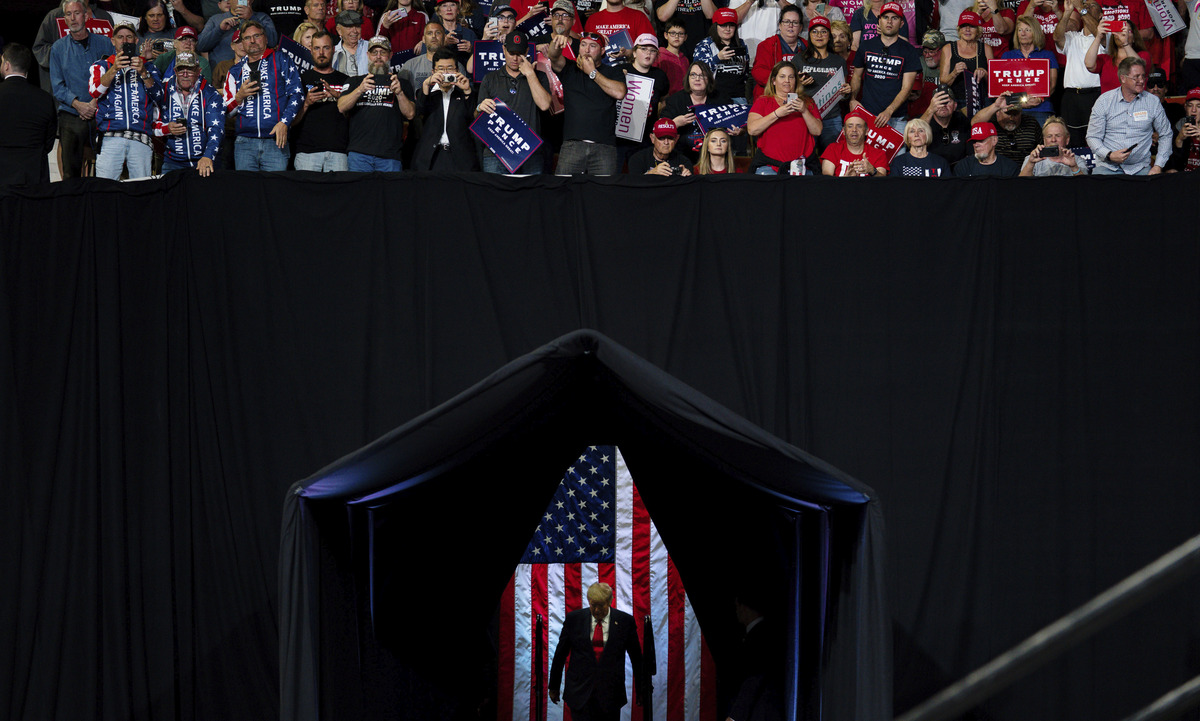 President Trump arrives to speak at a campaign rally at Veterans Memorial Coliseum on Feb. 19 in Phoenix.

Follow live coverage of the RNC all week at NPR.org/conventions.

The Republican National Convention kicked off on Monday, just days after Joe Biden accepted the Democratic Party's presidential nomination, and runs through Thursday.

A small number of Republican leaders were physically present in Charlotte, N.C., on Monday, but most of the convention will be virtual.

Originally, all four days of the convention were set to take place in Charlotte. But President Trump moved the majority of the convention events to Jacksonville, Fla., in June after a dispute with North Carolina's governor about safety protocols related to the coronavirus. Then in July, following a significant spike in cases in the Sunshine State, Trump canceled the Jacksonville events.

Trump will now accept the nomination from the South Lawn of the White House on Thursday, though he is also expected to take part in all four nights of the convention.

Additional speakers will appear from various locations. According to the Trump campaign, the central convention location will be the Andrew W. Mellon Auditorium in Washington, D.C.

Schedule: Who's speaking and when?

The main theme of the GOP convention is "Honoring the Great American Story." Each night will feature remarks from political leaders as well as "everyday Americans whose stories are filled with hope and patriotism," per the Trump campaign.

Monday, "Land of Promise": During the day, a maximum of 336 delegates convened in Charlotte, conducted the roll-call vote and formally renominated Trump and Vice President Pence for the Republican Party's presidential ticket.

Mark and Patricia McCloskey are set to participate in the convention on Monday too. The McCloskeys garnered national attention in June for brandishing their guns at Black Lives Matter protesters outside their home in St. Louis. The couple faces felony charges.

Nick Sandmann, a former student of Covington Catholic High School in Kentucky, is also expected to speak Tuesday. In January 2019, a video of Sandmann face-to-face with a Native American protester on the steps of the Lincoln Memorial went viral. Sandmann later sued several media organizations for their coverage of the events, which he said falsely represented what happened. (He recently settled with CNN and The Washington Post.)

Thursday, "Land of Greatness": Trump will deliver his acceptance speech from the White House.

Republicans will also hear from the parents of humanitarian aid worker Kayla Mueller, who was killed by ISIS in 2015; as well as Alice Johnson, a woman who was serving life in prison until Trump commuted her sentence, in part pushed by Kim Kardashian West.

What else happens at the convention?

In past years, the Republicans have used the convention to finalize their party's updated platform and rules, although as of mid-June, the Republican National Committee said it will not be updating its 2016 party platform and will keep it as is until 2024. It also remains unclear if the RNC plans to publicly update the party's rules.

How do I watch the convention?

Visit NPR.org for live video, analysis and fact-checking; listen to NPR's special coverage on many public radio stations. Subscribe to The NPR Politics Podcast for a post-convention recap each night.