Accessibility links
Review: 'Luster,' By Raven Leilani Raven Leilani's new novel will make you cringe for all the right reasons. It's an intergenerational, interracial love story with a heart of noir and gallows humor, so honest it will make you squirm. 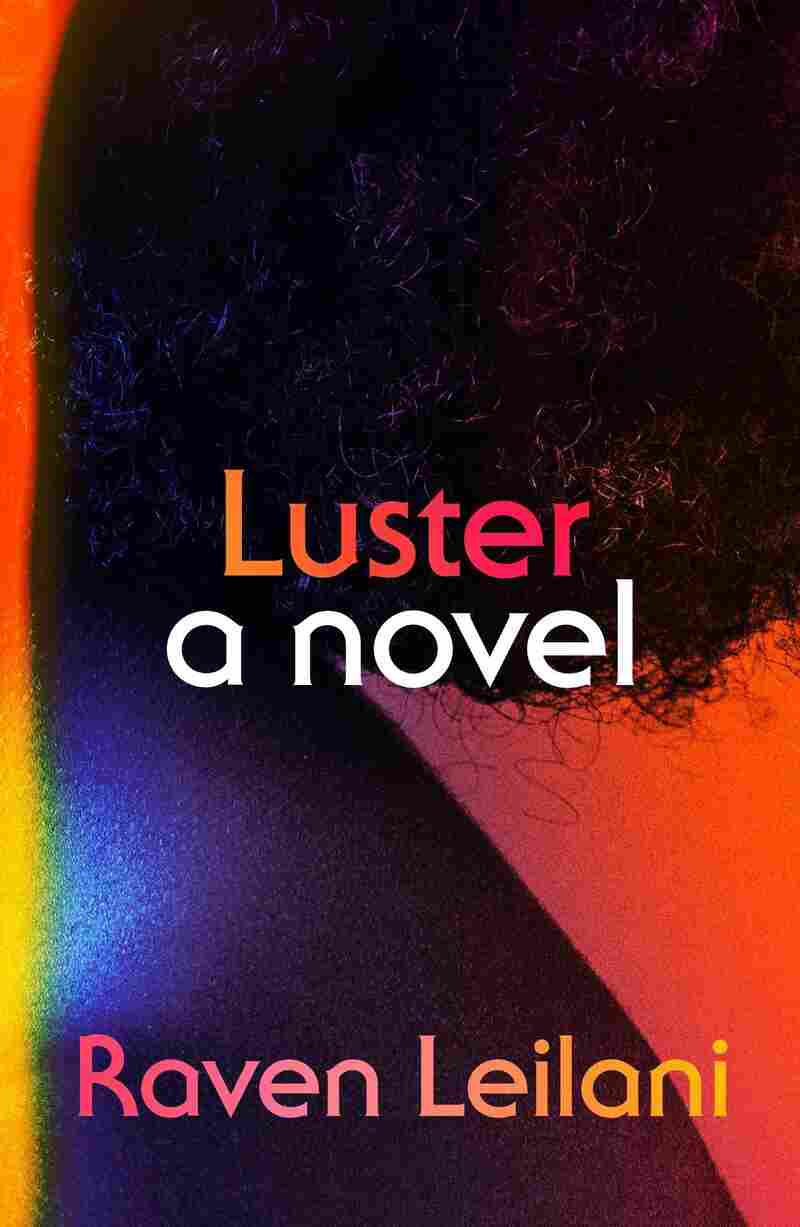 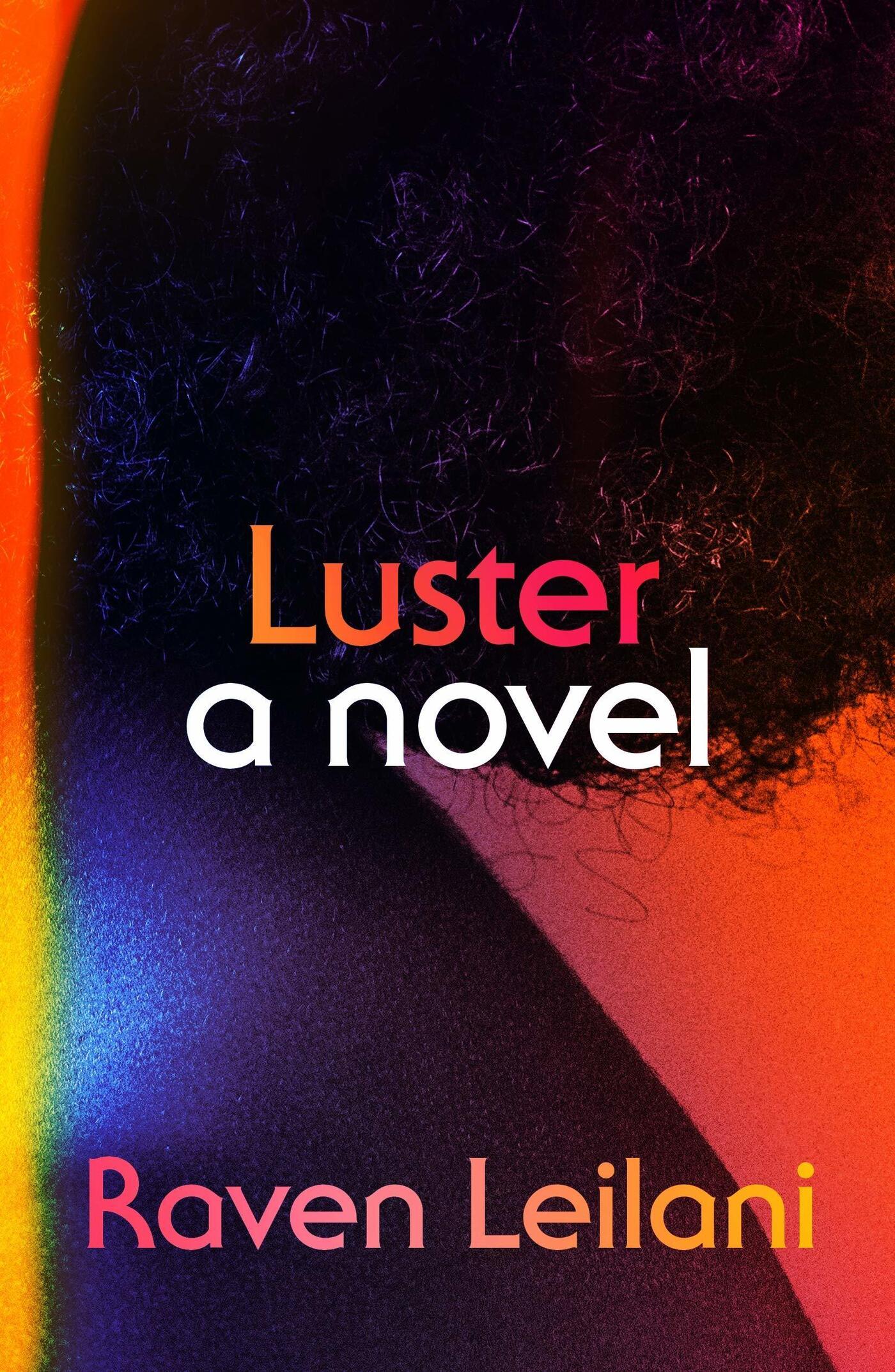 Books that make me cringe are usually bad. You know, books where suspension of disbelief refuses to stay even if you hold it at gunpoint, stories of whitewashed cities where everyone is beautiful, stories with dialogue so eloquent it sounds like Martin Luther King, Jr. debating Pericles. Luckily, sometimes a book comes along that makes me cringe for all the right reasons. Raven Leilani's Luster belongs to this select group.

Edie is in her 20s, working an admin job in a publishing company, and sharing a roach infested apartment in Bushwick. She's also making bad choices, watching porn at work, and sleeping with a few coworkers. Then she meets Eric, an older married man in an open relationship who works as a digital archivist. They start dating, but things get complicated. For starters, Eric is white and Edie is Black. Also, Eric's wife, Rebecca, has a set of strict rules for them; Edie breaks one when she sneaks into Eric's house, and she gets caught. When her behavior at work catches up to her and she loses her job, Edie ends up in Eric's home again – only this time, Rebecca has invited her in. While trying to find a new place and a new job, Edie develops a friendly relationship with her lover's spouse and with their adopted daughter, a young Black woman named Akila.

A short review of this novel could easily be a laundry list of the topics it tackles, half a dozen quotes, and a single sentence: "Read this now." Luster is an exotic hybrid — a depressing intergenerational love story with a heart of noir wrapped in gallows humor, some sexy scenes, and a look at race in this country that takes into account differences of age and class. It is also incredibly bleak, and so honest it will make you squirm:

"I'm an open book," I say, thinking of all the men who have found it illegible. I made mistakes with these men. I dove for their legs as they tried to leave my house. I chased them down the hall with a bottle of Listerine, saying, I can be a beach read, I can get rid of all these clauses, please, I'll just revise.

Leilani understands ennui well, and Edie is full of it. She hovers above situations, recognizing that what she's doing is wrong, but never doing anything to correct herself. She feel she's "good, but not good enough, which is worse than simply being bad. It is almost." Her actions reflect this weariness: She cuts herself with a sword after being fired. She ignores basic hygiene and uses her bathing suit as underwear for days instead of doing laundry. She allows Eric to hit her after she sneaks into his house. Not dark enough for you? Try this line: "There are times I interact with kids and recall my abortion fondly, moments like this when I cross paths with a child who is clearly a drag."

Despite all the depressing stuff here, Luster is brilliant. Leilani writes as if she's stabbing the keyboard with scalpels made of class resentment and memories of racism and misogyny. Edie and Eric come from different worlds — one has everything and the other is always a step away from losing the little she has. This difference, along with their age gap and race, frames a narrative that's packed with sardonic lines and sharp observations.

Leilani writes as if she's stabbing the keyboard with scalpels made of class resentment and memories of racism and misogyny.

Mentioning discussions of race or misogyny often makes readers frown. Don't fret — Luster isn't a preachy novel. In fact, it is often the opposite; a hilarious and kinky story about what it's like to be young right now. However, it is also a novel that regularly — and fiercely — stops, looks at you, and says "Oh, by the way, this happens and it's beyond messed up" in a way that catches you by surprise and makes you angry at whatever it's just pointed out:

I load up on the free hand lotion the publisher started putting out after it was revealed that the women in the company (a whopping 87 percent of the employee base) are still making less than the men.

Luster smashes together capitalism, sex, loss, and trauma and constructs something new with the pieces, using pitch-black humor as glue. That this Frankenstein's monster of genres and topics works so well is a testament to Leilani's talent. That it all happens in a debut novel makes it even more impressive. Edie is a unique character, a young Black woman full of dissatisfaction who constantly engages in self-destructive behavior. She is flawed and bright, funny and broken, depressed and horny. Edie is unforgettable, and so is Luster, a novel that shines with a distinctive darkness. Yes, the world is burning and maybe you feel like a depressing novel is the last thing you need, but there is pleasure at the core of every cringe Leilani will force on you.