Accessibility links
To Fight Systemic Racism, You've Got To Be Anti-Racist : Life Kit Even white supremacists don't like to be called racist. That's why, NPR's Eric Deggans says, "not racist" doesn't feel like quite enough. In this episode, he walks us through steps to being anti-racist — in other words, ways you can continually strive to undo racism in your world and within yourself. 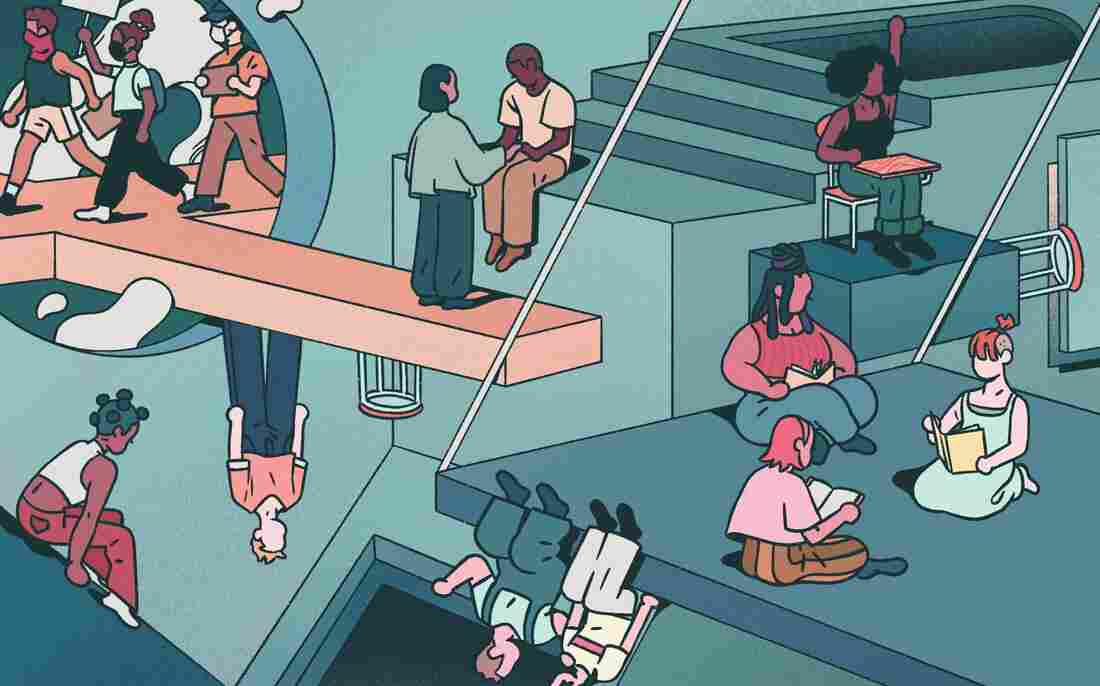 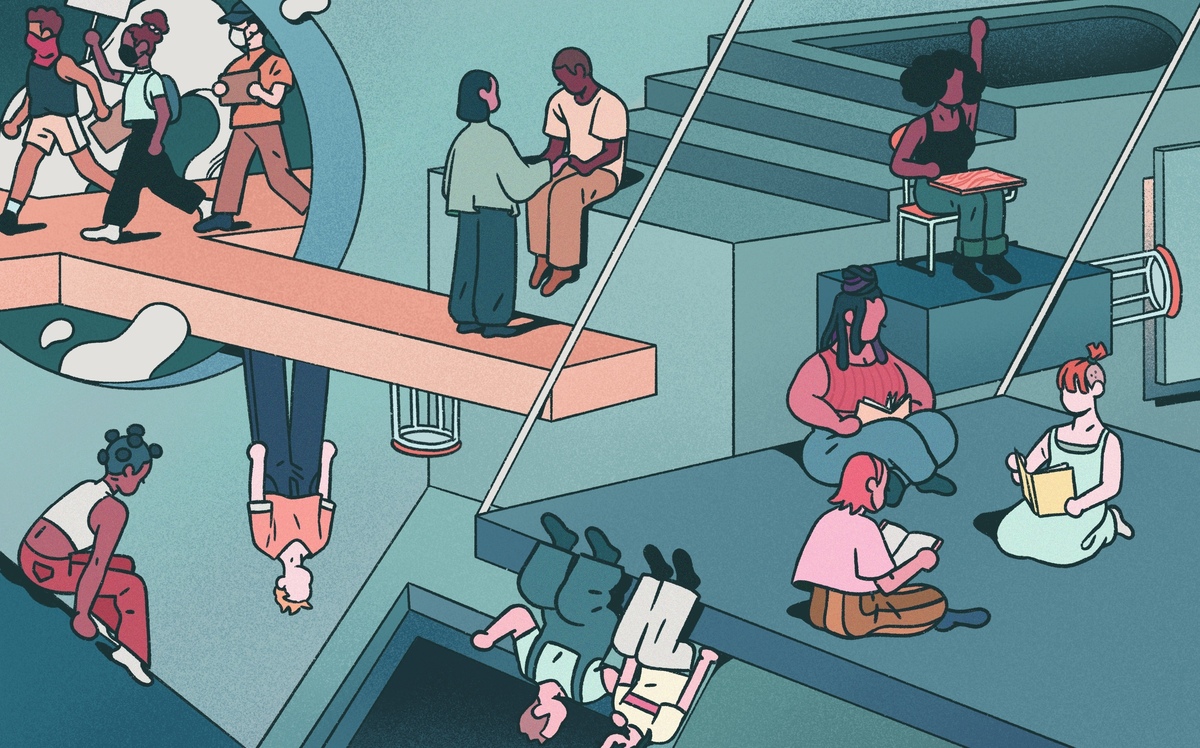 When the topic of racism comes up, I often think of a billboard in the small town of Harrison, Arkansas.

It was a sign promoting a white supremacist radio station called White Pride Radio. The sign's message, emblazoned next to the picture of a cute-looking white girl with a cute-looking dog, read "It's not racist to [heart] your people."

My takeaway: Even white supremacists don't want to be called racist.

Which might explain why, for people dedicated to fighting racism, simply saying you're "not racist" doesn't feel like quite enough. To effectively defeat systemic racism — racism embedded as normal practice in institutions like education and law enforcement — you've got to be continually working towards equality for all races, striving to undo racism in your mind, your personal environment and the wider world.

In other words, you've got to be anti-racist.

You may know me as NPR's TV critic. But I've also spent years exploring how systemic racism affects media and society. I've written a book about it, called Race-Baiter, and built a TEDx talk around how to talk about race across racial lines. As a Black man who speaks often on these subjects, I find race, racism and anti-racism to be things people think they know but often don't – at least, not as well as they think they do.

As the world continues to sort through a racial and civil rights reckoning kicked off by police killings of Black people like George Floyd and Breonna Taylor, now more than ever, people want to know how to be anti-racist.

After talking to a few experts, I and the good folks at Life Kit have come up with a few suggestions.

Tip #1: Accept that we've all been raised in a society that elevates white culture over others. Being anti-racist will mean first challenging those notions inside yourself.

This was one of the most important takeaways from my conversation with Anneliese A. Singh, who just joined Tulane University as its first Associate Provost for Diversity and Faculty Development. She's also written a workbook on these issues called The Racial Healing Handbook.

"Everyone who lives in the United States kind of learns some form of anti-Black racism," Singh says. "I think we have to ask ourselves that question...How does anti-Black racism live within us?"

Singh calls white supremacy "white body supremacy," a term used by therapist Resmaa Menakem, as a way to emphasize how racism has a visceral, physical impact; elevating white bodies, and bringing trauma to non-white ones.

She suggests some people may even go through a process similar to the stages of grief — especially those who have privilege because of their white or light skin – when they uncover their unconscious bias and realize how extensively systemic racism affects their perspectives.

"I'm going to be in denial if I'm white or have light skin about how white supremacy works," she says. "[We'll move] through that denial into some anger...And then when we go into acceptance, I think then we can really leverage our lives to make a difference."

Tip #2: Learn the history of racism and anti-racism, especially in America, to educate yourself about the complexities of the issues you'll be confronting. 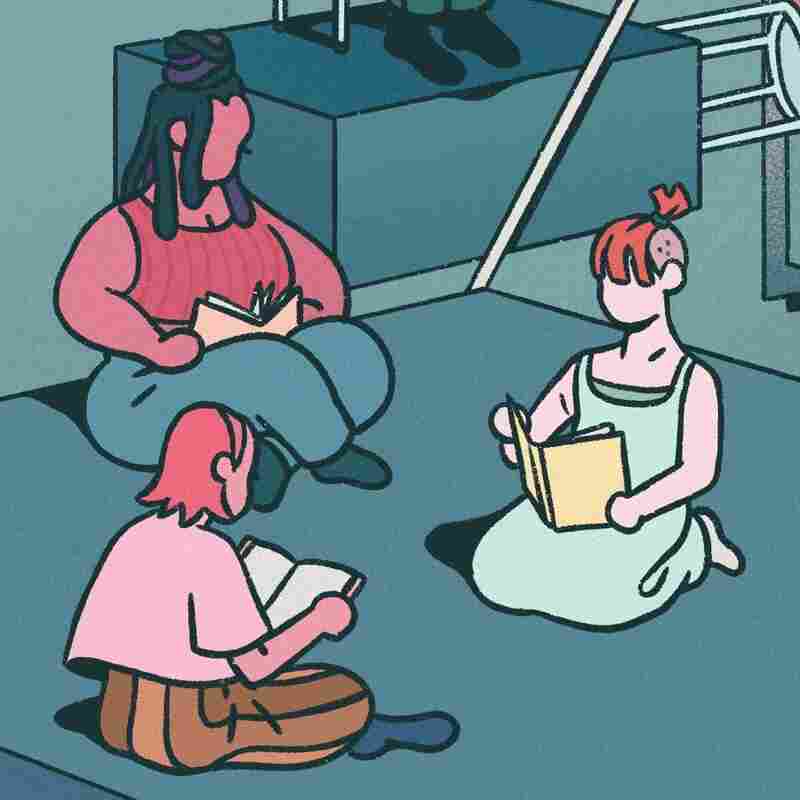 A glance at the 2020 bestseller lists reveals lots of great books on anti-racism, from Ibram X. Kendi's How to Be an Antiracist to Layla Saad's Me and White Supremacy and Robin DiAngelo's White Fragility.

Most of them note that, for white folks, anti-racism involves learning to accept that white people have a racial culture, too. I've said white supremacy's greatest advantage is that white racial culture in America is often treated like it's invisible; not directly talked about among white people, some of whom joke that they have no culture.

Singh says people of color can benefit from similar study and introspection, with a particular focus on identifying and challenging any ideas that may breed colorism or contempt for other non-white groups. She calls this dynamic of elevating whiteness among non-white people, "internalized whiteness."

One important note for white people: When people of color share their experiences with white supremacy, believe them.

"I can't tell you how many people I've seen who claim to be anti-racist and care about building anti-racist organizations," Singh says. "But when people of color speak, they're like, 'Oh, well, they're doing it wrong.' Or 'That's one (person's experience).' You have an opportunity in that moment to believe what that person is saying."

Tip #3: Seek out films and TV shows which will challenge your notions of race and culture and dive in deeply, learning to see anti-racism in new ways.

I'm probably biased, but I've always felt TV shows and films teach us how to dream about what is possible in society and what ought to be. (For example: I insist Morgan Freeman's performance as a Black American president in Deep Impact and Dennis Haysbert's turn as President David Palmer on 24 made it easier for some voters to imagine a Black POTUS when Barack Obama came around.) 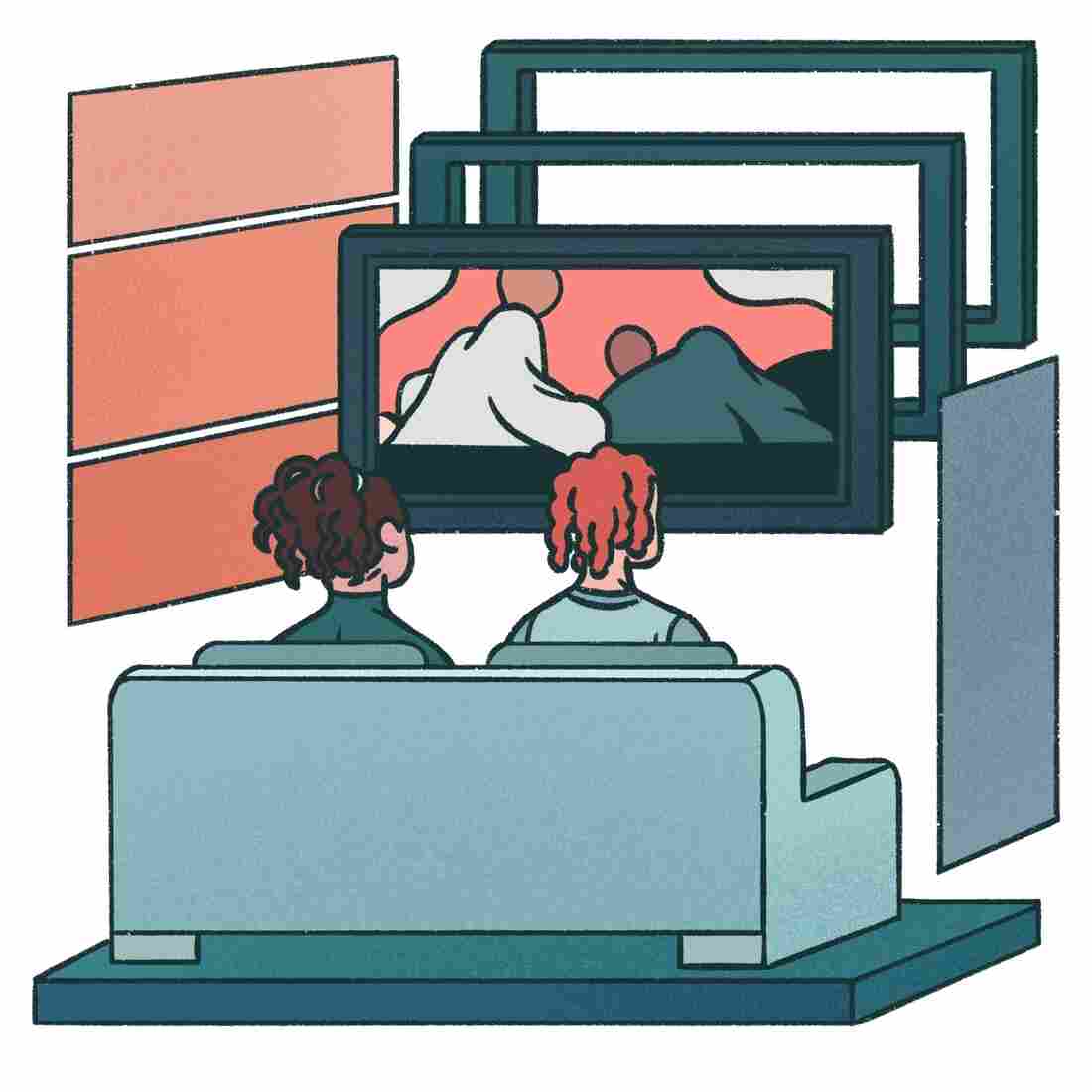 So I wasn't that surprised when Justin Simien, creator of the Netflix drama Dear White People, told me viewership for his series jumped 600 percent after George Floyd's death sparked an international dialogue on anti-racism.

Dear White People centers on a group of non-white students at a mostly white, Ivy League college as they negotiate issues of identity, classism, anti-racism vs racism, homophobia and more. One poignant storyline features a young Black student, Reggie Green, who is nearly shot by a campus security guard at a party. Reggie then finds himself haunted by flashbacks of the traumatic event as well-meaning acquaintances attempt to check in on him.

Simien says the scenes with Reggie show, without lecturing the audience, how attempts to ask a Black person about racial trauma can sometimes backfire.

"The whole goal of it is for you to care so deeply about these [characters] that you don't realize you're being taught anything," he adds. "When you see that he had a gun pulled on him and he had this near-death experience, and now for the rest of the school year, everyone's coming up to him asking him, "Are you OK? Is there anything I can do?" You understand how that's not enough."

Well-made TV shows and films about anti-racism should be messier and much more provocative.

"You should feel challenged in some way by the piece because it's so subversive," Simien says. "[Racism is] ubiquitous and it's systemic and we can't see it...Racism lives in our collective blindspots. That's why it's so pernicious. So, there has to be a moment in the piece where you go, 'Oh! I didn't think about it like that.'"

The goal: to expose yourself to art that cuts through prejudices and stereotypes, allowing you to finally, fully see people of color.

"I had a friend put it this way," Simien says. "'We're inviting people to see us for the first time and it should break your heart that you haven't seen us yet'...That I have to interact with you through a character version of myself because I think you can't handle my daily truth. [That] should break your heart."

This tip comes courtesy of Arisha Hatch, the Vice President and Chief of Campaigns at Color of Change – a civil rights organization founded in 2005 following Hurricane Katrina. 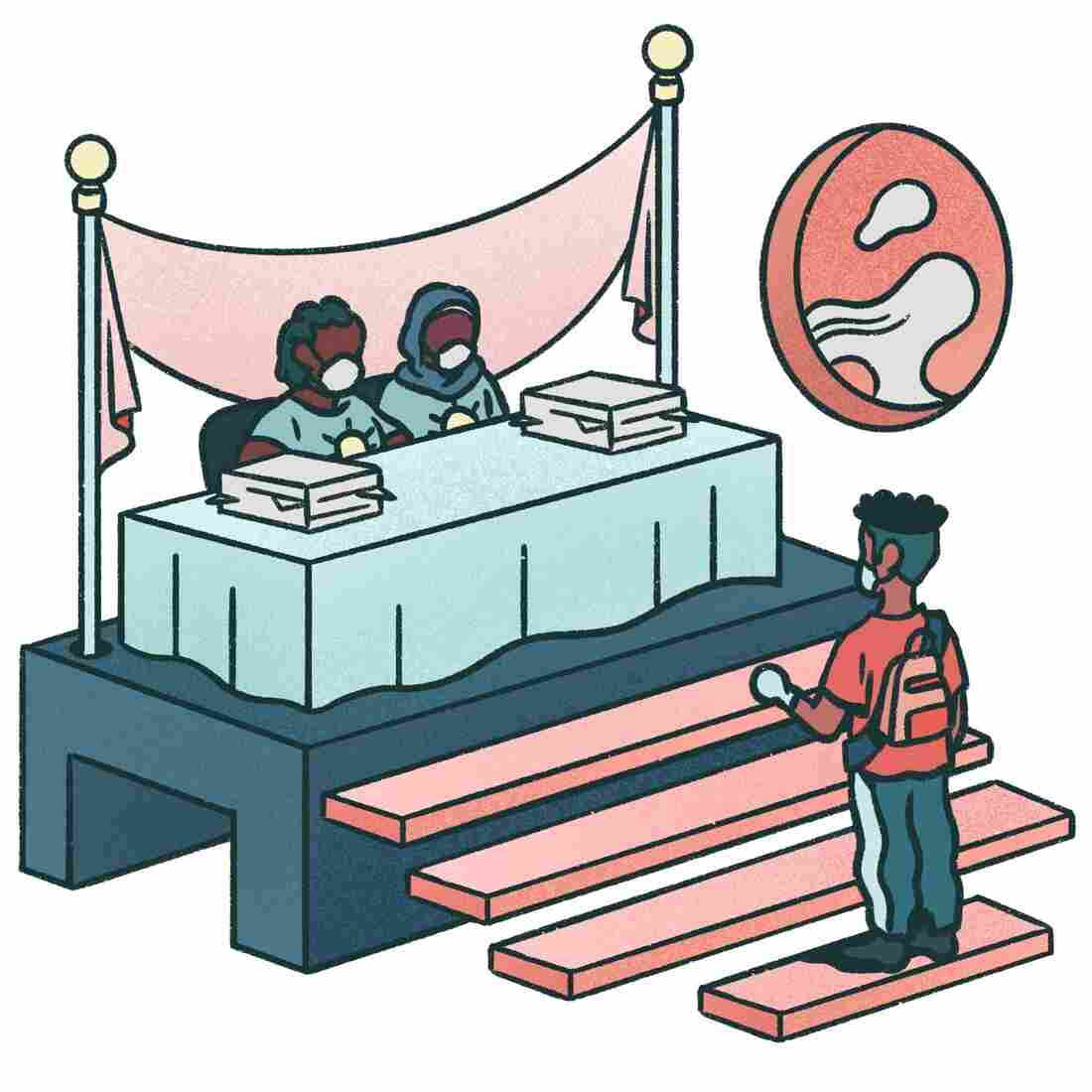 She says learning to uplift non-white voices – even those who may disagree with you – is important for white people seeking to be anti-racist.

"Part of being an ally and part of letting go of privilege is, I think, putting yourselves in situations where you may be uncomfortable," Hatch adds. "You may have a different idea, but...you're actively working to support organizers and activists who have been thinking about these systemic problems for generations."

Also, Hatch says to be an effective anti-racist, you must assess your own power – where are the spheres where you can have the most influence?

Beyond the obvious strategy of confronting family and friends who may be racist, consider this: When you sit down at a PTA meeting at your child's school, which parents do you speak with and get to know?

At work, are you considering how procedures or strategies may advantage whiteness, and are you helping to challenge them?

Are you spending money with businesses that are owned by non-white people?

If you or a relative has a rental property, are you seriously considering applications from non-white people?

These are ways you can make a difference in your own environment, where you have power. Remember, anti-racism is about pushing past knowing better and instead actively doing better.

One thing is clear: Pulling all of this off takes a lot of energy and can feel overwhelming. And it doesn't help that one way people perpetuate systemic racism in America is by encouraging others to accept the status quo and reject many anti-racist ideas as too extreme.

But there is no better feeling than really making progress on working to build a better world. And these tips offer great ideas for starting on a long and rewarding road.

Above all, Color of Change's Hatch suggests keeping one, optimistic thing in mind.

"This is what winning looks like and feels like," she says of the current drive toward racial equity in law enforcement, politics, corporate America and elsewhere. "The moral arc of history is on our side and we are getting closer and closer every day to a culture that actually embraces the beauty and creativity of Black people in our lives."

This podcast portion of this story was produced by Audrey Nguyen.

We'd love to hear from you. Leave us a voicemail at 202-216-9823 with a greeting, your name, your phone number and a random life tip. It might appear in an upcoming episode. Or send us an email at LifeKit@npr.org.