Accessibility links
Fort Peck Tribes Carry Out Largest Ever Inter-Tribal Buffalo Transfer After three years of isolation and disease testing, the bulls are headed from Montana to tribes in Kansas, Wisconsin and Alaska. Buffalo were once the center of tribal economies and spiritual life. 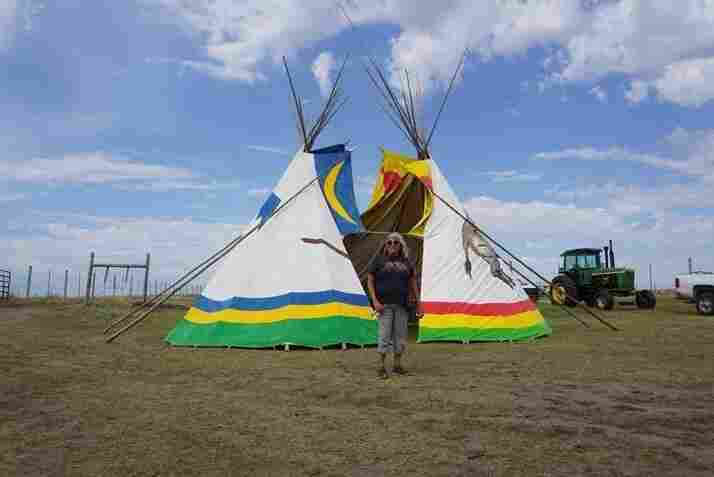 Jonny BearCub Stiffarm is one of a dozen or so tribal members who came to see the buffalo off. Loring Schaible hide caption 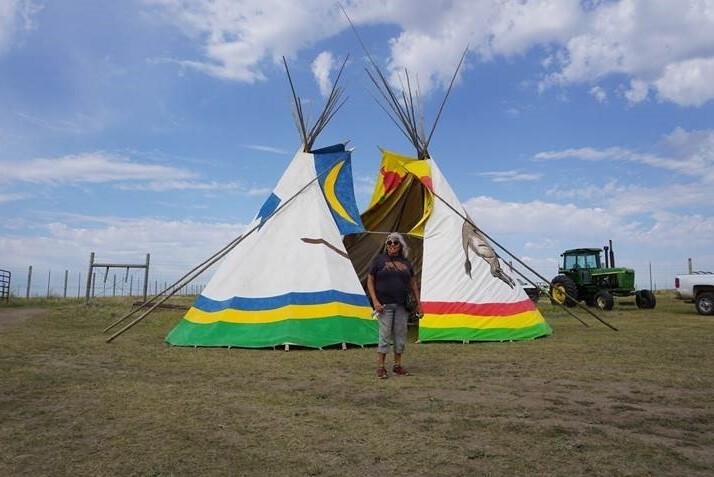 Jonny BearCub Stiffarm is one of a dozen or so tribal members who came to see the buffalo off.

It's a bright August morning in the northeast corner of Montana. Robbie Magnan, Game and Fish director for the Fort Peck Assiniboine and Sioux Tribes, rose before dawn to round up these 40 buffalo into a corral.

If you're experiencing quarantine fatigue, these bulls can relate. They've endured three years of isolation and disease testing.

"Most of their life they've been in some type of quarantine," Magnan says.

He runs the Fort Peck Tribes' buffalo quarantine program. The program is necessary because ranchers fear that buffalo could spread an illness called brucellosis to their cattle. Magnan says that's the biggest obstacle standing in the way of tribal restoration efforts.

"But today is a good day, because they'll go to a home where they'll never have to be tested again," Magnan says. "And they have the rest of their life to enjoy being a buffalo."

Those new homes are with 16 other tribes across the country, as far from here as Kansas, Wisconsin and Alaska. This will be the largest ever transfer of buffalo among tribes according to the InterTribal Buffalo Council, the group overseeing the move.

A semi trailer rolls up to the pasture to start a few of them on their journey. It takes two hours and lots of commotion for a group of tribal fish and game employees, plus a handful of community volunteers, to coax the 2000-lb bulls onto the trailer through a cattle chute.

Magnan says all this hard work is worth it to restore the population of an animal — hunted to near extinction — that was once the center of life for many tribes across the Great Plains and Mountain West.

"I call them the one stop K-Mart or Walmart. They gave [tribes] everything they needed," Magnan says. 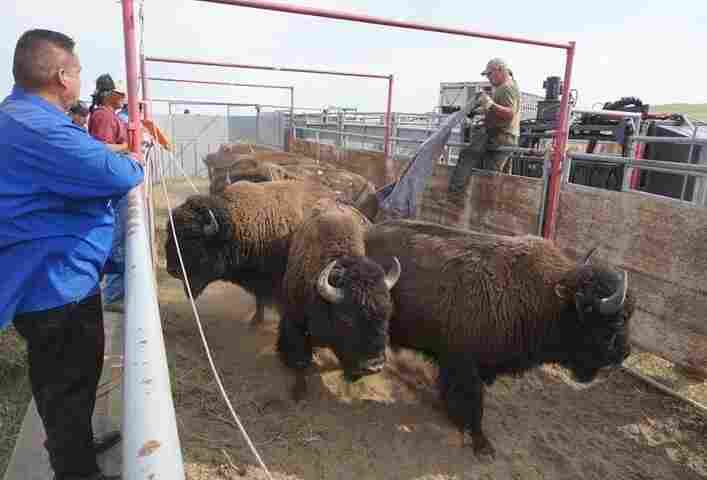 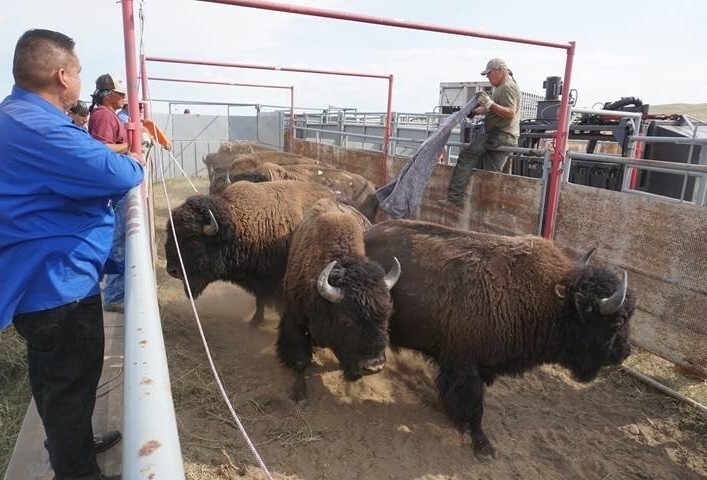 For the Fort Peck Tribes, that included food, clothing, shelter, tools, and ceremonial objects. Buffalo were the center of tribal economies and spiritual life throughout this region.

But in the late 19th century, white settlers hunted the animals to the brink of extinction. Ervin Carlson, President of the InterTribal Buffalo Council, says that was no accident.

The InterTribal Buffalo Council supported the construction of the Fort Peck Tribes' quarantine facility, and facilitated this transfer. The group advocates for tribal buffalo restoration, and against the annual culling of hundreds of buffalo at Yellowstone National Park.

Yellowstone is where these 40 bulls started their lives. Carlson says they came here to Fort Peck instead of being slaughtered as a population control measure.

"So today is real gratifying, just to be able to get some animals out of [the park] and out to tribes alive," Carlson says.

Those tribes will use the buffalo to increase the genetic diversity and overall health of their own herds.

That's a point of pride for Jonny BearCub Stiffarm. She heads up the cultural arm of the Fort Peck Tribes' bufalo program, and she's one of a dozen or so Fort Peck tribal members gathered at the pasture to see the buffalo off.

"We have a drum group out here and they'll sing the prayer songs to send the buffalo safely to their new homes, that they travel safe and receive blessings and say goodbye to them for us, and we'll send them on their way," BearCub Stiffarm says.

The drum group is called "Tatanka Oyate," which translates to "Buffalo Nation."

Growing up, BearCub Stiffarm says she never imagined that buffalo could live on tribal land.

"We only read about buffalo in a book. We only saw buffalo at a zoo, or in a wildlife preserve that was non-Indian," she says.

But for The Fort Peck community, and the 16 other tribes that will receive these buffalo as gifts, that will no longer be the case.

"You'll notice here at this gathering that there's some real little children here. Buffalo will always have been a part of their lives," BearCub Stiffarm says. "And so for a lot of us older generation, to be able to see that circle become complete has really been meaningful."

The Fort Peck Tribes are expecting to receive more surplus buffalo from Yellowstone National Park in the spring of 2021.

Now that their quarantine program is up and running, they say there will be many more intertribal buffalo transfers.