Accessibility links
Review: 'Summer,' By Ali Smith In Ali Smith's new novel, she reveals the overarching connections between the characters and themes of her previous three. Critic Heller McAlpin says connection is the great theme of these works.

Ali Smith Brings Her Seasonal Quartet To A Close With 'Summer'

Ali Smith Brings Her Seasonal Quartet To A Close With 'Summer' 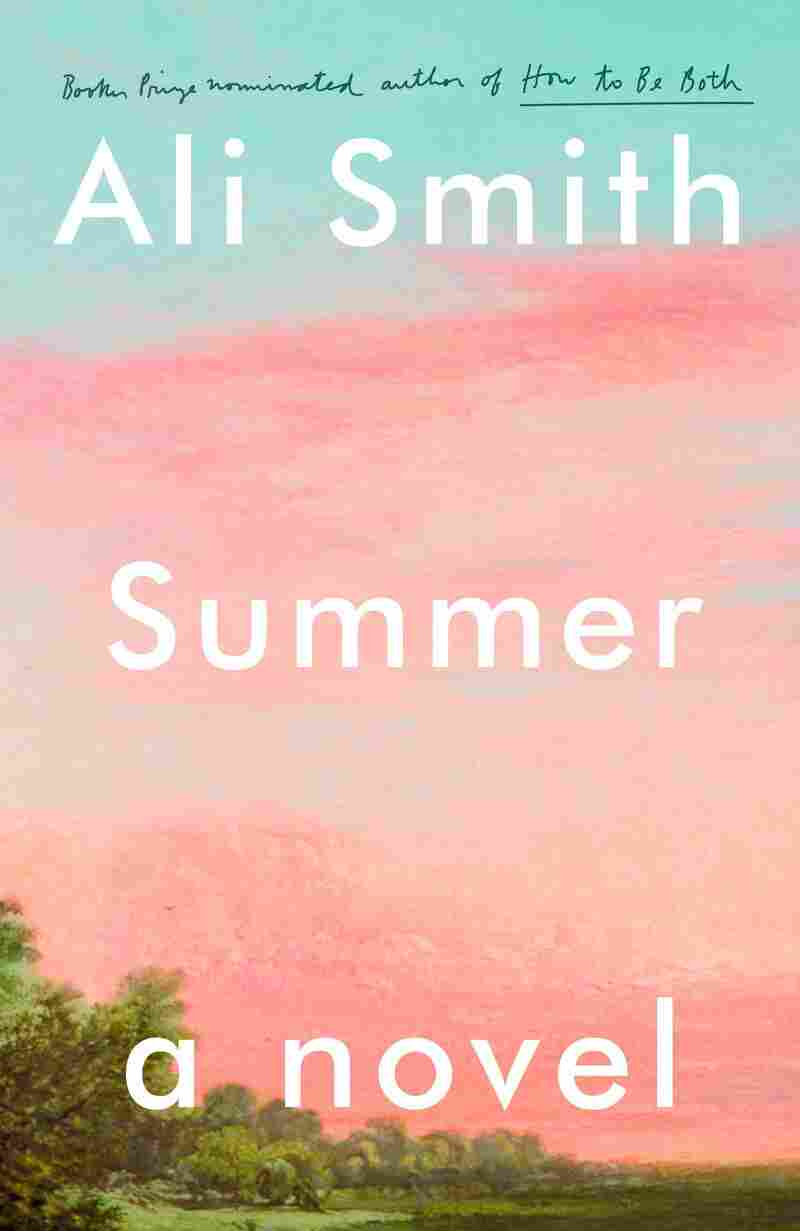 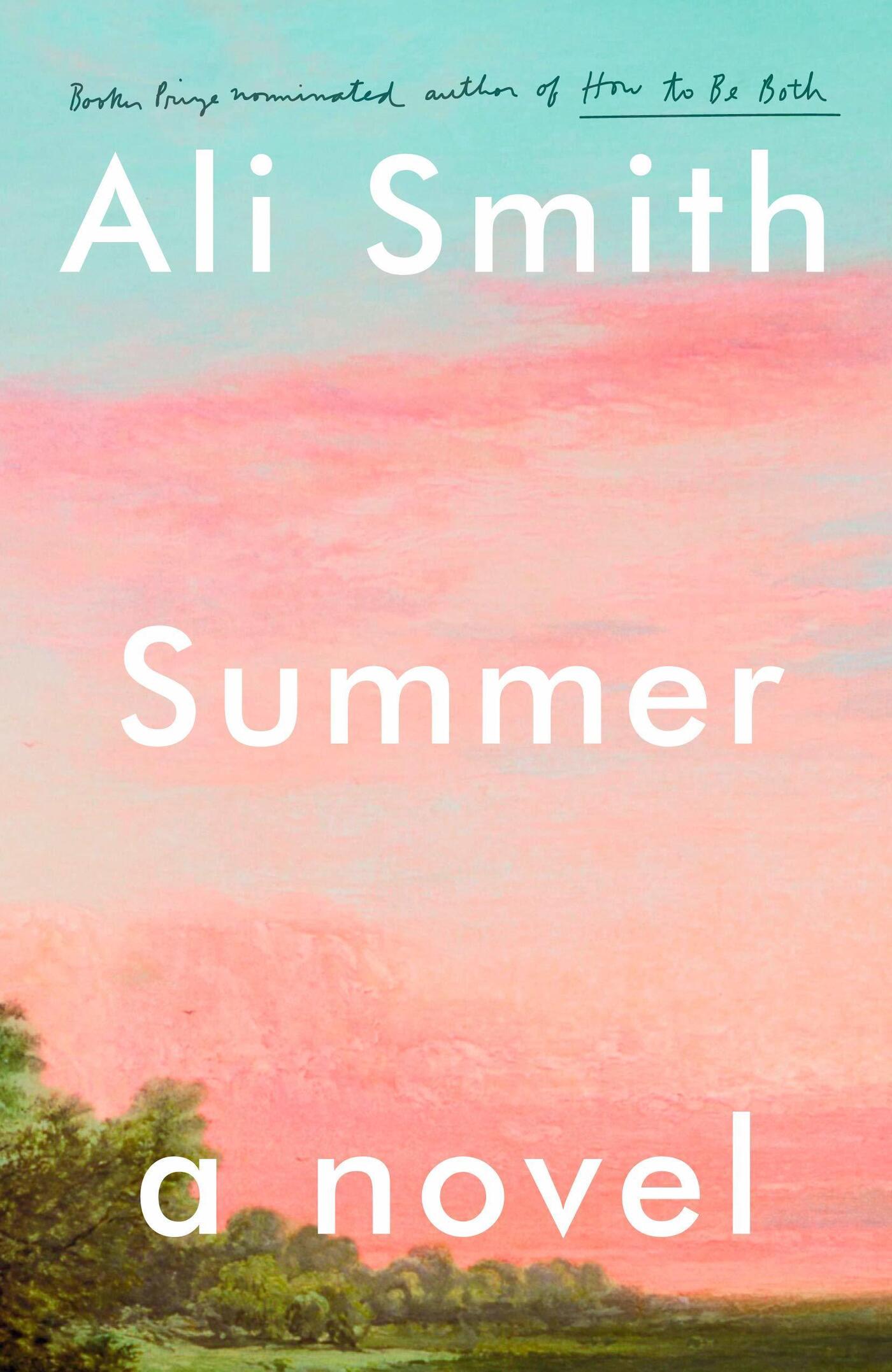 Deep into Summer, the fourth installment of Ali Smith's highly topical seasonal quartet, the author slyly inserts a charged question: "Should the Artist Portray His Own Age?" It's the subject of a debate that takes place at an internment camp for British "enemy aliens" on the Isle of Man during World War II — which speaks not just to the erudition of the detainees but also to the audacious literary mission Smith set for herself five years ago: To write four novels that weigh in on current events as they unfold.

Is it a mistake for writers to pursue topicality? Is the necessary perspective possible at such close range? Will such work date as quickly as old news? We know where Smith stands on these questions, and I'm with her.

Summer marks the culmination of this remarkable project. Written under time pressure and fueled by dismay, outrage, hope, heart, wit, and serious talent, the books span four years, from shortly after Britain's bitterly divisive Brexit vote in 2016 through the day before yesterday. (Actually, Summer concludes with a letter dated July 1, 2020, which was a few weeks after Smith submitted her final draft.) What will keep them fresh long after the news cycle has moved on is their passionate engagement with universal issues such as grief, injustice, human warmth and cruelty, and the life-enhancing powers of love, art, and decency.

Even a writer as prescient as Smith couldn't have known that a global pandemic would be raging by the time she reached season four, displacing Brexit as the UK's most urgent issue. COVID-19 and lockdown play right into her concerns with isolation, community, and the many troubling forms that curtailment of freedom can take.

In 'Summer,' Smith reveals subtle but overarching connections between the four volumes' recurrent characters and themes, bringing this brilliant quartet to a satisfying close.

In Summer, Smith reveals subtle but overarching connections between the four volumes' recurrent characters and themes, bringing this brilliant quartet to a satisfying close. But as befits our dark times, there's a somberness to this volume that even Smith's characteristic compassion and brainy playfulness can't quite mitigate. The sadness I felt upon reaching the end of this literary marathon was in part tied to the sorry state of our world, reflected in its pages. But I was also reminded of my sense of loss when the curtain came down on the final play of Tom Stoppard's epic Coast of Utopia trilogy. Similarly, I'll miss the intricate narrative Smith has spun out of a combination of real and fictional people and events.

"Only connect," E.M. Forster wrote in Howard's End 120 years ago. "Only connect the prose and the passion, and both will be exalted, and human love will be seen at its height." Connection ­–– and its antithesis — is likewise Smith's great theme in this magnum opus. Some of her characters split over divergent moral visions, as do whole countries. Yet others connect over shared alarm at the rise of right-wing nationalism, with its ominous echoes of Nazism, dismay at xenophobia, moral outrage at the abhorrent treatment of refugees, and distress over the looming devastations of climate change. They connect profoundly with art and artists. And, most hopefully, they connect with each other by responding with heart and decency to personal and global crises.

Summer opens in February, 2020, when COVID is still just a threat on the horizon. We're dropped into the fractious Brighton household of Grace Greenlaw, an unhappy divorcée and former actress (who is one of Smith's less compelling characters). She lives with her sparring but (typical of Smith) brilliant and linguistically playful adolescent children, Sacha and Robert, next door to their father, who took his wife's Leave vote on Brexit as a personal commandment.

Smith cleverly brings her cast together — the Greenlaws, Charlotte and Art from Winter, centenarian Daniel Gluck and his neighbor's devoted daughter from Autumn — through a series of serendipitous encounters and coincidences which I won't spoil. One link involves a long-missing piece of a marble sculpture by the artist Barbara Hepworth, which Art's late mother bequeathed in her will to its rightful owner, a long-lost love.

A prominent theme running through Smith's work is art's ability to deepen our understanding of the world. Charlotte and Art, who love to discuss "art lower case," transform their Art in Nature blog during lockdown into Art in Nurture or — because puns are Smith's second language — Art Inertia. Each seasonal volume features a different Shakespeare play (A Winter's Tale this time), Dickens novel (David Copperfield, to which Robert refers hilariously as David Copyfield), and female artist. Summer's artist is filmmaker Lorenza Mazzetti, whose life and work were marked by the Nazis' massacre of her family in 1944. She died in January, 2020 at age 92, and it's not hard to imagine Smith reading Mazzetti's obituary and deciding to incorporate the Holocaust survivor's fascinating story into her novel-in-progress.

Grief is another recurrent theme in Smith's work, and it colors the moving sections in which we finally learn what happened during the war, to Daniel in England and his sister Hannah in German-occupied France. Galling depictions of England's internment camps for "enemy aliens" and the bravery of Resistance fighters remind us anew of the dire stakes of freedom.

Like the other novels in this series, Summer is seeded with meditations on the season for which it is named. We learn that the word derives from the Old English sumor, and "from the proto-indo european root sam, meaning both one and together" — an apt description of COVID quarantining. In addition, Smith informs us, summer can also be another name for a lintel, an important structural beam in a building. This, she writes, makes it somehow fitting that summer is the season we tend to overload with our expectations.

Of course Summer, the denouement of Smith's truly novel quartet of novels — which ends while the world is still wracked by the novel coronavirus — also faced a risk of being overloaded with our expectations. Not to worry: This final volume bears the weight with aplomb.