Accessibility links
Why Trump Gets High Marks On Economy Even As Millions Are Jobless President Trump gets higher marks for handling the economy than just about anything else, despite presiding over the worst recession since the Great Depression. 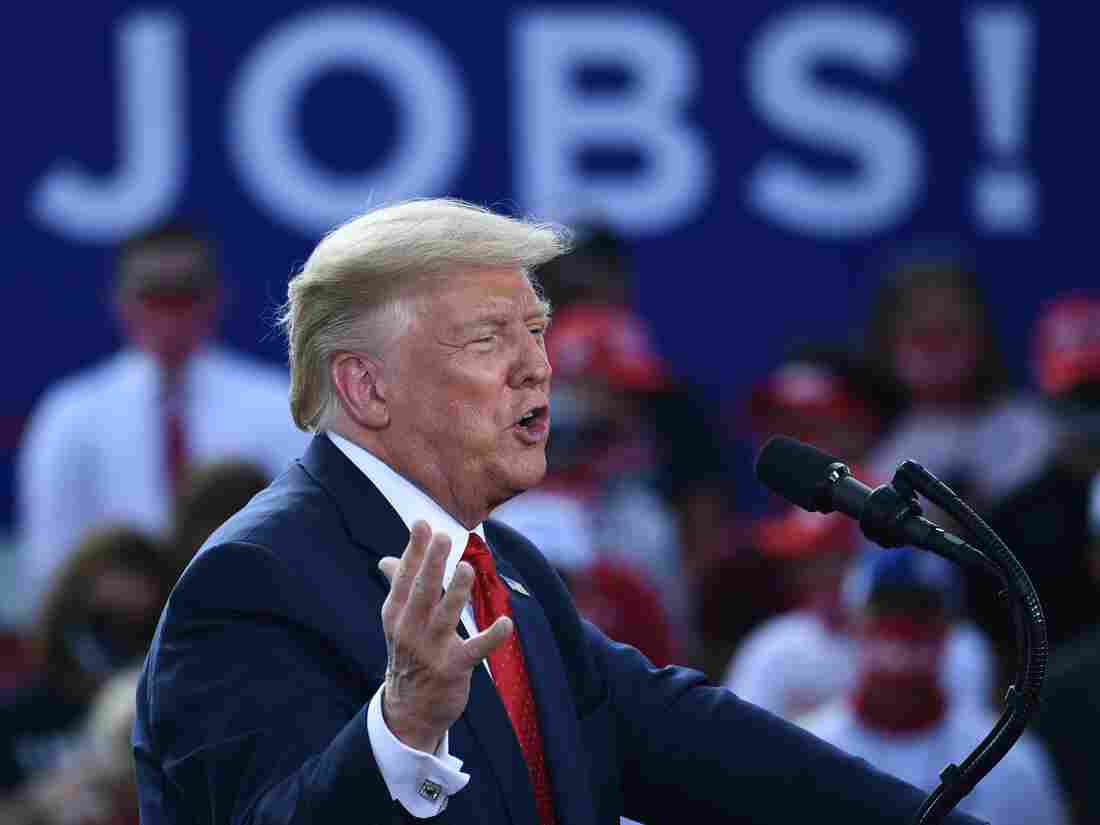 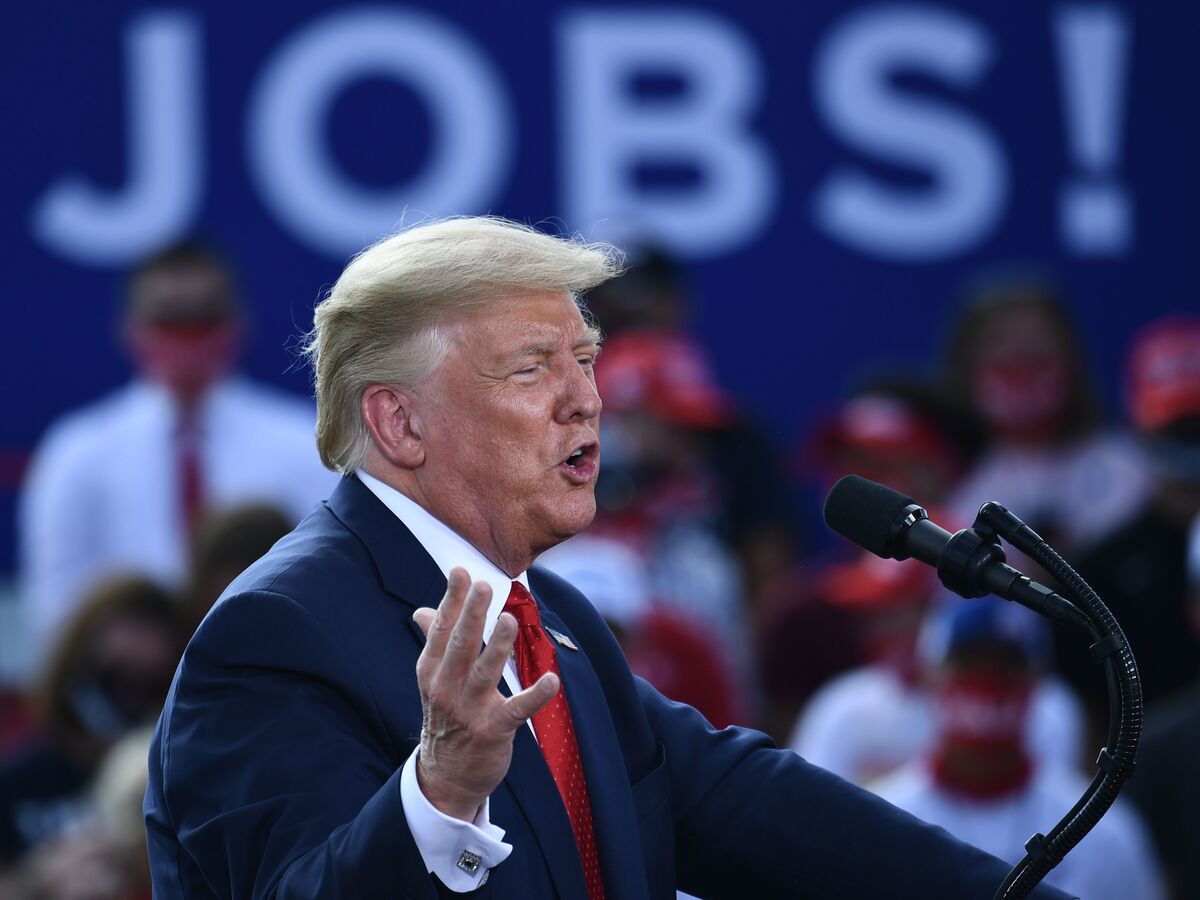 President Trump delivers remarks on the economy in Oshkosh, Wis., on Aug. 17.

Almost 30 million people are now collecting unemployment benefits. Yet President Trump still gets relatively high marks for his handling of the economy.

As Republicans focus on "opportunity" at their convention Tuesday, the economy remains one of the president's strongest selling points.

"You see the kind of numbers that we're putting up. They're unbelievable," Trump told supporters in Minnesota last week. "More jobs in the last three months than ever before."

In boasting about the big job gains in May, June and July, Trump conveniently omits the historic job losses in March and April. So far, the U.S. has recovered less than half of the jobs that disappeared this spring.

Ordinarily, a double-digit unemployment rate would be crippling for a president seeking reelection. Consider the price that George H.W. Bush paid in 1992 for what was, in hindsight, a relatively mild recession.

Despite his popularity after winning the first Gulf War, Bush's economic approval rating plummeted to 18%. Although the unemployment rate that year never reached 8%, Bush was sent packing in an election characterized by James Carville's famous phrase, "It's the economy, stupid."

Although the current recession is much deeper, Trump's economic approval rating continues to hover near 50%.

"What's going on is the memory of the economy before the pandemic," says Republican pollster Whit Ayres.

He believes many Americans are still judging Trump by the economy as it was six months ago, before the coronavirus took hold here.

"It was rolling," Ayres recalls. "Unemployment was at historic lows. The economy was in great shape before the pandemic killed it."

Presidential approval ratings in general don't swing up and down as much as they used to. Americans have increasingly sorted themselves into highly polarized camps, reluctant to abandon their own standard-bearer or show even grudging approval for the other side.

Trump may also be getting a pass on the economy because Americans are more concerned with other problems, including race relations and especially the pandemic itself.

"People see COVID as the problem and the economy as a symptom," says Lydia Saad, director of U.S. social research for Gallup. "They're viewing [the economic downturn] sort of like a hurricane. Something that's happened. It's come in. It's created all sorts of havoc. But it's going to go away and things are going to get back to normal."

That's how Mark Schneider sees it. He retired from the Navy after 20 years on nuclear submarines and now runs an advocacy group for nuclear power. Last week, as the S&P 500 stock index was heading for a record high, Schneider tweeted that the Trump economy is "unstoppable." He thinks the recession will soon pass.

"It just feels temporary," Schneider says. "We just kind of paused the economy, as opposed to something mucking the system."

As he drives around his home of Chesapeake in southeastern Virginia, Schneider is confident that a lot of people feel the same way.

"I have yet to see a single Biden sign in my entire city. I haven't seen a bumper sticker. I haven't seen anything Biden. But there's Trump flags flying everywhere," Schneider says. "My forecast is that Trump's going to take this thing in a landslide."

Ayres, the GOP pollster, is not so certain. Despite Trump's solid grade on the economy, it may not be enough to save the president, come November.

"The coronavirus has driven out everything else," Ayres says.

Trump's overall approval rating is considerably lower than his economic marks, weighed down in part by his handling of the pandemic. And until there's a solution for the coronavirus, Ayres says it's going to be difficult for the economy to come roaring back.