Accessibility links
RNC : Donald Trump Jr, Tim Scott, Nikki Haley Speeches : The NPR Politics Podcast President Trump and his allies portrayed Democrats as "radical" and decried "cancel culture." The first night of the Republican National Convention attempted to rewrite history on the pandemic response while softening Trump's image with stories of compassion and empathy. Overall, though, the night felt gloomy, highlighting a key point of agreement with Democrats: the stakes of this election are existential. 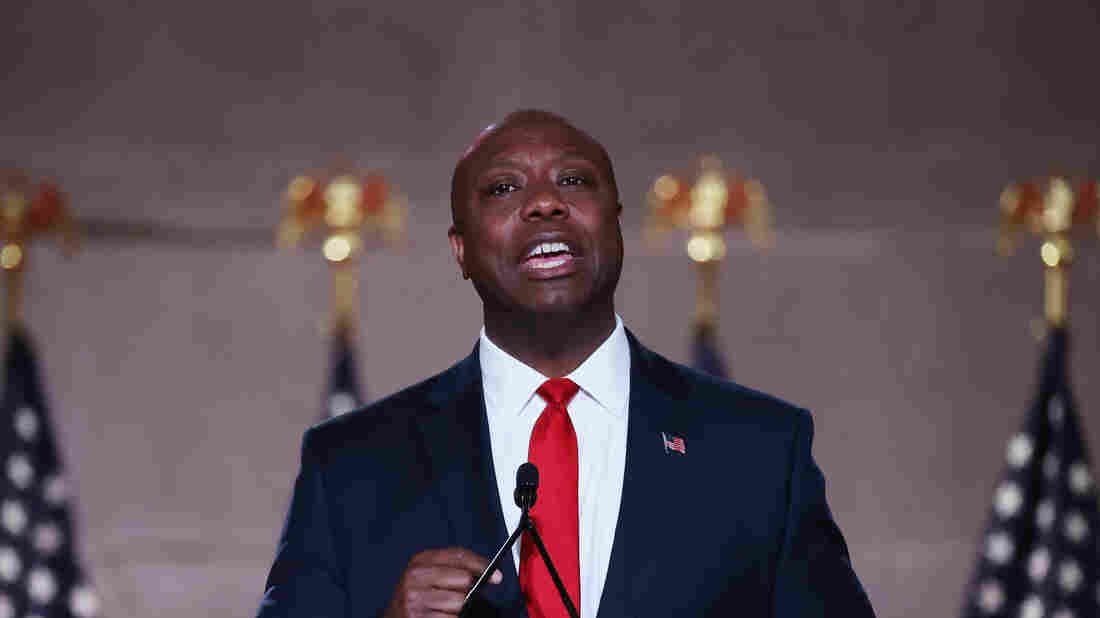 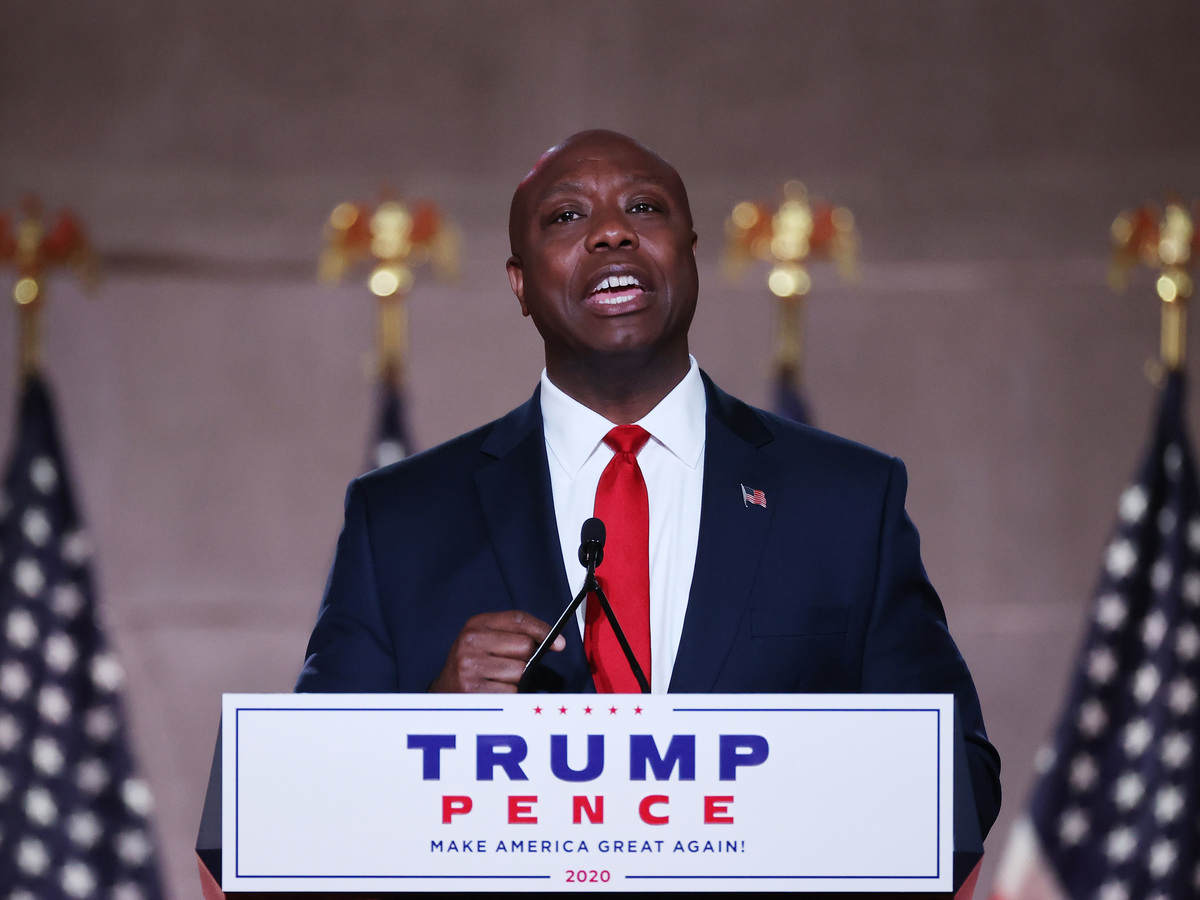 Sen. Tim Scott (R-SC) stands on stage in an empty Mellon Auditorium while addressing the Republican National Convention on August 24, 2020 in Washington, DC.

Donald Trump Jr., Tim Scott, Nikki Haley — the first night of the Republican National Convention was anchored by speeches from the party's rising stars. Early in the day, before festivities really began, the party took care of the official business: nominating Donald Trump and Mike Pence for re-election.

Listen to our full analysis of the night on The NPR Politics Podcast at the top of this page. While you're at it, we've got a newsletter and a live blog, too.