Accessibility links
Unmasked Protesters Push Past State Police And Force Their Way Into Capitol Anger at the state response to the pandemic spurred dozens of people, some of whom were armed, to barge into and pack the House of Representatives' gallery on Monday. 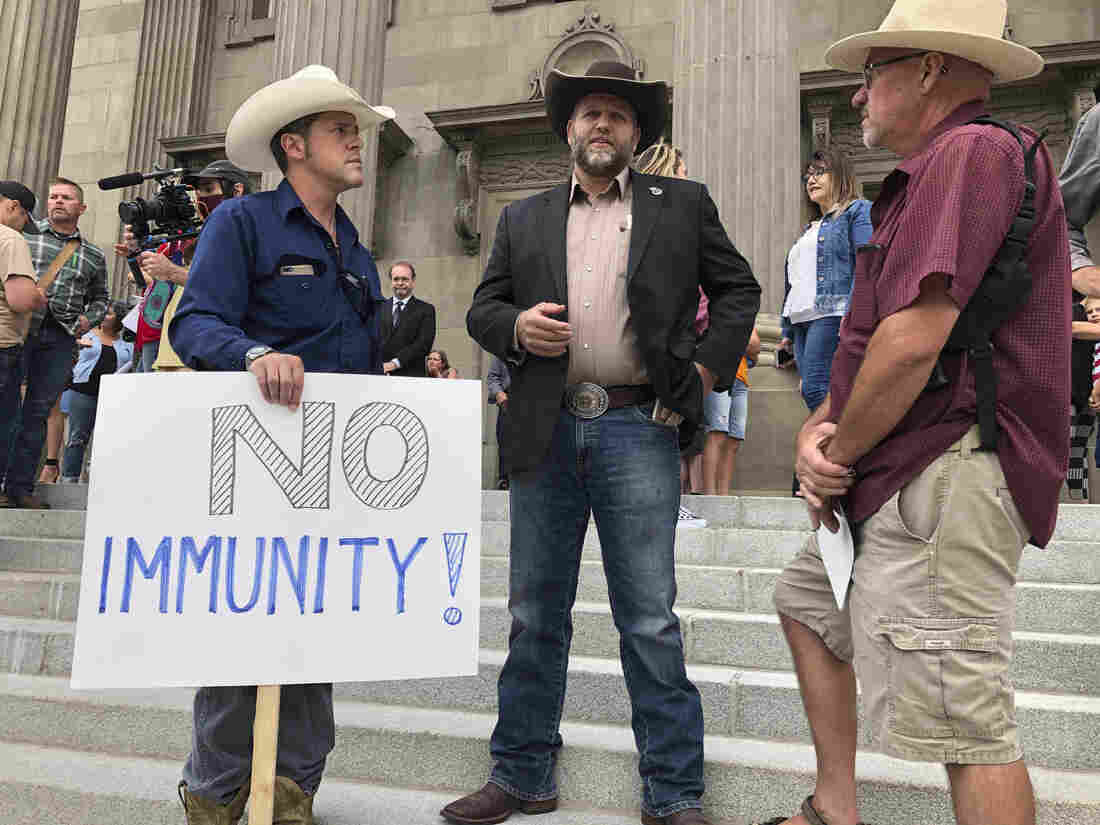 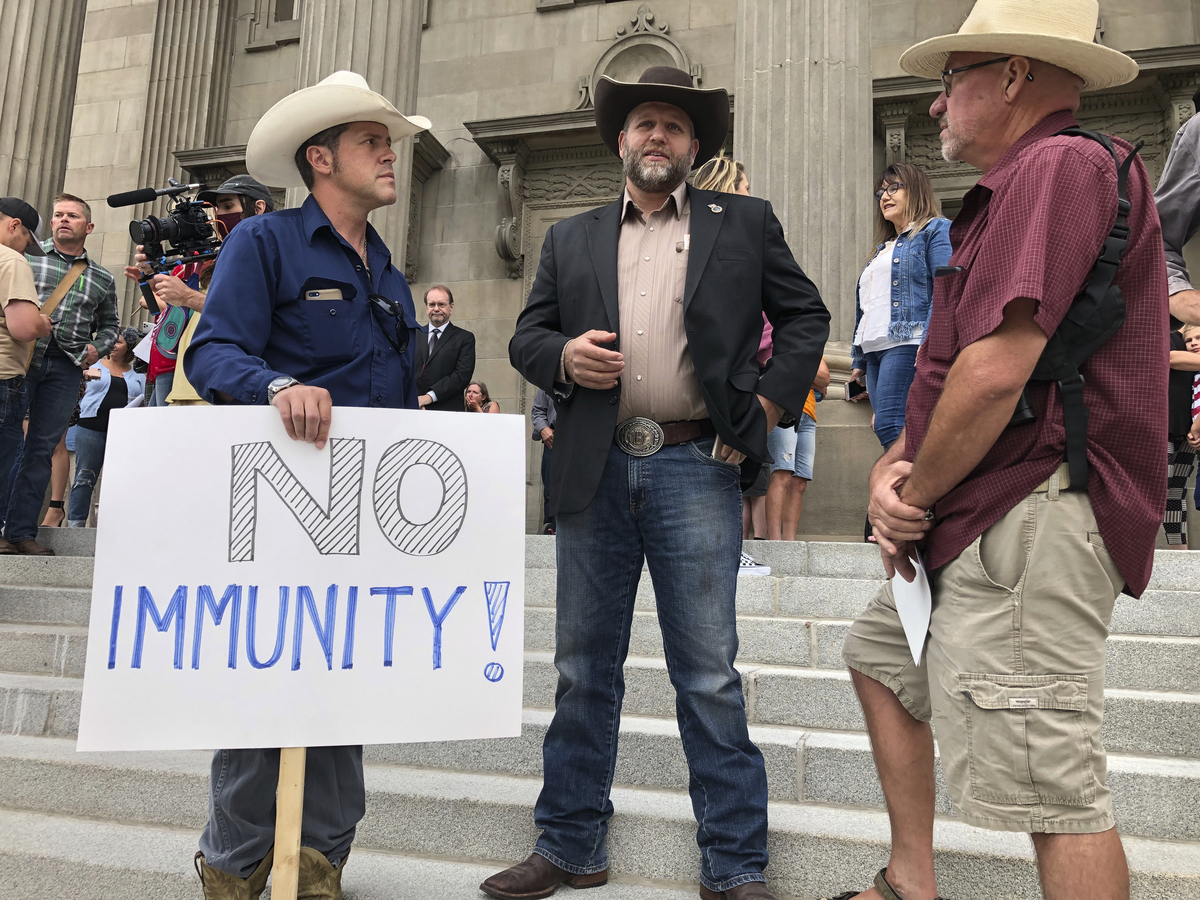 In Boise, the first day of Idaho's special legislative session erupted into chaos before it began. Dozens of unmasked protesters, some of them armed, shoved their way past state troopers to pack the gallery overlooking the state's House of Representatives.

The clash was a manifestation of the anger and frustration from a vocal minority of far-right Idahoans that has been compounding over the last several months as the state has navigated its reopening amid the pandemic.

To enforce social distancing, the gallery area above the House chamber was restricted with limited seating. But after the confrontation with state troopers, which resulted in the shattering of a glass door, Republican House Speaker Scott Bedke relented and allowed protesters to fill every seat.

The response stands in stark contrast to 2014 when dozens of advocates pressuring lawmakers to pass LGBTQ protections were arrested for standing silently in a hallway, blocking access to the Idaho Senate chamber.

On Monday, an Idaho State Police spokeswoman, Lynn Hightower, said she wasn't aware of any pending charges against protesters. The following day she released a statement saying that "Idaho State Police personnel determined they could not have made arrests on the spot without elevating the potential for violence," and that an investigation was ongoing into any criminal behavior "that may have occurred."

Right now, Idaho has one of the highest rates of new COVID-19 cases per capita, especially in Ada County, which includes the capital, Boise, according to the White House.

"I want to always try to avoid violence," Bedke later told The Associated Press. "My initial reaction, of course, was to clear the fourth floor. But we had room for at least some more."

He said he was more disappointed than surprised at the violence.

"I think we're better than that. I think that Idahoans expect more out of their citizens."

Protesters later made their way into committee rooms, defaced paper signs meant to leave one empty seat between those in the audience and laughed at one Democratic state lawmaker who refused to participate in the hearing because of the lack of social distancing.

The group of protesters included supporters of a far-right militia and anti-vaccine advocates who were at the Idaho Capitol to demand an end to the current state of emergency and blast a proposal that would limit civil liability for businesses, schools and governments.

The bill would also open up those entities to litigation if they don't follow laws and ordinances, including mask mandates issued by public health districts.

"The insanity of this bill is beyond me," said Boise resident Pam Hemphill, during a committee hearing Monday afternoon. "We don't stop our lives, suspend our civil rights and panic each year for the flu."

The Centers for Disease Control and Prevention say more than 176,000 Americans have died due the coronavirus in the first eight months of 2020, compared with an estimated 24,000 to 62,000 people who died last flu season.

Idaho Gov. Brad Little, a Republican, called the legislature into special session last week to take up civil liability issues as well as election concerns from county clerks. They want to be able to count the massive influx of absentee ballots earlier than they can now under state law and have the option to consolidate polling locations to deal with an extreme shortage of poll workers.

The special session is also the result of months of intense pressure and blowback from Little's own party.

One state lawmaker referred to the governor as "Little Hitler" after he ordered the shutdown of nonessential businesses in late March. His lieutenant governor, Janice McGeachin, who is elected separately and has ties to militia groups, has openly challenged Little's reopening push by visiting businesses that flouted those timelines and welcomed customers back earlier than allowed.

And legislators pressured Little to relinquish control over the state's coronavirus response to regional public health districts, even threatening to come after his executive authority in the future if he didn't comply.

Still, most Idahoans appear to stand by Little. An effort to recall the governor over the summer failed, and three-quarters of registered Idaho voters polled in May supported his handling of the pandemic.