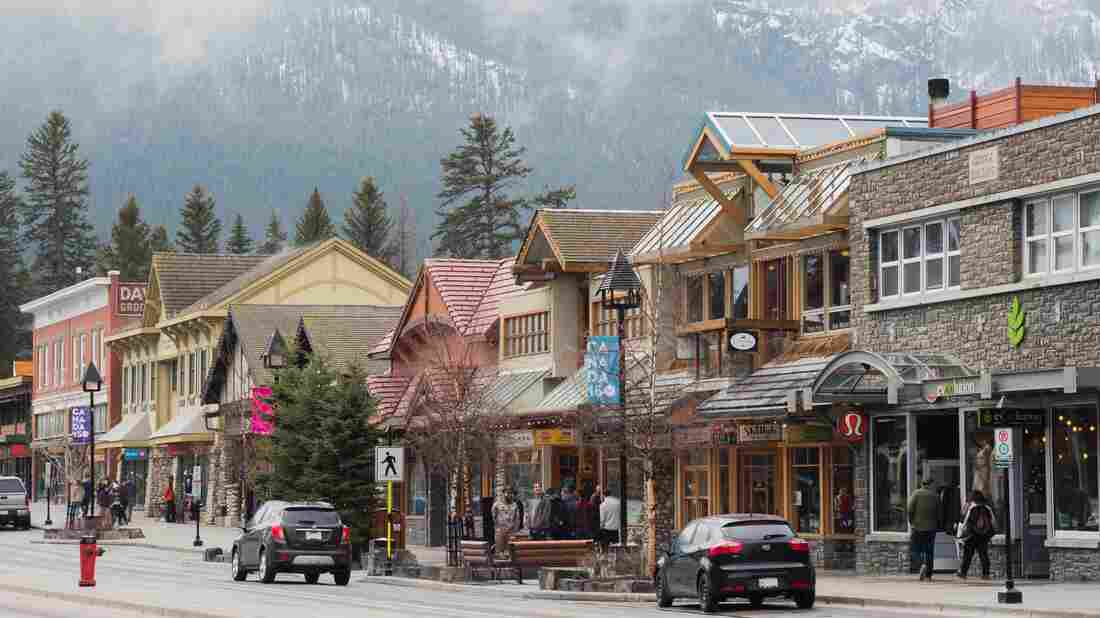 A Kentucky man faces stiff consequences after being charged with breaking Canada's Quarantine Act in Banff, Alberta, in June. The town of Banff is seen here in April 2017. Robyn Beck/AFP via Getty Images hide caption 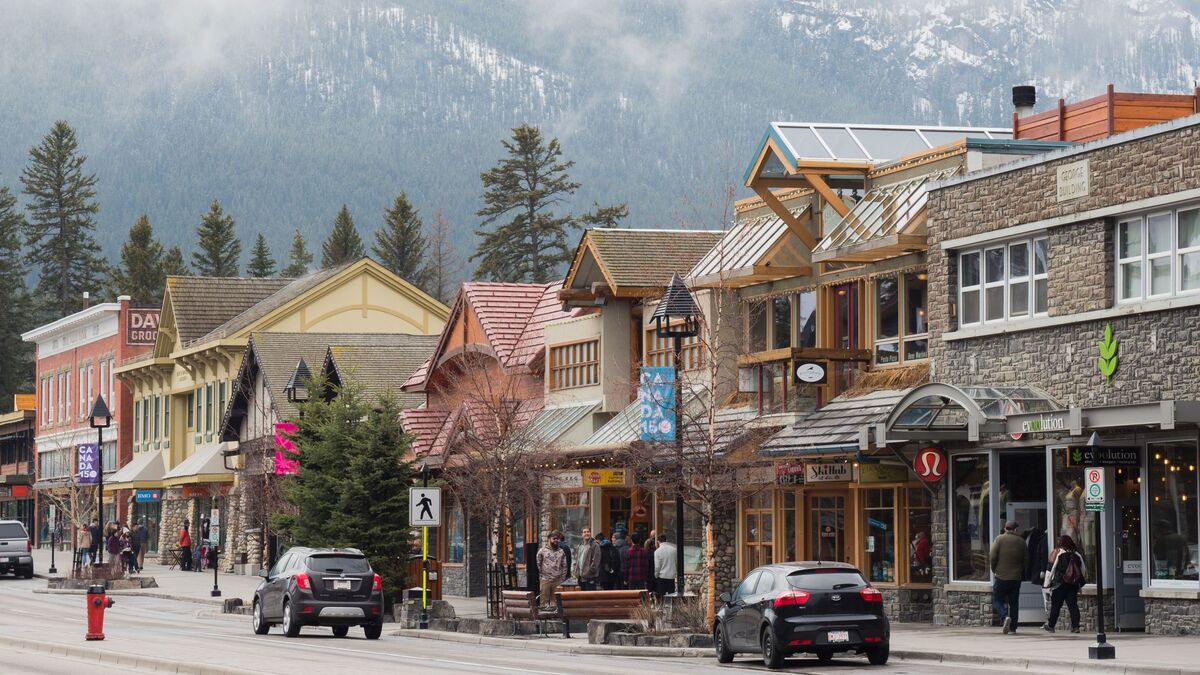 A Kentucky man faces stiff consequences after being charged with breaking Canada's Quarantine Act in Banff, Alberta, in June. The town of Banff is seen here in April 2017.

John Pennington of Walton, Ky., was initially fined $910 ($1,200 Canadian) on June 25 after an employee at a Banff hotel where he was staying suspected he was violating Alberta's coronavirus regulations, Royal Canadian Mounted Police Cpl. Tammy Keibel told NPR.

Pennington was told to stay in his hotel until leaving the next day. But the following afternoon, police spotted his car at a local tourist attraction, and he was arrested and charged with violating Canada's Quarantine Act.

Canada closed its border to Americans on March 21 to help slow the spread of the coronavirus, but Americans can still enter the country if they are going to or from Alaska. Some Americans are reportedly using the loophole to cross the border into Canada and stay there.

At the border, the Canada Border Services Agency directs Americans to take the most direct route through Canada to get to Alaska or the lower 48 states. They are prohibited from visiting national parks, leisure sites and tourist attractions, and they must undergo quarantine if they stay in a hotel. Visitors must also display a hang tag in their vehicle with a mandatory departure date.

Pennington's presence in Canada first raised eyebrows when a staff member at the Banff hotel where he was staying reported to police that he was likely violating the quarantine order.

"Staff at the hotel were concerned about an American guest they thought was breaching the quarantine," Banff Royal Canadian Mounted Police Staff Sgt. Michael Buxton-Carr told CBC News. "He had entered Canada from Alaska a couple of days previously. He was required to travel a direct route on his way to the lower 48 states."

Pennington was fined $1,200, and police directed him to stay in his hotel room until he left the next day, according to Keibel.

But he didn't leave Canada the next day and instead opted to do some sightseeing. Police were called to Sulphur Mountain, which features a sightseeing gondola in Banff National Park, when someone alerted them to a vehicle with Ohio license plates.

It turned out to be Pennington's car. The man told police he was looking for food, but police said food was available at his hotel.

"There was no legitimate reason to go up to Sulphur Mountain," Buxton-Carr told the broadcaster.

Pennington was arrested and charged with violating the Canada Quarantine Act, and is scheduled to appear in court in November.

Pennington is so far the only arrest Canadian police have made under the federal quarantine act, though police have issued nine tickets to Americans who stopped in Banff National Park since June.

"The vast majority of Americans and vehicles with American license plates are people who are here for legitimate reasons," Buxton-Carr told CBC News.

While authorities work to make sure Americans understand the quarantine requirements and travel rules when they come into Canada, Buxton-Carr said stopping illegal crossings has been difficult. In June, a group of Americans admitted to staff at a Banff restaurant that they were using the Alaska loophole to vacation secretly in Canada, he said.

A poll conducted between June 28 and July 2 found that 81% of Canadians want the border to remain closed to nonessential U.S. traffic to stem infection rates.

And some Canadians say their government isn't doing enough to stop Americans from entering the country.

When a group of Americans showed up at a private campground in Golden, British Columbia, police told the campground owners it was their problem, the owners said. Joy Guyot and Michelle Nagydeak told CTV News that police told them to isolate the guests in a remote part of the campground away from others and make sure they didn't leave.

"We're shocked that Alberta border patrol is just letting them through because it's just a roundabout way of getting into B.C., and we have no control over anything when they come this way," Nagydeak told CTV News.

Even though the tourism industry has taken a hit from the border restrictions, Canadian leaders are focused on avoiding another wave of the coronavirus in the country, where fewer than 10,000 people have died from the virus.

Deputy Prime Minister Chrystia Freeland has urged Americans to avoid nonessential travel to the country during the pandemic.