Accessibility links
Controversy Leads To Cancellation At The Whitney Museum Of American Art One of the country's leading museums of American art, the Whitney in New York City, has canceled an upcoming show on responses to systemic racism amid a storm of online protest. 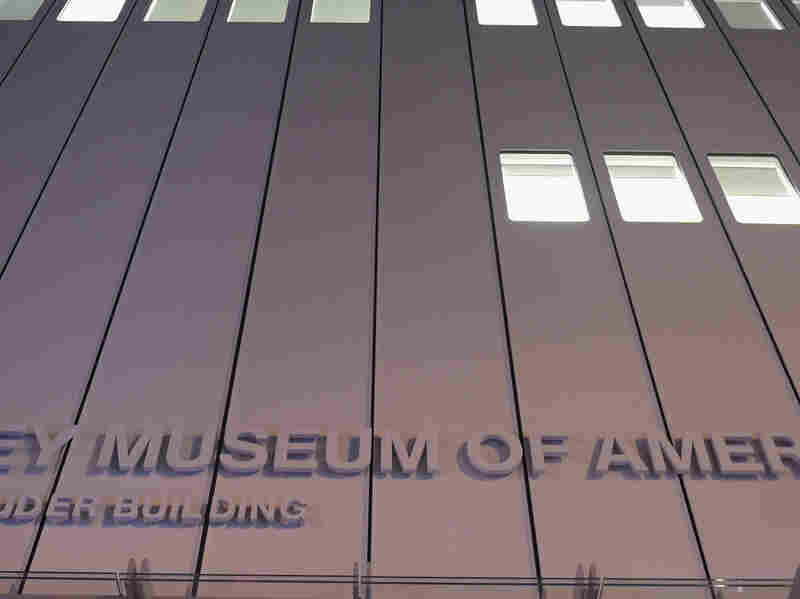 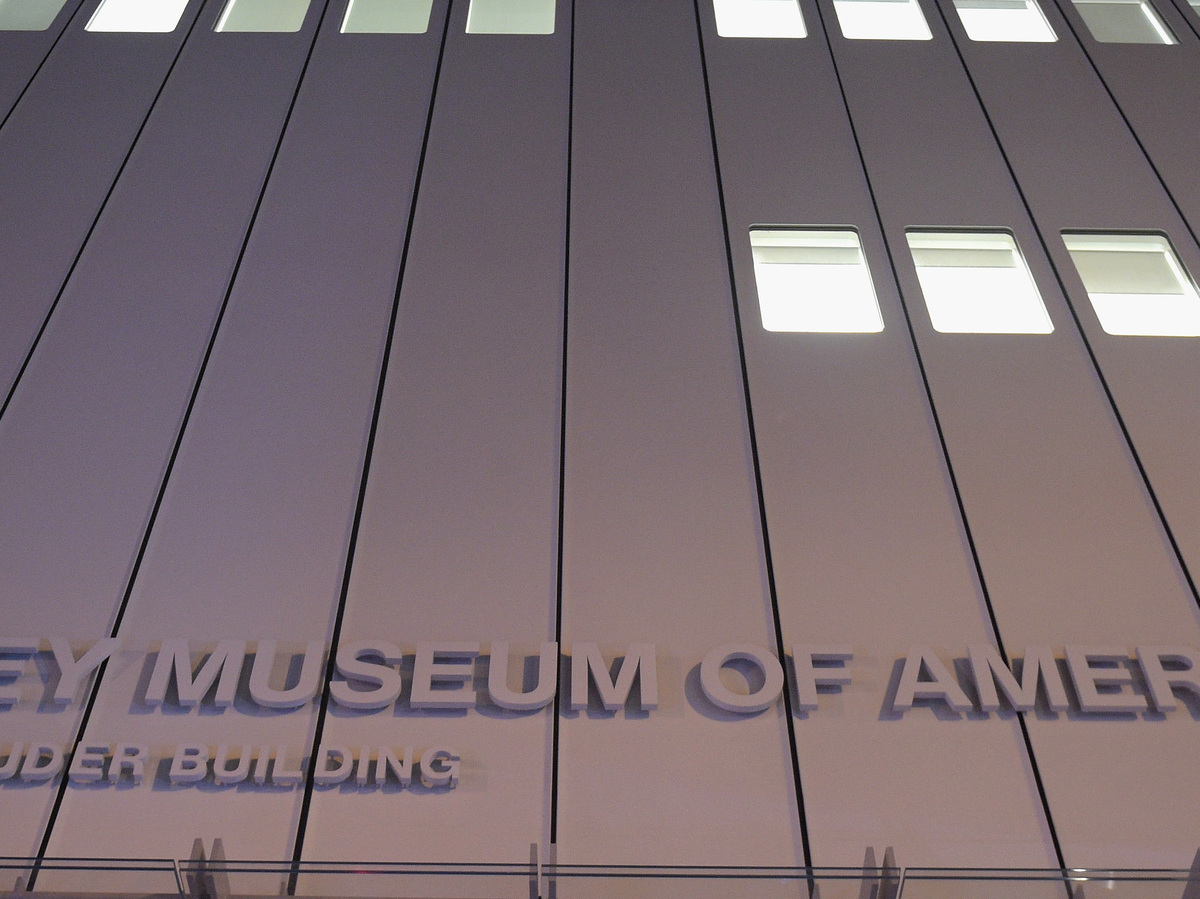 An exterior view of the Whitney Museum of American Art last October in New York City.

Another hot summer, another heated controversy at the Whitney Museum of American Art.

For an exhibition entitled "Collective Actions: Artist Interventions In A Time of Change," the vaunted New York museum managed to alienate a group of artists it had hoped to celebrate. Several of them charged the museum with propagating systemic racism by not properly compensating BIPOC artists for their work, nor asking permission for the work to be displayed.

"This is unreal," wrote photographer Gioncarlo Valentine in a Monday evening tweet. He posted a screenshot of a message that appeared to be from Whitney curator Farris Wahbeh informing Valentine that one of his prints, called "Untitled" from the project See In Black, had been acquired for the Whitney's special collections and the Whitney planned to include it in the upcoming show.

"In recognition and appreciation of your inclusion in the Whitney's program, I'm happy to note that you will receive an Artist Lifetime Pass which allows you and a guest free entry to the museum as well as other benefits," the screenshot reads in part. "I'm so honored that your work will be on view in this exhibition and couldn't be more excited that it will reach Whitney audiences at this critical time."

The exhibition, originally scheduled to open Sept. 17, was intended to showcase "the critical role of artists in documenting moments of seismic change and protest," according to a now-deleted press release, and was to include "prints, photographs, posters, and digital files that have been created this year in response to the COVID-19 pandemic and the Black Lives Matter movement."

Valentine was having none of it. "One of the many reasons I don't use social media at all," he tweeted. "[This] man was following me, not engaging my work, not asking me [expletive], and 'acquired' a print that I did not sign or make, meant to raise money.

See In Black is a collective of Black photographers organized to dismantle white oppression, according to the group's mission statement. It sells work to support causes "that align with our vision of Black prosperity. We stand in solidarity with our greater Black family to take immediate action for the improvement of Black Lives."

Once the controversy started spreading through social media, the group responded with a statement that read in part: "the Whitney's use of the world acquired through the See In Black Print sale at significantly discounted prices – the proceeds of which were donated 100% to charity – constitutes unauthorized use of the works to which the artists do not consent and for which the artists were not compensated. See In Black is not affiliated with the Whitney's exhibition.

"We want to make one thing clear," the statement continued. "See in Black's purpose has always been to uplift and invest in Black Visibility. We stand behind the photographers who participated in our charitable initiative and will continue to prioritize their interests in this matter."

Negative reaction was quick and widespread. Art critic Antwaun Sargent suggested in a tweet that acquiring the works for the special collection reduced them to ephemera; "reader: it's a meaningless internal distinction and loophole," he wrote. Writer Muna Mire tweeted, "I can't believe how EVIL it is for the Whitney to 'acquire' movement art priced w intent for the community to use for fundraising/flyering." She continued, "So extractive to turn around and parrot social justice language in a show that accomplishes precisely what it positions itself to be against."

Artist and social critic William Powhida was equally blunt. "Now I'm wondering if the @whitneymuseum will cancel the show before speaking to the artists," he presciently tweeted. "Just like the way they organized the show."

On Tuesday afternoon, the Whitney announced "Collective Actions" would be canceled. In an abashed letter of apology, curator Farris Wahbeh wrote:

"My sincere hope in collecting them was to build on a historical record of how artists directly engage the important issues of their time. Going forward, we will study and consider further how we can better collect and exhibit artworks and related material that are made and distributed through these channels. I understand how projects in the past several months have a special resonance and I sincerely want to extend my apologies for any pain that the exhibition has caused."

A previous version of this story misspelled Farris Wahbeh's first name as Ferris.