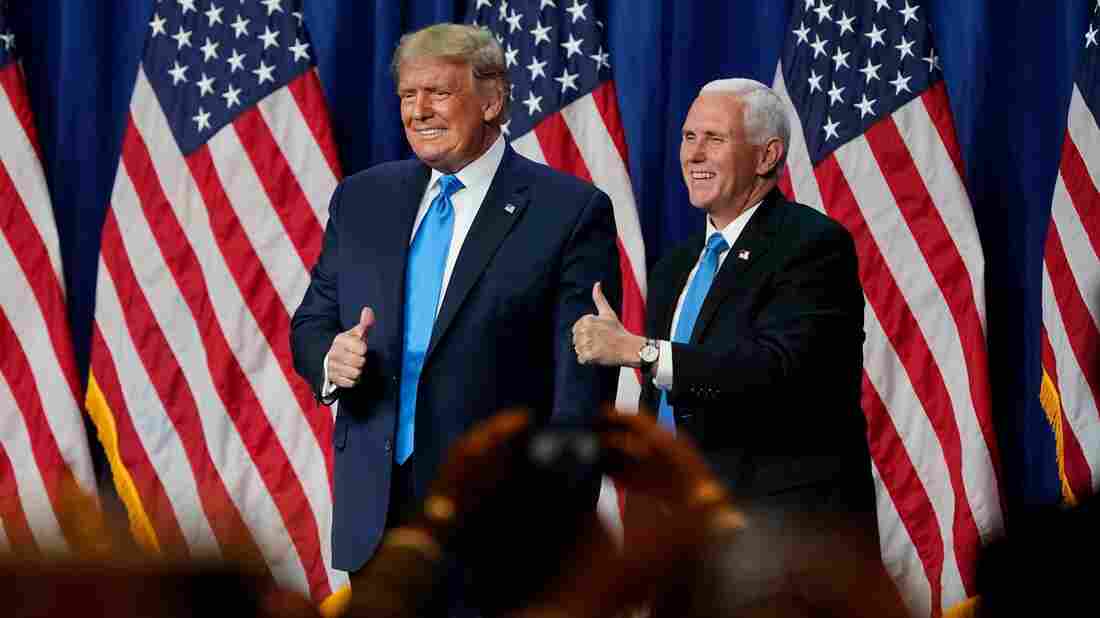 Vice President Mike Pence is seen as a loyal wing man to President Trump at the White House and on the campaign trail. He speaks to the Republican National Convention on Wednesday from Fort McHenry. Chris Carlson/Pool/AFP via Getty Images hide caption 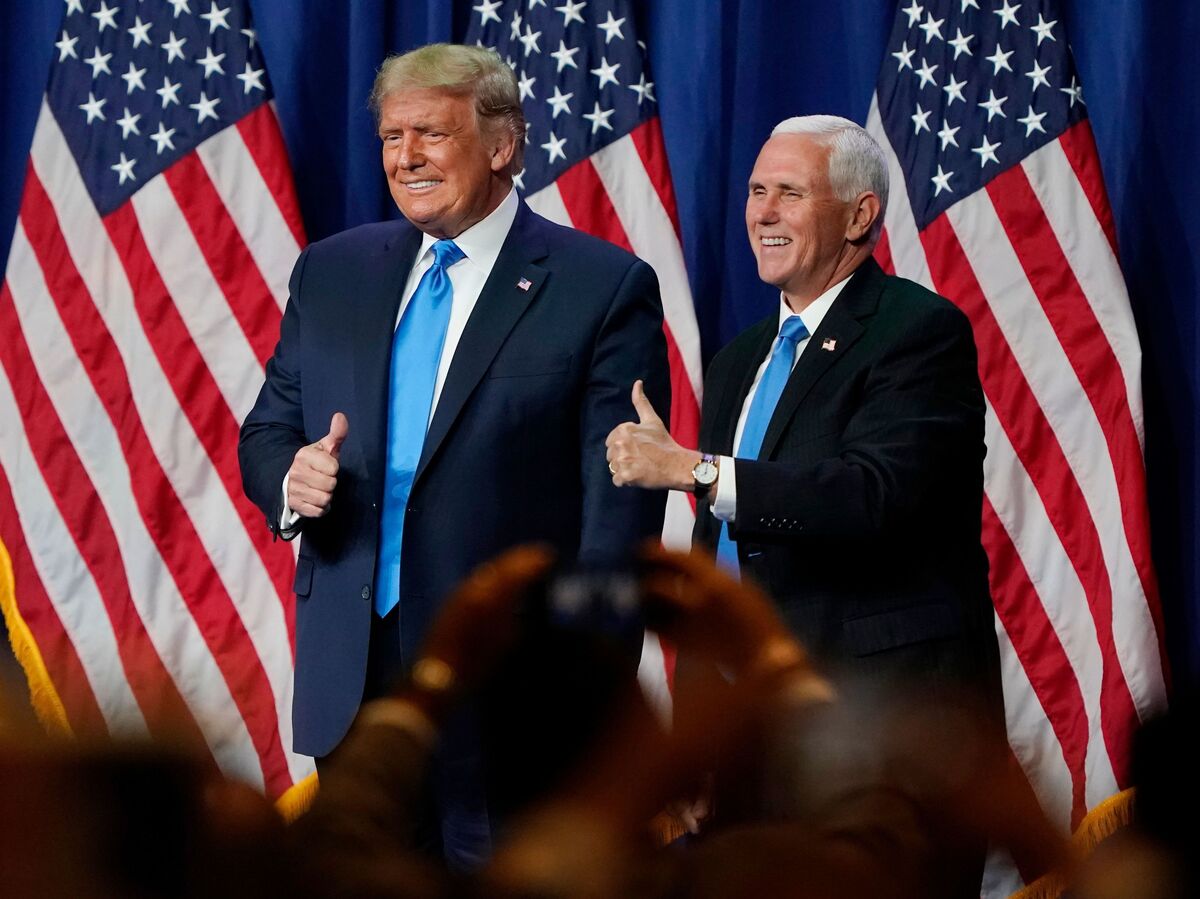 Vice President Mike Pence is seen as a loyal wing man to President Trump at the White House and on the campaign trail. He speaks to the Republican National Convention on Wednesday from Fort McHenry.

When Vice President Mike Pence speaks to the Republican National Convention from Baltimore's Fort McHenry on Wednesday, he will aim to leverage his conservative bona fides to make the case that President Trump is a stronger choice for the economy and law and order than his Democratic opponent.

It's the kind of message this loyal wing man has hammered home time and again with evangelical Christians, social conservatives and mainstream Republicans who have become part of the voting base for Trump, a former reality star and real estate developer.

In many ways, Pence takes on the role of Trump translator, helping temper and reshape the president's bombast into more measured language that is palatable to middle America.

"Basically he's been Trump's bridge to the evangelical community as well as to the Midwest," said Paul Helmke, the former mayor of Fort Wayne, Ind., a Republican who has known Pence for more than two decades.

The Trump campaign is putting Pence's Midwestern sensibilities to work again to assure Republicans that the president is a man of faith and a better choice to look out for their interests than Joe Biden.

"Vice President Pence is President Trump's top asset on the campaign trail," said Ken Farnaso, a spokesman for the campaign. "It's undeniable that his retail-style politics is complementary to the president."

For Pence, Coronavirus Task Force Is A High-Profile Assignment With Political Risk

Trump gave Pence a rare spotlight for his own crisis leadership skills in February when he put him in charge of the coronavirus response — an assignment also fraught with political peril.

"In the first months of the coronavirus ... he was the guy," said Alex Conant, former communications director for Sen. Marco Rubio's 2016 presidential campaign.

Before Trump snatched back the reins and took over the widely watched daily briefings, Pence was extremely reverential to the president, constantly referring to decisions and actions as being taken at Trump's behest. 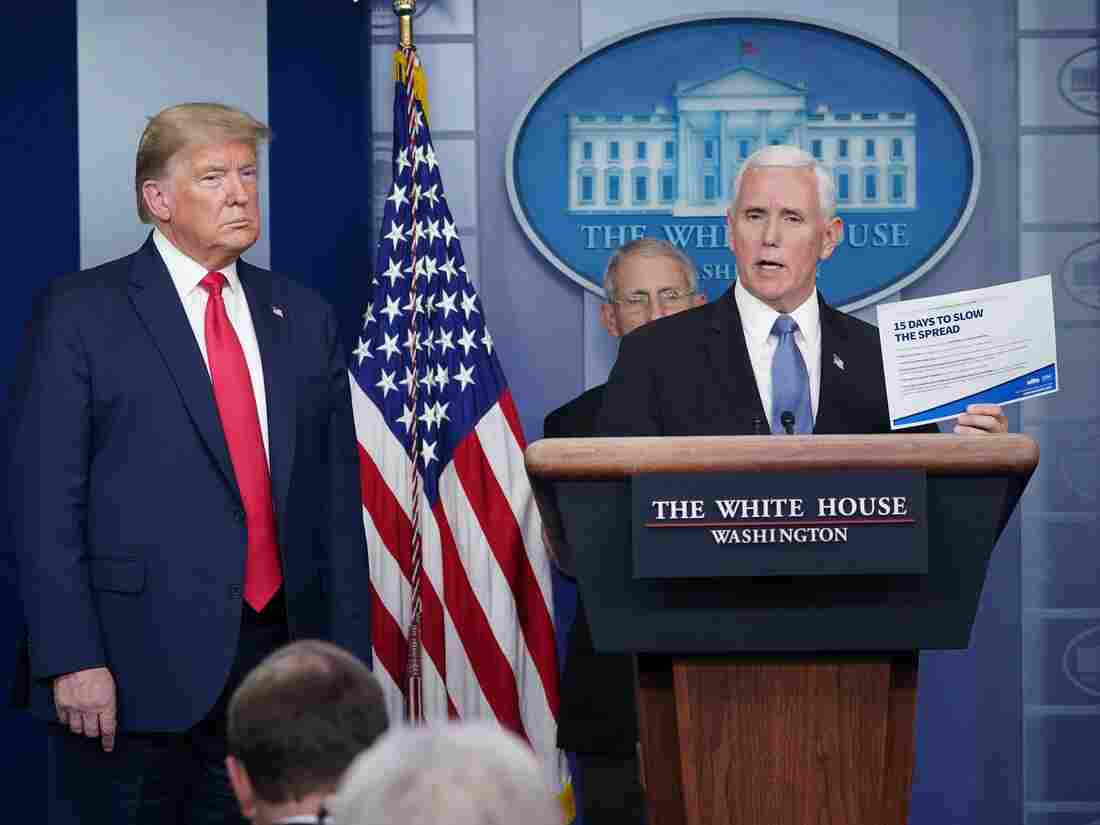 Vice President Mike Pence was a fixture at coronavirus briefings early in the pandemic, brandishing a copy of the White House guidelines to slow the spread. Mandel Ngan/AFP via Getty Images hide caption 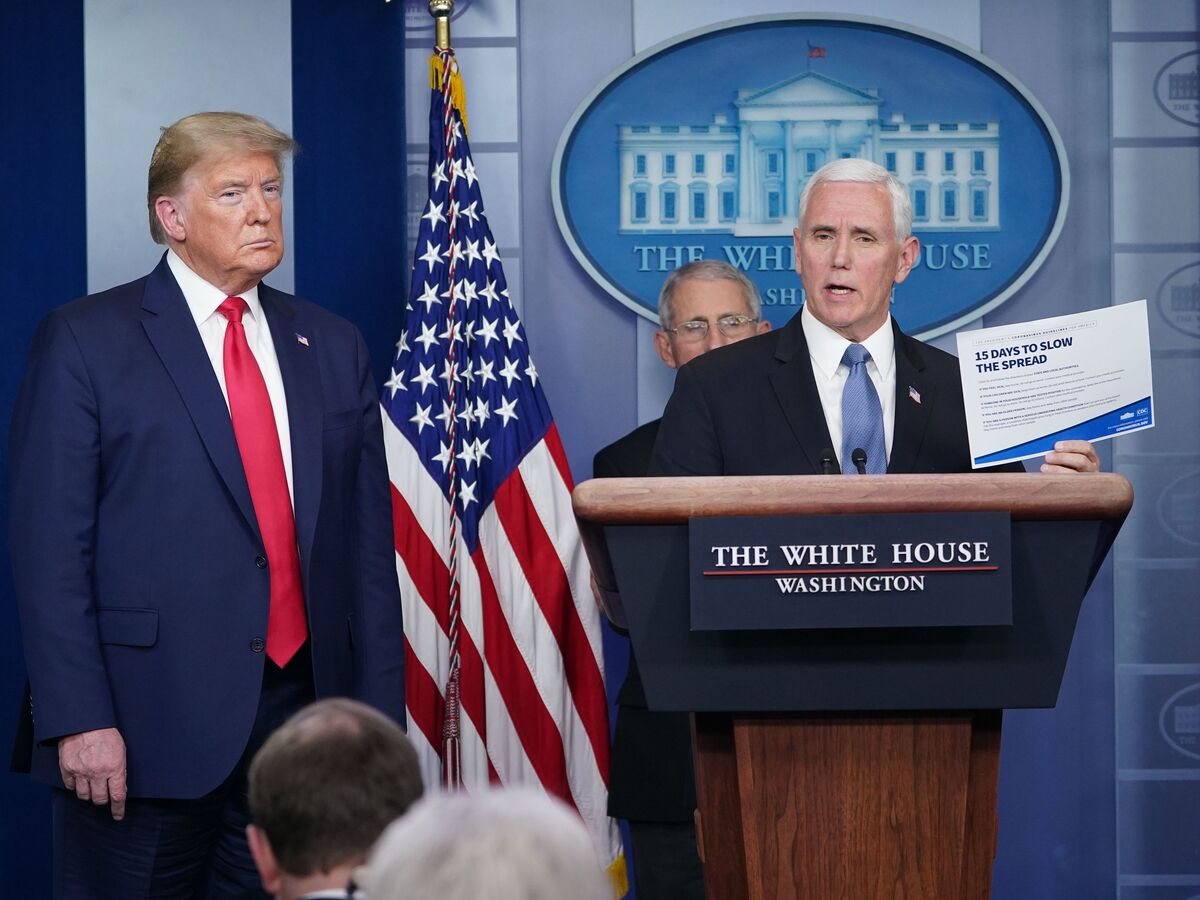 Vice President Mike Pence was a fixture at coronavirus briefings early in the pandemic, brandishing a copy of the White House guidelines to slow the spread.

When coronavirus restrictions stopped Trump's massive rallies, Pence quietly kept up political travel and fundraising. This work has taken him through 27 states since October, including multiple visits to key southern and Midwestern states.

On Friday, Pence will headline campaign events in Michigan and Minnesota, and on Saturday will deliver a commencement speech at the Wisconsin Lutheran College.

The campaign has said Trump and Pence needs to win one of three key states — Michigan, Wisconsin, Pennsylvania — without losing others they won in 2016.

Pence has made seven trips to Wisconsin since October, six to Pennsylvania and four to Michigan — along the way, doing more than 70 interviews with local news outlets in those states.

He's also been to Florida 10 times, a state Trump barely won in 2016 and needs to carry again.

Steve Shine, a longtime friend and chairman of the Allen County, Ind., Republican Party, said he sees Pence as one of the most invaluable pieces of Trump's team, comparing Pence's style and mannerisms to former Republican President Ronald Reagan.

"He is someone who people feel very, very comfortable with," Shine said, explaining Pence embodies traits like loyalty, honesty and ethical respect for life that lift the Trump-Pence ticket.

"He is the kind of person you would want as your next-door neighbor and would want to have them have a good relationship with the guy next door. That would be Mike Pence."

In contrast to his running mate, Pence can be trusted to stay on message in any environment, Republican strategist Ryan Williams said — the opposite of Trump in many ways.

And he is above all loyal to Trump, which has helped their relationship but could nick Pence's reputation as a principled conservative.

Pence "has been willing to just go along and defend whatever [Trump] said, which potentially could be at his peril for the future if Trumpism certainly were to sour after this election," said Williams, as a spokesman for 2012 presidential nominee Mitt Romney.

Pence is believed to hold ambition to become his party's presidential candidate in 2024. Asked about that by Fox and Friends on Monday, Pence grinned, as if anticipating the question, and said: "All of my focus is on getting this president reelected for four more years."