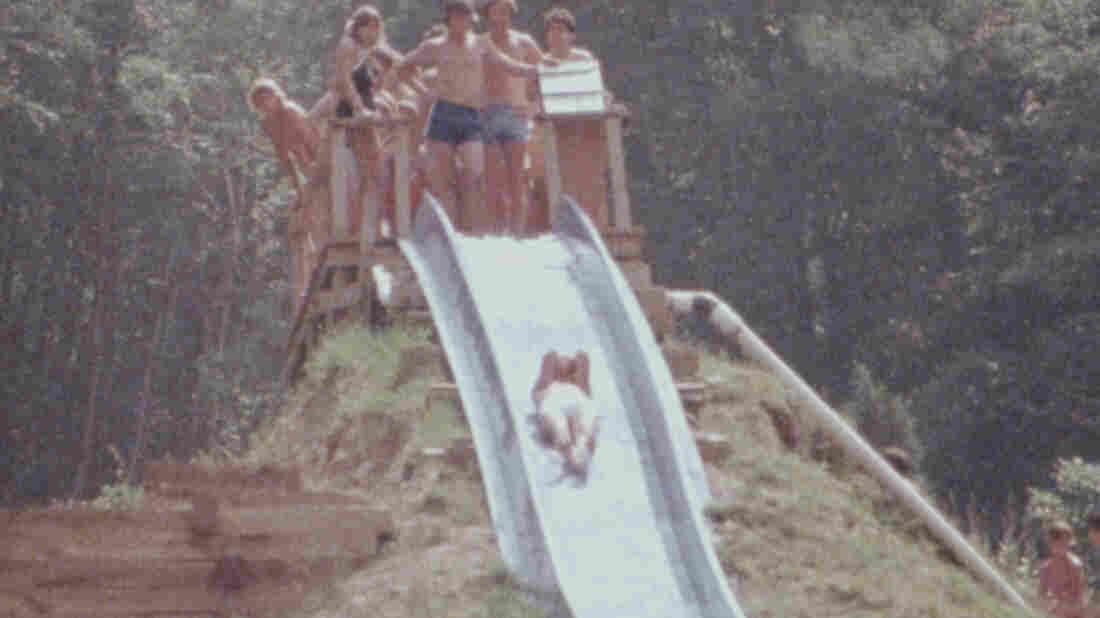 Grainy footage of kids getting ready to fly down dangerous rides is the most striking image in the documentary Class Action Park. HBO Max hide caption 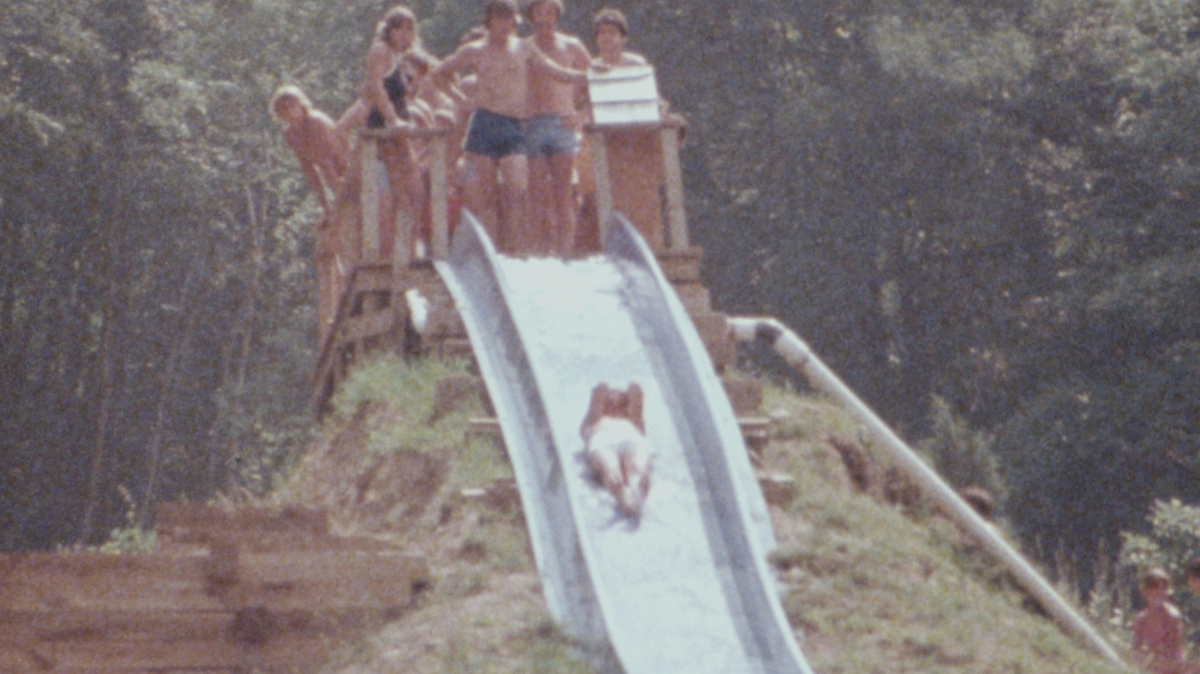 Grainy footage of kids getting ready to fly down dangerous rides is the most striking image in the documentary Class Action Park.

There's a species of giddy nostalgia that involves laughing off what you barely survived. It can be even more powerful if, at the time, you didn't know how lucky you got. It's the nostalgia of near-miss childhood accidents and times you almost set the house on fire, and of things that fell from the ceiling a foot from your head. It's also the nostalgia of the new documentary Class Action Park.

Made by Seth Porges and Chris Charles Scott, the film chronicles Action Park, the New Jersey waterslide park that opened in 1978, enjoyed great popularity in the 1980s and is now remembered in part for the injuries and deaths that gave it its nickname and contributed to knocking it out of business in 1996. Some parks have themes like the Wild West or futurism or countries of the world; Action Park's theme was deregulation. With roots in Wall Street arrogance and an apparent ability to wiggle around any legal obstacle its leadership encountered, the park was built around one question: Who says we can't?

Not surprisingly, it was very popular with teenagers, many of whom have a similar philosophy but not the money to translate it into physical reality. It was run by kids, too. Employees (mostly boys) who are now middle-aged men remember workers as young as 14, in flagrant violation of labor laws, being put in charge of operating rides that were unsafe to begin with. According to those who were there, the rides — built without relevant know-how or concern for safety, but with lots of drive to make everything more exciting — took out teeth, dislocated shoulders, gashed foreheads and laid down friction burns all along arms and legs.

More importantly, the film says, people died. Three drowned in the wave pool. One was thrown from a ride onto rocks the park had been told to remove. One was electrocuted after falling into water near submerged machinery. The park had to buy its own ambulances, so thoroughly was it monopolizing local emergency-response resources.

To top it all off, the liability insurance the park supposedly had was with a company park owner Gene Mulvihill set up for himself in the Cayman Islands. According to this telling, if you sued, he fought. If you won, he didn't pay until the marshals came to the park to collect. All told, this could have been a film with the fully dark tone of an Alex Gibney exposé, but it isn't that.

Because the people who remember Action Park want you to know it wasn't all bad.

There is, you see, that giddy nostalgia — even a genuine, rollicking humor — in the recollections of parkgoers and employees about what it was like to visit a water park essentially built to be out of control. They say it was wild, it was exciting, it was a place to test your courage. It was fun and weird, and kids ran it without much adult supervision. People drank too much and crashed sleds and fought and, yes, they got hurt, but in its own way, it was a really good time. That's what they all say. That's why Jimmy Kimmel and Johnny Knoxville are grinning in a piece of old footage where they're chatting about how dangerous everything was. It wasn't some secret, underground den of iniquity, either: MTV filmed an episode of Headbangers Ball there with Alice in Chains. There were TV commercials. Its dangers got written up in the paper — which, of course, made kids want to visit even more. 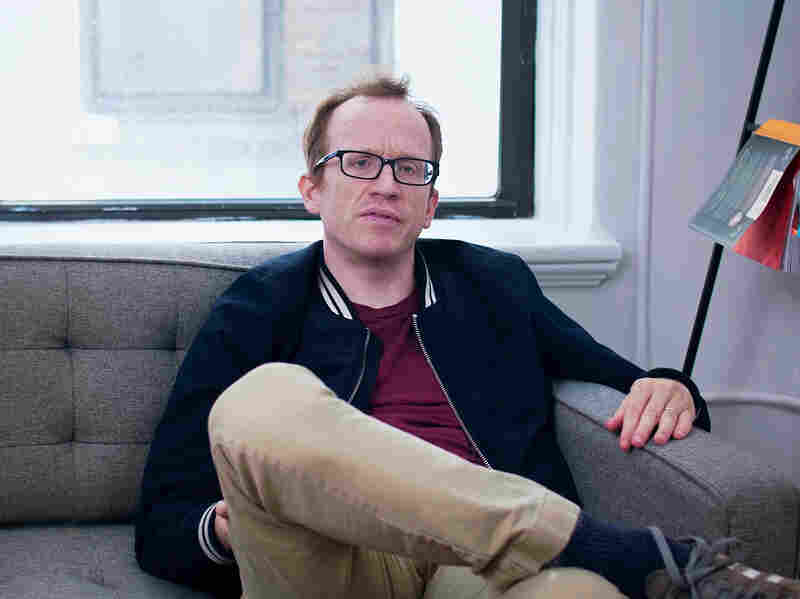 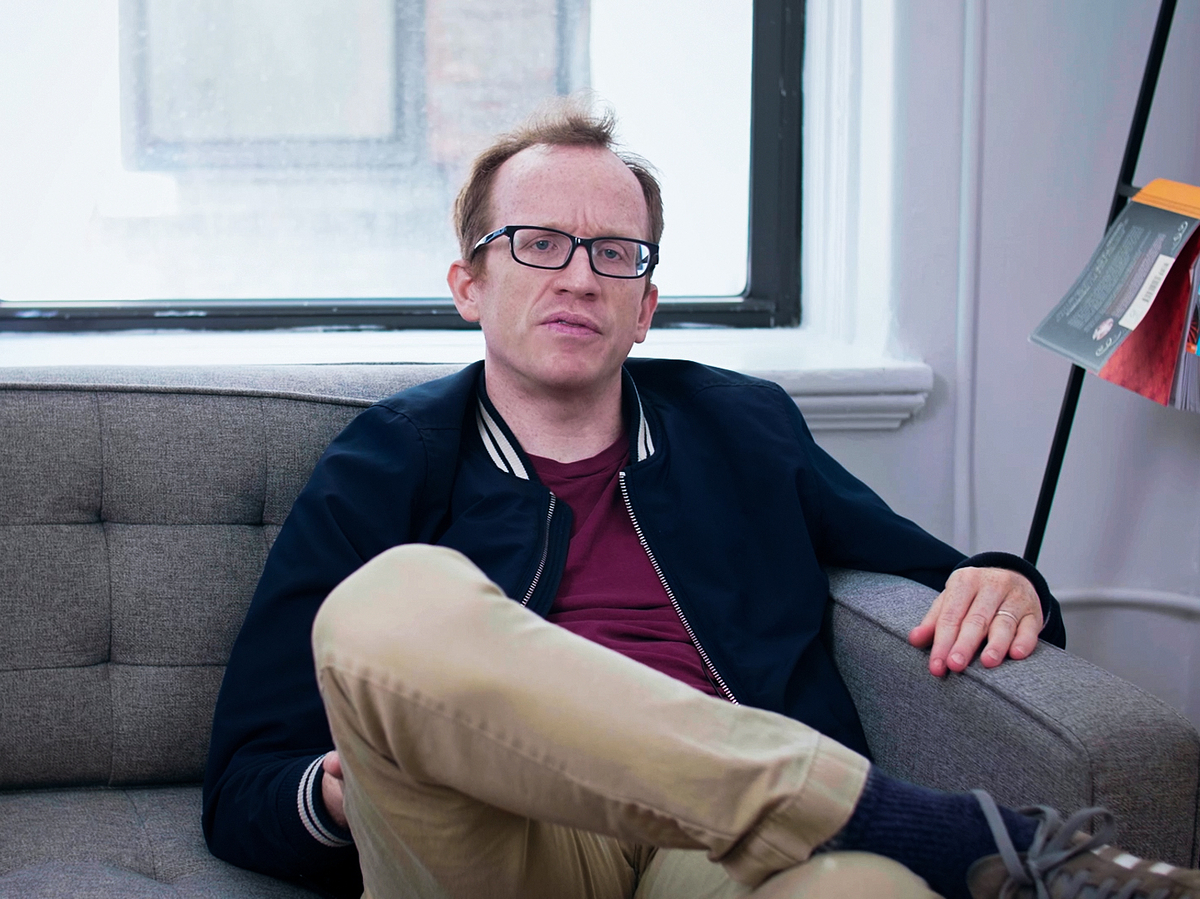 Chris Gethard provides some of the smartest and funniest reflections in Class Action Park.

That's why the filmmakers were so smart to turn to one of our great cultural commentators on comedy/tragedy juxtapositions: comedian Chris Gethard. Gethard has done comedy about his own suicide attempt and, as it turns out, he was an avid attendee at Action Park (he even talked about it on his 2019 album Taylor Ham, Egg and Cheese, which is entirely about New Jersey). His descriptions of what the rides were like are uproariously funny, but more than any of the other people interviewed, he reckons with the limitations of nostalgia for the childhood risks you took, even if you had fun. More than anyone, he's willing to say that the fact that something was fun, that you smile and laugh when you remember it, doesn't mean it's good that it happened. He talks, with admirable directness, about the fundamental conflict between how things feel when they happen to you and how you look back at them later, and that applies to a lot more than just dangerous amusement parks.

I don't know that anyone else could have brought the perspective to this that Gethard does. Everyone else who isn't directly a victim of the park's dangers comes off as perhaps a touch too glib, a little too impressed with the bad-assery of it all, a little too willing to sound convinced that it was a good thing that kids weren't so soft back then. Because, yes, you do get some of the expected comments about how kids aren't allowed to ride their bikes 15 miles each way to a water park anymore, and how in the 1980s, "we" as teenagers were carefree and happy (take note: "we," as always, is not applicable to everyone). But it's Gethard who's the most determined to hold in his head simultaneously the appeal of nostalgia and its traps. It's his commentary that can comfortably live beside both the reminiscences of the people whose memories of Action Park are mostly funny and the interview with the mother of one of the boys who died there.

They hit the sweet spot with this movie, in that it's a film that will work for people who knew all about Action Park (or Class Action Park, or Traction Park, or another of its nicknames), but also for people who didn't, really. There's plenty of retracing of the park's rocky, slippery steps, but also a lingering, underlying quandary with broad application: "How do I put context around this experience that I enjoyed, but that I almost certainly would not have had in a better-run world?" Or perhaps, "How do I make peace with having enjoyed something that hurt people, but not because of anything I did?"

It's a great story, well told. And while there are threads that could have been more thoroughly pursued (particularly allegations about Mulvihill's influence on local politicians, who had known about the park's safety record for years), what emerges is both a solid history of the park and a surprisingly thoughtful piece about how we contextualize our own childhoods.