Accessibility links
New Fortnite Season Will Not Be Available On iPhones, As Judge Sides With Apple The maker of the popular Battle Royale game is being banned from Apple's App Store after skirting the tech giant's rule that it receive a 30% cut of every purchase. 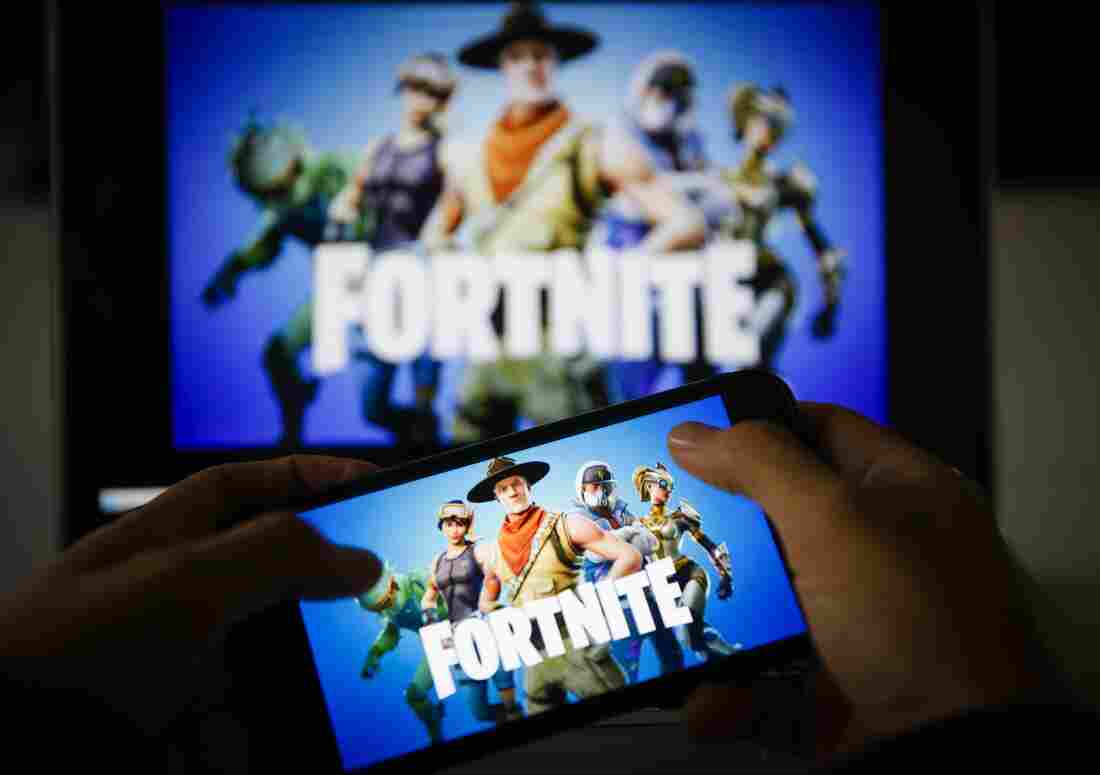 Fortnite is releasing its new season, Chapter 2 - Season 4, on Thursday, but it will not be available on iPhones or other Apple devices because of a legal dispute between Epic Games, the maker of Fortnite, and Apple over in-app commissions. Metin Aktas/Anadolu Agency/Getty Images hide caption 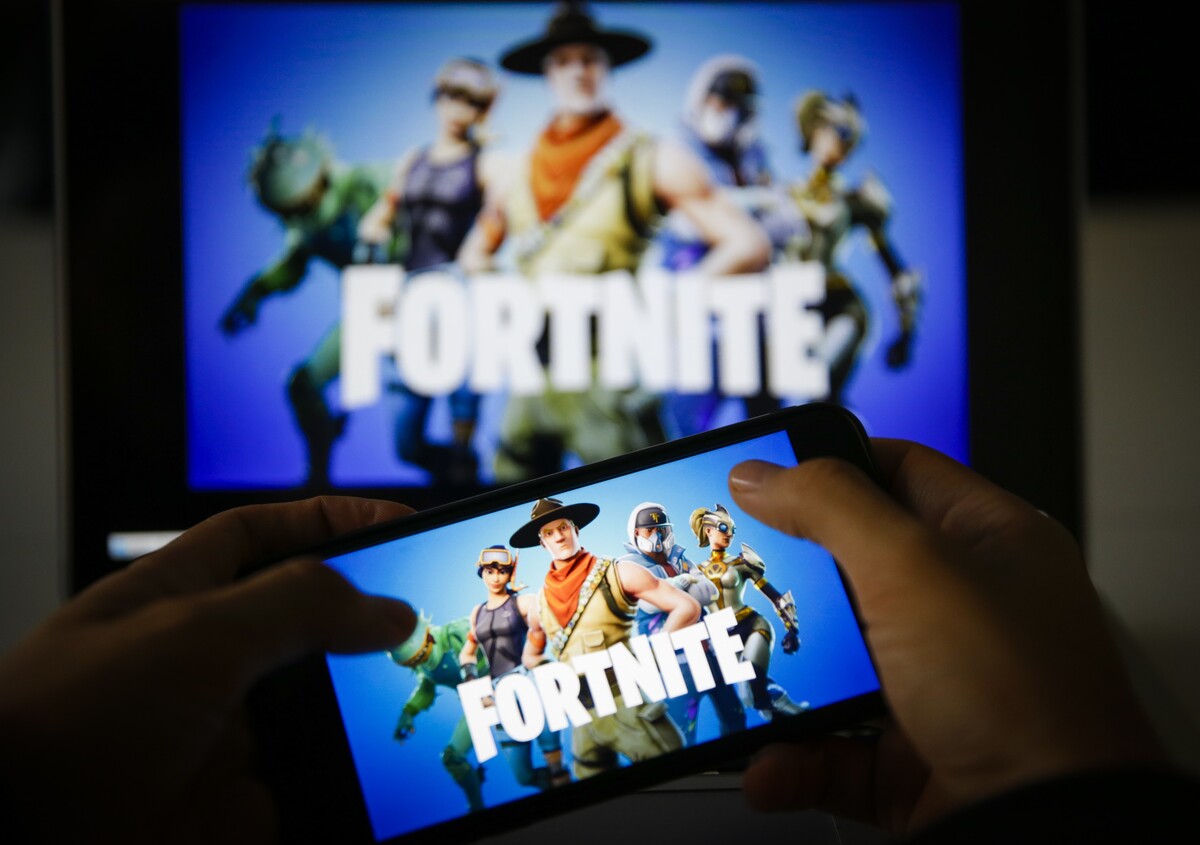 Fortnite is releasing its new season, Chapter 2 - Season 4, on Thursday, but it will not be available on iPhones or other Apple devices because of a legal dispute between Epic Games, the maker of Fortnite, and Apple over in-app commissions.

The hugely popular fantasy battle game Fortnite is releasing its latest version on Thursday, but gamers hoping to play the new season on iPhones, iPads or Mac computers will be locked out.

Because of a high-stakes legal dispute between Fortnite maker Epic Games and Apple over the tech giant's 30% commission on app purchases, Fortnite's 350 million registered players will not be able to access new versions of the game on any Apple product.

Gamers can play the new version on consoles like Xbox, Nintendo, PlayStation and PC computers.

Apple users who already have the game can continue to play its current version, but will not be able to receive updates. And Mac owners interested in downloading Fortnite for the first time will be out of luck.

"Apple is blocking Fortnite updates and new installs on the App Store, and has said they will terminate our ability to develop Fortnite for Apple devices. As a result, Fortnite's newly released Chapter 2 - Season 4 update (v14.00), will not release on iOS and macOS on August 27," Epic Games said in a statement.

Epic took an ambitious shot at challenging Apple's controversial 30% commission on paid apps, called by critics "the Apple tax," by filing a federal lawsuit and launching an online campaign complete with a video parodying Apple's famous 1984 Macintosh advertisement, with a female Fortnite warrior dashing to the battlefield while carrying a unicorn-shaped club.

The feud comes just as lawmakers and regulators in the U.S. and Europe bear down on Apple over its alleged anti-competitive behavior, including probes of the tech giant's 30% commission, which Democratic Rep. David Cicilline of Rhode Island, chairman of the Judiciary Subcommittee on Antitrust, Commercial and Administrative Law, has compared to "highway robbery."

Dan Ives, a tech analyst at Wedbush Securities, said Epic carefully timed its public fight, but he said Apple, the most valuable company in the world, is a formidable opponent.

"Epic tried to strike when the iron was hot: Go after Apple, groundswell a social media movement," Ives said. "But it comes down to the courts. And going up against Apple, it's like trying to dunk over LeBron."

Epic hoped its lawsuit would help Fortnite re-enter Apple's app store, but a federal judge this week ruled in favor of Apple.

U.S. District Judge Yvonne Gonzalez Rogers on Monday found that Epic, by selling its products on its own platform and bypassing Apple's App Store, appears to be in breach of its contract with Apple.

"The current predicament appears of its own making," Gonzalez Rogers wrote in her order.

The judge did, however, side with Epic on another issue.

She found that Apple over-retaliated by removing Epic's developer tools, known as Unreal Engine, from Apple devices. Those tools are used by medical professionals, filmmakers, architects and other third parties.

"Epic Games and Apple are at liberty to litigate against each other, but their dispute should not create havoc to bystanders," the judge wrote.

A full hearing on the matter is scheduled for Sept. 28. It will be held over Zoom.

On the 30% commission tussle, the judge hinted that Epic does not appear to have a convincing case. Epic claims that Apple is running afoul of the Sherman Antitrust Act of 1890 by acting like a monopoly. The judge remained skeptical.

Gonzales Rogers wrote that "the Court cannot conclude that Epic has met the high burden of demonstrating a likelihood of success on the merits, especially in the antitrust context."

In a statement to NPR, Apple said it will "gladly welcome Fortnite back" into its app stores if Epic complies with all of its rules, including that payments be processed through Apple's own system.

"We thank the court for recognizing that Epic's problem is entirely self-inflicted and is in their power to resolve. Our very first priority is making sure App Store users have a great experience in a safe and trusted environment, including iPhone users who play Fortnite and who are looking forward to the game's next season," an Apple spokesman said.

Epic has filed a similar lawsuit against Google alleging an abuse of monopolistic power by taking a 30% cut from developers on purchases made through the Google Play store.

U.S. Magistrate Judge Nathanael Cousins has not yet ruled on whether to issue an injunction against Google, as Epic is requesting.

Apple often points out that 84% of apps in its store are free and not subject to any fees. The commission on paid apps supports app security and privacy, according to the company.

Analyst Ives said since spending on mobile apps represent a $120 billion slice of global spending, how Epic's legal battles with Apple shake out will reverberate through the entire digital economy.

"This legal challenge is more than just Epic versus Apple," Ives said. "It continues to show that they have the keys to the kingdom."