Accessibility links
StoryCorps: From The School Bus To The ER, A Doctor's Experiences With Rac Ayim Darkeh's mother worried about his safety when he was wasn't at home. Darkeh told her he hopes he's able to protect his own son and "he has the opportunity to be young and just grow." 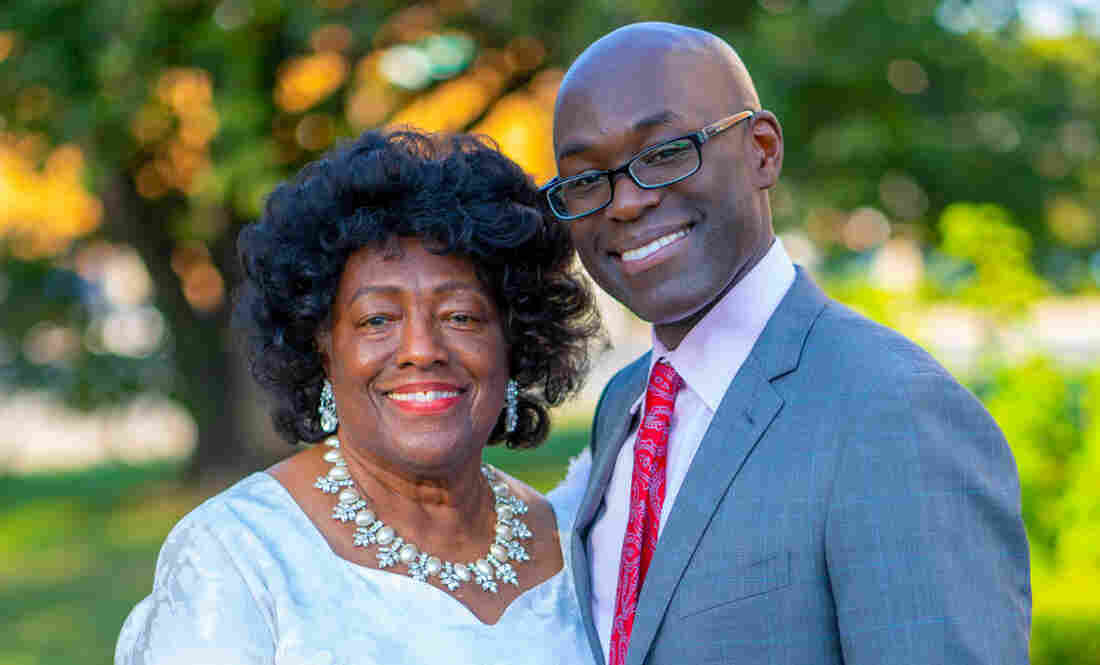 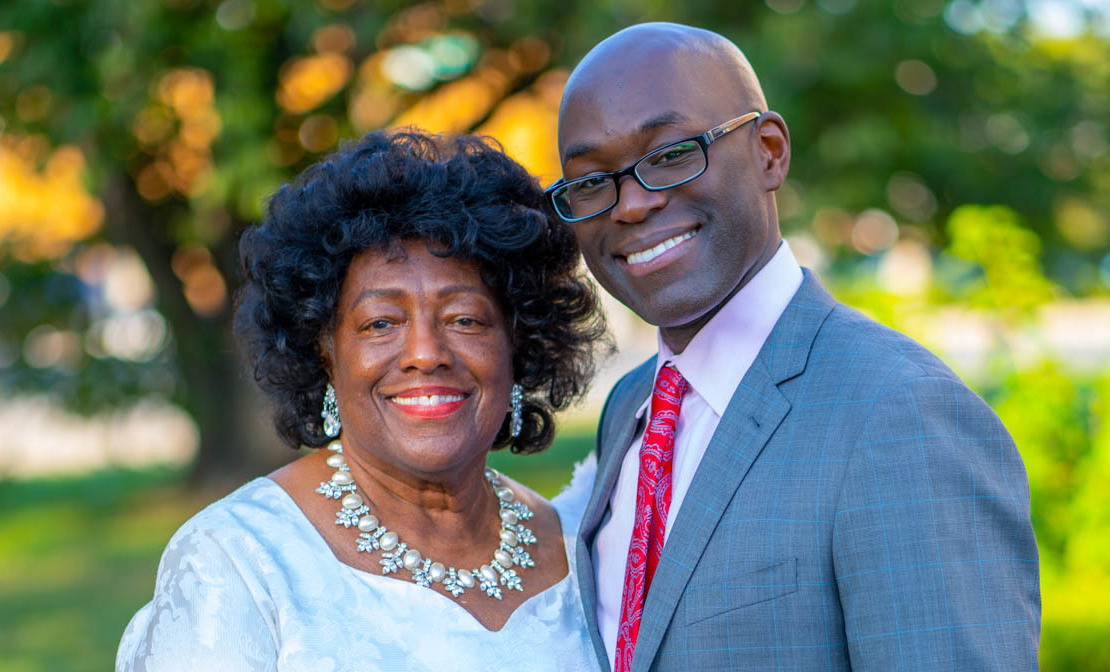 Shirley Darkeh with her son, Ayim Darkeh, at Shirley's 85th birthday celebration at a church on Long Island last year.

As nationwide protests continue to inspire conversations about racial inequity in America, Ayim Darkeh is reminded of his not-so-distant past.

Darkeh, an emergency room doctor in New York City, spoke with his mother, Shirley, in June about his experiences with racism dating back to childhood.

The family moved to Westbury, Long Island, in the 1970s, where Ayim was one of the few Black students at his elementary school.

"What I remember is that the kids used to call me 'blackie,' " Ayim, now 43, told his mother in a StoryCorps conversation. "But the moment that it boiled over was in the school I had 'two best friends' and we were on the school bus coming home. And some childhood argument over who got the last Fruit Roll-Up erupted and Scott, who was white, called me a 'negro.' "

From Trayvon Martin To George Floyd, A Dad And Son Keep Protesting For Equality

"I just remember feeling upset with myself for being so devastated and allowing someone to have such an influence and effect on me."

Shirley, 85, said she didn't tell her son at the time, but she went to the school to speak with a teacher about the incident. "The teacher had the audacity to tell me that 'Well he is Black, isn't he?' "

When Ayim wasn't at home, Shirley worried more about his safety than that of her two daughters, she said.

"You being a little boy, I was very much concerned," she recalled. "But I made it a point not to let you know my concern. I had my prayer partners from church, and I believed in you and knew that the sky was the limit. And that's what we encouraged you to do."

It was Ayim's late father who inspired him to pursue a career in medicine.

"There are moments where it's amazing, and especially when I get my older patients who are members of the civil rights generation, they're so proud of me," he said.

While working in Evansville, Ind., a young Black woman told Ayim that he was the first Black doctor that she'd ever had. "She invited me to church," he recalled.

What infuriates Ayim are the subtle ways he still experiences discrimination.

"Going to a patient's room at age 40 with some gray hairs, with a medical student who's 25, and they direct all their questions and talk to him like he's the doctor," he said. "So they'll ask him, and he will look at me. I will respond to the patient. They will look back at the 25-year-old and ask another question." 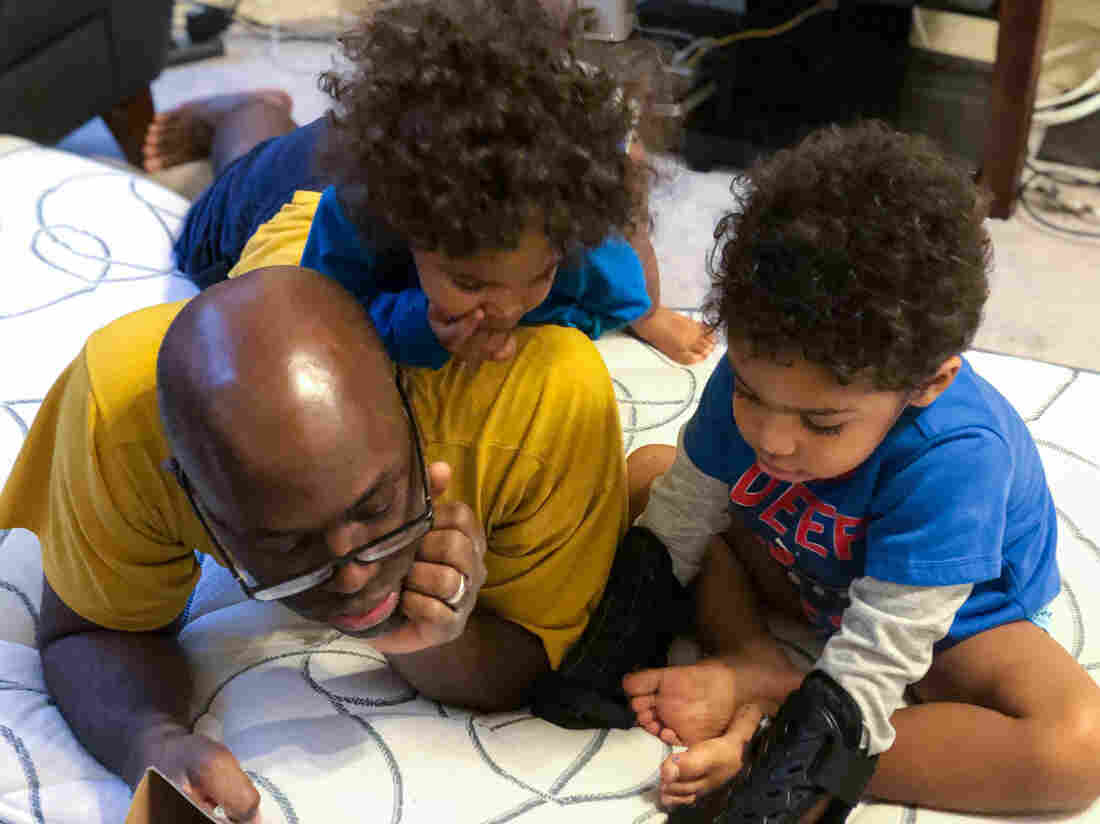 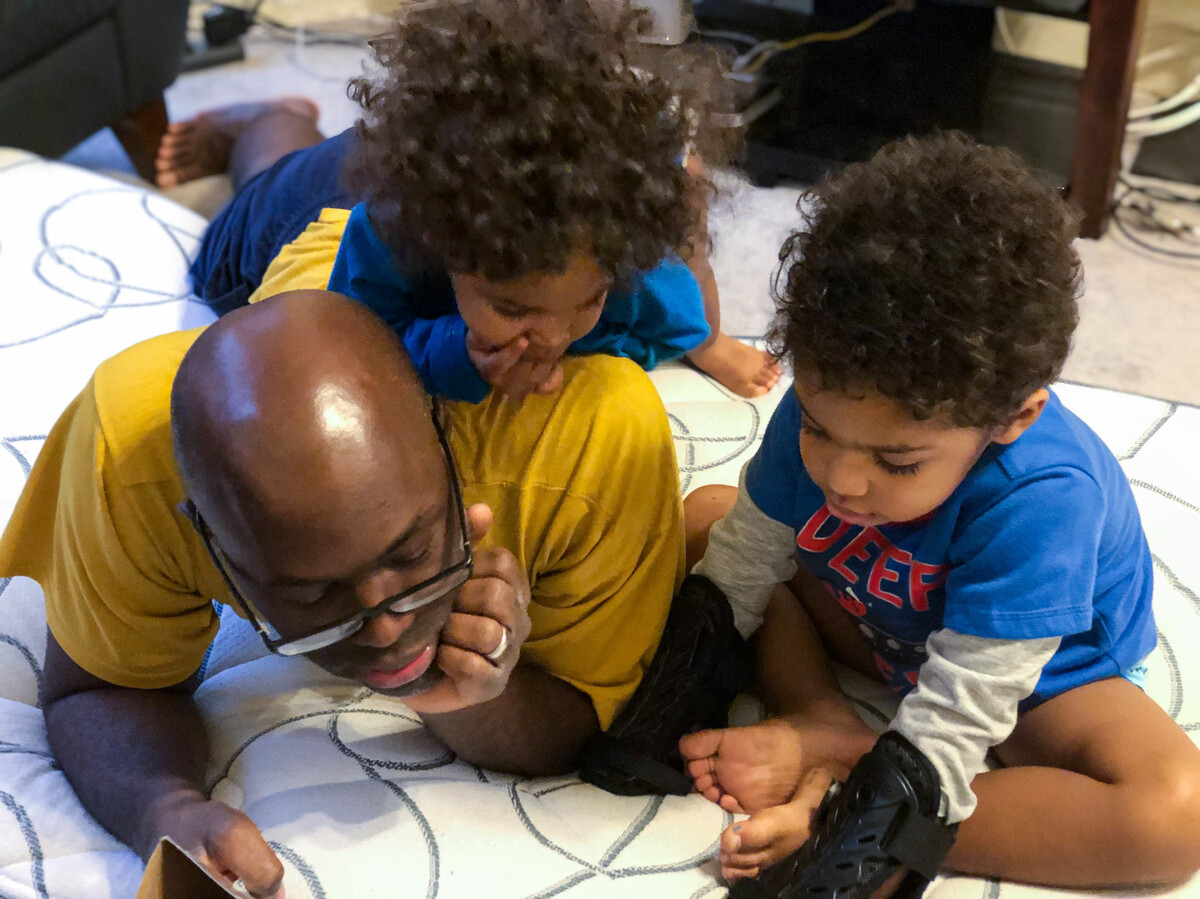 Ayim Darkeh with his children at their Brooklyn home last year.

Ayim is now raising two young children of his own, a daughter and a son.

"I have more fears than have hopes for my kids," he said. He hopes that in their childhood, "they are still regarded and looked at like they're children."

"I think about how much apprehension you had," he told his mother. "And now, I look at my boy, and I just — I hope I'm able to protect him and he has the opportunity to be young and to just grow."