Accessibility links
Mayors Of College Towns Brace For The Economic Impact Of Remote Learning Mayor Walt Maddox of Tuscaloosa, Ala., Mayor Donnie Tuck of Hampton, Va., and Mayor Bruce Teague of Iowa City, Iowa, on how they're trying to halt the spread of the coronavirus. 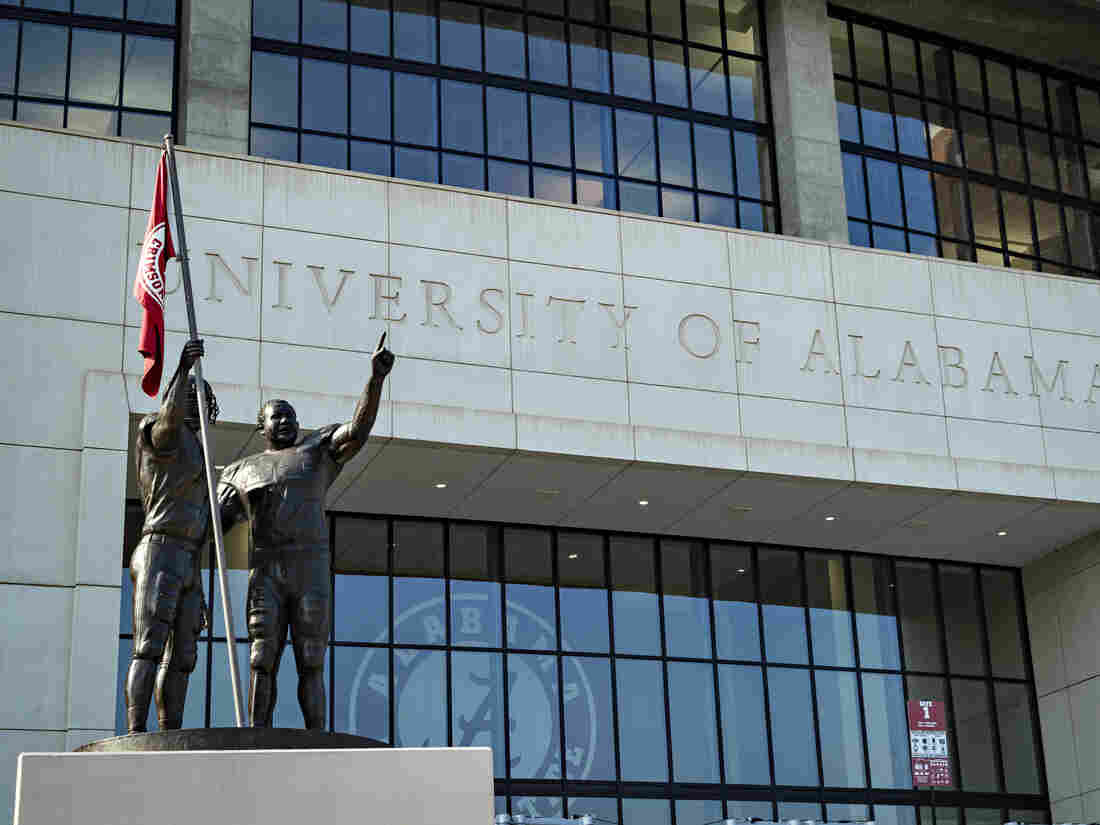 The University of Alabama in Tuscaloosa makes up a sizeable portion of the city's population of roughly 100,000. Mayor Walt Maddox says losing an entire semester of school would be "economically disastrous for our community." Wesley Hitt/Getty Images hide caption 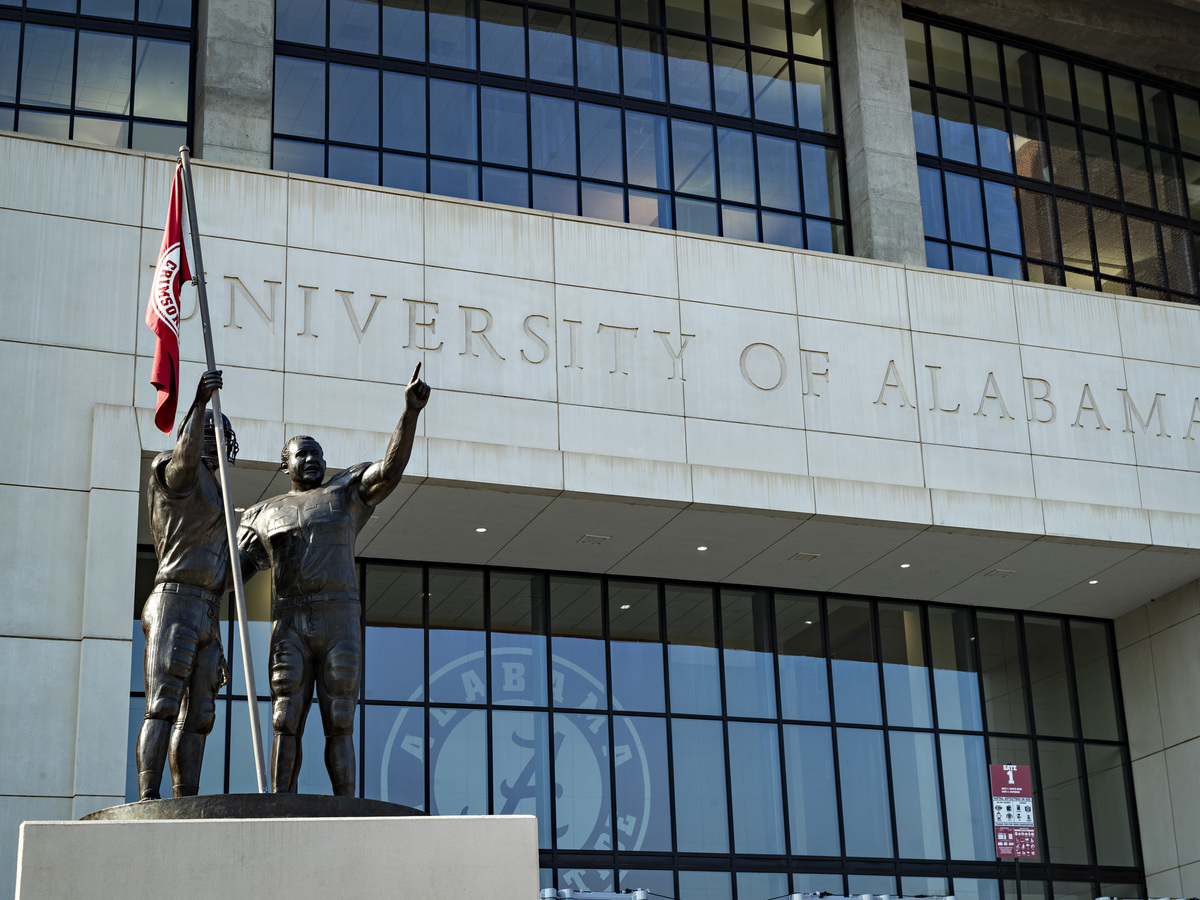 The University of Alabama in Tuscaloosa makes up a sizeable portion of the city's population of roughly 100,000. Mayor Walt Maddox says losing an entire semester of school would be "economically disastrous for our community."

Across the country, colleges and universities are struggling to decide how to teach students in the midst of the COVID-19 pandemic. Some schools have turned to remote learning; some have attempted to reopen campus with various precautions in place. Others are trying a mix of both.

For the municipalities that are host to colleges and universities, these decisions can be costly. Whether it's curtailing the spread of the virus in their communities, or losing the typical influx of student spending that arrives each fall, these cities and towns are bracing for a challenge.

In South Bend, Ind. earlier this month, the University of Notre Dame paused in-person classes for undergraduate students until at least Sept. 2 after more than 100 students tested positive for the virus after just a week of classes.

"The rise we've seen in recent days is unacceptable, and if unchecked, threatens our ability to complete the rest of the semester on campus," University of Alabama president Stuart Bell said at a press conference this past week. "Now is the time for action."

Whatever steps the university takes could take a heavy toll on the economic reality of Tuscaloosa. Mayor Walt Maddox told NPR's Weekend Edition that losing an entire semester of school would be "economically disastrous for our community."

"That's why we had to take some extraordinary measures within the city as the university did on campus to prevent the further spread of the coronavirus," Maddox said. "We closed down the bars and we eliminated bar service in restaurants."

As one of the largest state schools in the country, the University of Alabama carries outsize influence on the Tuscaloosa economy. With a student population of about 38,000, the university makes up a sizeable portion of Tuscaloosa's 100,000 residents.

But not all college towns are as dependent on their universities for economic success.

Mayor Donnie Tuck of Hampton, Va., which serves as the home of Hampton University, said many students go to neighboring cities for entertainment, or live in nearby towns, "so there's not the same economic impact." The historically Black university will be completely remote this year, and while Tuck says the economic toll may not be as severe, "there is that sense of loss of energy that the students bring and certainly with the activities on campus, the athletic events and the cultural events. It is much quieter."

In Iowa City, the University of Iowa is pushing ahead with in-person classes. Mayor Bruce Teague says the key to handling the pandemic in his city while the university continues to allow in-person classes "is going to be educating relentlessly and constantly, sending out messages so that they know, hey, let's try to figure out solutions together in hopes of keeping everybody safe in our community."

In Tuscaloosa, Maddox said that this transition back to school will be "difficult," and he anticipates that it will be an ongoing battle.

"I think in the end it's going to be very difficult, especially on college campuses, because as students return and then as we see the emergence of the flu season, I think you're going to continue to see this spread," Maddox said. "Let's all remember, the experts were telling us in April and May, summer is when you get your break. Well that hasn't happened for Tuscaloosa and it doesn't sound like it's happened for Hampton or Iowa City as well."

This story was produced for radio by Hiba Ahmad and Samantha Balaban and edited by Ed McNulty.