Accessibility links
A Father's Fight Paved Way For Independent Investigation Into Kenosha Shooting After his own son was killed by Kenosha police, Michael Bell campaigned to require independent investigations for police shootings. "Jacob Blake's family has that benefit that we never had," he said. 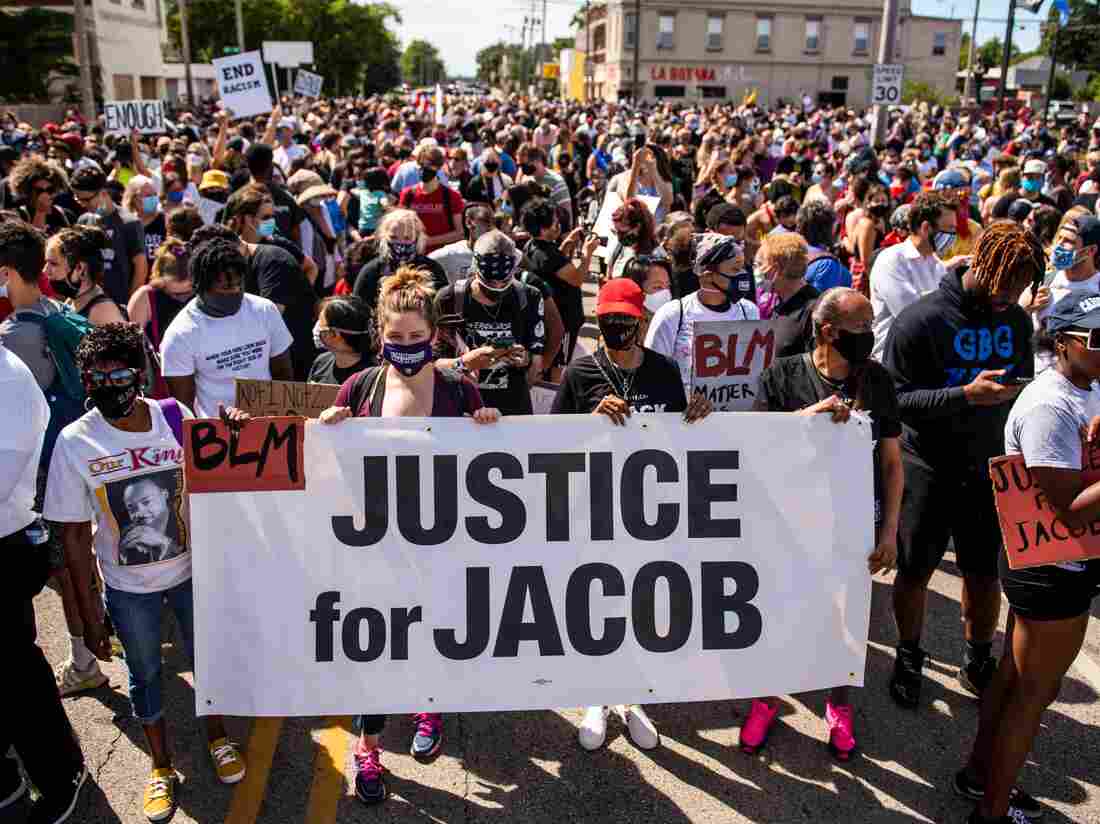 Protesters march with the family of Jacob Blake during a rally against racism and police brutality in Kenosha, Wisconsin, on August 29, 2020. STEPHEN MATUREN/AFP via Getty Images hide caption 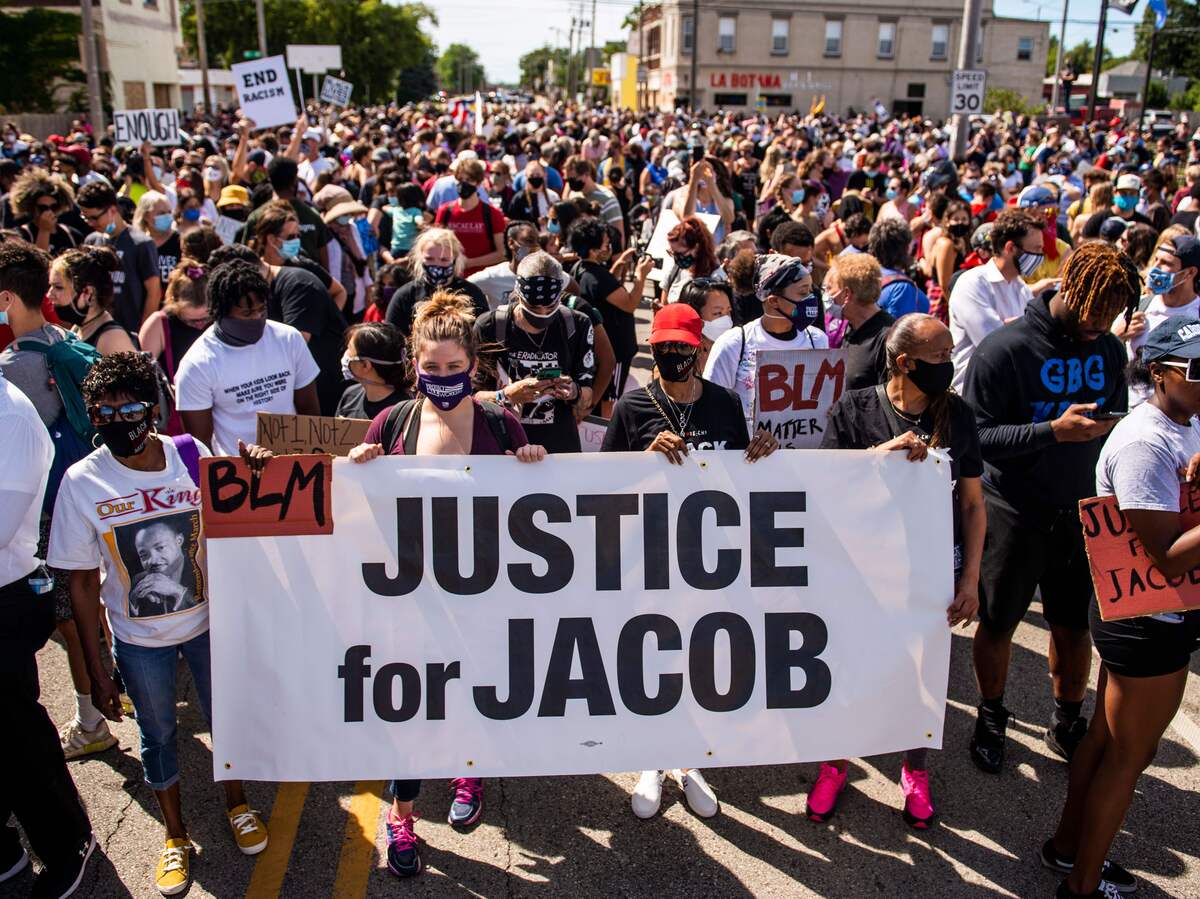 Protesters march with the family of Jacob Blake during a rally against racism and police brutality in Kenosha, Wisconsin, on August 29, 2020.

The Wisconsin Department of Justice is overseeing the investigation into the police shooting of Jacob Blake, a Black man who was left paralyzed after he was shot seven times in front of his three kids by a police officer in Kenosha, Wis.

Until recently, it was common practice that any time an officer fired a gun, the police department conducted the investigation. In 2014, Wisconsin became the first state to end that process – one that has led to accusations of conflicts of interest and police cover-ups.

Michael Bell, whose own son was killed by Kenosha police, helped lead a decade-long fight for that change.

In 2004, Michael Bell Jr., a white 21-year-old, pulled up to his home in Kenosha after a night of drinking. As NPR previously reported, a police report showed that a Kenosha officer followed Bell Jr. after observing his driving and pulled up behind his car at the home shortly before Bell Jr. exited his vehicle. Police tried to arrest him. Bell Jr. ignored them, which lead to a tussle. His mom and sister then saw an officer shoot Bell in the head.

After an investigation that lasted just two calendar days, according to Bell , the Kenosha Police Department ruled the shooting justified. The swiftness of the investigation stunned Bell, a retired lieutenant colonel with the Air Force who has experience with accident investigations.

"I knew in my own military training and military career that typically accident and safety investigations take far longer to conduct than that," Bell said in an interview with NPR's Weekend Edition Sunday.

In response, Bell filed a civil lawsuit against the department for wrongful death. In 2010, they reached a settlement with the Bell family, but Bell said he refused to sign a confidentiality agreement. He didn't want to be silenced; he wanted reform.

Using some of the settlement money, Bell used Milwaukee's available billboards as part of a campaign to blast messages like, "When Police Kill, Should They Judge Themselves?"

"After we created enough ruckus, the unions ended up sitting down with us and talking with us," Bell told NPR in 2014.

The law that came out of that campaign made Wisconsin, beginning in 2014, the first state in the nation to mandate, on the legislative level, that if an officer was involved in a loss of life, outside investigators must be the ones to investigate that shooting.

Wisconsin Attorney General Josh Kaul is overseeing the investigation into the shooting of Jacob Blake. His office has come under fire for releasing limited details about the shooting.

"I absolutely understand why people are skeptical," Kaul told NPR. "We have a history of systemic racism, and our criminal justice system is part of that. What I can tell you is that I am personally committed to making sure that this investigation is conducted vigorously and that we're pursuing justice and following the facts where they lead."

Bell, who recalled trying to get Kaul's attention in the aftermath of his son's death, isn't reassured by the state attorney general's promises.

"I brought extremely credible evidence to Josh Kaul and he wouldn't give us the time of day. So if he's doing an about-face on this, I am bothered by that," said Bell.

Still, Bell hopes that his work to get Wisconsin the protection of outside investigations into police shootings will pay off in the form of a just outcome for Blake's family.

"I want everybody to know that there are a lot of parallels between Jacob Blake and my own son," Bell said. "But we did not have the benefit of having an outside investigation conducted. And after fighting so hard for that law, Jacob Blake's family has that benefit that we never had."

NPR's Sophia Boyd and Martha Ann Overland produced and edited the audio version of this story.