Accessibility links
Kentucky's Rupp Arena: A College Basketball Mecca With A Complicated Racial Past Rupp Arena is named after the University of Kentucky's famed basketball coach Adoph Rupp. There are calls to remove his name because during his famed 42-year career, he only had one Black player.

Listen · 5:36 5:36
Kentucky's Rupp Arena: A College Basketball Mecca With A Complicated Racial Past 5:36 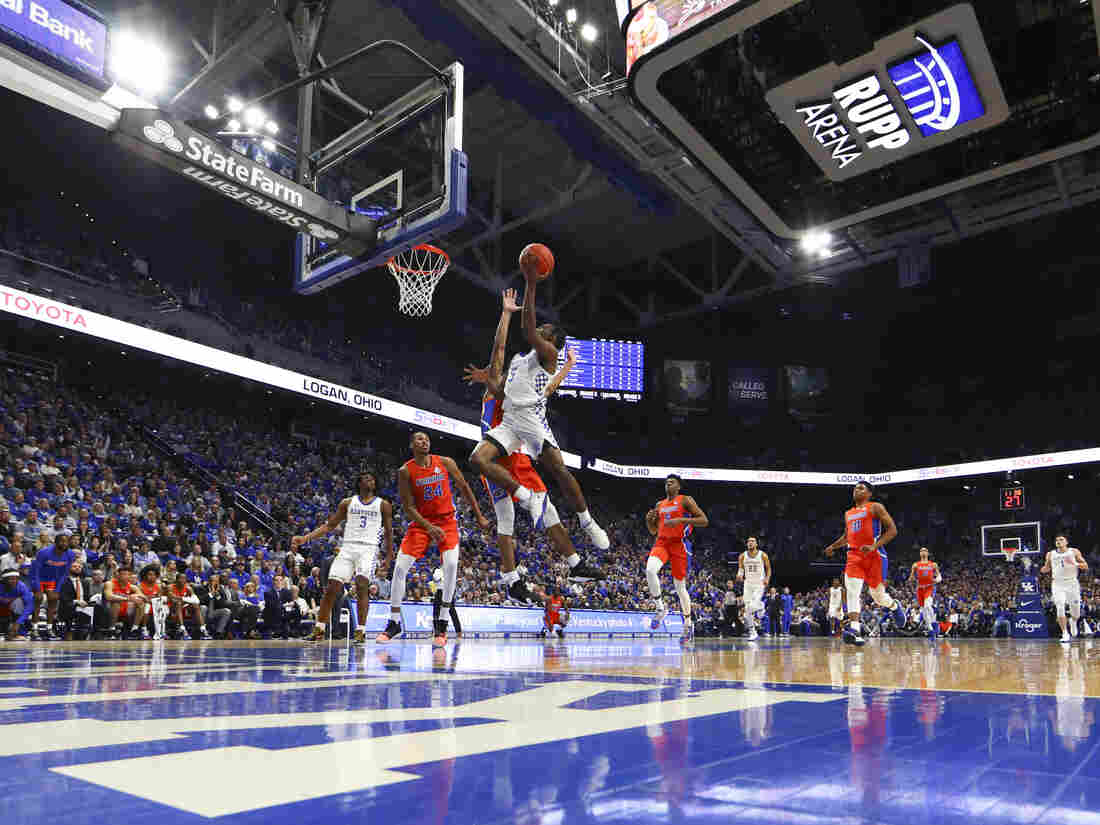 The Kentucky Wildcats have dominated the competition playing at Rupp Arena, named after U.K.'s most famous coach: Adolph Rupp. Now the campus is debating whether that name should be changed. Silas Walker/Getty Images hide caption 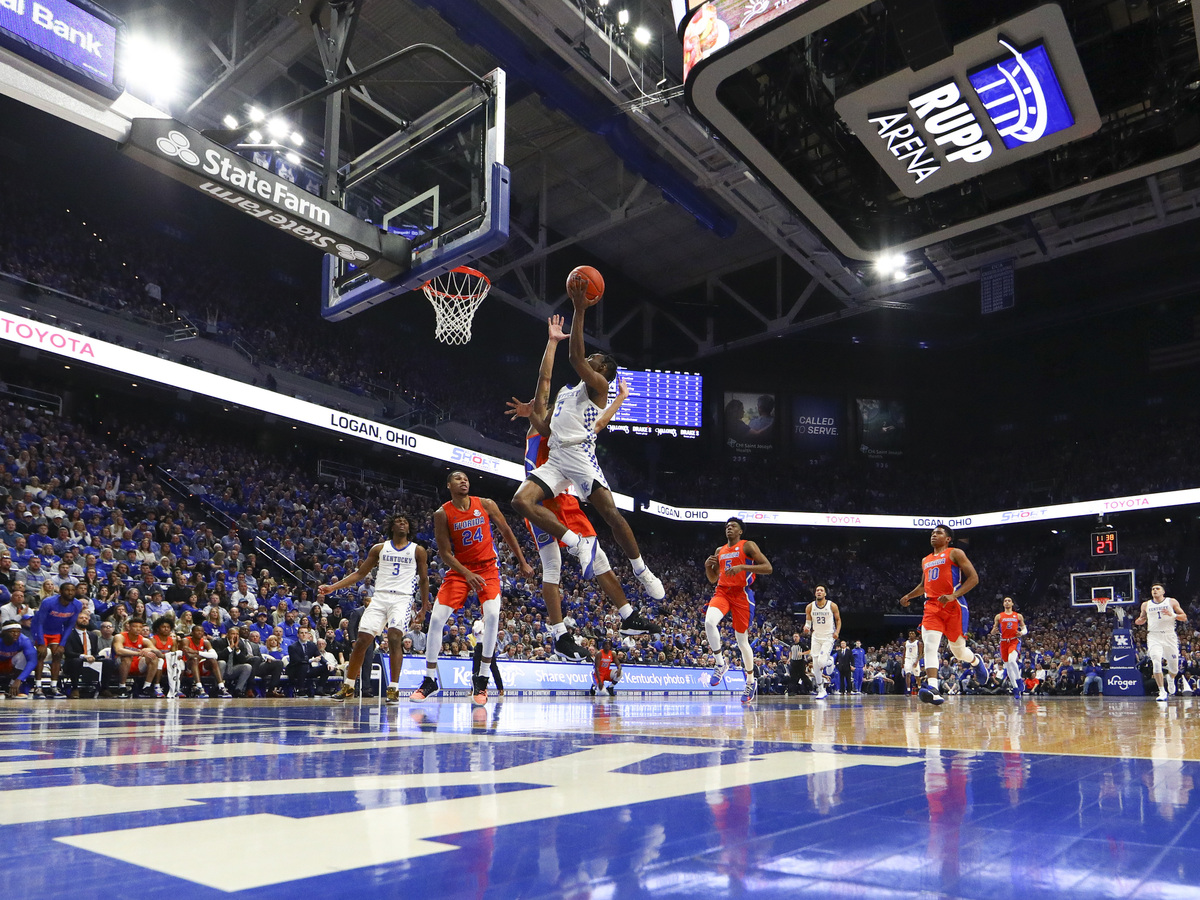 The Kentucky Wildcats have dominated the competition playing at Rupp Arena, named after U.K.'s most famous coach: Adolph Rupp. Now the campus is debating whether that name should be changed.

Rupp Arena is named for Adoph Rupp, the famous University of Kentucky basketball coach whose sustained success in the mid-20th century turned the program into the powerhouse it remains today. The arena has borne Rupp's name since it opened in 1976, just a few years after his retirement.

But now at U.K., a list of demands from the school's African-American and Africana Studies faculty has brought new life to an old debate about the name of the school's basketball arena.

Its name celebrates Rupp's success on the basketball court, success that can be counted in any number of ways: four national titles, five Coach of the Year awards or, simply, 876 wins — the most ever by any coach when he stepped down, and still the second-most all these years later.

For some, there's a more important number: One.

Over his entire career at Kentucky, Adolph Rupp signed just a single Black player, beginning with his first season in 1930 through his retirement in 1972. Even in the segregated South, Rupp's record stands out from his peers in high-power college basketball.

"The Adolph Rupp name has come to stand for racism and exclusion in UK athletics and alienates Black students, fans, and attendees," write the faculty of the African-American and Africana Studies department in a letter sent to the university's president.

The letter, sent in June and published in late July, outlines the challenges faced by Black students, staff, and faculty at the University of Kentucky.

The demands include requiring that undergrads take a course on race and inequality, appointing more Black faculty to leadership positions, and minimizing the school's relationship with municipal law enforcement.

The demand to change the name of Rupp Arena is last on the list.

Derrick White, a history professor in the department who helped write the letter, says the name change is important because the arena is "the most recognizable building on our campus to not only the people here, but across the country and even across the globe if they're basketball fans."

The demand has gotten more attention than the others on the faculty's list because Kentucky basketball is so big, and because it has no bigger name than Adolph Rupp.

"Rupp was the man who built Kentucky basketball into sort of an iconic program," says Dick Gabriel, a longtime Kentucky sports broadcaster. "But he was and still is criticized for not recruiting African-Americans into his program until the last couple of years of his career."

Like many sports, college basketball began to integrate in earnest in the years after World War II. Kentucky's peer programs outside the South integrated years, even decades earlier: Indiana signed its first Black player in 1947. Kansas followed suit in 1951. Before Jackie Robinson broke the color barrier in baseball, he played basketball at UCLA. By the 1960s, schools across much of the country were recruiting and winning titles with Black players.

Even in the South, where segregation held on much longer, peer schools like Louisville and North Carolina signed their first Black players in the early '60s.

Rupp developed a reputation as someone who did not want Black players on his team.

Rupp fielded exclusively white teams from his first season in 1930 until his second-to-last season in 1970, when he finally started his first Black player, a 7-foot center named Tom Payne. In his final season, he coached an additional two Black players who temporarily walked on from the football team and combined for a total of just 48 minutes over the entire season.

"Rupp developed a reputation as someone who did not want Black players on his team," Gabriel says.

The suggestion that the school drop the Rupp name is not new, and the AAAS faculty's demand has resurfaced old arguments in defense of Rupp.

Some Kentucky fans and people who knew Rupp point out that he did try to recruit several Black players over the course of the 1960s, some of whom neared a commitment to play for Kentucky, but ultimately changed their minds. He reportedly asked ushers to remove fans who yelled racial slurs. And his white Kentucky teams did play against integrated teams when some other Southern schools refused.

In an interview recorded in 1971 and housed at the University of Kentucky library and publicized in July month by the Louisville Courier-Journal, Rupp described the university administration's pressure on him to integrate the team in the 60s and blamed his failure on a variety of external factors.

You can't just go out and find someone

"At the same time, you're finding these colored boys saying that they do not want to be the first to break the color line in the South," he added.

Gabriel, who neither supports nor opposes the name change, says growing up in Kentucky in the 1960s and '70s exposed him early and often to a reputation of Rupp as an avowed racist and hardline segregationist.

But when he set out to produce a documentary about Rupp in 2005, Gabriel says his mind changed about the coach during the process of reviewing records and conducting dozens of interviews with people who knew him. 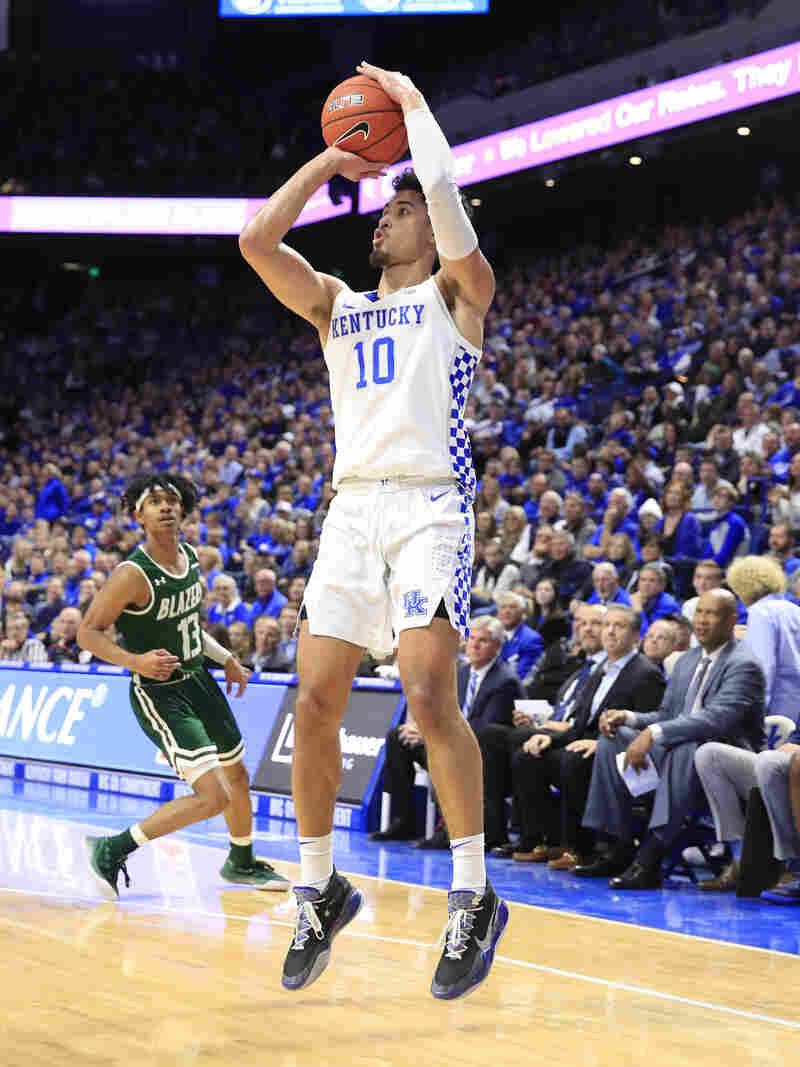 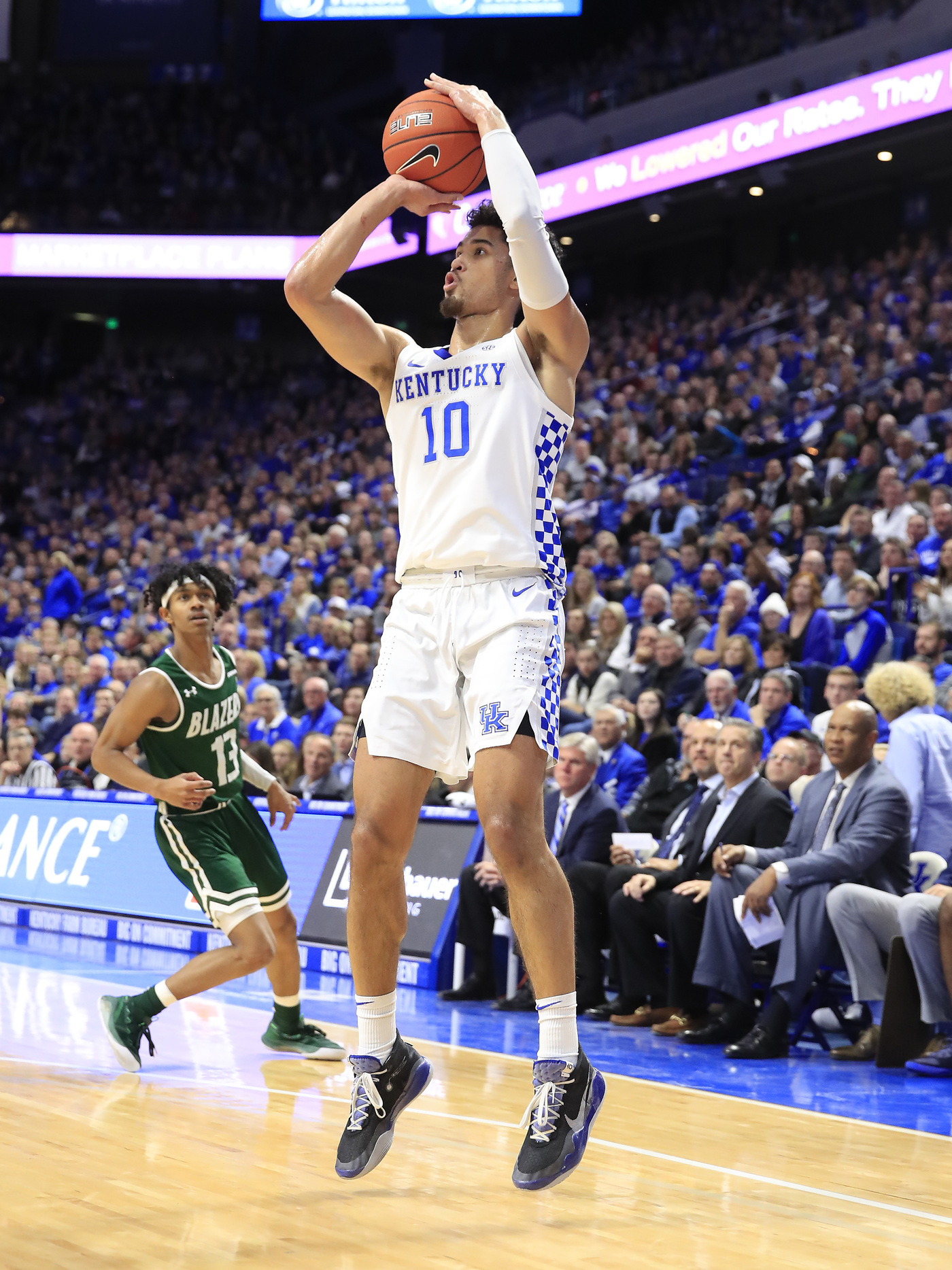 Thousands of people pack Rupp Arena for each University of Kentucky home basketball game. Many fans probably don't know the complicated racial past of the arena's namesake: Adolph Rupp.

"I had to do a complete 180 on my opinion that Rupp was indeed a segregationist. I came to realize he was not," Gabriel said. The documentary is called "Adolph Rupp: Myth, Legend, and Fact."

But he acknowledges other failings, including that Rupp was known to have used racial slurs.

"That's what makes it so confusing," Gabriel says. "He was active in trying to sign Black players, and yet on the other hand it's been documented that he used inappropriate language."

It's partly this complicated picture of Rupp that has dampened debate in Lexington, a progressive college town that removed two Confederate statues in 2017 just blocks from Rupp Arena. The timing has quieted things, too, with school on summer break when the letter was written, and the coronavirus pandemic keeping students away from campus.

Still, students have shown an openness to the change. An op-ed published in the student newspaper in July supported the name change. Sophomore Chandler Wilcox, who is white, says most of his classmates seem to be open to what he calls "listening and learning."

"Let's do the research. Let's figure out, looking back, is there enough evidence to prove that Adolph Rupp intended on not allowing African-Americans in the program? Was he, in fact, racist?" Wilcox says.

In Rupp's failures to sign a Black player sooner, history professor Derrick White sees a man who set an unfairly high bar for finding a Black player, and whose interactions with Black players and their families clearly left them looking to attend school elsewhere — the result, White says, of what he calls a "racially hostile personality."

"It's not so much about the cartoonish, simplistic, racist narrative of Rupp as a Klansman, but rather, Rupp sitting as a sophisticated manager on top of this system of segregation," he says.

At the end of the day, White says, in sports, coaches are judged for their results.

Since the demands from the African-American and Africana Studies faculty were publicized about a month ago, the conversation on campus has died down, overtaken by worries about reopening amid the coronavirus pandemic and whether the fall football season will go on.

The University of Kentucky has already responded in some ways to the letter. The school announced earlier this month that it would commit $10 million over the next five years to study issues of race and inequality and says it is meeting with the faculty to group about other concerns about equity and inclusion.

On the Rupp name, no word yet.