Accessibility links
Black Americans Worry Postal Changes Could Disrupt History Of Secure Jobs Starting with a special law after the Civil War, the U.S. Postal Service has provided a path to the middle class for generations of African Americans. Some worry a privatization push threatens that. 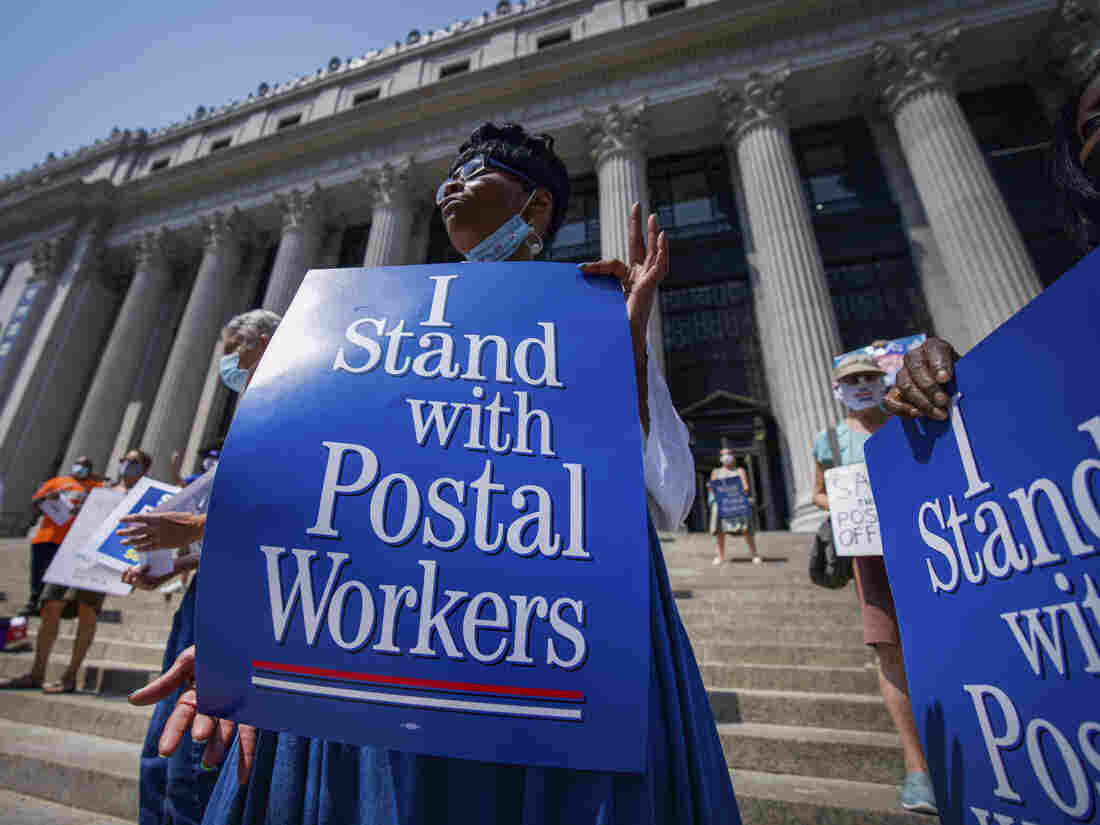 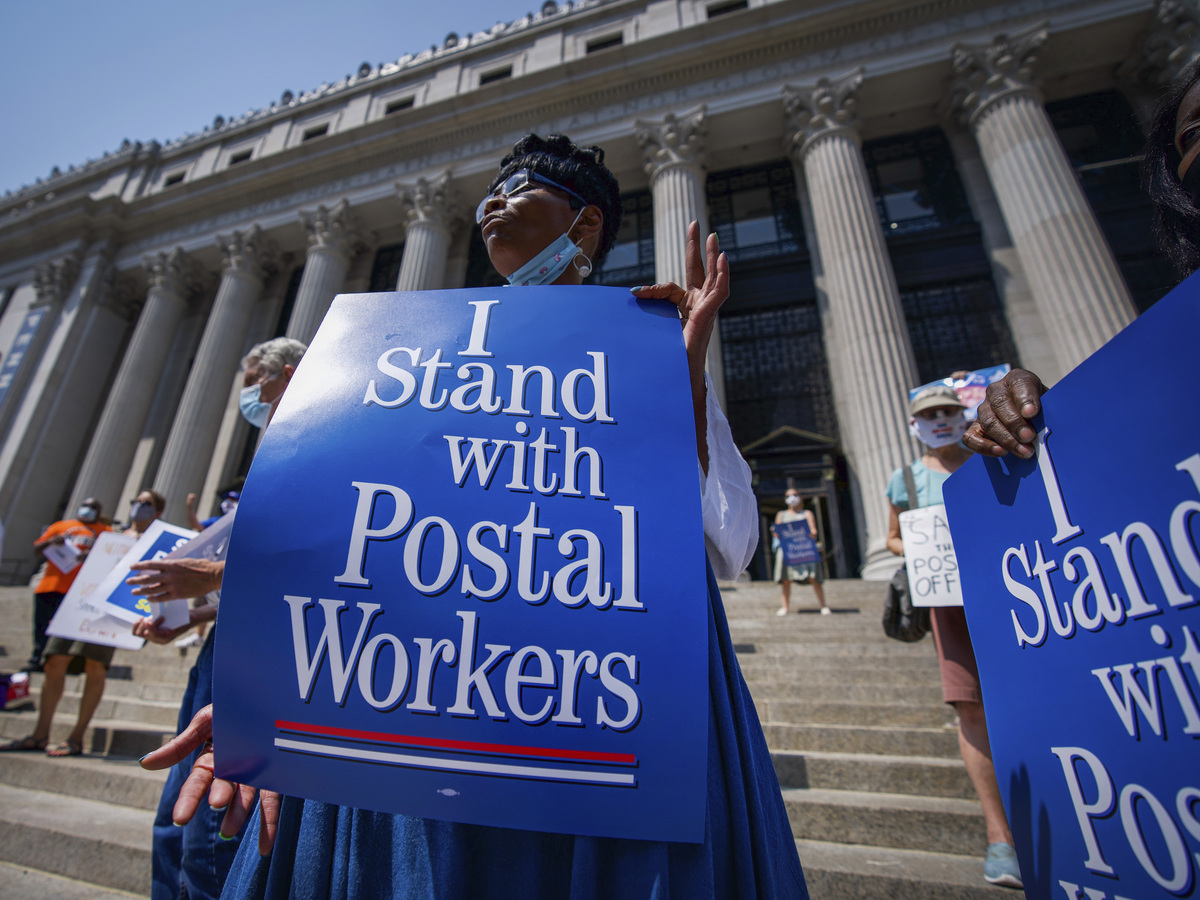 Retired postal worker Glenda Morris protests postal cutbacks on Aug. 25 in New York. African Americans make up 27% of the Postal Service, about twice their share of the overall workforce.

Postmaster General Louis DeJoy's cost-cutting measures have raised concerns about mail-in voting. But critics worry they may also set the stage for privatizing the U.S. Postal Service, something the Trump administration called for in a 2018 plan to reorganize the federal government.

Unions say that could disrupt an important role the Postal Service has played in providing generations of African Americans secure middle class employment.

Retired Philadelphia mail handler Garry Simmons says his 32-year career with the agency provided a good life for his family.

"I was able to raise them, help pay for my son's college education, provide a good middle-class lifestyle for us," says Simmons, who retired before turning 60 in 2017.

The postal service has long given African American workers a place to avoid some of the discrimination that exists in the broader employment world. That started just after the Civil War when Congress passed a law that ended the whites-only hiring practice for postal jobs.

Rubio says the pay wasn't always good, but the job came with some prestige and it offered security, benefits, and civil service protections that improved over the decades.

Today, African Americans make up 27% of the Postal Service, about twice their share of the overall workforce.

Among those who say they benefited from postal careers is actor Danny Glover. In a 2015 video Glover says his parents, a sister and a brother all worked for the Postal Service, and he worked there as a teenager during Christmas breaks.

"Working for the Postal Service enabled my parents to buy their first home," he says in the video.

Glover's been a frequent advocate for postal worker unions in recent years. In 2018 he wrote an opinion piece opposing efforts to privatize the agency, saying that would would hit African Americans especially hard.

No longer a "natural monopoly"

Among advocates for privatization is Chris Edwards, an economist with the libertarian think tank CATO Institute.

"The postal industry is no longer any kind of natural monopoly. And when you don't have natural monopoly I think we ought to let entrepreneurs come into this industry and show us how they can improve it," says Edwards.

Supporters say Postmaster General DeJoy is just that kind of savvy businessman, with a background in logistics and shipping that will help him fix what's broken at USPS.

Privatization likely would bring downward pressure on Postal Service wages and benefits. But Edwards says there's another issue of fairness at issue here, because "people paying for postal services are paying all those benefits, so it seems to me that the government should be reflective, somewhat, of the private sector."

Postal worker unions have been among the loudest opposition voices to privatization.

Beard says she started at the Postal Service more than 50 years ago to pay her way through college. She says these jobs benefit more than Black postal workers and their families.

Unions are among those pushing for financial help for the Postal Service now.

Citing the effects of the coronavirus pandemic, the U.S. House passed a $25 billion aid package earlier this month. But the Senate is not expected to take up the proposal and the White House has threatened a veto.

Meantime, Postmaster General DeJoy has suspended budget-cutting measures put in place this summer until after November's election. But he says the steps are still needed to bolster the agency's finances.