Accessibility links
Amid Struggle To Protect 2020 Election, A 2nd Conflict Rages — Over Transparency Two clandestine wars are being fought over U.S. election security: To protect voting and the election but also how much Americans learn about what's being done. Sometimes both break into the open.

Amid Struggle To Protect 2020 Election, A 2nd Conflict Rages — Over Transparency

Amid Struggle To Protect 2020 Election, A 2nd Conflict Rages — Over Transparency 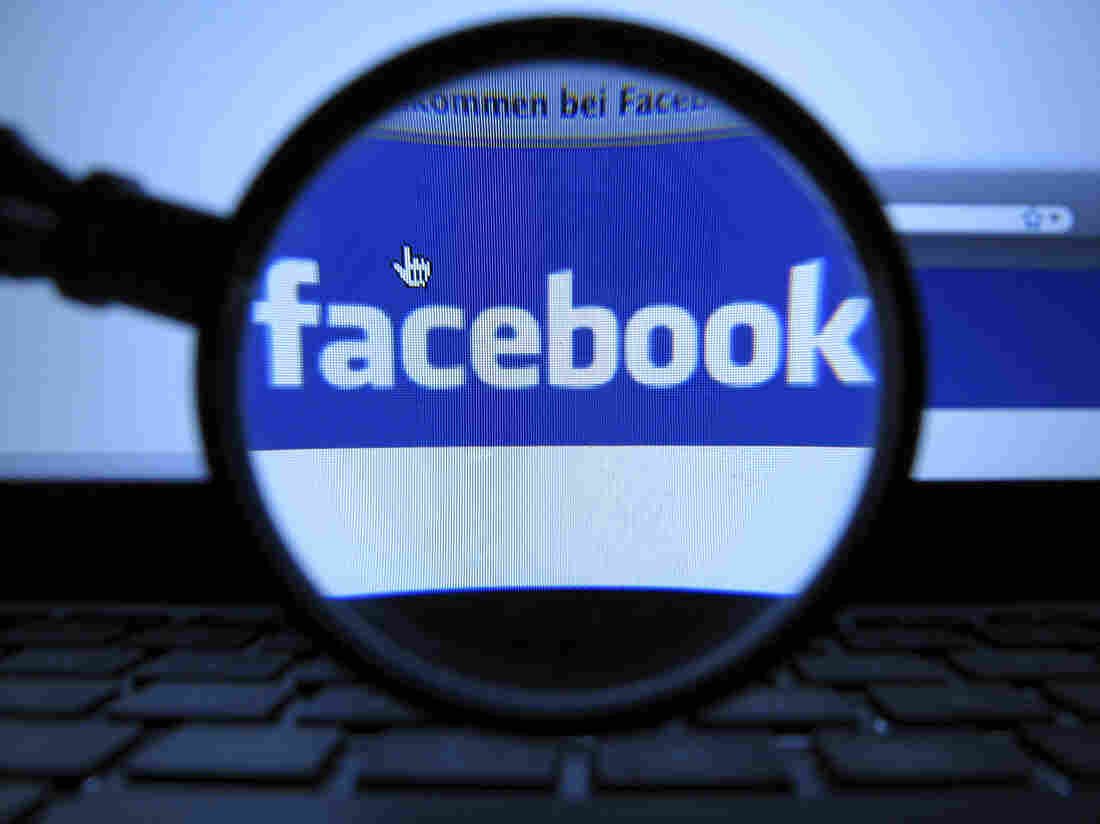 Earlier this week, Facebook announced it had ejected an influence operation linked with a Russian disruption and trolling mill that sought to sow agitation in the U.S. election. Joerg Koch/AP hide caption 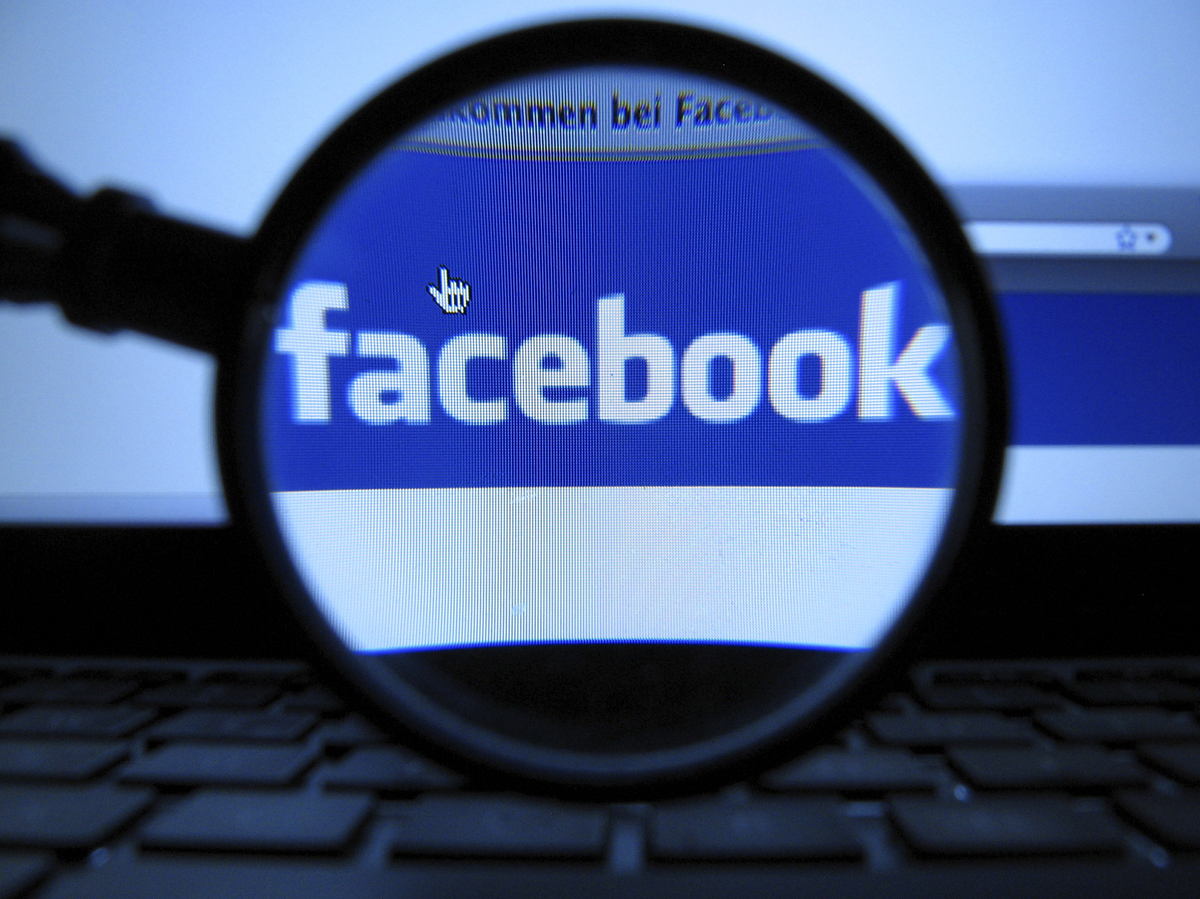 Earlier this week, Facebook announced it had ejected an influence operation linked with a Russian disruption and trolling mill that sought to sow agitation in the U.S. election.

Two secret wars are underway simultaneously over attack and defense of the 2020 presidential election. This week, each one broke into the open again.

The first war is an intelligence and national security operation aimed at protecting American election infrastructure, political campaigns and the U.S. information environment from foreign interference. The second one is a political struggle over how much Americans learn about the first.

Events this week further underscored how far the U.S. has traveled since the infamous 2016 election, which played out without much appreciation in real time about how events were roiling behind the scenes. That understanding only developed in retrospect through official investigations.

This year, Americans are aware as never before about foreign schemes, official countermeasures and the second-order efforts by U.S. politicians to shape the public's impressions about it all.

On Tuesday, Facebook announced it had disrupted an influence operation linked with Russia's "Internet Research Agency," a professional disruption and trolling mill, that sought to sow agitation in the U.S. election.

The Russian specialists were using Facebook accounts to entice U.S. journalists to contribute to a left-wing website, the company said, in a project the social media giant called "largely unsuccessful" in its official report.

Facebook's ejection of the Russian users followed a tip from the FBI. That dynamic was the product of years of sometimes awkward relationship-building between Silicon Valley and officialdom following the 2016 experience, in which both sides have since said they were too slow to recognize the magnitude of the influence operations playing out across Americans' social networks.

Facebook, Twitter and other platforms have spent the intervening years not only deepening their relationships with law enforcement and intelligence officials, but also routinely scrubbing their own operations in order to prevent foreign interference specialists from building up a critical mass of agitation at any one time.

The companies have kicked off scores of fake accounts and also quashed or "down-ranked" other content associated with agitation, they've told Congress, which in some cases has prompted foreign governments to change their tactics and even move their messaging that targets the United States into overt accounts.

This week's case from Facebook was another example: With pressure evidently too great to sustain a 2016-level of disinformation and agitation on Facebook itself, the IRA evidently only sought to use it to solicit real Americans to post real content on another website. Pushing the activity away from the platform with the biggest audience reduces the reach of the influence operation.

Russian influence specialists also used independently created websites in 2016 including "DCLeaks," which was one avenue through which the military intelligence agency GRU posted emails stolen via cyberattacks from American political targets.

Internet users the world over, however, this year are on guard about Russian cyberattacks, as a separate flap showed.

Users in Russia reported finding what they called a trove of data about Michigan voters — but state and federal officials in the U.S. were ready quickly to knock down the idea that anything nefarious had taken place.

"Our system has has not been hacked," Michigan's secretary of state's office said within a few hours.

Chris Krebs, director of the Cybersecurity and Infrastructure Security Agency within the Department of Homeland Security, likewise was ready to assure voters there had been no big cyberattack against Michigan — or, he said, elsewhere else that U.S. officials have detected.

With several weeks to run in the election Americans need to try to keep cool about reports about interference, Krebs urged.

🚨 New statement out on the reports of voter registration info on the dark web. My main takeaway: it’s going to be critical over the next few months to maintain our cool and not spin up over every claim. The last measure of resilience is the American Voter. https://t.co/sVPVDpi1kf

The question always lingers, however, about what officials aren't monitoring, and even what Americans learn about the war to safeguard the election is the subject of its own political dispute in Washington.

On Tuesday, House Speaker Nancy Pelosi, D-Calif., and a few of her deputies demanded that Director of National Intelligence John Ratcliffe order the resumption of in-person presentations for members of Congress about what the intelligence community is learning and assessing about election security.

Ratcliffe earlier said he would no longer provide intelligence officers to talk with members of Congress in person. Instead, they would get written materials. Pelosi and Democrats called that outrageous.

"This intelligence belongs to the American people, and they have a right to know more about ongoing foreign efforts to influence their votes and interfere in our democratic process," Pelosi wrote. She threatened that if Ratcliffe continues to resist, "we will have no choice but to consider the full range of tools available to compel compliance."

There's A Big Focus On Suburbs, But Democrats See Potential Gains Farther Out

This dispute also is the product of grim experience since 2016, years in which Democrats and Republicans have fought bitterly about the Russia investigation, the insights of the intelligence community and significance of each to the political life in the capital.

Ratcliffe invoked that subtext in his letter to members of Congress announcing the end of in-person presentations, which said was to be sure the product of the spy agencies is "not misunderstood nor politicized."

Accusations and counter-accusations surrounding foreign election interference are now part of the stock script within the capital, and the latest dispute before Ratcliffe's cutoff was about the proper interpretation of intelligence about which nations are most dangerous.

Ratcliffe's office has said that Russia, China and Iran all are engaged in interference activity this year, following an official line from President Trump that "many" nations have targeted the United States.

Democrats insist that creates a false equivalence that demotes the importance of Russia, which Pelosi said in her letter on Tuesday is the most dangerous antagonist of all because of the multiplicity of its activities.

A report by ABC News on Wednesday raised questions about whether administration officials might have looked the other way and withheld a notice to law enforcement when they'd learned about Russian efforts to attack Biden's health or mental condition.

Critics including a former CIA station chief, John Sipher, say Trump's appointment of reliable allies to top administration jobs has effectively let the administration run intelligence like a political operation, disclosing that which it believes may help its case and withholding that which hit doesn't.

Ratcliffe vowed specifically that he would not be that kind of director of national intelligence and Trump's campaign has said it believes it needs no help from any foreign government to defeat Biden on its own.

All along, meanwhile, the intelligence agencies have kept up an unprecedented flow of information to reporters, including in a briefing late last month.

Before the flap that was to follow between Pelosi and Ratcliffe, the intelligence officials gave reporters some relatively good news: They've seen fewer concerted cyberattacks like those seen in 2016 and, notwithstanding claims to the contrary by Trump and some supporters, there is no evidence to support allegations about a big foreign plot to target voting by mail.