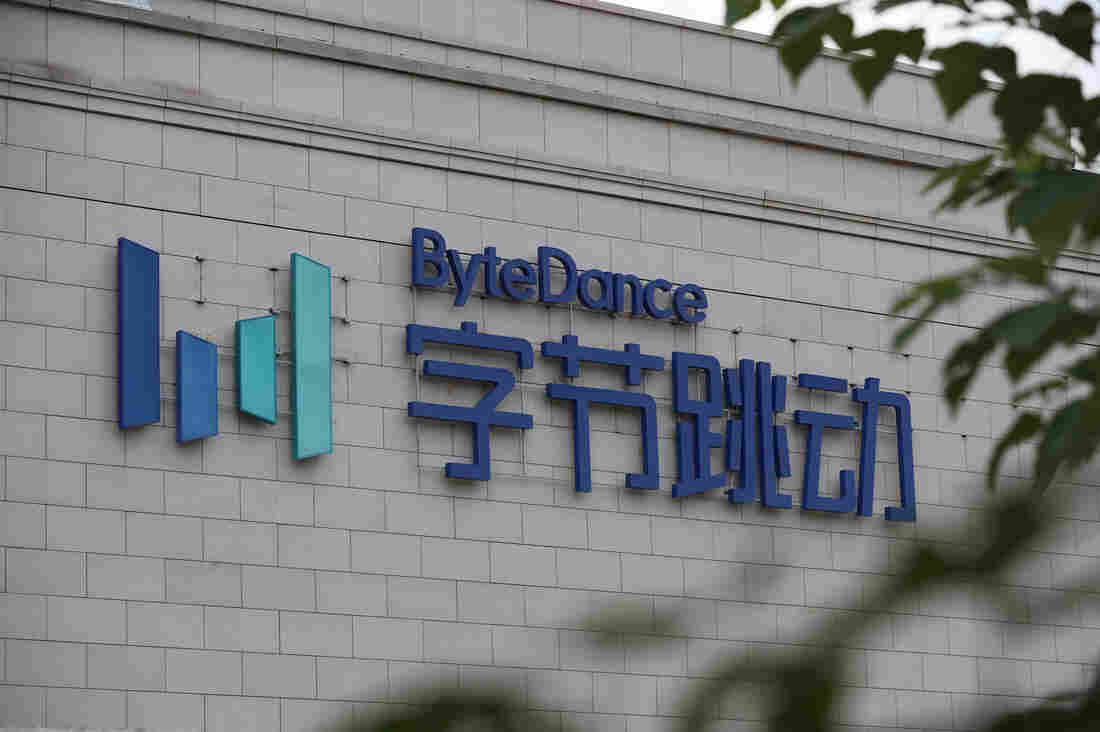 The view outside the Chinese technology company ByteDance in Beijing in August 2020. Trump's executive order outlaws transactions between U.S. citizens and ByteDance. American instructors who work for ByteDance subsidiary GOGOKID said they feel like their jobs are under threat. Emmanuel Wong/Getty Images hide caption 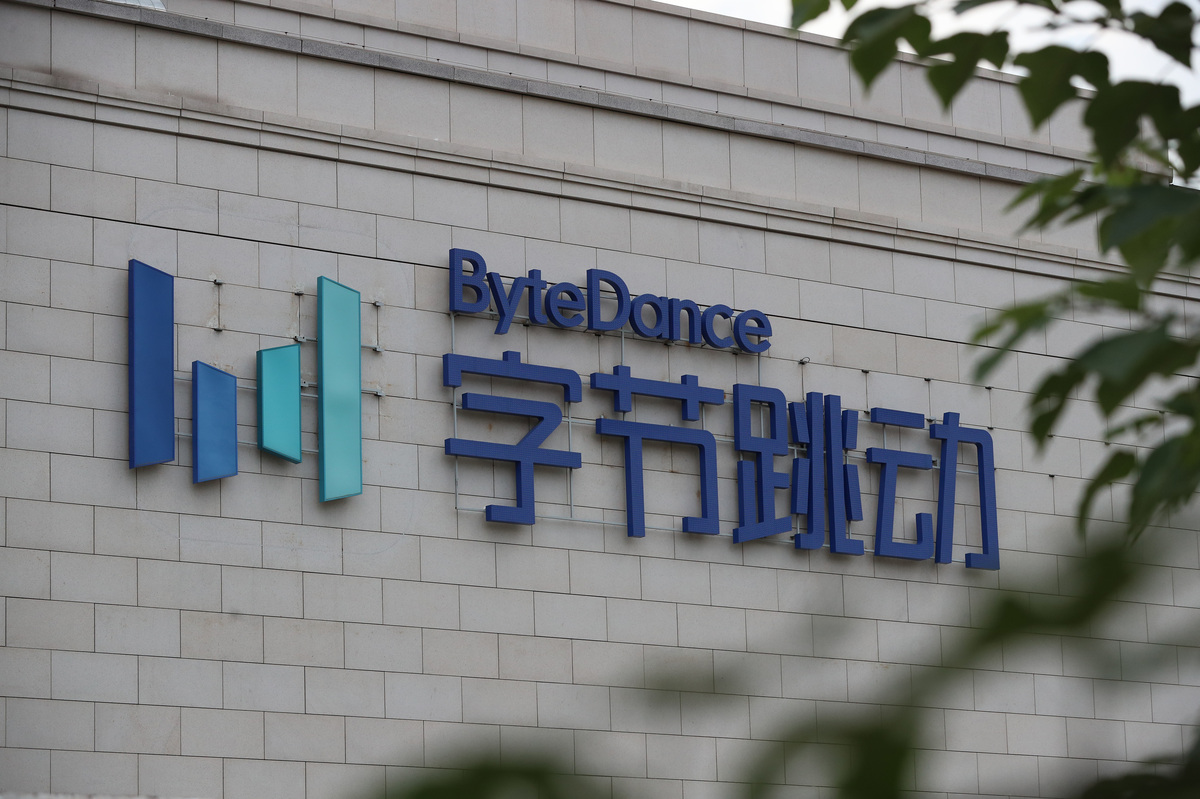 The view outside the Chinese technology company ByteDance in Beijing in August 2020. Trump's executive order outlaws transactions between U.S. citizens and ByteDance. American instructors who work for ByteDance subsidiary GOGOKID said they feel like their jobs are under threat.

Kristie Hunter is a former public school teacher who for the past two years has made most of her money teaching children in China how to speak English online.

"I've been a stay-at-home mom with our three children, and as they were getting older, I missed the professional side of my life," said Hunter, 42, who lives in the Columbia, South Carolina area. "So this has helped me reconnect with my career and have flexibility."

"I used to think, 'We work for ByteDance, this huge company. They own TikTok. That's pretty cool, right?'" Hunter said.

But now, the cool factor has morphed into something else: the threat of her job disappearing.

President Trump's Aug. 6 executive order, which was aimed at TikTok, outlawed American business with not just the video-sharing app, but with all of ByteDance's subsidiaries.

That has thrown the future of Hunter and nearly 4,000 other American teachers contracted to work with GOGOKID into real peril.

Under Trump's order targeting TikTok, "any transaction" between U.S. citizens and ByteDance would be banned. Violating the directive could result in a $300,000 fine, or even criminal prosecution. The order, which is being legally challenged by TikTok, is set to take effect on Sept. 20.

"I could be put in jail for teaching a five-year-old how to say hello from across the computer," Hunter said. "We've got families that could potentially lose their homes and lose their savings because of this broad stroke of the pen because of this 'national security risk.'"

Brian Fleming, a former Justice Department lawyer who focused on enforcing economic sanctions, said Trump's order does not specify what subsidiaries or transactions with ByteDance will soon be outlawed. As a result, he said it is possible that GOGOKID instructors will be impacted.

"The language of the order is extremely broad," Fleming said. "It is theoretically possible that it could reach interests that are completely divorced from TikTok," he said. "From the way it's written, nothing is off the table, especially with this administration."

At the same time, Fleming said since the action was in response to TikTok, the administration could grant a carve-out for ByteDance services such as GOGOKID, but a guarantee is far from certain. He said it would be surprising if Trump officials sought to enforce the order before it is more clearly defined by the Department of Commerce.

"For teachers, I wouldn't say it's a risk-free situation," Fleming said. "But it's probably low risk."

The Department of Commerce did not return a request for comment.

The Trump administration's push to ban TikTok in the U.S. is the latest confrontation with China in a long-running standoff with the country over issues including trade policy, intellectual property and technology. It has prompted Trump to sign a separate order forcing ByteDance to sell its U.S. assets to an American buyer in 90 days or be banned.

White House officials fear the troves of data TikTok is collecting on Americans could be shared with China's authoritarian regime and used for espionage or blackmail.

TikTok has forcefully denied this suggestion, saying the company stores data the mobile app collects on Americans on servers in the U.S. and Singapore. TikTok says its U.S. operations are closed off from Beijing-based ByteDance.

In the midst of the U.S. standoff with TikTok, GOGOKID teachers who have come to rely on income from the teaching service are feeling jittery.

"We're collateral damage. It's frustrating to see this continued battle going on around us, and nobody knows that we exist," said GOGOKID teacher Lindsey Jacobs, 40, who lives east of Oklahoma City.

Jacobs is a Navy veteran and stay-at-home mom raising two children with her husband, who has a job with the federal government.

She said her family has used the money she earns from teaching English about 30 hours a week to support her 16-year-old son's competitive swimming club and occupational therapy for her younger son, who has special needs.

"If I don't have that income, how does my son swim? How does my youngest son have therapy?" Jacobs said.

A spokeswoman for GOGOKID would not say how the company believes Trump's executive order will affect teachers in the U.S.

"We are committed to the thousands of teachers that offer global learning opportunities through our platform every day," the spokeswoman said. "We recognize the economic value this program brings teachers and the educational impact for students, and we're taking every possible step to support all involved."

For ByteDance, GOGOKID is just one piece of a large and growing investment the company has made in recent years in education technology in China and abroad, said John Lee, a Berlin-based analyst at the Mercator Institute for China Studies.

"It's not surprising to me, since ed tech is a growing sector in China," Lee said. "It makes sense that ByteDance, with its large war chest, would be seeking to expand into this area and pre-empt its rivals Tencent and Alibaba."

ByteDance, a company valued at $100 billion, makes most of its money from Douyin, the Chinese version of TikTok. But as the coronavirus forced lockdowns and led to widespread remote learning in China, ByteDance doubled down on investments in education.

Meanwhile, TikTok watchers are keeping an eye on another date: Sept. 15. That's when Microsoft, one of the leading contenders to buy the app, has said it is hoping to finish acquisition talks. It may place a bid by joining forces with WalMart.

The discussions over the future of TikTok's U.S. operations have been complicated by the Chinese government attempting to intervene. Last week, China announced new export regulations that restrict how technology involving Chinese-made artificial intelligence can be sold off.

"The Chinese state media has been hostile to the whole affair, characterizing it as bullying and daylight robbery," Lee said. "There's also been criticism of ByteDance for being too accommodating of foreign powers, specifically the U.S. government," he said. "Finding a way to slice off different markets is probably going to be the way forward for TikTok's global operations."