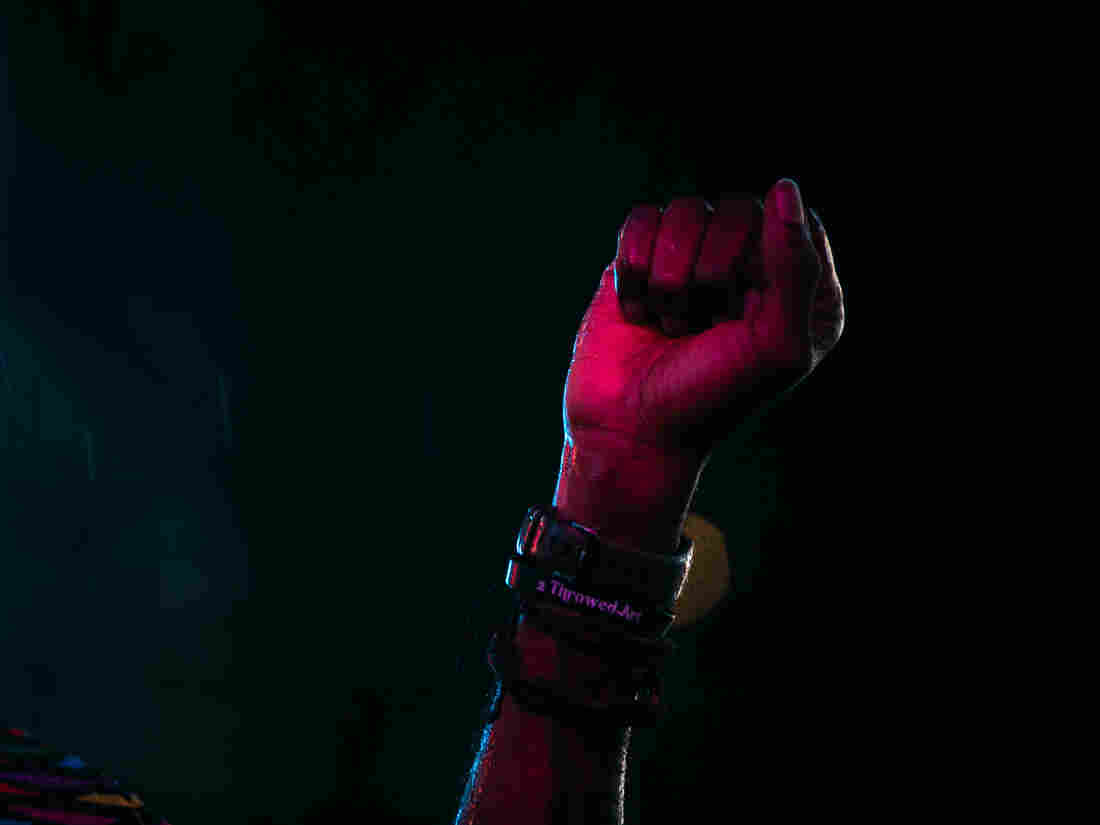 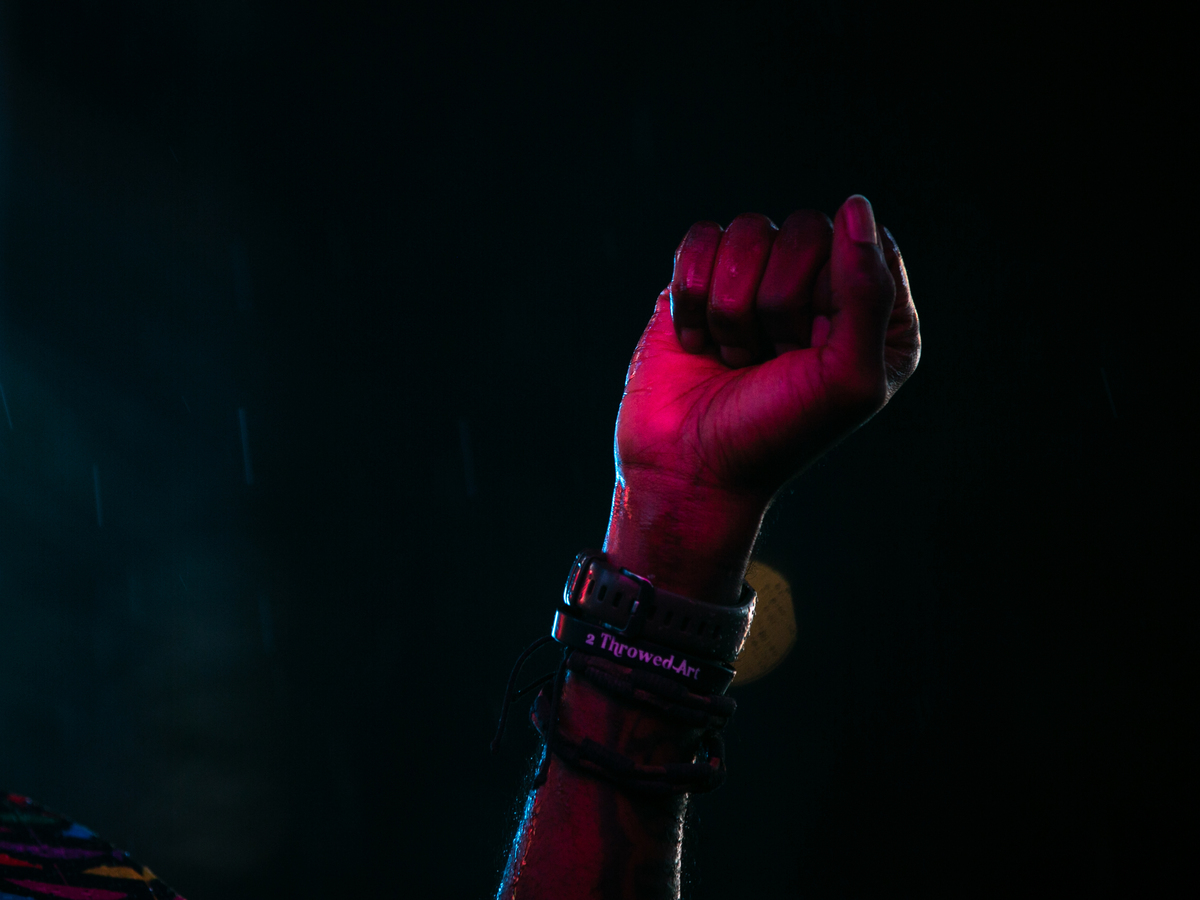 Demonstrators gather Thursday in New York City to demand justice for Daniel Prude, who died of asphyxiation after police restrained him. Participants gathered at Times Square and marched to Columbus Circle.

A second night of protests took place Thursday in Rochester, N.Y., in response to the death of Daniel Prude, a 41-year-old Black man who died of asphyxiation after being restrained by police during an arrest in March.

On Wednesday, body camera footage of the encounter was released, leading Rochester Mayor Lovely Warren to order all seven officers who were involved suspended without pay.

"Daniel was very charismatic," his brother, Joe Prude, told NPR's Morning Edition. "He was a good dude all the way around. He was down to earth, a good generous man at heart."

Joe Prude was concerned about his brother's safety on March 23 when he called the police for help. His brother had left the house in below-freezing temperatures, wearing only long johns and a tank top hours after being released from Rochester's Strong Memorial Hospital because he was having suicidal thoughts.

"For a person like that that you love so much to just disappear in thin air, it's like, 'Wow. How did I lose sight of him that quick, when I had my whole eye on him the whole time?' " Prude remembers from that night. "And in the process of me trying to figure out which way he went, I immediately got on the phone with 911."

When police officers found him, Daniel Prude was naked and in distress. Police said he was being destructive, allegedly smashing windows of storefronts and saying he had the coronavirus.

"The officer asked me, 'Is anything wrong with him?' I said no," Joe Prude said. "They said, 'Well, is he a threat to anybody?' I said, 'Yeah, to himself, but he ain't no threat to nobody else and don't you all kill my brother.'"

The officers ordered Daniel Prude to lie down in the road, which he did. Officers cuffed his hands behind his back, but he eventually grew agitated and began yelling and trying to stand up, body camera footage showed. They asked him to stop before placing a hood over his head, which is supposed to protect against infection. Then they held him down by his feet and head and knelt on his back. Prude stopped breathing, according police reports.

"Everything that they did, they didn't have to do," Joe Prude said. "That excessive force they used on him, the pushup stands on his neck, the knee on his back, holding his legs, that wasn't called for. They didn't have no dignity in what they was doing to my brother. They treated my brother like he was an animal in the street. A stray."

One week after his arrest, Daniel Prude died from what the Monroe County Medical Examiner's Office ruled as "complications of asphyxia in the setting of physical restraint due to excited delirium due to acute phencyclidine intoxication." The medical examiner listed the cause of death as "homicide."

He said he believes the police are responsible for his brother's death.

"I want to know if them officers are going to lose their jobs and be punished just like any other civilian," Joe Prude said. "And I really would love to see them stand in front of a judge and have they prosecution just like they prosecuted my brother. They was the judge and the jury and executioner."

Ashley Westerman, Nina Kravinsky and Reena Advani produced and edited the audio version of this story.