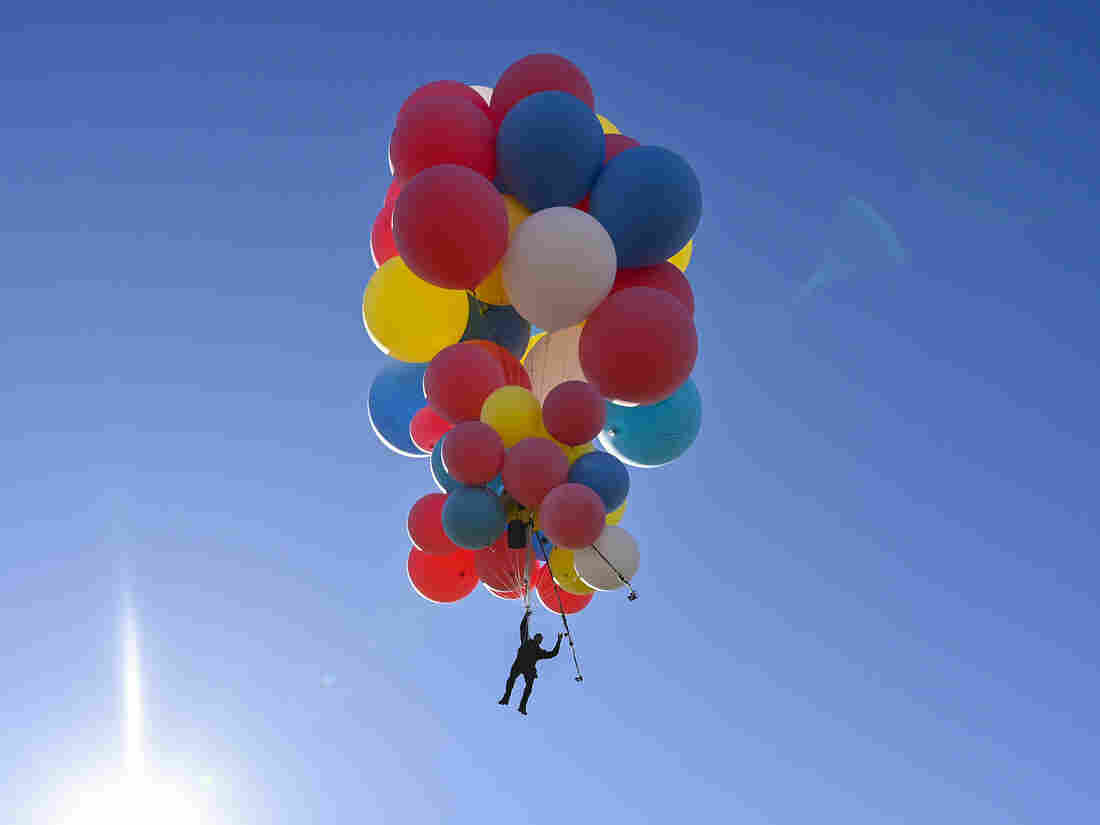 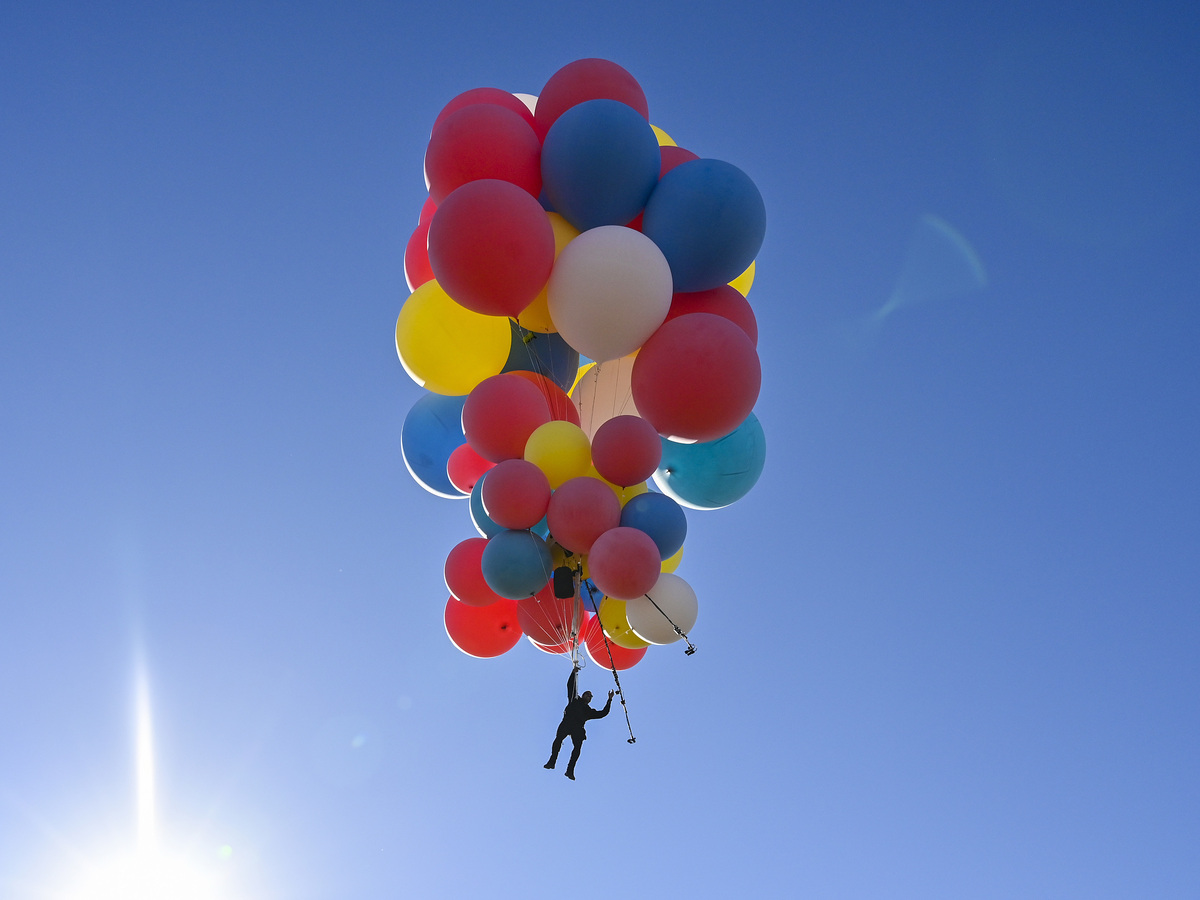 Now and then, two news stories rub up against each other and strike sparks.

This week David Blaine, the magician and illusionist, strapped himself to 52 helium-filled balloons, lifted off into the big, blue skies above Arizona's Great Basin Desert and floated. It was something out of a childhood dream.

"I want to go up and become a tiny dot in the sky," he had told the New York Post.

He called his performance Ascension. He ascended almost five miles, up where the air is thin and cold, before he cut loose from the balloons, plunged through the sky at more than a hundred miles an hour, then pulled the string on a parachute and steered back to earth, where he landed on his feet and said: "Wow. That was awesome."

Mr. Blaine spent years preparing for his performance, which was live streamed on YouTube. He became a certified hot air balloonist and skydiver, making more than 500 jumps.

He told his 9-year old daughter, Dessa, "This is all for you."

A day earlier, 16 stories above the streets of Manhattan, a woman clung to the outside of her window in Harlem after a fire broke out in her apartment. A firefighter named Brian Quinn fastened a rope to himself and rappelled down to her from the floor above.

"She was screaming she was going to die," he told CBS News. "She did not want to let go." The firefighter added, "I was scared. When you're up that high, it's scary."

"He was like Spider-Man, Superman," Kyra Walker, a neighbor, told reporters.

"Coming out that window, encasing her body to make her feel safe."

It was apparently the first time in years New York firefighters have used a "rope rescue," which may be as dangerous as any feat of daring by David Blaine. But like the performer, they rehearse and prepare.

One of these two people who shared a few seconds of the news this week is a celebrity, famed and rewarded for his daring; the other, a public servant, whose courageous acts are mostly off-camera, often taken for granted. But I think they'd recognize some quality in each other.

Their stories emerge together in these vexing times, to remind us how human beings can still be bold and brave. We can soar on flights of imagination, and save each other with our hands and hearts.