Accessibility links
Are Your Texts Passive-Aggressive? The Answer May Lie In Your Punctuation Some linguists find that younger people tend to see text messages that end with a period as passive-aggressive, or otherwise negative. 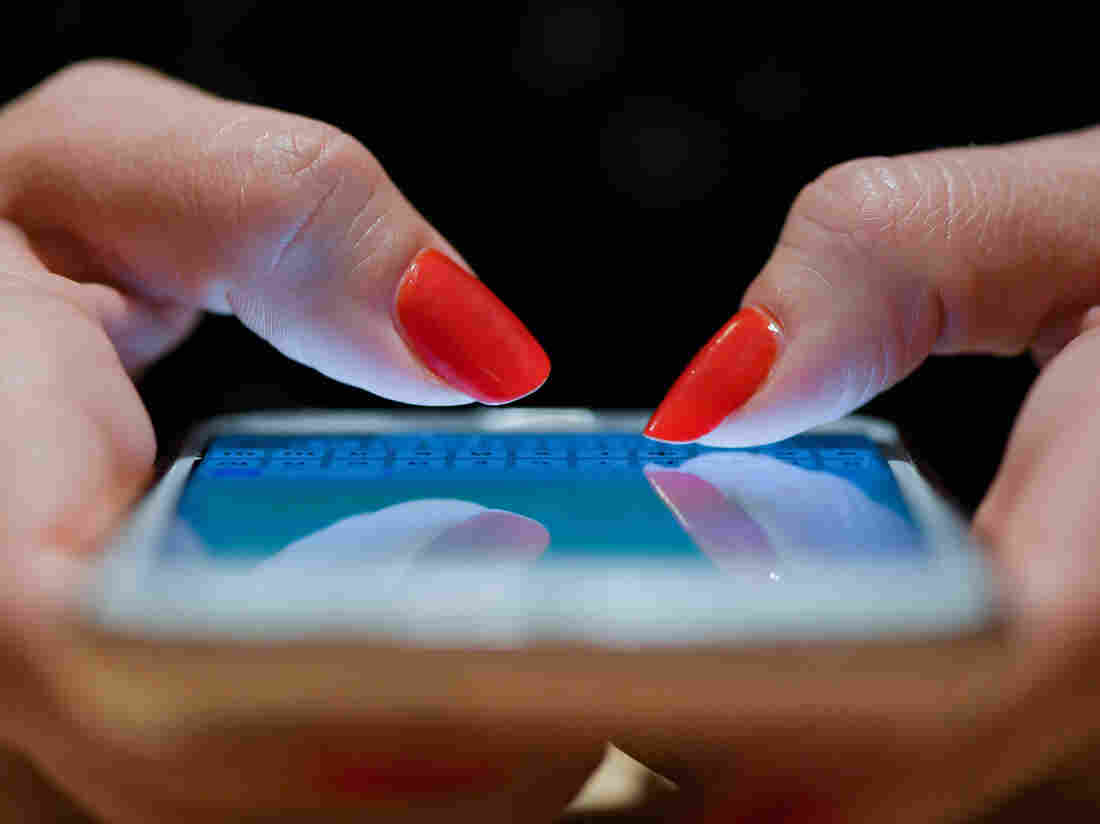 When it comes to text messaging, at least for younger adults, periods do more than just end a sentence. They also can set a tone. Patrick Pleul/picture alliance via Getty Images hide caption 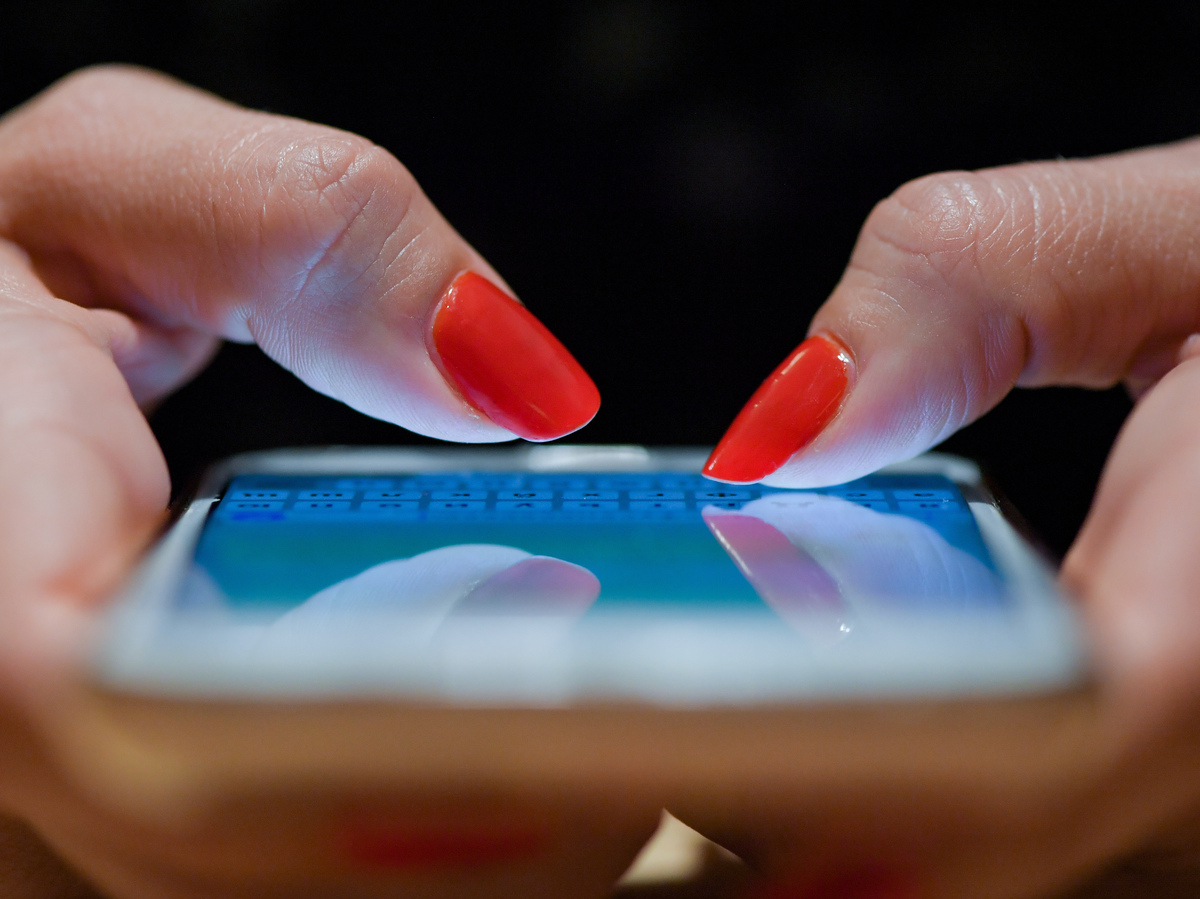 When it comes to text messaging, at least for younger adults, periods do more than just end a sentence. They also can set a tone.

Katherine Rooks remembers when she first learned that a punctuation mark could wield a lot of power.

The Denver-based writer had sent her high school-aged son a text message about logistics — coming home from school.

"I could tell from his response that he was agitated all of a sudden in our thread. And when he came home, he walked in the door and he came over and he said, 'What did you mean by this?' "

Rooks was confused. How could an innocuous text message send confusion?

"And so we looked at the text together and I said, 'Well, I meant, see you later, or something. I don't remember exactly what it said.' And he said, 'But you ended with a period! I thought you were really angry!' "

Rooks wasn't angry, and she explained to her son that, well, periods are how you end a sentence.

But in text messaging — at least for younger adults — periods do more than just end a sentence: they also can set a tone.

Gretchen McCulloch, a linguist and author of the book Because Internet: Understanding the New Rules of Language, told NPR's All Things Considered last year that when it comes to text messaging, the period has lost its original purpose because rather needing a symbol to indicate the end of a sentence, you can simply hit send on your message.

That doesn't mean the period has lost all purpose in text messaging. Now it can be used to indicate seriousness or a sense of finality.

But caution is needed, said McCulloch, noting that problems can start to arise when you combine a period with a positive sentiment, such as "Sure" or "Sounds good."

"Now you've got positive words and serious punctuation and the clash between them is what creates that sense of passive-aggression," said McCulloch.

Binghamton University psychology professor Celia Klin says a period can inadvertently set a tone, because while text messaging may function like speech, it lacks many of the expressive features of face-to-face verbal communication, like "facial expressions, tone of voice, our ability to elongate words, to say some things louder, to pause."

Our language has evolved, and "what we have done with our incredible linguistic genius is found ways to insert that kind of emotional, interpersonal information into texting using what we have," said Klin. "And what we have is things like periods, emoticons, other kinds of punctuation. So people have repurposed the period to mean something else."

And that something else is passive-aggression.

A 2015 study conducted by Klin confirmed as much. Researchers asked undergraduates to evaluate a text exchange that included an innocent question and the answer "Yup." Some saw "Yup" with a period and some saw the word without.

"I actually really don't like getting text messages that end in periods because it always feels so harsh and passive-aggressive," said Juan Abenante Rincon, 24, a social media manager for Adidas. "Like, are you mad? What's going on? Like, did I do something wrong?"

Emma Gometz, a biology student at Columbia University, said the phenomenon can feel especially harsh when the message is brief, like a lone word followed by a period.

Kalina Newman, 23, a communications coordinator for the AFL-CIO, said, "It's in the same vein of somebody saying, 'We need to talk,' and then not saying what they want to talk about."

In other words, enough to send a chill down anyone's spine.

Not everyone shares that view. Isabelle Kravis, 18, a student at American University, says it depends on the context of the conversation.

"If we're just talking about, like, our favorite movie or something, and someone uses a period at the end of a sentence, I'm not gonna take it, like, aggressively."

While Kravis is relatively zen when it comes to the period, for others, the thought of texting without it can be enraging. Klin said that her texting study sparked outrage among many.

"They thought it was an insult to their first-grade teacher, and their grandmother, and, you know, America as we know it," she said.

"Language evolution's always happened, it's going to continue to happen, and isn't it great that we are so linguistically flexible and creative."