Accessibility links
In New Documentary, Stacey Abrams Probes The State Of Voter Suppression In 2020 In the upcoming documentary All In: The Fight For Democracy, the voting rights advocate traces the growing challenges many Americans face when trying to cast a ballot. 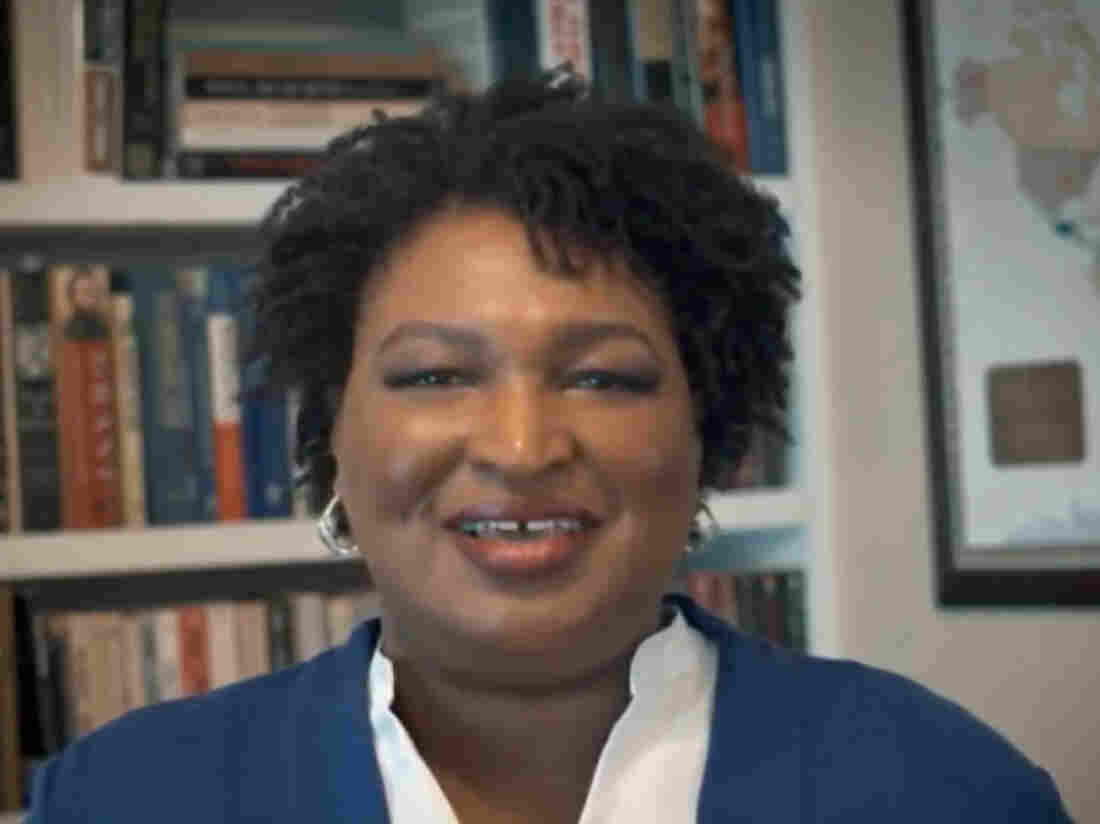 "We should not live in a nation where your access to democracy depends on your celebrity, your wealth, or your ZIP code," says Stacey Abrams. Above, the former Georgia gubernatorial candidate addresses the virtual Democratic National Convention on Aug. 18. Handout/DNCC via Getty Images hide caption 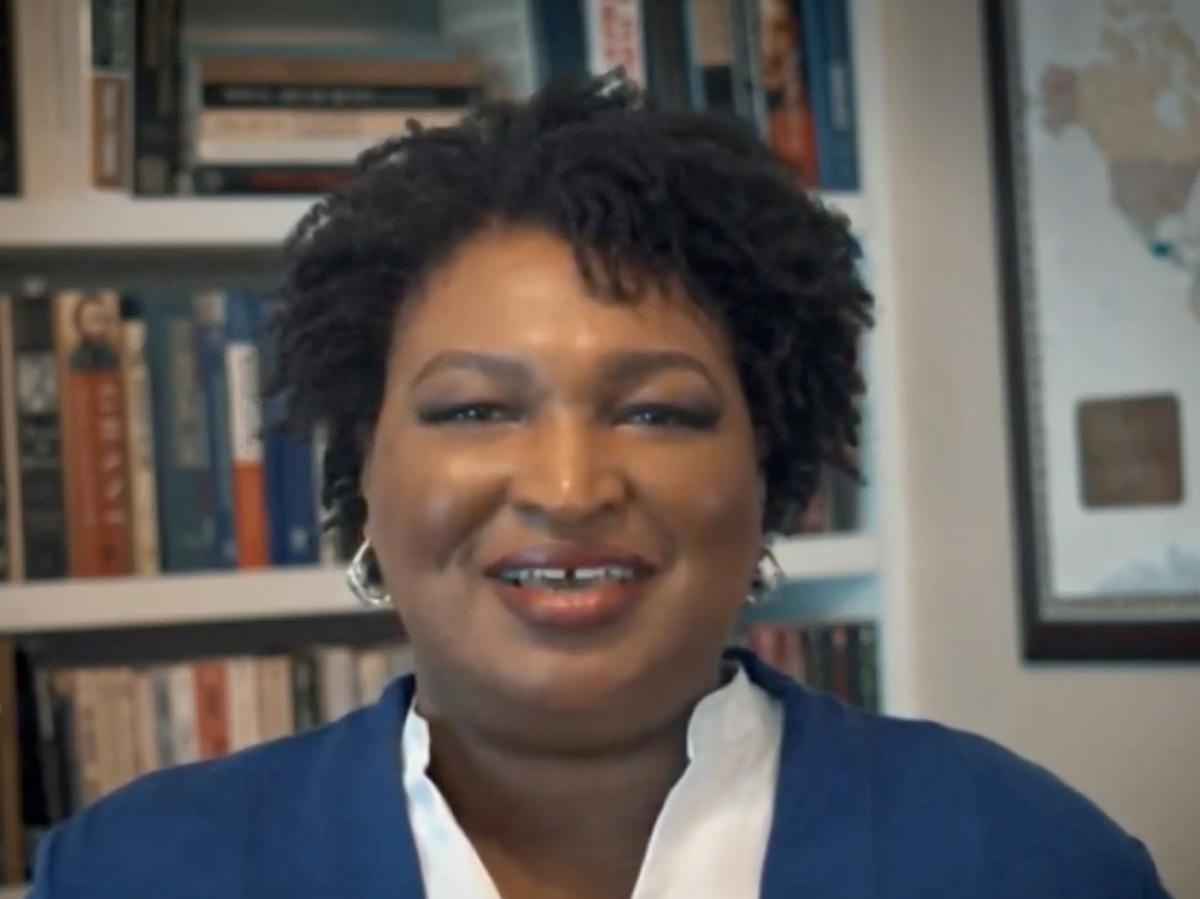 "We should not live in a nation where your access to democracy depends on your celebrity, your wealth, or your ZIP code," says Stacey Abrams. Above, the former Georgia gubernatorial candidate addresses the virtual Democratic National Convention on Aug. 18.

In the new documentary All In: The Fight For Democracy, Stacey Abrams bears personal witness to the struggle to vote, from the experience of her own family in Mississippi to her 2018 campaign for governor of Georgia.

In 2018, while Abrams was running for governor against then-Secretary of State Brian Kemp, she showed up to her polling place and was told she couldn't cast a ballot, because, according to their records, she already had voted.

"I told them I would have recalled that," Abrams told NPR's Weekend Edition. "And we were luckily able to solve the problem, but I know I'm not the only person who faced that challenge."

Between 2016 and 2018, at least 17 million voters were purged from the voter rolls, according to a study by the Brennan Center for Justice. In just one month alone — July 2017 — more than half a million voters were removed from Georgia's voter rolls, many because they didn't vote in previous elections, according to an investigation from APM Reports, Reveal and NPR member station WABE.

"We have to understand that purging does not simply occur because someone has died or has moved out of the state," Abrams said, adding that then-Secretary of State Kemp purged hundreds of thousands of voters from the rolls. "The use of this purging led to a disproportionate number of communities of color being disenfranchised. And many didn't know they were purged until they showed up to vote."

Abrams, who lost the gubernatorial race to Kemp, is featured in the new documentary directed by Liz Garbus and Lisa Cortés and set to release on Amazon Prime Video on Sept. 18. In it, she discusses how it is increasingly difficult for many Americans to cast their ballots.

"We should not live in a nation where your access to democracy depends on your celebrity, your wealth, or your ZIP code," Abrams said in an interview with NPR.

On the fear of voter fraud

Let's be clear: We do not have a voter fraud problem in America. Using the most aggressive standards issued by the Heritage Foundation, they found 1,300 putative cases out of 625 million votes cast. Basically we're trying to solve the issue of a hangnail with chemotherapy. That is the problem with how we're approaching who has access to the right to vote, whether it's signature mismatch laws or voter ID laws or any of the failings and challenges we have seen imposed upon communities that have been told your vote should not matter.

On why her documentary focuses primarily on Republicans

Democrats were responsible for Jim Crow. The Whigs participated in voter suppression by eliminating who could vote. Voter suppression has been the purview of almost every political party that has ever had power and not wanted to lose it. And in the 21st century, it is purely the province of the Republican Party. The reality, though, is if we don't fix it now, a new party may emerge to try to do the same and my mission isn't simply to cast aspersions on Republicans, it's to acknowledge who's doing it now so we can stop it now and we can understand why.

I find it very ironic that this is the same man who has been railing against voter fraud and what he has said out loud to voters who may be first-time voters, to young people who are worried about what should happen, they are going to take the word of the President of the United States and potentially face felony charges and I worry that we will lose another group of people from participation, not through any fault of their own, but through someone in power using the right to vote against their people.

Sophia Boyd and Ed McNulty produced and edited the audio version of this story.