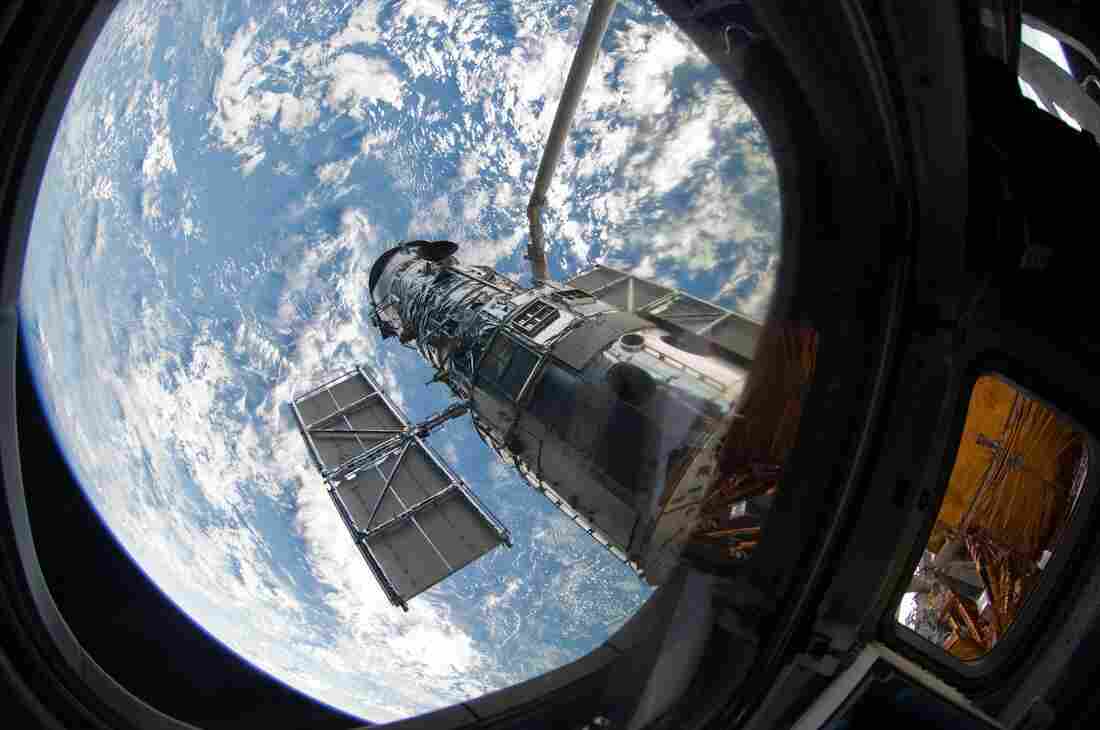 An STS-125 crew member onboard the space shuttle Atlantis snaps a still photo of the Hubble Space Telescope following grapple of the giant observatory by the shuttle. Johnson Space Center/NASA hide caption 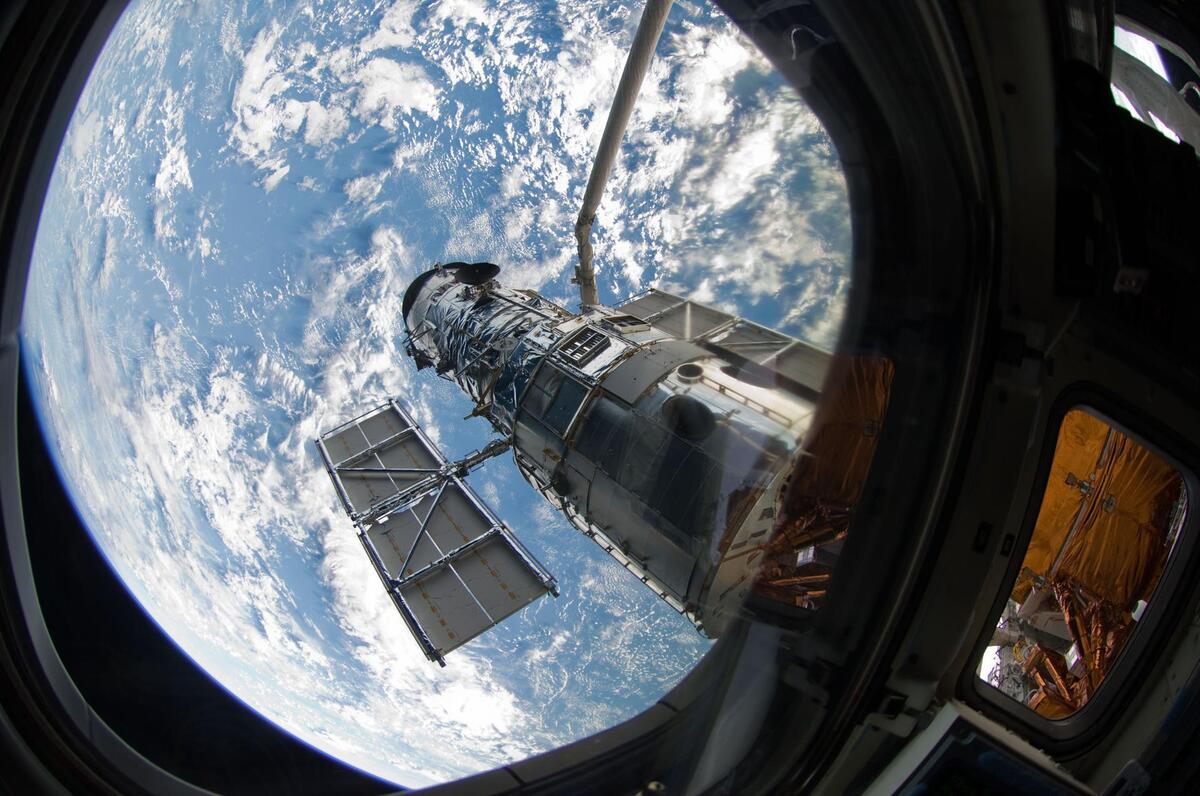 An STS-125 crew member onboard the space shuttle Atlantis snaps a still photo of the Hubble Space Telescope following grapple of the giant observatory by the shuttle.

Mike Brown has been using the Hubble Space Telescope pretty consistently for most of the past three decades since it launched in 1990. But recently he had an experience with Hubble that he never had before.

Brown, an astronomer at the California Institute of Technology, got permission to use Hubble to do a detailed study of Jupiter's four largest moons. These moons are called the Galilean moons after Galileo Galilei, who spotted them in 1610.

They include: Ganymede, which is bigger than the planet Mercury and has a mysterious magnetic field; Io, which is the most volcanically active place in the solar system; Europa, which has more liquid water than Earth; and Callisto, which is kind of a simple ol' cratered moon.

After Hubble was supposed to have checked out Ganymede, the data got beamed down, processed and sent to Brown by email. He eagerly opened it up. There was nothing there.

I just tried to observed Ganymede with the Hubble Space Telescope and the data look like empty sky. Did someone kill Ganymede before I could get to it? I am going to be very angry. I guess it also could be an HST pointing failure. But, given 2020, I expect it was destruction.

He immediately thought to himself, "What did I screw up this time?" which is, as he puts it, "Pretty much what you always do as a scientist, when you see something that didn't work."

He checked and rechecked the instructions he sent to Hubble. They were fine.

Nonetheless, it turns out that Hubble had been pointing at the wrong patch of sky. Brown says this kind of error quickly happened two more times as he tried to survey Jupiter's moons.

"I don't know if three times in a week is unusual or not, but it seems pretty unusual to me," Brown says. 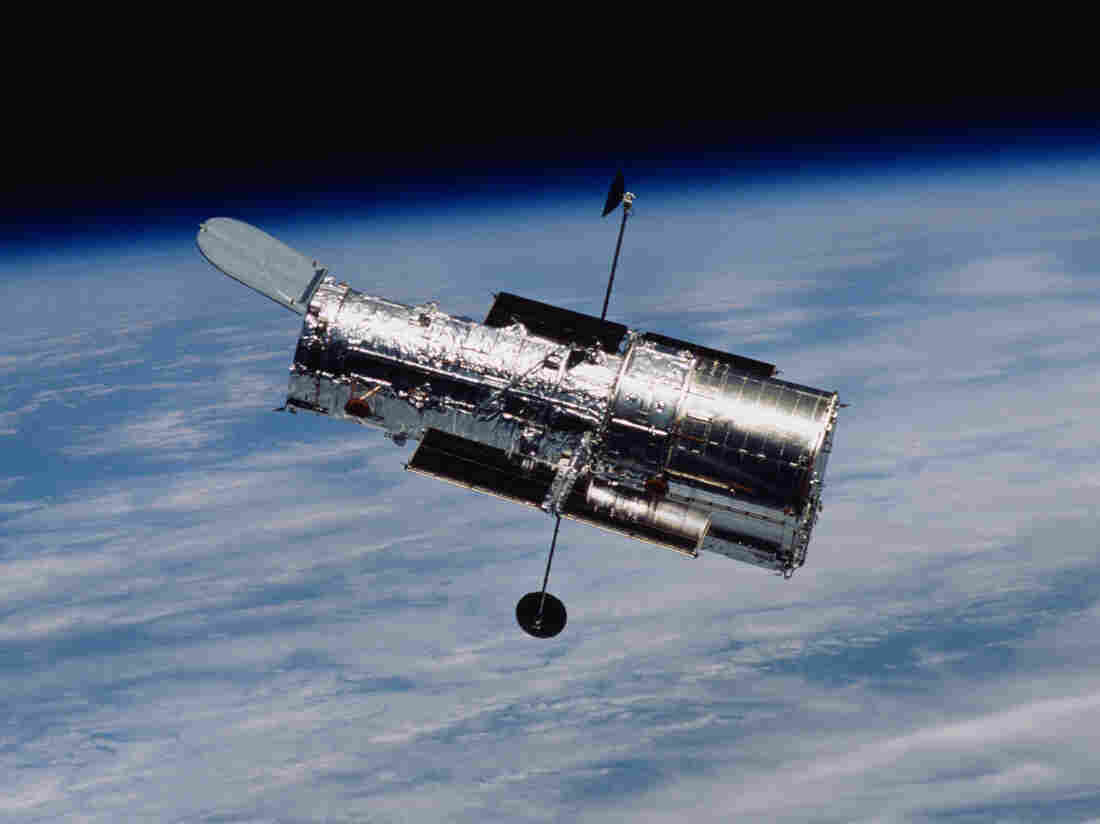 The Hubble Space Telescope floats in space after its release from the space shuttle's robotic arm following a servicing mission in March 2002. NASA hide caption 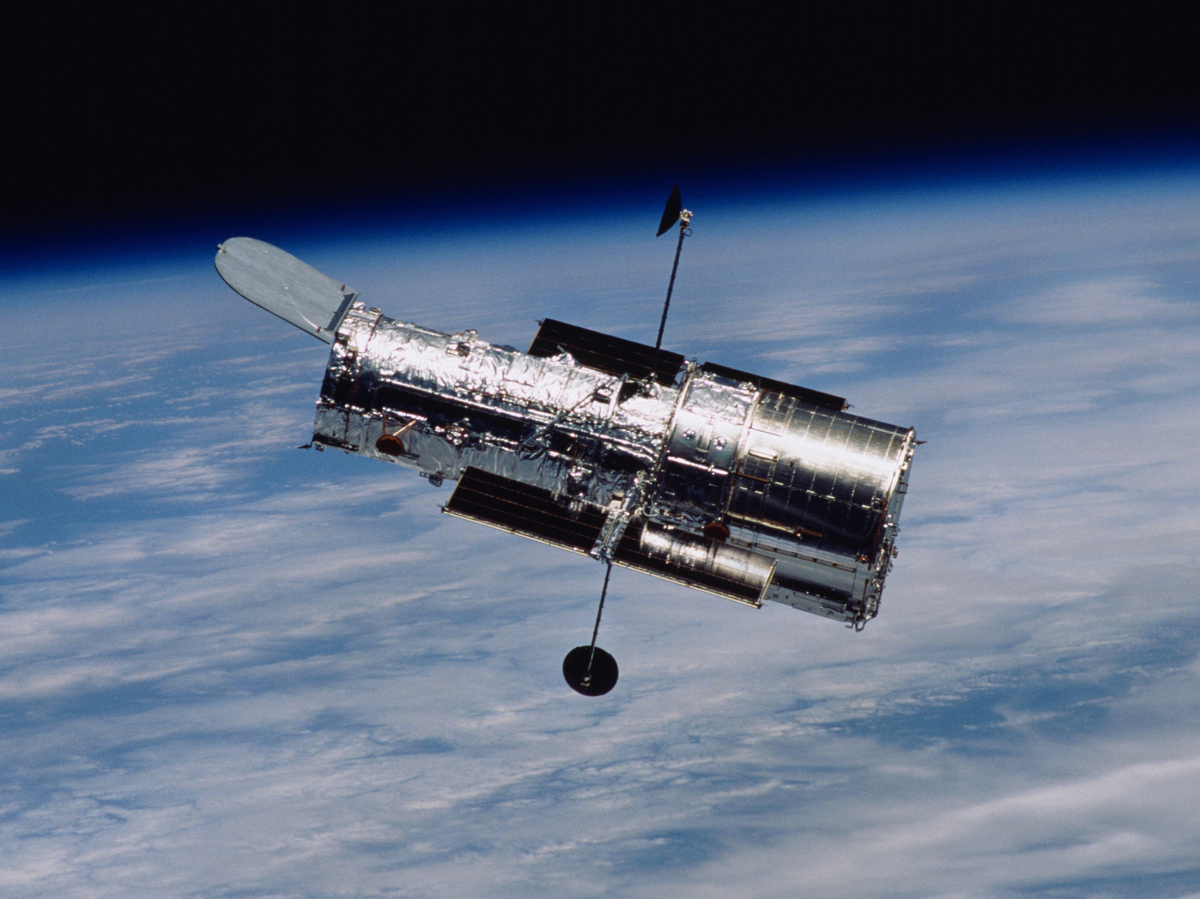 The Hubble Space Telescope floats in space after its release from the space shuttle's robotic arm following a servicing mission in March 2002.

Tom Brown, head of the Hubble mission office at the Space Telescope Science Institute in Baltimore — and no relation to Mike Brown — says that Hubble does indeed just sometimes aim in the wrong direction.

This is an aging telescope after all. Back in 2018, when a gyroscope on Hubble failed, researchers activated one of its on-board spares — the so-called gyroscope 3. It's been glitchy from the get-go.

"It tells you the telescope is moving around even when it's not," Brown says.

Telescope operators compensate for this error, but sometimes it gets out of whack before they're able to adjust things.

Disappointed researchers can submit a request to have a do-over, and they'll generally get their data eventually — assuming they weren't trying to see some once-in-a-million years brief cosmic event.

No one really knows why gyroscope 3 is such a pain, Brown says, and conceivably, it could get so bad that they might have to turn that one off.

Still, Hubble remains enormously popular. Hundreds of teams get to use the telescope every year. They are the lucky ones, because there is so much demand that the majority of proposed observations have to be rejected.

Hubble is being used for fields that didn't even exist when it was launched, such as studying planets that orbit distant stars. 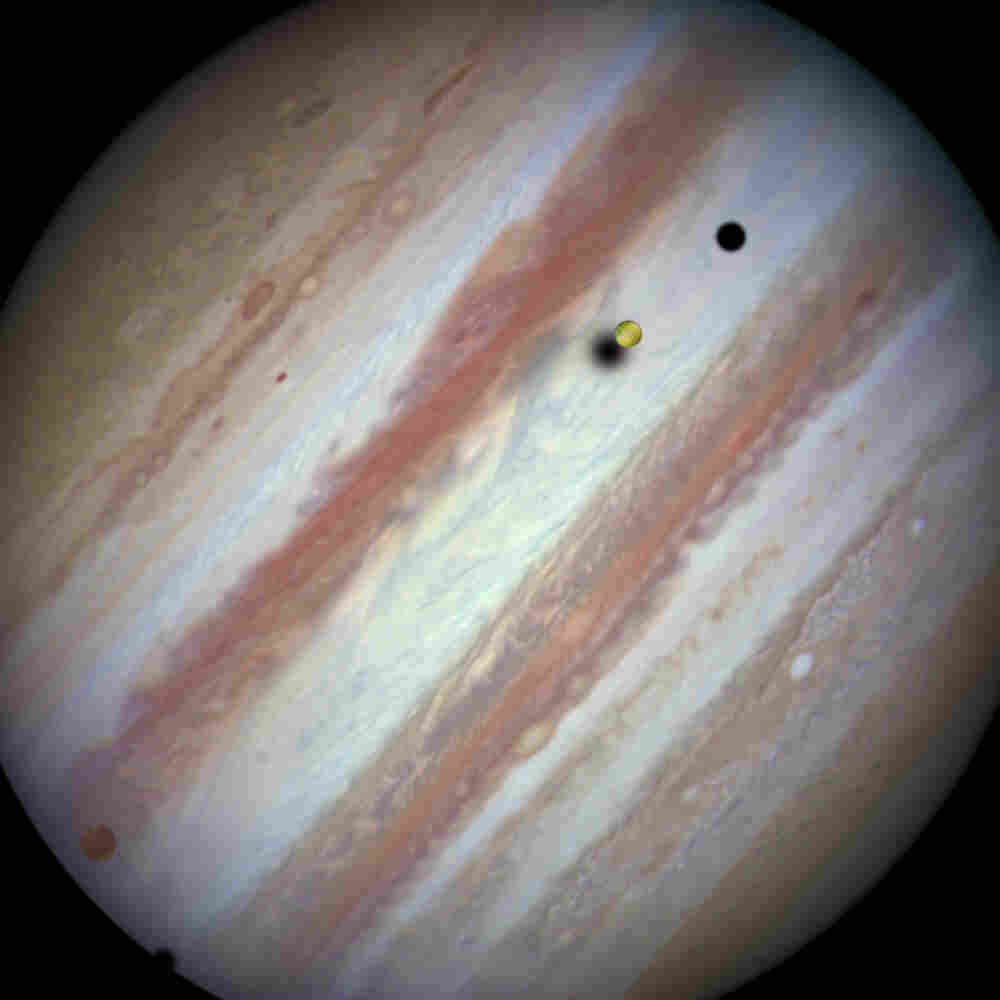 An image captured by the Hubble Space Telescope as three of Jupiter's largest moons parade in front of the gas giant on Feb. 5, 2015. On the left is the moon Callisto and on the right, Io. The shadows from Europa, which cannot be seen in the image, Callisto and Io are strung out from left to right. NASA, ESA, Hubble Heritage Team hide caption

"Hubble really is a very unique resource for humanity. And once it's gone — I mean, a lot of people are already dreading that day — but I think when it's gone, it's going to hit people ... hard," Brown says.

Engineers estimate that Hubble could keep going for at least another five years and probably longer.

NASA has another big space telescope called the James Webb in the works, but it's not exactly like Hubble has experienced multiple delays and huge cost overruns. It won't launch before late next year.