Accessibility links
Nearly Half Of U.S. Child Care Centers Could Be Lost To Pandemic Child care centers are struggling to keep their doors open during the pandemic. Many say they're facing the double challenges of losing customers and new safety regulations. 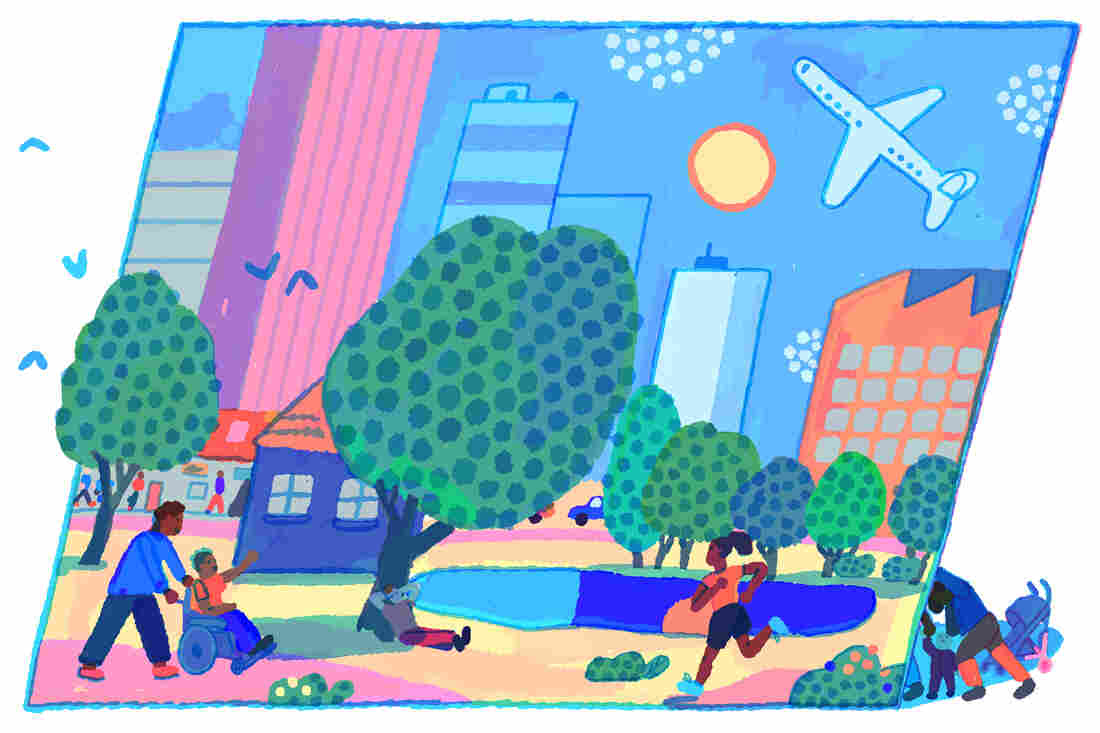 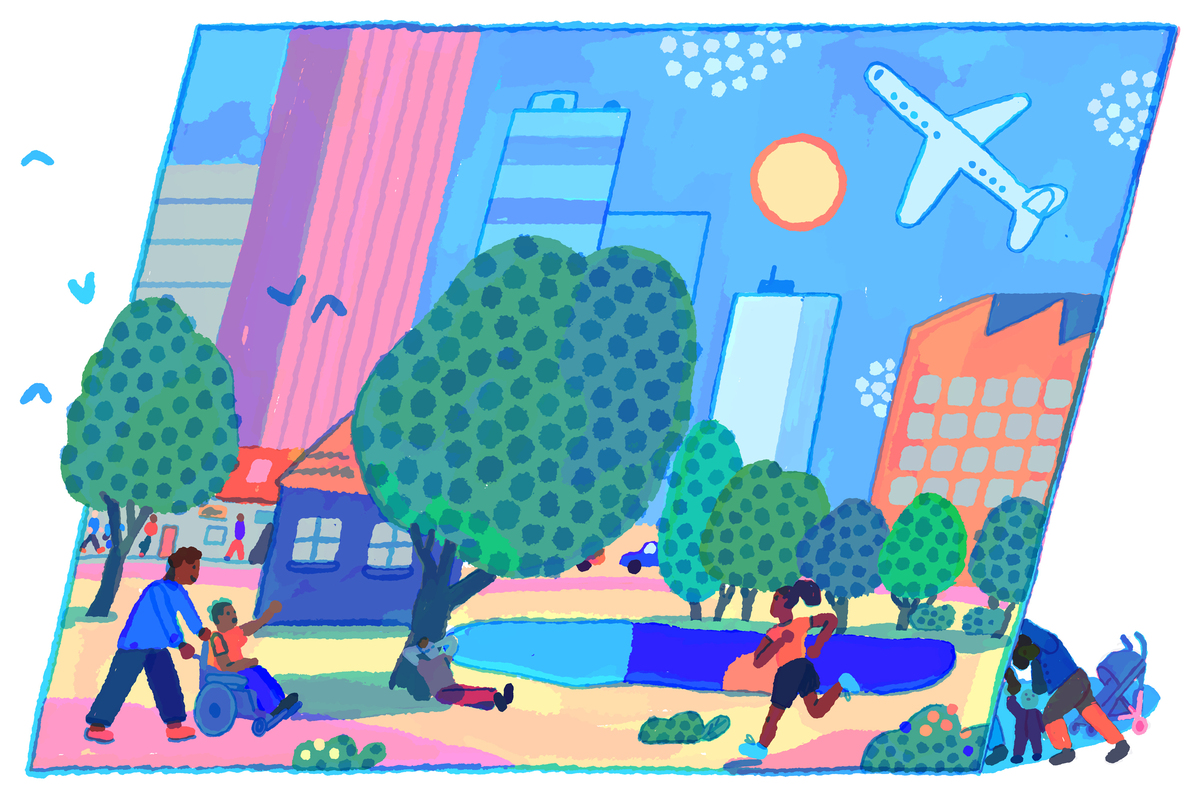 Angelique Speight-Marshall has come up with an ingenious idea to help the toddlers she looks after practice social distancing: She gave each of them a walkie-talkie. The kids squeal with delight as they run as far away from each other as possible, to talk.

"You have to think outside the box," Speight-Marshall says, "because the pandemic is changing the way health and safety practices have been used over the years."

She constantly reminds the children at Mrs. P's Daycare: no hugs or holding hands, no sharing toys or art supplies. The strange thing about it is, it's the opposite of everything she's taught for 23 years. "That has been definitely a strain, trying to teach the children not to share," she explains. "They don't understand. I'm an educator and I don't understand it!"

One of the biggest challenges facing parents in the COVID-19 crisis is child care. Recent research says about 4 1/2 million child care spots in the country could be permanently lost because of the pandemic. And that has a huge ripple effect — without child care, it will be hard for so many parents to get back to work. Economists predict this will affect mostly women, who will have to leave the workforce to care for their children.

In Washington, D.C., like other parts of the country, child care centers are struggling just to keep their doors open.

Speight-Marshall is serving only half the number of kids she used to, because of new health guidelines around staffing and social distancing. She's making far less money and has had to lay off staff. She spends many more hours doing paperwork, laundry and disinfecting toys.

Sylvia Crews ran a home-based child care service for nine children in the city until mid-March. She says care for infants and toddlers requires a very low ratio of staff-to-child to be "high quality," and with the more stringent pandemic restrictions, she just couldn't make the numbers work.

Crews says that, even if she manages to reopen, she's not sure how she'll afford the new, extra expenses. "The PPEs, the Clorox, the disinfectants, the thermometers, the face masks, the shields."

She'll also need to make other changes. She must buy individual desks so kids can sit farther apart. And every child needs to have their own paint boxes, play dough and toys. "For everything now, it's an individual thing, where before it was shared. They can't share it no more," she says.

Rhian Evans Allvin, the CEO of the National Association for the Education of Young Children, says providers have reached a breaking point: "They are hanging on by their fingernails. And without a sustained public investment, the sector will collapse."

The most recent NAEYC survey of 5,000 child care providers showed that those that have opened have done so at substantially reduced capacity. Many aren't sure they will be able to survive long term. Allvin says that, even before the pandemic, most child care facilities ran on "razor-thin" margins.

"We have never in this country financed child care at a way that values the workforce and honors the science behind how important early childhood education is," she says. "And now these programs are barely able to meet their mortgage right now, or their rent and pay their basic bills, let alone actually paying the value of early childhood educators."

Holland is desperately looking for another job while also worrying about her other child, a 4-year-old. His preschool has closed, and she's not sure how long family members can babysit him.

Angelique Speight-Marshall says she gets calls from stressed parents every day, "pouring their hearts out."

One mother called from work: "She said, 'I've been on the phone all day calling people, most are still closed and everybody else said no, they can't accept me. So I don't know what I'm going to do.' "

Speight-Marshall says the woman had already asked multiple family members and friends to help. "She just burst out crying. And, you know, I got a heart for kids, I wish I could take them all, but I had to tell her no."

The majority of the children Speight-Marshall cares for have parents who are considered "essential workers": nurses, grocery store workers and truck drivers. She says any additional funding would help. "Child care powers the economy. When we're caring for the children, the parents are happy and they're able to go to work."