Accessibility links
Trump Reelection: President Says He May Spend His Own Money Trump said his campaign has had to "spend more money upfront" to defend his administration's work responding to the coronavirus. 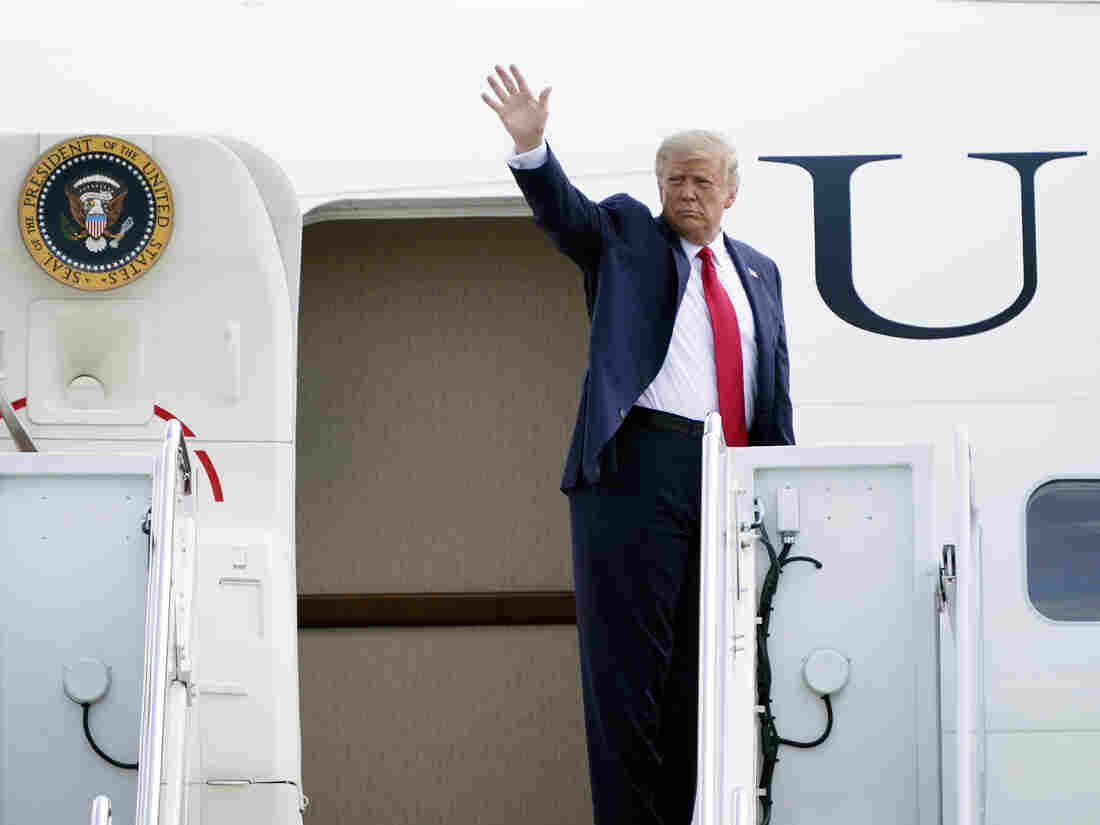 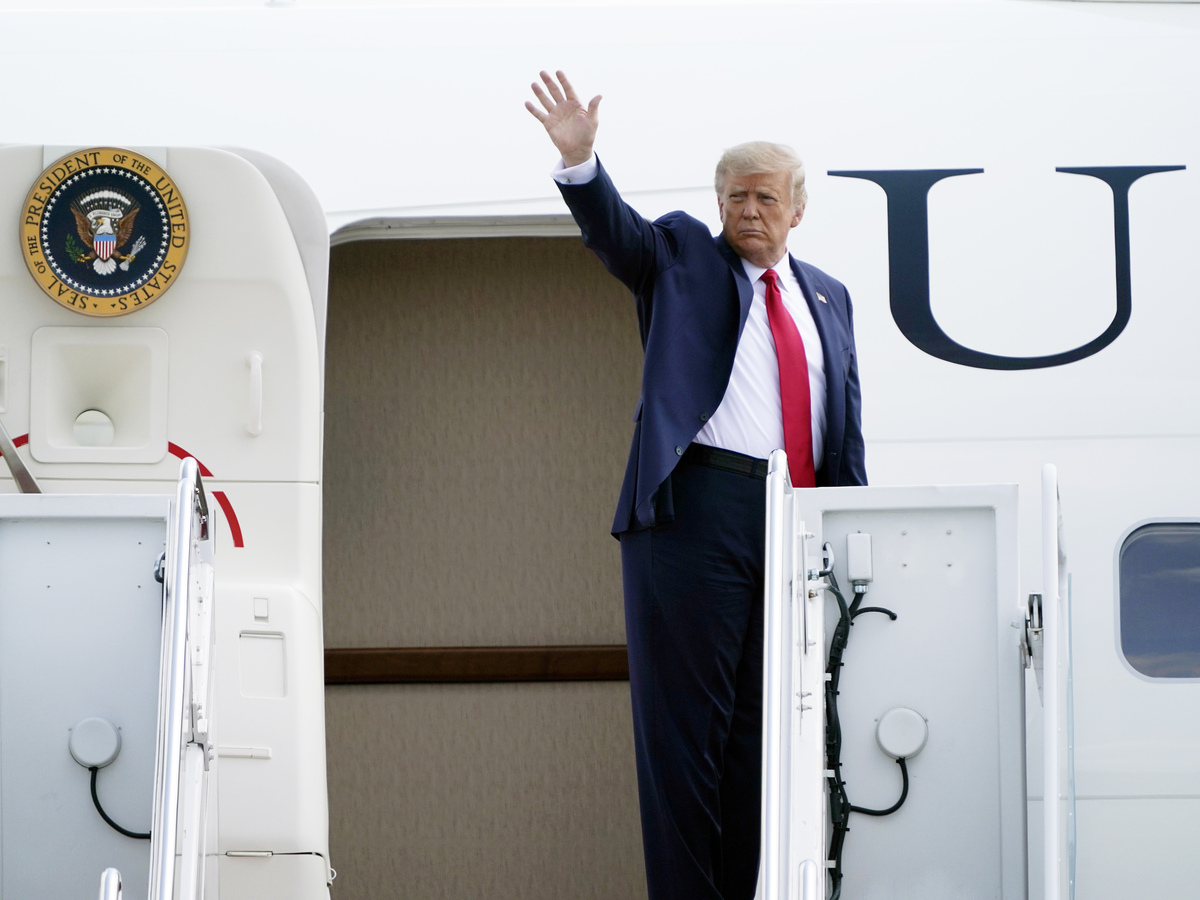 President Trump boards Air Force One on Tuesday at Andrews Air Force Base in Maryland.

Nearly a week after Joe Biden's campaign and the Democratic Party announced they had raised a blockbuster $364 million in August, the Trump campaign and Republican Party still haven't released their numbers, and President Trump is talking about putting in his own money.

"If I have to, I would," Trump responded to a reporter's question Tuesday before departing for Florida. "If we needed any more, I'd put it up personally, like I did in the primaries last time." He added that he would spend "whatever it takes. We have to win."

In 2016, Trump put in $66 million to fund his campaign, about a fifth of the funds his campaign raised that cycle.

This time around, Trump said his campaign has had to "spend more money upfront" to defend his administration's work responding to the coronavirus. He said he did not anticipate having to spend his own money "because we have double and maybe even triple" what his first campaign had.

As recently as last month, the campaign and Republican National Committee had boasted about their fundraising advantage over their Democratic opponents, playing up the massive war chest they had built since starting fundraising in 2017.

At one point former campaign manager Brad Parscale described the Trump 2020 campaign as the "Death Star," and he meant it as a positive — a big, well-funded operation, far more sophisticated than the underfunded band of rebels of the 2016 Trump campaign.

Now Parscale has been demoted, and the new campaign manager, Bill Stepien, said "creating or re-creating the budget" was the first thing he did when he took over the top job.

Pressed on whether the Trump campaign is experiencing a cash crunch, Stepien told reporters that spending is not "the only factor in determining winners and losers in politics," noting that the campaign had invested early in staff in key states, a different explanation than Trump offered for how they had burned through nearly $1 billion in campaign cash.

Stepien also said the campaign has two to three times more cash to spend than in 2016 and has been adding advertising where needed. The entire Trump 2016 campaign brought in about $340 million.

"We are focusing our efforts on the states and the places that are catching the votes earliest," he said. "And now we're adding states each and every week."