Accessibility links
Senate Has Coronavirus Vaccine Hearing Amid Campaign Fights The president has in recent weeks escalated campaign promises to deliver a vaccine by the end of the year, suggesting that a treatment against the coronavirus could be ready by the November election. 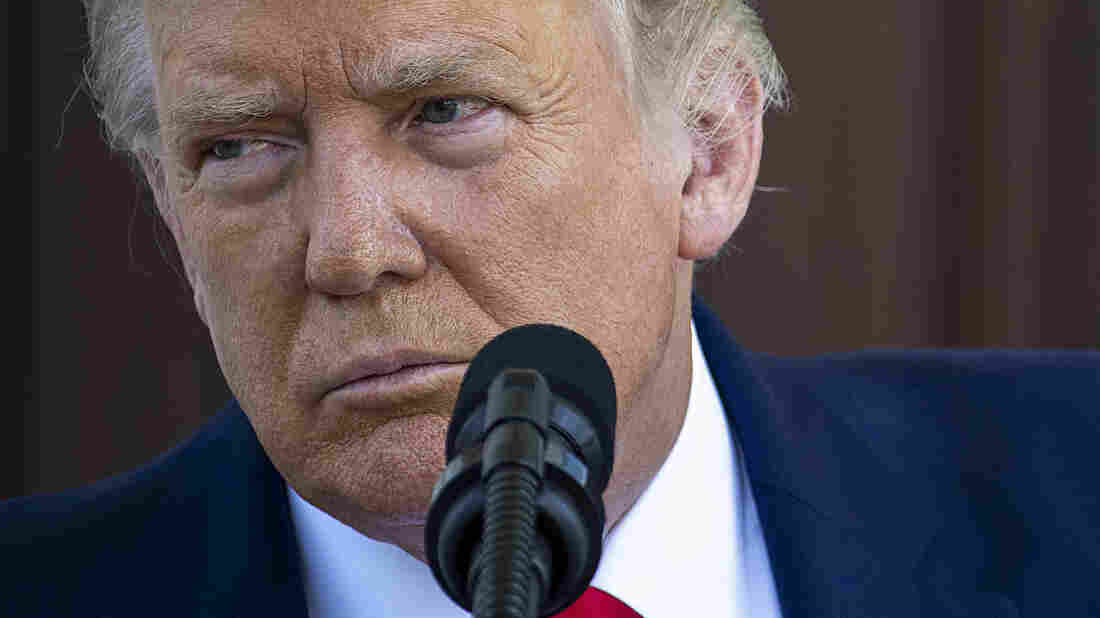 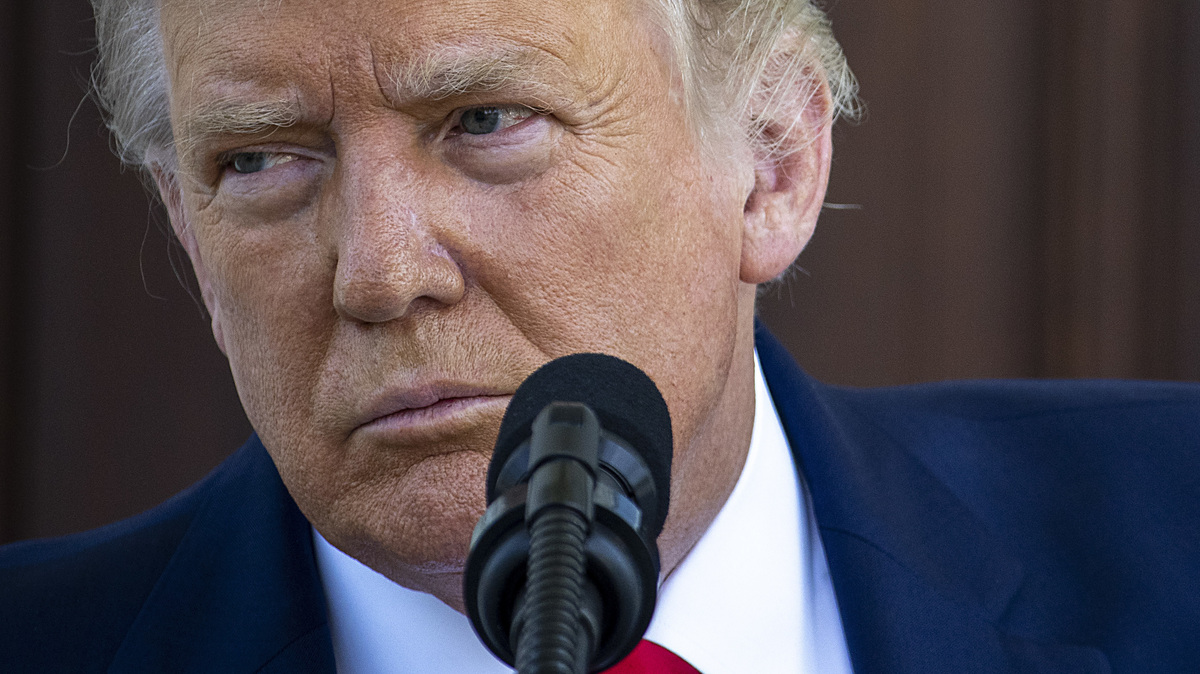 The U.S. Senate is holding a hearing Wednesday on the development of vaccines aimed at eradicating the coronavirus amid escalated political rhetoric regarding the potential effectiveness of a fast-tracked vaccine.

As President Trump has promised to expedite treatments against the virus that has killed nearly 190,000 Americans, he has appeared publicly rankled by critics who question his handling of the pandemic and those who are skeptical of the viability of a safe vaccine in such record time.

The Senate Committee on Health, Education Labor and Pensions is hearing from advisers to the president's coronavirus response, including National Institutes of Health Director Francis Collins and U.S. Surgeon General Jerome Adams.

Both Collins and Adams emphasized that all people who are able to get a flu shot should do so by the end of October.

"With both COVID-19 and the flu circulating this fall, this will be, in my opinion, the most important flu season of our lifetimes," Adams said.

"Less flu and fewer hospitalizations will help to conserve precious health care resources. So let me be clear: The best way to prevent the flu is to get the flu vaccine, and I hope all of you here today will get your vaccine early and publicly."

In response to a question from Sen. Bernie Sanders of Vermont regarding the cost of a future vaccine, Collins and Adams gave clear answers that cost would not be a barrier for Americans to obtain a vaccine.

"I promise you we will use every federal tool that we have to make sure that cost is not an obstacle for people receiving what will perhaps be the most important and highly anticipated vaccine of our lives," Adams said.

COVID-19 Vaccine Trial Paused Due To Illness In Volunteer

Vaccine promises on the campaign trail

With his standing in opinion polls slipping as the coronavirus death toll rises, Trump has in recent weeks escalated promises of a vaccine to be ready for the public before the end of the year, indicating that a treatment could be available ahead of the Nov. 3 general election.

"Under Operation Warp Speed, we're producing a vaccine in record time. This is a vaccine that we're going to have very soon, very, very soon. By the end of the year but much sooner than that perhaps. And this is something that's incredible. This would've taken two or three years by the last administration, and in all fairness, by most other administrations," Trump said in a rambling Tuesday press conference in which he disparaged his 2020 rival, Democrat Joe Biden, and Biden's running mate, Sen. Kamala Harris.

How Can You Tell If A COVID-19 Vaccine Is Working?

The president continued that Biden and Harris "are undermining science and risking countless lives with their reckless, anti-vaccine rhetoric" and accusing Democrats of playing politics with public health.

"So now they know we have it. It's only a question of weeks or small amount of time. So instead of saying, 'That's a great thing, we're going to save lives,' they're trying to disparage it. They're trying to make it politics," he said.

Biden and Harris have both indicated a degree of skepticism toward the president's ability to deliver a vaccine based on the short time frame and Trump's own missteps and misstatements regarding the virus.

The president has in the past given mixed messages on his views on the efficacy of face masks, which research has shown to be highly effective in limiting the spread of the coronavirus, and has promoted dangerous, untested treatments for the illness, including suggesting that injecting commercial cleaning agents could fend off the virus.

Harris, in an interview this week, denied she was suspicious of the vaccine because of political reasons, saying she would trust a vaccine developed under the Trump administration "if the public health professionals and the scientists told us that we could trust it."

Seizing on the Biden/Harris ticket's wariness of a rushed vaccine, the Trump campaign in a Sunday statement accused the pair of "fear mongering" and promoting "anti-vax conspiracy theories."

"A coronavirus vaccine is a key part of returning America to normal and making our economy great again, and that's why President Trump is working hard to deliver a safe and effective coronavirus vaccine for the American people as soon as possible," the Trump campaign said.

"Biden and Harris are saying this for political reasons, knowing full well their irresponsible rhetoric could lead to more dead Americans. They don't seem to care that they are contradicting the scientists and top public health officials."

"There will be no shortcuts"

In Wednesday's hearing, Collins, the NIH director, appeared to address Trump's claims that a vaccine would be ready for the public around Election Day.

"I can't say strongly enough that the decisions about how this vaccine is going to be evaluated and assessed is going to be based on science," Collins said.

"Will it be done by a certain date? I could not possibly tell you right now because I don't know what's going to happen in the coming months," he said. "I do have cautious optimism that by the end of 2020, at least one of these vaccines will have emerged and turned out to be safe and effective. But even that is a guess, and certainly to try to predict whether it happens on a particular week before or after a particular date in early November goes well beyond anything that any scientist right now could tell you and be confident that they know what they're saying."

Adams echoed that science alone will be the guiding principle in vaccine development and distribution.

"There will be no shortcuts. This vaccine will be safe, it will be effective or it won't get moved along," he said.

The race to produce a vaccine against the virus, dubbed Operation Warp Speed by the president, is part of the administration's response to the unprecedented global pandemic. Since March, U.S. operations have been severely stunted through hundreds of thousands of deaths, a clogged national health care system and the shuttering of thousands of small businesses.

While the Centers for Disease Control and Prevention has released guidance for states to be prepared to distribute a vaccine to high-risk groups by as soon as late October, Trump's advisers have warned that the likelihood of a safe, effective vaccine within just a few weeks is "extremely unlikely."

The development for an effective vaccine against the coronavirus by even the end of the year would mark a watershed moment in medicine as vaccines typically take several years, if not decades, to succeed.