Accessibility links
7 Dead In 'Major' California Marijuana Grow With Signs Of Organized Crime Deputies responded to a call of shots fired Monday morning in the remote mountain area of Aguanga. They found multiple bodies with gunshot wounds and more than 1,000 pounds of processed marijuana. 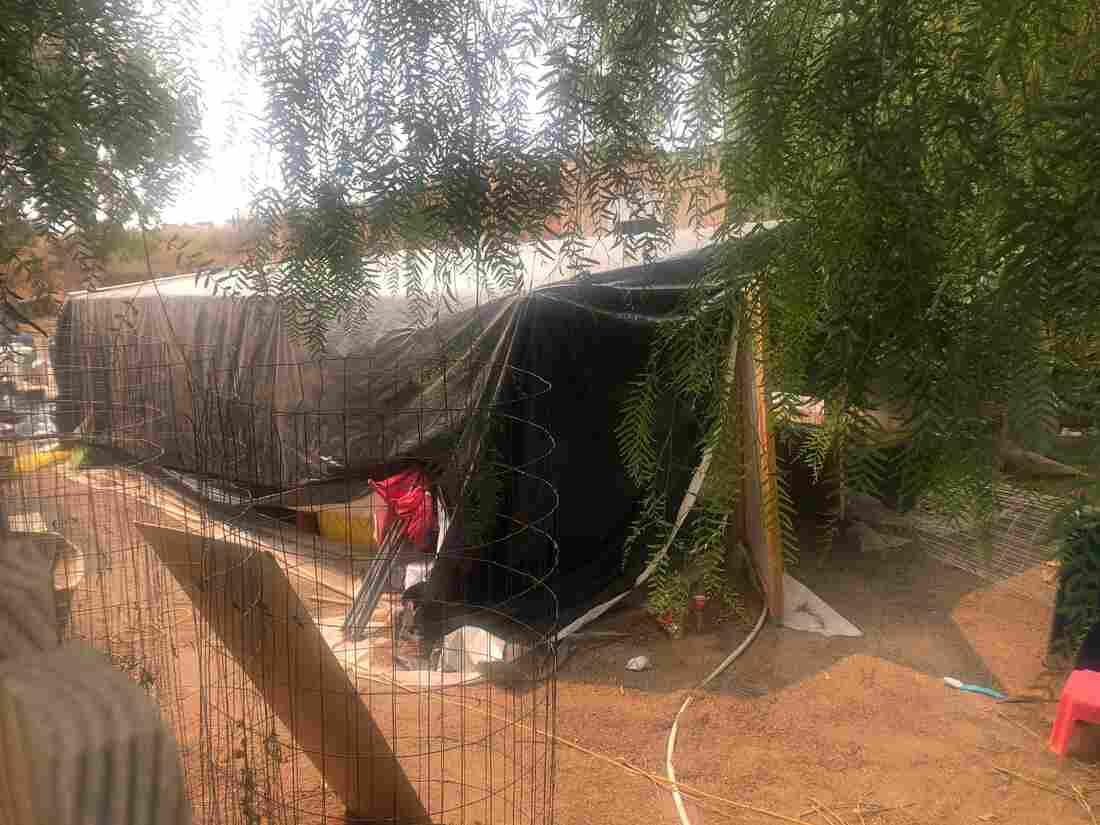 What appears to be a makeshift greenhouse is seen behind a home where killings occurred in Aguanga, Calif. Several people were found fatally shot at the illegal marijuana growing operation. Elliot Spagat/AP hide caption 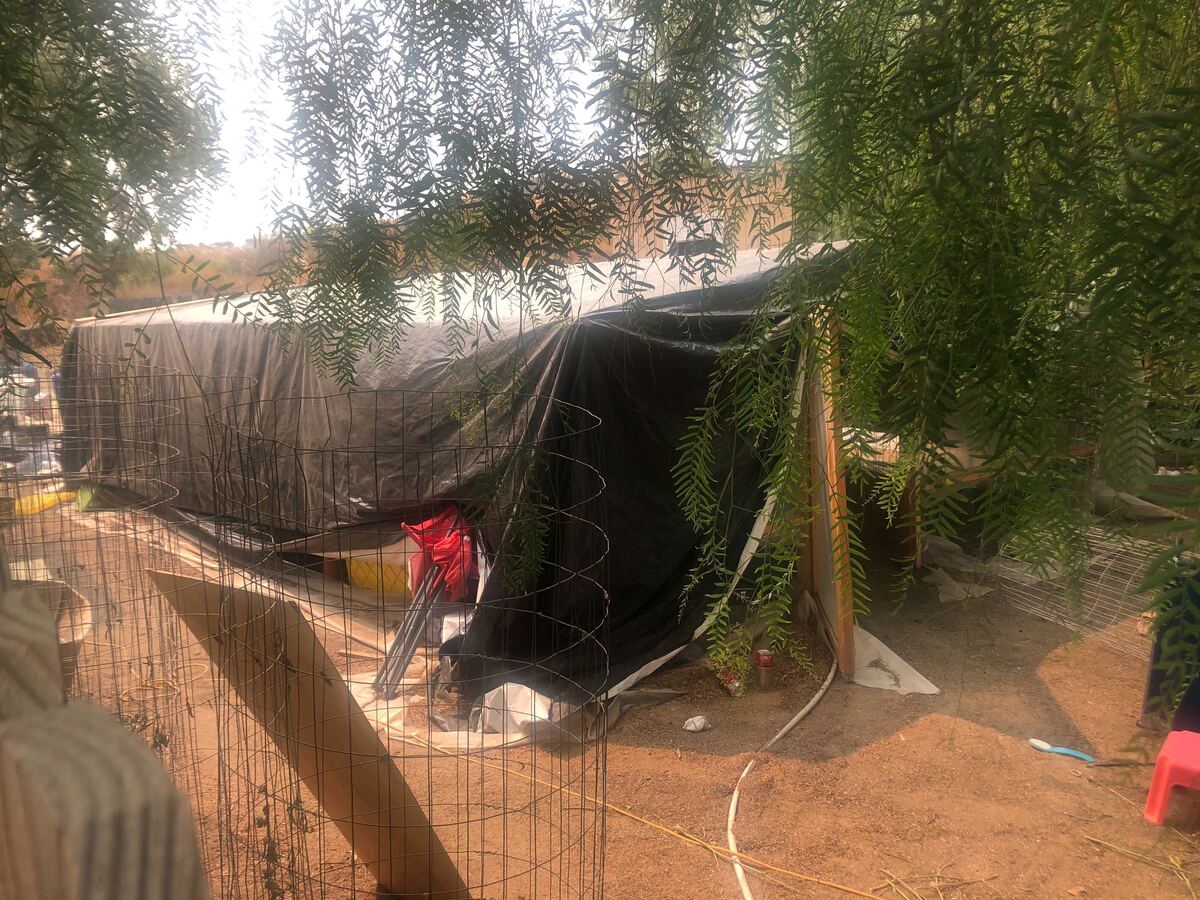 What appears to be a makeshift greenhouse is seen behind a home where killings occurred in Aguanga, Calif. Several people were found fatally shot at the illegal marijuana growing operation.

Seven people were killed in a shooting at an illegal marijuana-growing operation in Southern California that local authorities say bears the hallmarks of organized crime.

Riverside County sheriff's deputies responded to a 911 call Monday morning about an assault with a deadly weapon and shots fired. When they arrived at the large property in the remote mountain area of Aguanga, they found six people dead of gunshot wounds. A seventh person later died at a local hospital.

Everyone on site — both the victims and potential witnesses — was Laotian, Sheriff Chad Bianco told reporters on Tuesday.

More than 20 people lived on the property, which had multiple buildings. The Associated Press described the site where the shootings occurred as a "dilapidated two-bedroom house" with three cars parked outside. A black tarp stretched over poles in the fenced backyard indicated a growing operation, according to the news service.

When deputies arrived, they found hundreds of marijuana plants as well as more than 1,000 pounds of processed marijuana with a street value of anywhere from $1 million to more than $5 million, according to Bianco. Deputies also found equipment used to make hash oil.

"This was not just a 'they happen to be growing marijuana' " situation, Bianco said. This was a "major organized-crime-type operation."

"Marijuana is not a victimless crime," the sheriff added. "These illegal operations are extremely dangerous." Monday's 911 call was the eighth call about a marijuana-related homicide that the Riverside County Sheriff's office has responded to this year, Bianco said, with a total of 14 people dead.

Multiple vehicles at the property were registered to several different states, so local law enforcement has reached out to federal investigators for help with the investigation.

Local authorities are working to identify suspects in the shootings and have asked that anyone with information to fill out their online tip form.

Retail sales of recreational marijuana became legal in California in 2018, and that legal market is strictly regulated by the state. The illegal market, meanwhile, is flourishing. In November, California authorities announced they had seized more than $1.5 billion worth of illegal marijuana from 345 grow sites in fiscal year 2019.

In February, deputies seized almost 10,000 plants and 411 pounds of processed marijuana, as well as firearms, in the Aguanga area.

Bianco said his office would likely step up enforcement against illegal marijuana cultivation sites. And he noted that while the site where the bodies were found was in a remote area, illegal growing operations are also cropping up in residential areas.

"Imagine if this would have been in one of our populated cities, with children right next door," Bianco said.