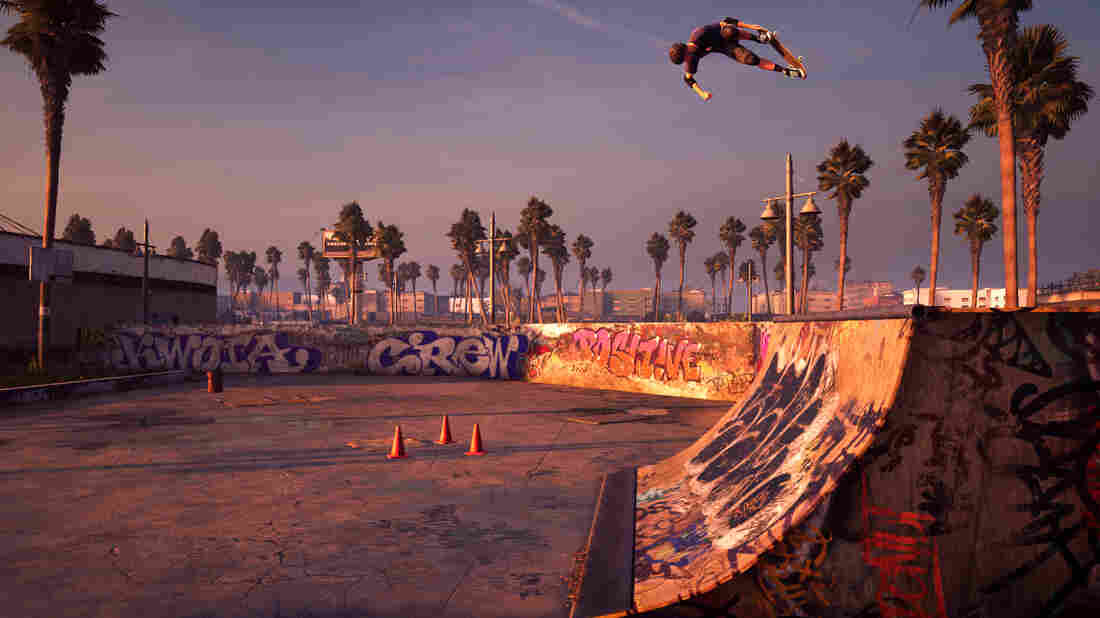 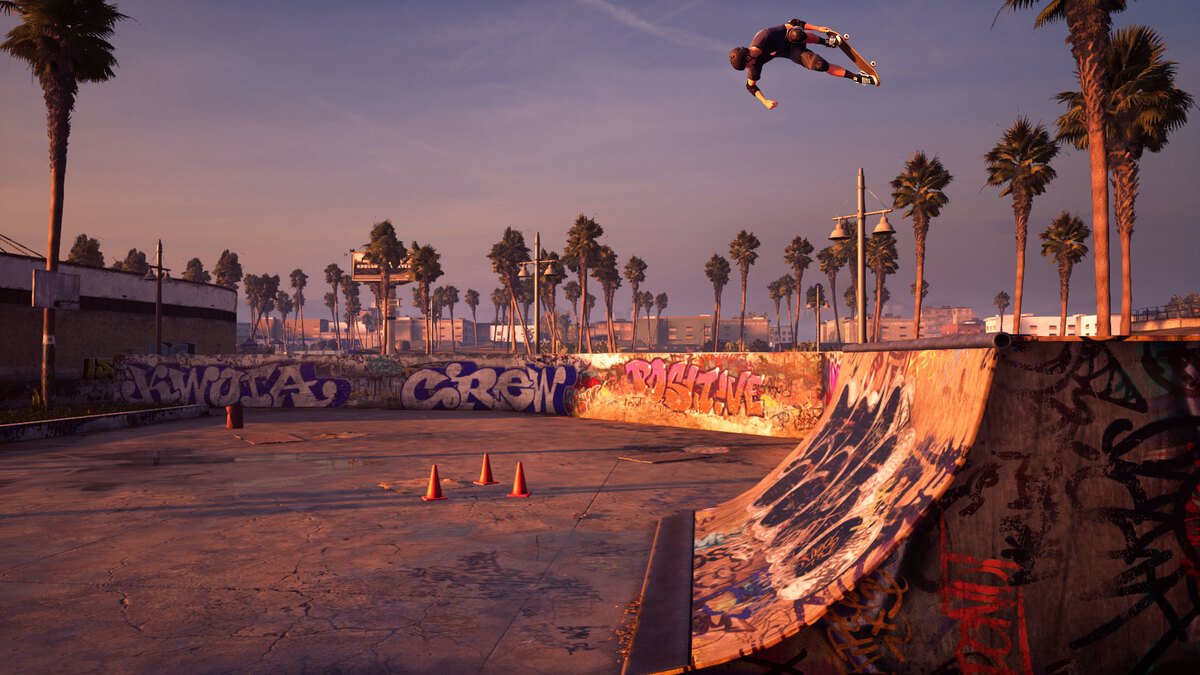 One of my favorite maps in Tony Hawk's Pro Skater 2 is Venice Beach.

When I was a kid, I would skate around the prettiest parts of the map, near the sand, hopping up onto a low wall and grinding across it, sticking the landing and zooming off to ride up a halfpipe. There were a lot of crashing waves, seagulls, and Papa Roach playing in the background.

The release of the original Pro Skater games brought skateboarding to a wider audience, and I was that wider audience. I could never skate in the real world because I'm a klutz, but I could at least get a feel for how awesome it was by landing cool tricks in Tony Hawk's digital world. Anytime I saw a kid skateboarding in a parking lot, I immediately thought of him.

Those games, released in 1999 and 2000 for the first-generation PlayStation, haven't aged well. Like other games from that era, the blocky, flatly-colored environment of the original Venice level lacks any true detail or realism — so I haven't revisited it much.

But developer Vicarious Visions and publisher Activision have just released a remastered version that condenses both Pro Skater 1 and 2 into a single game with modern graphics, bringing it up to speed for today's gamers.

My old favorite Venice is laid out the same, but everything has a completely new, shinier look. When you skate up to a high area, the palm trees stretch out as far as the eye can see, leading to a huge mountain in the horizon. It's the same game, but so much better, and it makes exploring the map way more rewarding.

For me, the magic of the game is multiplayer, which lets you face off against friends in competitions to see who can land the most complex tricks. But my absolute favorite thing to do with friends is mess around in Free Skate mode, where you can explore the maps and practice without any time limit.

When I was a kid, I would sit next to my friend in his living room for hours playing Free Skate mode, listen to the amazing soundtrack, and showing off cool jumps, spins, and secret spots around the map. It takes some practice to be good, just like in real life, and that makes it even more satisfying when you finally land an intricate trick after trying dozens of times.

Playing multiplayer with my boyfriend, going absolutely nuts when one of us landed a complex combo worth tens of thousands of points, sent me right back to those childhood afternoons.

If you played the original games a lot, you'll feel right at home with the remake. The controls are slightly different because new mechanics have been added from later titles, but if you haven't touched a Pro Skater game since 2000, you'll still be able to play. It took me a little while to get used to the game again, but my boyfriend picked up the controller and got a high score on his first try, as if no time had passed from his glory days years ago.

What hasn't changed are the settings. You're still skating around places like New York City and Malibu, and empty warehouses and malls. You unlock new maps by achieving different goals — in the originals, players collected things like tapes, floating fire hydrants, and the letters "SKATE" — those things remain the same.

Music was a huge part of Pro Skater for me. It's where I first heard of a lot of bands I like today: Papa Roach, Rage Against the Machine, and Dead Kennedys. Songs from the original soundtrack are still there, but now alongside 37 new tracks that fully fit into the game, from artists like Machine Gun Kelly, Sublime, and Billy Talent. 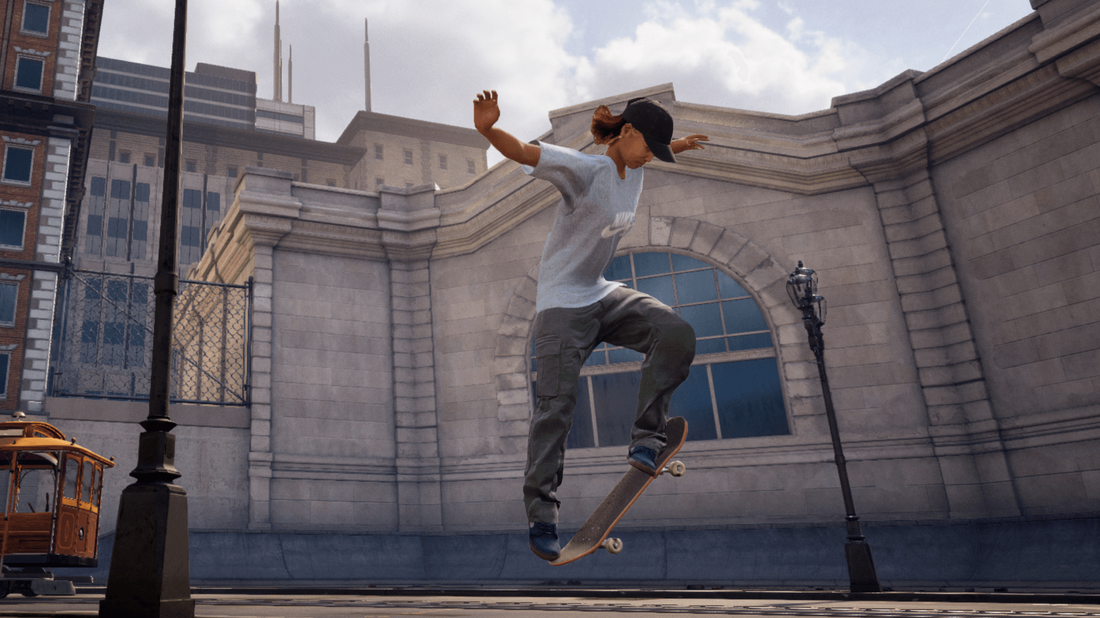 Japanese Olympian Aori Nishimura is one of the new playable characters in Pro Skater 1+2. Courtesy of Activision hide caption 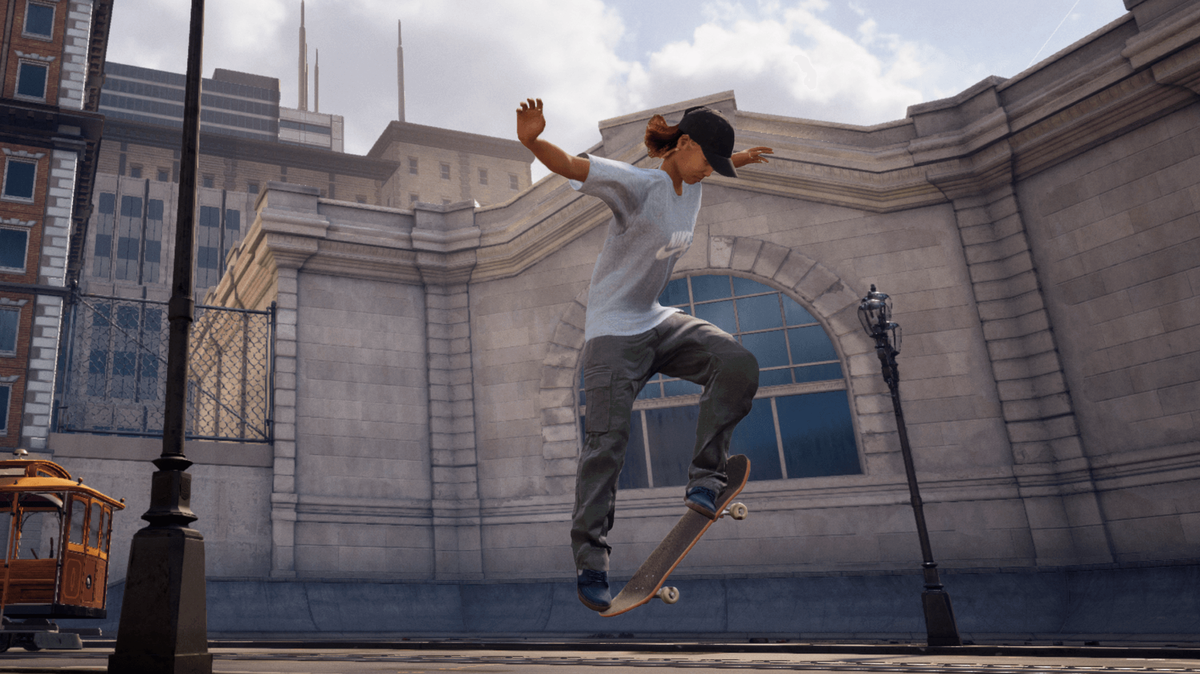 Japanese Olympian Aori Nishimura is one of the new playable characters in Pro Skater 1+2.

The developers applied that same philosophy to the lineup of playable pro skaters, keeping the originals while making sure to bring in a diverse group of today's pros, including Leo Baker, Nyjah Huston, Tyshawn Jones, Aori Nishimura, and Shane O'Neill.

And there's a welcome addition in the form of challenges. Money isn't lying around the map like it did in the originals, instead, you're tasked to complete a specific goal in exchange for in-game currency that you can spend on cosmetics and clothes for your character. You can also build your own skate parks and share them with other players over the internet, which was a feature introduced in 2015's Pro Skater 5 — I'm really excited to see artistically-minded players take that feature and run with it.

Tony Hawk's Pro Skater 1+2 strikes an amazing balance between old and new content. This isn't just a high-def clone of a beloved old game — I feel like I'm playing the same game from my childhood, with all the warm fuzzies of nostalgia and all the best parts of the later games. I don't think the old games ever fully lost their magic, but the remake makes them really shine.