Accessibility links
Indoor Dining Returns To NYC But Restaurants Face Uncertain Fall And Winter The city's restaurants and bars, which have been operating outdoors all summer, will reopen to indoor dining on Sept. 30 at 25% capacity. But many owners worry that might not be enough to profit. 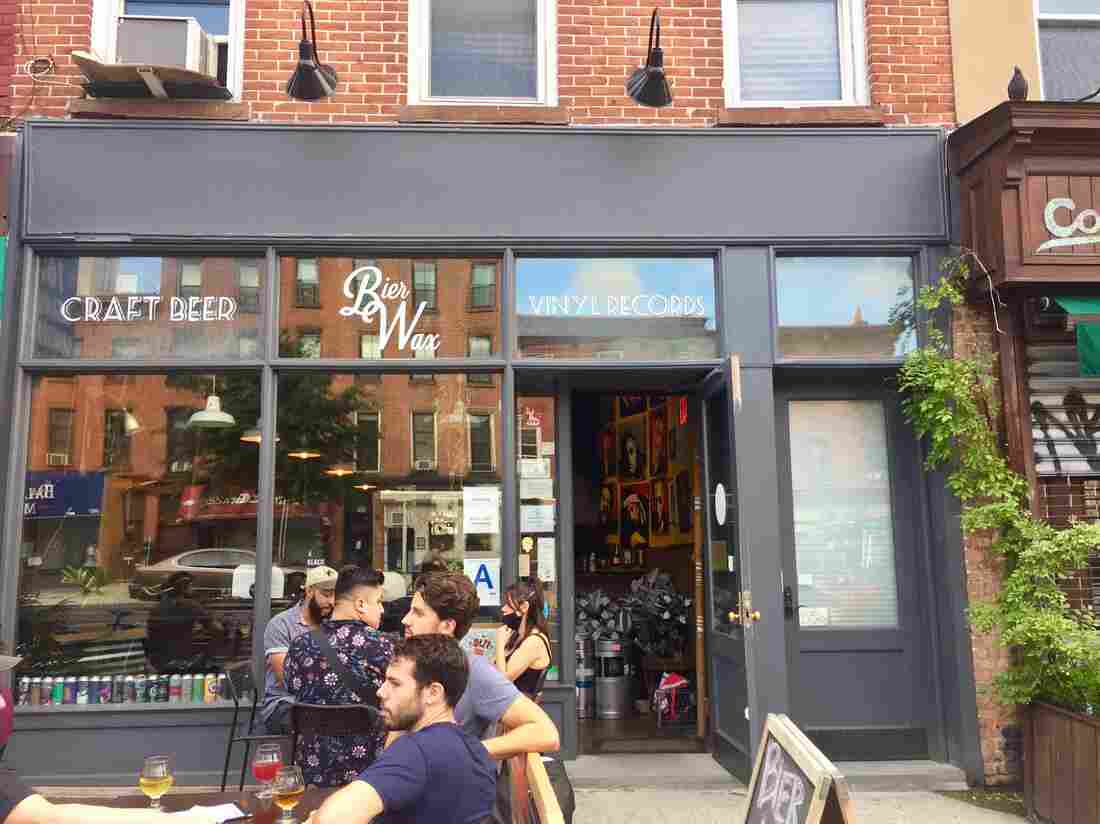 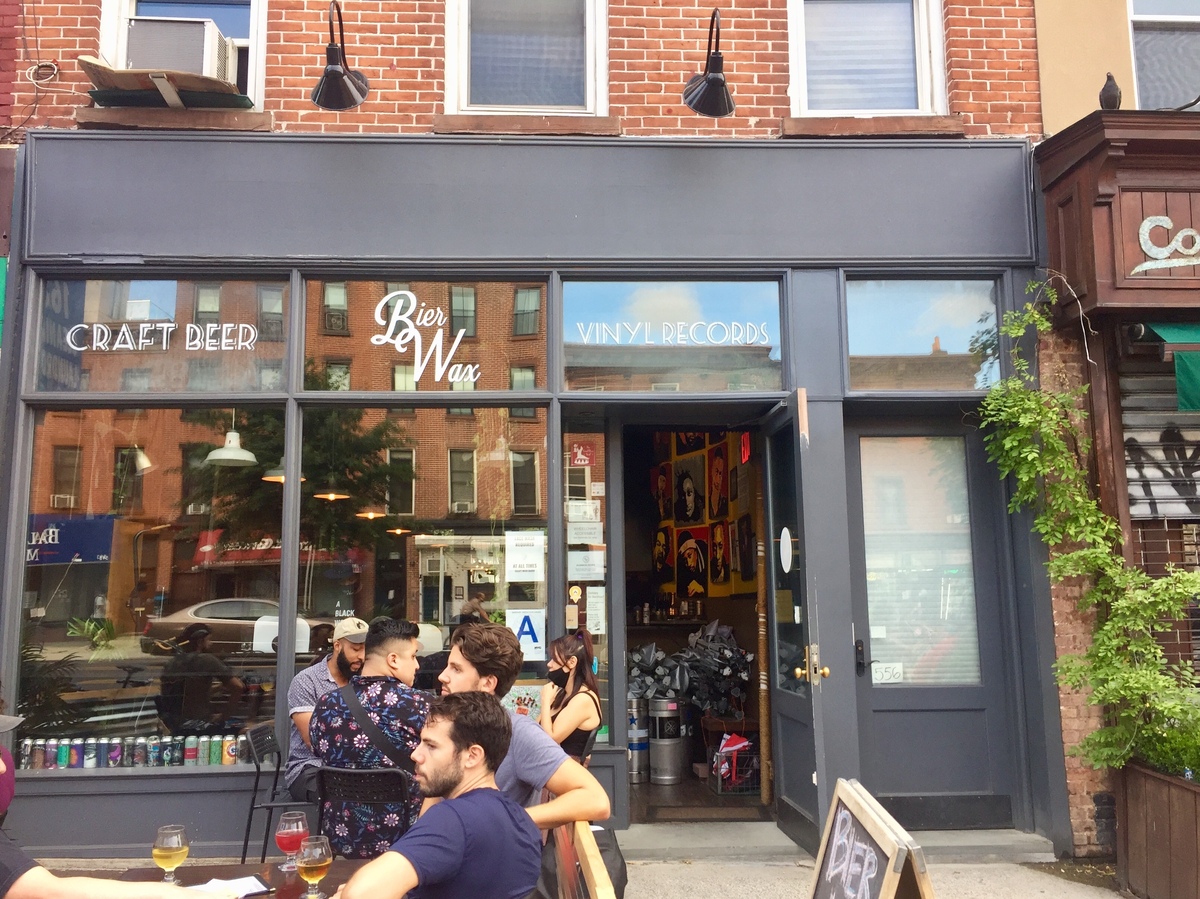 Sidewalk seating has helped boost the sales numbers at Bierwax, a beer and vinyl record bar in Brooklyn, to pre-COVID sales numbers.

"Pre-COVID sales numbers and probably the best sales weekend in maybe over like a year and half," he said.

Maestro owns BierWax, a beer and vinyl record bar in Prospect Heights, Brooklyn. He says sales numbers started increasing in June once he could open seating in his backyard and on the sidewalk but really climbed in August once Vanderbilt Avenue, the street his bar is on, became an "Open Street" — meaning it is closed to car traffic on weekends. That has allowed him to add even more outdoor tables during peak times. Both sidewalk seating and the Open Streets program end on Oct. 31.

But New York City's restaurants and bars, which have been operating outdoors all summer, will be able to reopen indoor dining on Sept. 30 at 25% capacity, according to an announcement from New York Gov. Andrew Cuomo Wednesday. The start of indoor dining, however, doesn't mean the end of uncertainty for bars and restaurants.

Maestro, for instance, says indoor dining is not a game changer for him, because he calculates he could fit 15 people at most inside, compared to sometimes up to 62 people outside. Figuring out how to seat people 6 ft apart at 25% capacity in his narrow, 950 square foot bar is like putting together a jigsaw puzzle — and it's unclear whether he would even be allowed to seat people at the bar itself. One of Gov. Cuomo's rules on a bulleted list for indoor dining was "no bar service."

Maestro says no matter how he puts together the indoor dining jigsaw puzzle, it won't make up for the loss of outdoor dining capacity. He anticipates the loss of outdoor dining could cut the bar's revenue about $4,000 each weekend and potentially $15,000 each month. That's why he's looking into how much it would cost to keep outdoor dining operating in winter through heat lamps. He's been pricing out the cost of buying heat lamps and keeping them running through propane deliveries and refills. He says it may be costly but worth the investment if it maintains at least part of his outdoor seating capacity through winter. 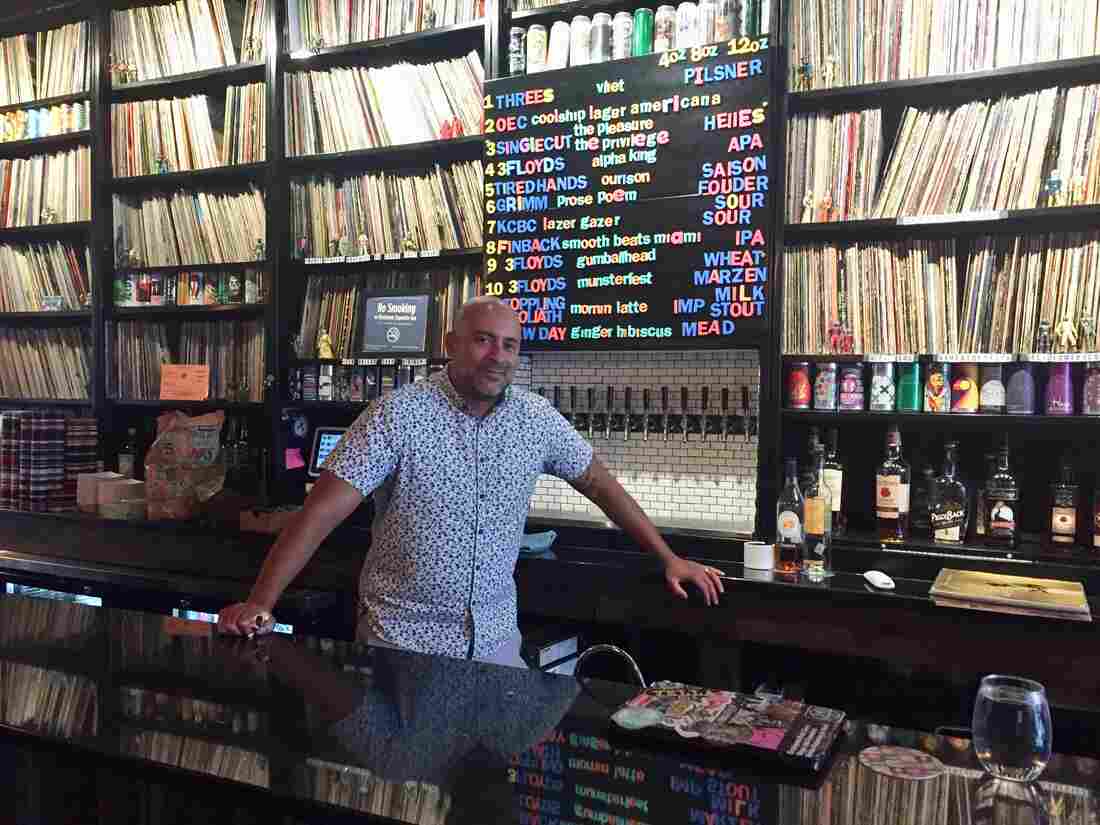 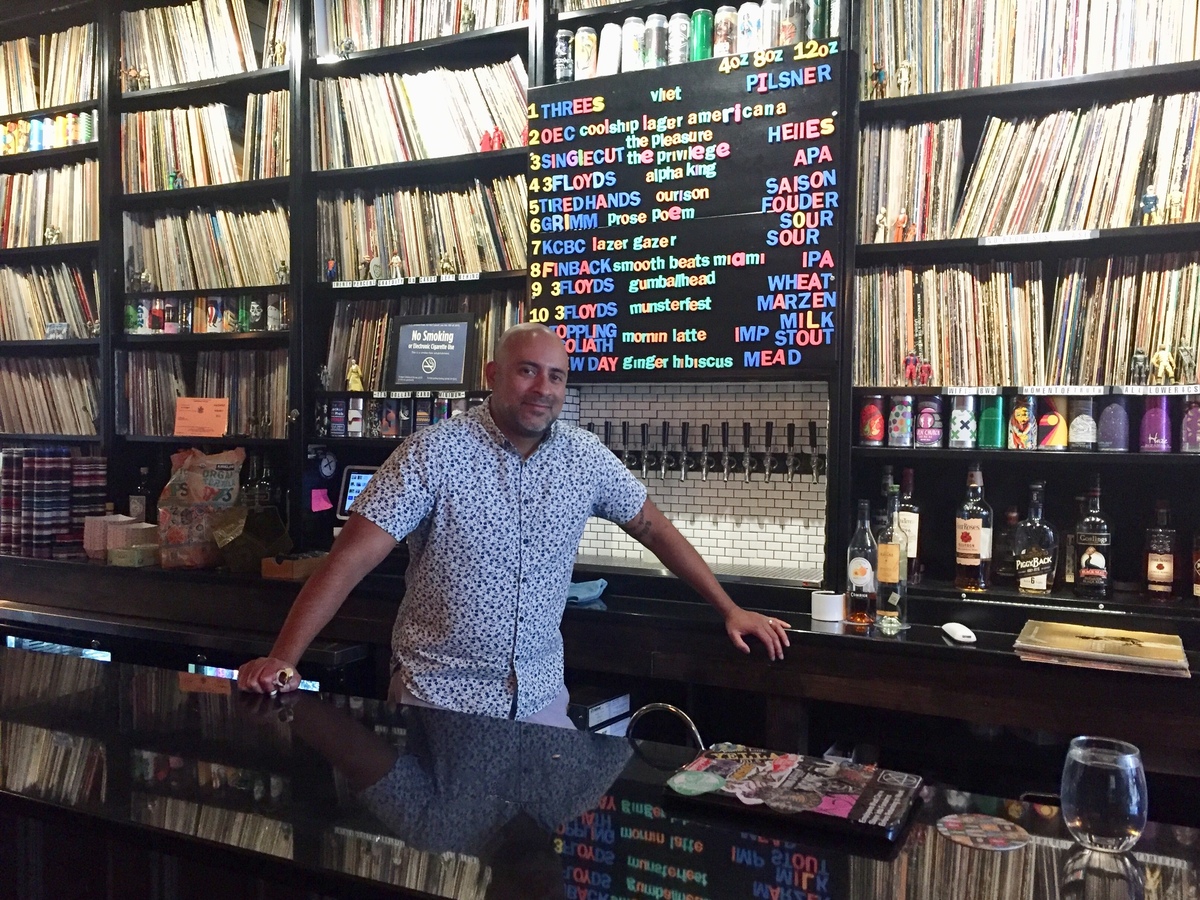 Chris Maestro, the owner of BierWax, stands behind the bar.

In BierWax's backyard, Chinisha Scott, 34, was drinking a bourbon lemonade on Labor Day. She trusts Bierwax would do indoor dining safely but is still hesitant about it in general.

"I don't trust other people enough to feel safe doing that. The fact that we're in September still having this conversation is proof positive that I don't think people are prepared to be conscientious enough and take care of each other," Scott says.

Scott is more open to the idea of winter outdoor dining.

"If we had some hot toddies and heat lamps, and a good sweater. I can see myself in the backyard hanging out."

Maestro, BierWax's owner says all the planning — for what indoor dining could look like, what outdoor in cold weather could look like — is like boxing. Weaving side to side, up and down to avoid getting knocked out.

"You have to really look at all angles and all directions," he says.

In Harlem, Karl Franz Williams is also looking at every angle. He says the summer is ending the way it started — with a lot of uncertainty for his bar 67 Orange Street.

"And it's a longer period of time. This happened in March... and we knew we were going through the summer," Williams says. "Now it's six months where the temperature is going to be unstable." 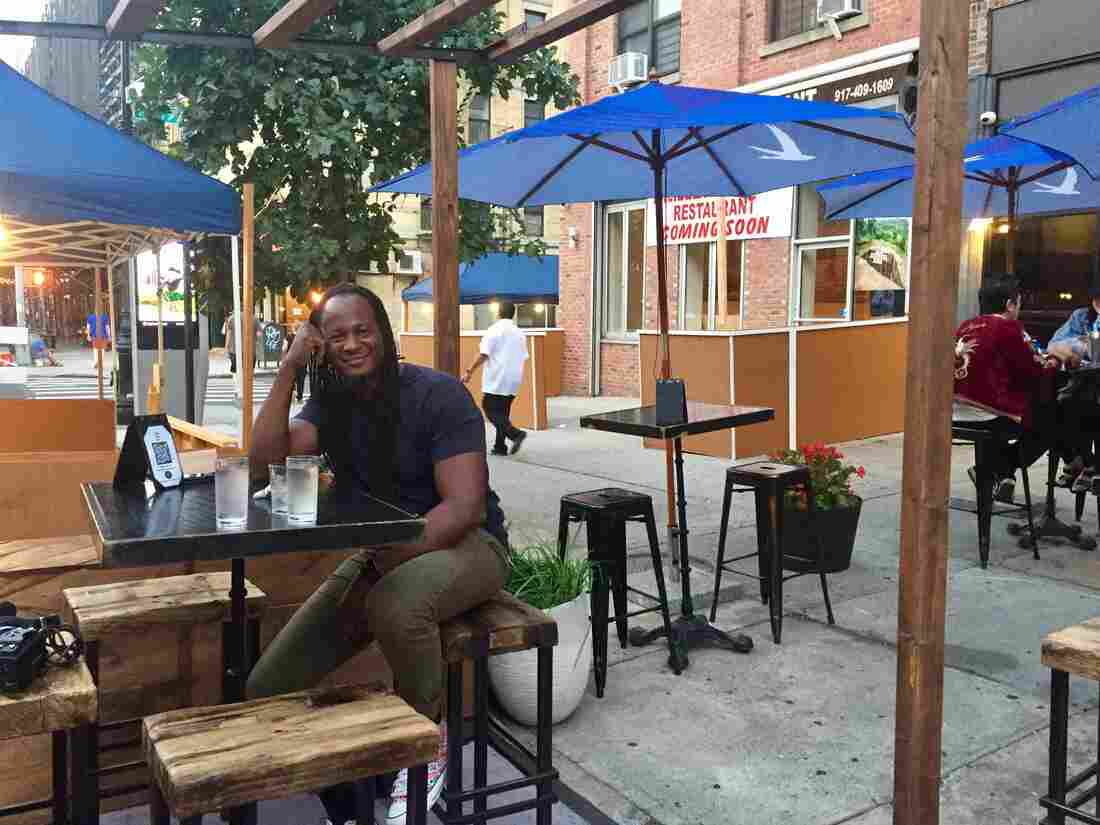 Karl Franz Williams, the owner of the Harlem bar 67 Orange Street, sits at one of his outdoor tables. Camille Petersen/NPR hide caption 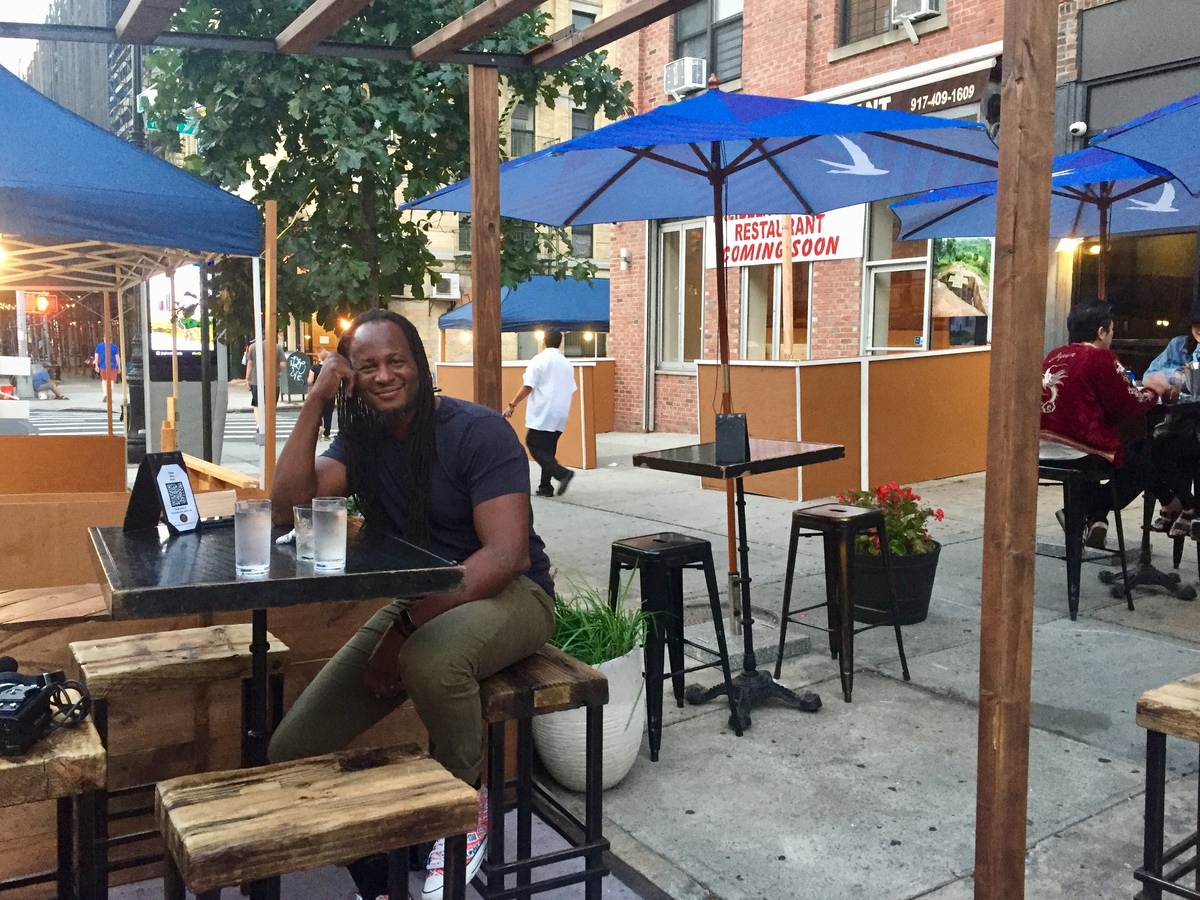 Karl Franz Williams, the owner of the Harlem bar 67 Orange Street, sits at one of his outdoor tables.

Williams says he'll be able to fit at most 10 or 12 seats inside with the new rules, compared to the 20 he can fit outside. He imagines that, just like with outdoor dining, indoor dining will come with a changing set of rules. But he feels more prepared for the shifting rules this time.

Williams is trying to take all the shifting pieces of what he can do and when he can do it — and cobble them together to stay open.

Tracy Hadden Loh, a fellow at the Brookings Institution, has been researching the effects of the coronavirus pandemic on the restaurant industry. She says all this cobbling together is the future for the city's restaurants, even with indoor dining.

"Restaurants can't just turn on a dime and change everything. And then do it again in two months when conditions are different again," Loh says.

Instead, they have to play multi-dimensional chess. Make moves that work in many scenarios. Under many different rules. Be careful and flexible.