Accessibility links
Hangover From Alcohol Boom Could Last Long After Pandemic Ends Americans are drinking far more during the COVID-19 pandemic. A beer in the evening can feel like a taste of normal life, but health experts worry about alcohol's deadly side effects. 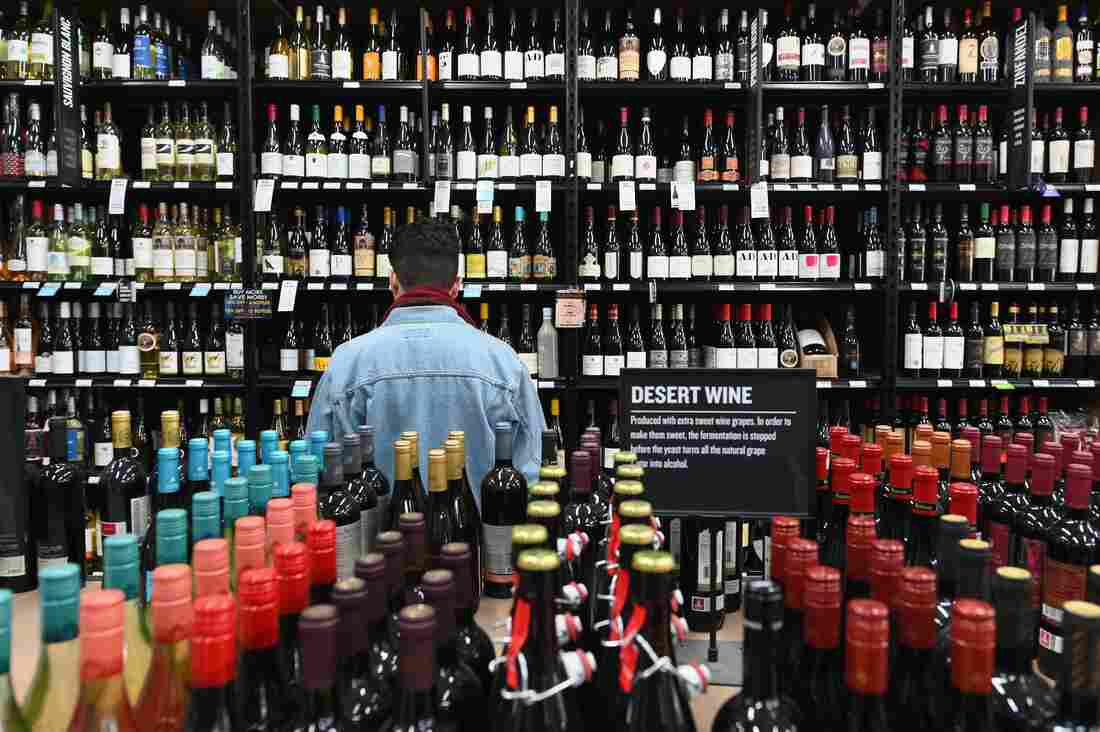 A patron stands in front of a shelf full of wine bottles at a liquor story in the Brooklyn borough of New York City on March 20. Angela Weiss/AFP via Getty Images hide caption 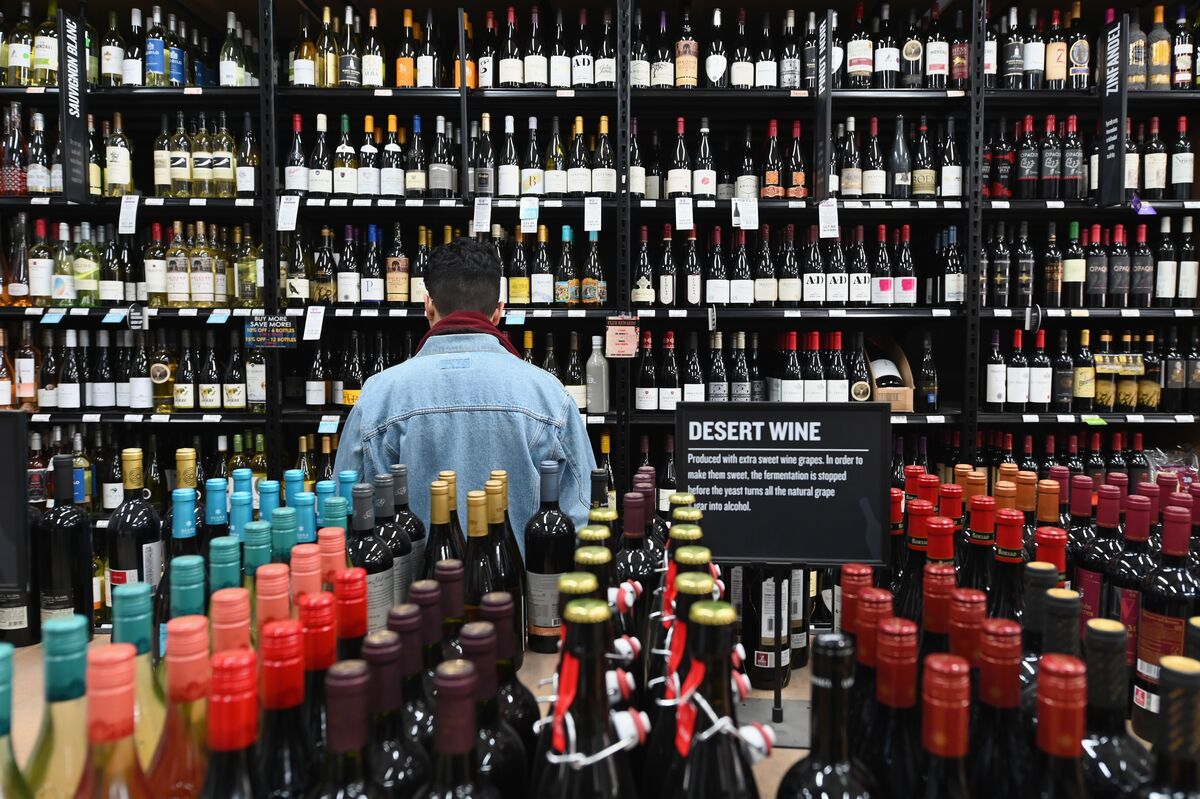 A patron stands in front of a shelf full of wine bottles at a liquor story in the Brooklyn borough of New York City on March 20.

When the coronavirus swept the country, a lot of things government did in response were controversial. Politicians fought over mask-wearing rules and quarantine restrictions.

"The State Liquor Authority is going to change its rules that will allow bars, restaurants and distilleries to sell their products off-premises," said New York Gov. Andrew Cuomo, a Democrat, in mid-March.

Florida's Republican Gov. Ron DeSantis followed suit in May. "I allowed [bars and restaurants] to deliver alcohol, I think that's been pretty popular, we're probably going to keep that going," he told reporters.

Alcohol sales a bright spot in a troubled economy

It worked. While many bars and clubs faced new restrictions for dine-in customers, a lot of Americans still found ways to have a drink or two with friends. Quarantine cocktail parties became a new thing online.

"You know especially in the early days when lockdowns started getting put in place, we saw a pretty dramatic increase," said Liz Paquette with a company called Drizly that raised $50 million last month to expand operations.

Paquette declined to say how many people use the app to arrange home alcohol deliveries, but said the company has seen a surge in new customers. "As we stand today, we're up around 350%" in sales over the same time last year, Paquette told NPR.

According to Nielsen's market data, total alcohol sales outside of bars and restaurants have surged roughly 24% during the pandemic.

They found sales of spirits with higher alcohol content rose even faster, a more than 27% increase over last year.

It has been an economic lifeline for many businesses, but health care experts caution there could be serious consequences for millions of Americans that linger long after COVID-19 has passed.

"I get worried when people think about alcohol as a tool to unwind, a tool to cope with stress and anxiety," said Dr. Lorenzo Leggio, a researcher with the National Institute on Alcohol Abuse and Alcoholism.

Leggio told NPR that for societal reasons, alcohol feels less risky than other drugs — including opioids, meth and cocaine — that have also seen a surge in use during the pandemic.

For many people, a cocktail or a beer in the evening can be a normal and comforting part of their social lives.

But alcohol-related illnesses kill more than 88,000 Americans each year, according to the NIAAA. That's more than all drug overdose deaths combined.

Leggio worries that long after the pandemic passes, people will struggle with patterns of excessive drinking and addiction that start now while they're isolating at home.

"We know from previous traumatic events, Katrina and 9/11, people who survived some of them developed alcohol use disorder relating to the increase in stress," he said.

Warning signs include a strong urge or need to drink or drinking more than you planned. Then it may be time to talk to your doctor. 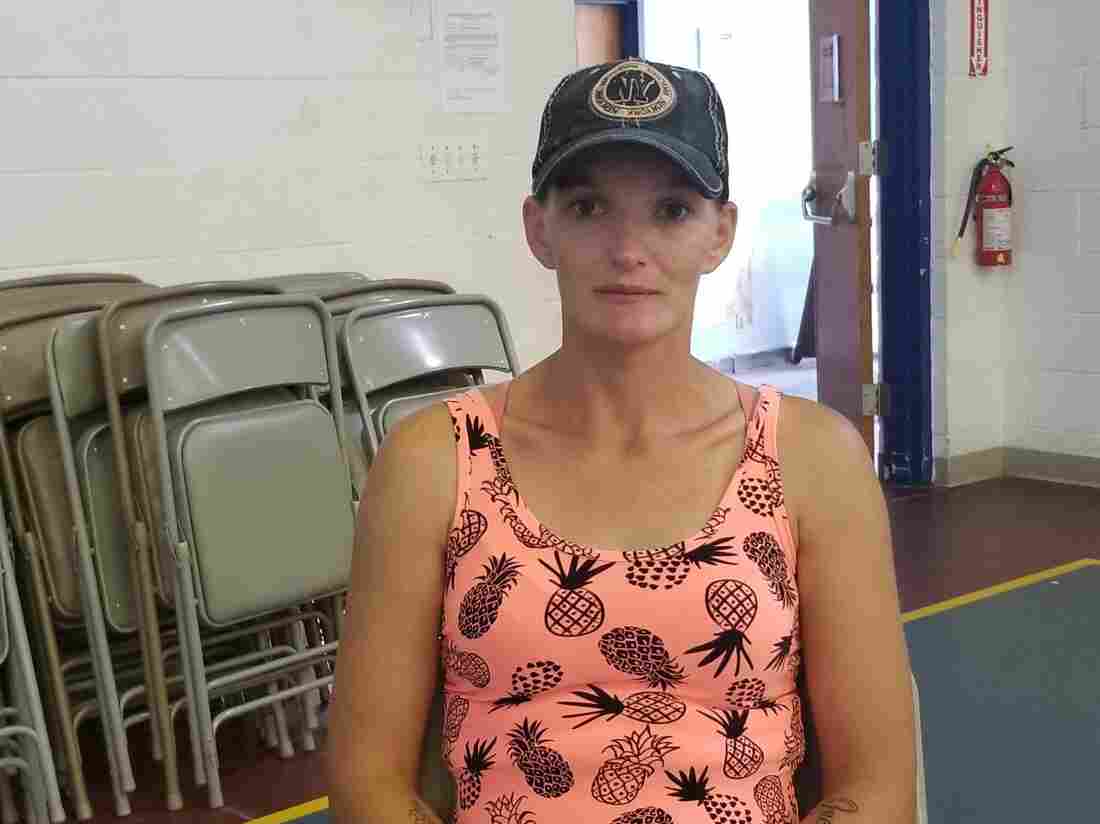 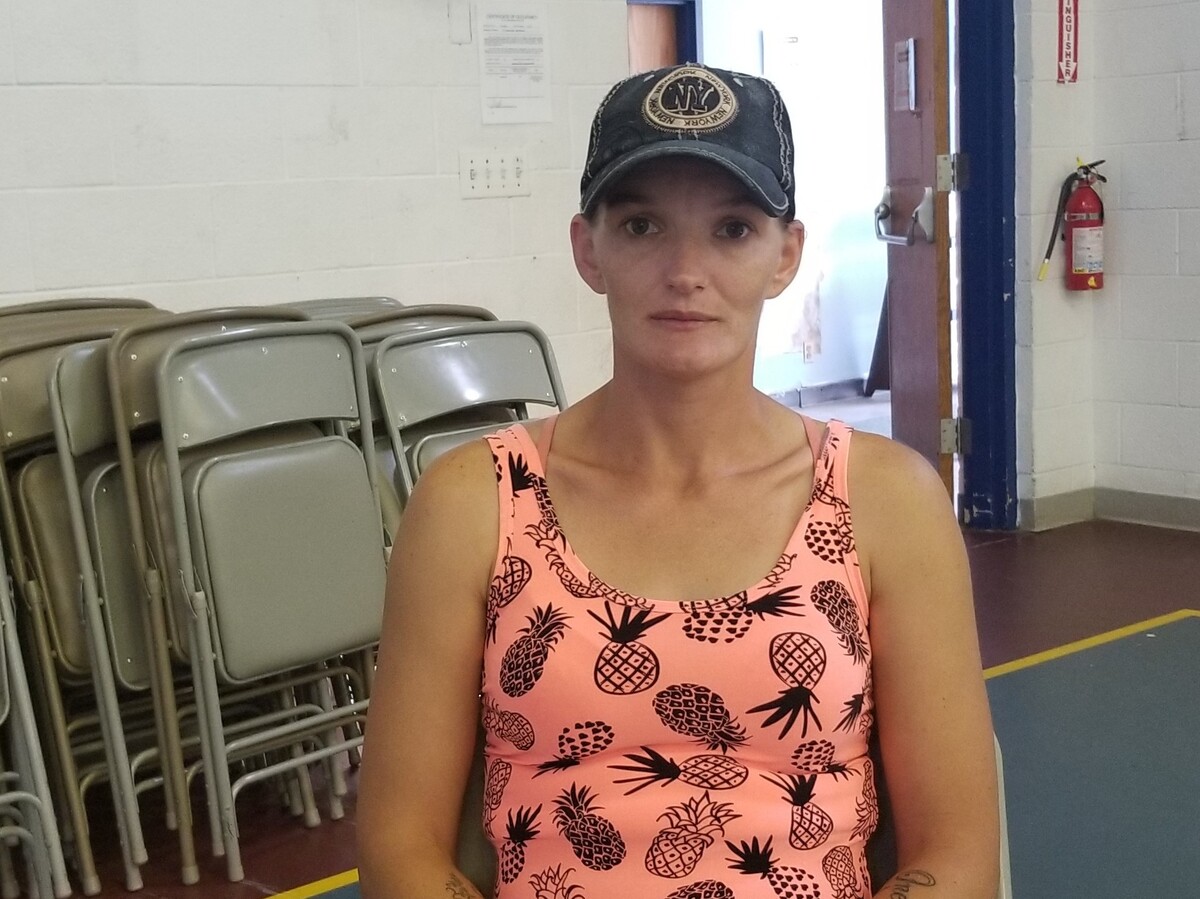 Elizabeth Marshall says she relapsed and began using alcohol while isolating during the pandemic.

Millions of Americans at higher risk

Most at risk are the roughly 15 million Americans estimated by the federal government to already suffer from alcohol use disorder.

"I relapsed during the pandemic. I picked up that first drink and I was scared," said Elizabeth Marshall, who is in recovery in Ogdensburg, N.Y.

"It drove my depression, like, skyrocketed it," Marshall said. "It didn't make sense to me how they could shut down all of the places that are trying to help and keeping going with all the alcohol sales."

The surge of drinking during the pandemic comes at a time when Americans are already consuming more alcohol, a roughly 20% increase that began in the 1990s.

The NIAAA's Leggio says these two trends could leave more Americans vulnerable to the coronavirus.

The World Health Organization issued a similar warning this spring, urging governments to reconsider making alcohol widely available during the pandemic and to instead step up counseling and treatment opportunities.

"During the COVID-19 pandemic, we should really ask ourselves what risks we are taking in leaving people under lockdown in their homes with [alcohol]," said Carina Ferreira-Borges with the WHO's Alcohol and Illicit Drugs Programme in a statement.