Accessibility links
The Crossroads of Jazz, Pop, Hip-Hop, and R&B Here is the third of three stories highlighting a cross-section of some of the incredible bassists to have come out of Philly. 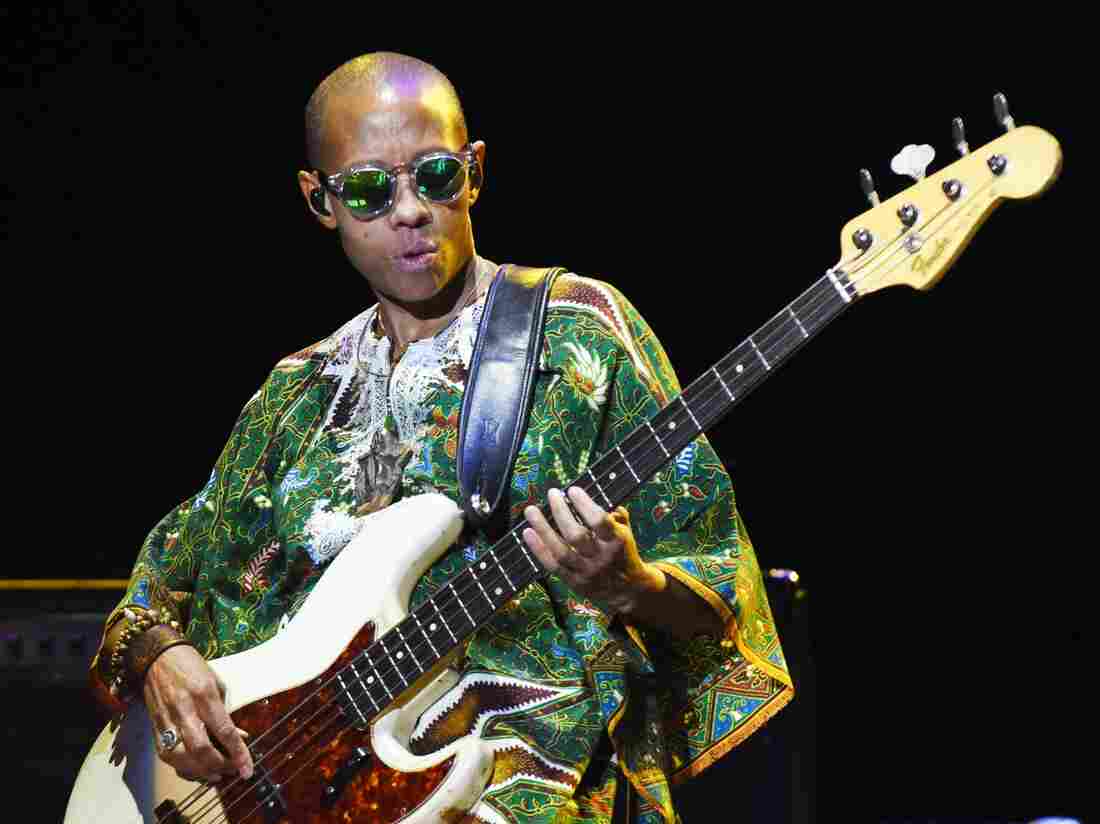 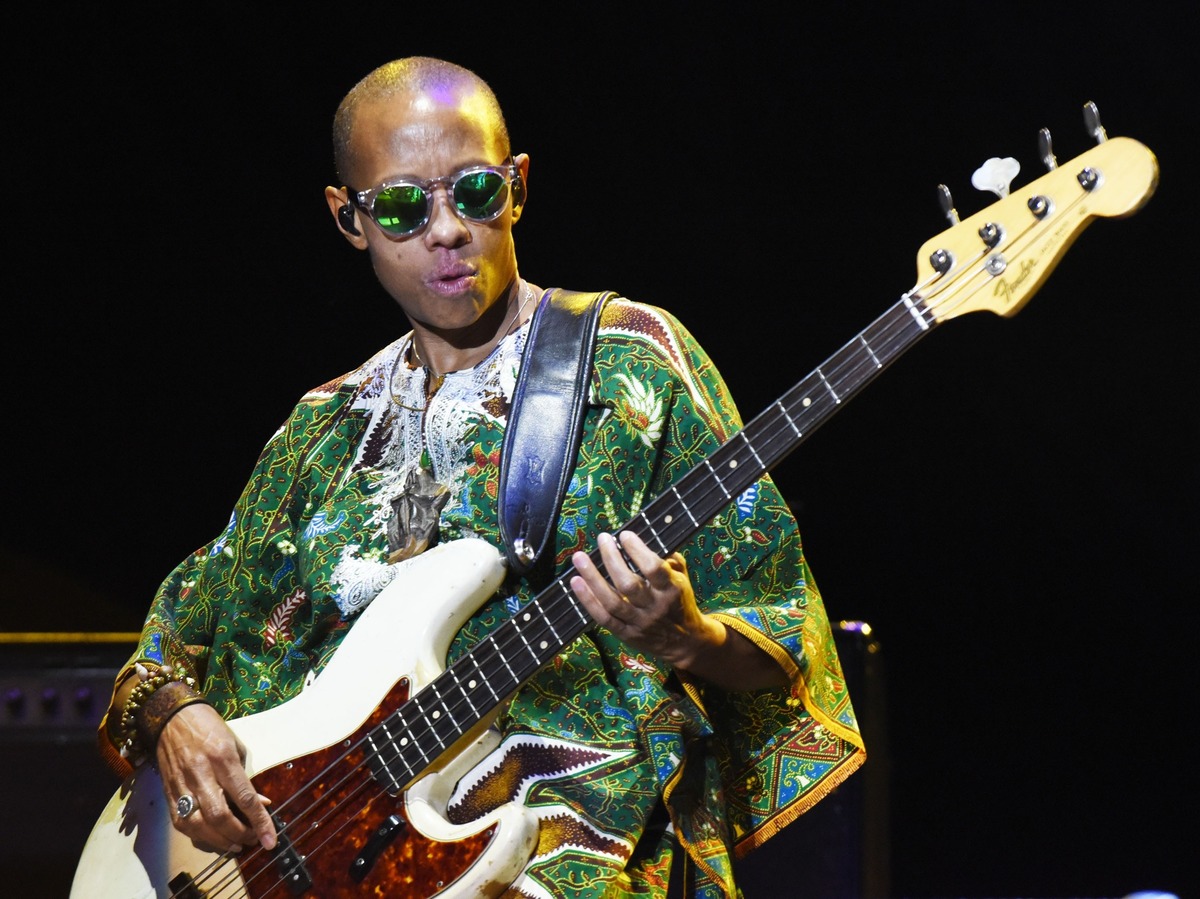 A London native transplanted into the heart of the Philly scene, Tidd's myriad contributions come as instrumentalist, producer, educator and curator of some of the best cutting-edge jazz programming in the city.

As an internationally touring bassist, he's shared stages with jazz artists like Vijay Iyer and Ravi Coltrane, and worked with alto saxophonist Steve Coleman as a member of his Five Elements. But he's appeared nearly as often with hip-hop and R&B icons like The Roots, Jill Scott and Common.

"What I do is creative music," Tidd has said, not finding it necessary to label things beyond that. "The masters of Black creative music have inspired me."

As the Artistic Director of the Creative Jazz Institute, Tidd nurtures an important collaboration between Philly's University of the Arts and the city's Kimmel Center, literally setting the stage for a summer program for young musicians. Expect some of these youngsters to soon graduate to the Sittin' In series, the Tidd-curated, genre-defying jam session at the Kimmel Center for new and emerging artists.

Can't see the video above? Click here to watch Anthony Tidd & the Sittin' In All Stars play Ursula Rucker's "L.O.V.E.".

Best known simply as Hub, Hubbard was The Roots' bass player from 1992 to 2007; he left the crew after being diagnosed with cancer. Prior to his departure, Hubbard had played on every The Roots album, taking part in timeless recordings like Illadelph Halflife (1996), Things Fall Apart (1999), and the double live album The Roots Come Alive (1999). When Fender made a list of the 11 greatest Fender moments in hip-hop, Philly bassists were responsible for two of them. The first was Hub's work on Things Fall Apart's "The Next Movement," and the second was this next guy anchoring a 96-piece orchestra to celebrate the 20th anniversary of Nas's Illmatic.

Yes, Derrick Hodge was center stage, fronted by Nas and backed by the 96-piece National Symphony Orchestra at the Kennedy Center in 2014 to celebrate the 20th anniversary of Ilmmatic, an album that's spurred more hyperbole and impassioned debate in hip-hop circles than just about any other. He's also a product of classical training, with equal facility on the electric and acoustic, and a Blue Note recording artist with three albums as a leader to his name, most recently 2020's Color of Noize.

Perhaps best known as the bassist for that cauldron of amalgamated jazz called the The Robert Glasper Experiment, Hodge has also toured and recorded with cats more associated with the straight-ahead thing like trumpeter Terence Blanchard, the Academy Award nominee and frequent Spike Lee collaborator who's mentored Hodge in composing for film.

Gail Ann Dorsey grew up on 61st St., between Race and Vine, in West Philadelphia. After leaving home to go to college in California in 1980, when she visits now it's usually as part of a major tour rolling through town.

Gwen Stefani, the Indigo Girls, Lenny Kravitz — she's toured with them all. But most meaningful was her nearly two-decade relationship playing and touring with David Bowie.

Originally signed to a six-week contract, Dorsey stayed on with Bowie through his final concerts in 2004 and penultimate recording, 2013's The Next Day. Her now-famous "Under Pressure" duets with Bowie comprised both the pinnacle, and initially, the most terrifying moments of her time with the mega-star. "I said to him, 'There's no way I'm going to be able to sing and play that — are you kidding?'" Dorsey recalled to Rolling Stone in 2016. "He was like, 'I'll give you two weeks.' And then he walked out of the room...."

Forget Alexander Hamilton; it's Christian McBride who's nonstop. There are the six Grammys, dates anchoring symphony orchestras, sessions with Questlove, and, of course, McBride is the host of NPR's Jazz Night in America.

McBride grew up around prodigious talent. His father, the bassist Lee Smith, worked with the stars of Philly Soul, Benny Golson, Odean Pope and organ icon Trudy Pitts. Smith could easily be on this list. McBride's uncle, Howard Cooper, another Philly bassist, played with Sun Ra. He could be on this list. A friend and high school classmate was Joey DeFrancesco, considered the world's best jazz organist. The two phenoms were gigging with pros long before they could drive themselves to the dates.

McBride resides in Montclair, N.J., when he's not relentlessly touring or recording or hosting something, but you know what they say about taking Philly out of the kid...

Headlining the Love From Philly (virtual) music festival back in April, a tribute to the Philly jazz greats lost in the past year — guys like Jimmy Heath and Jymie Merritt and Henry Grimes and Wallace Roney and Bootsie Barnes — McBride echoed the line you hear from nearly every Philly musician who's physically moved elsewhere: "I carry Philly wherever I go."