Accessibility links
Giuliani Distances From Andrii Derkach, Sanctioned As Russian Agent President Trump's lawyer sought to downplay his meeting and contacts with a Ukrainian member of parliament who has been described by the U.S. as attempting to interfere in the 2020 election. 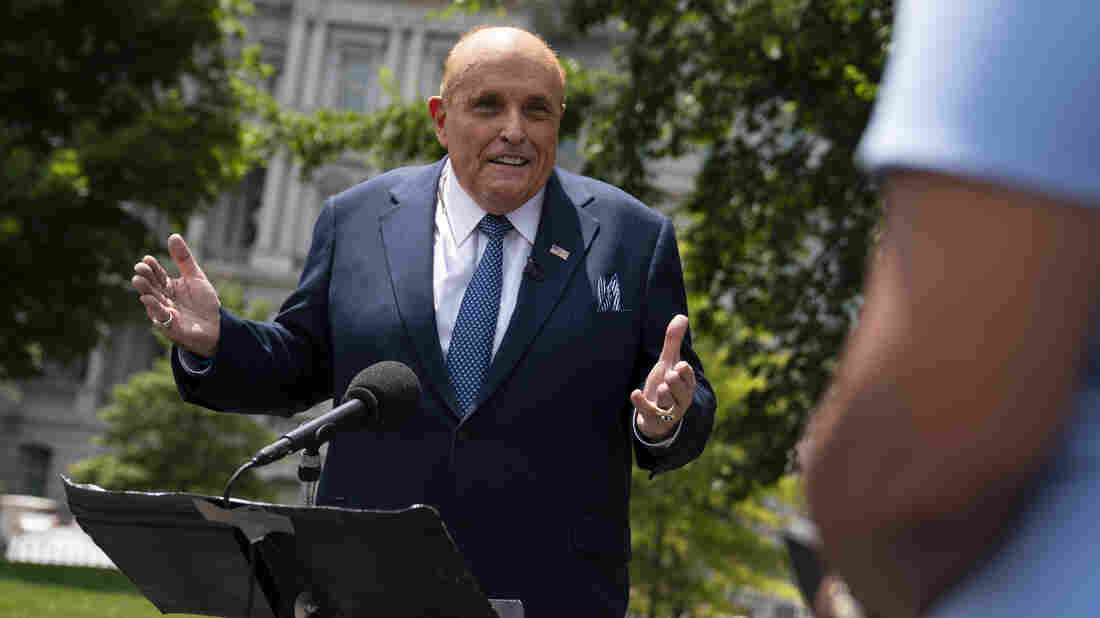 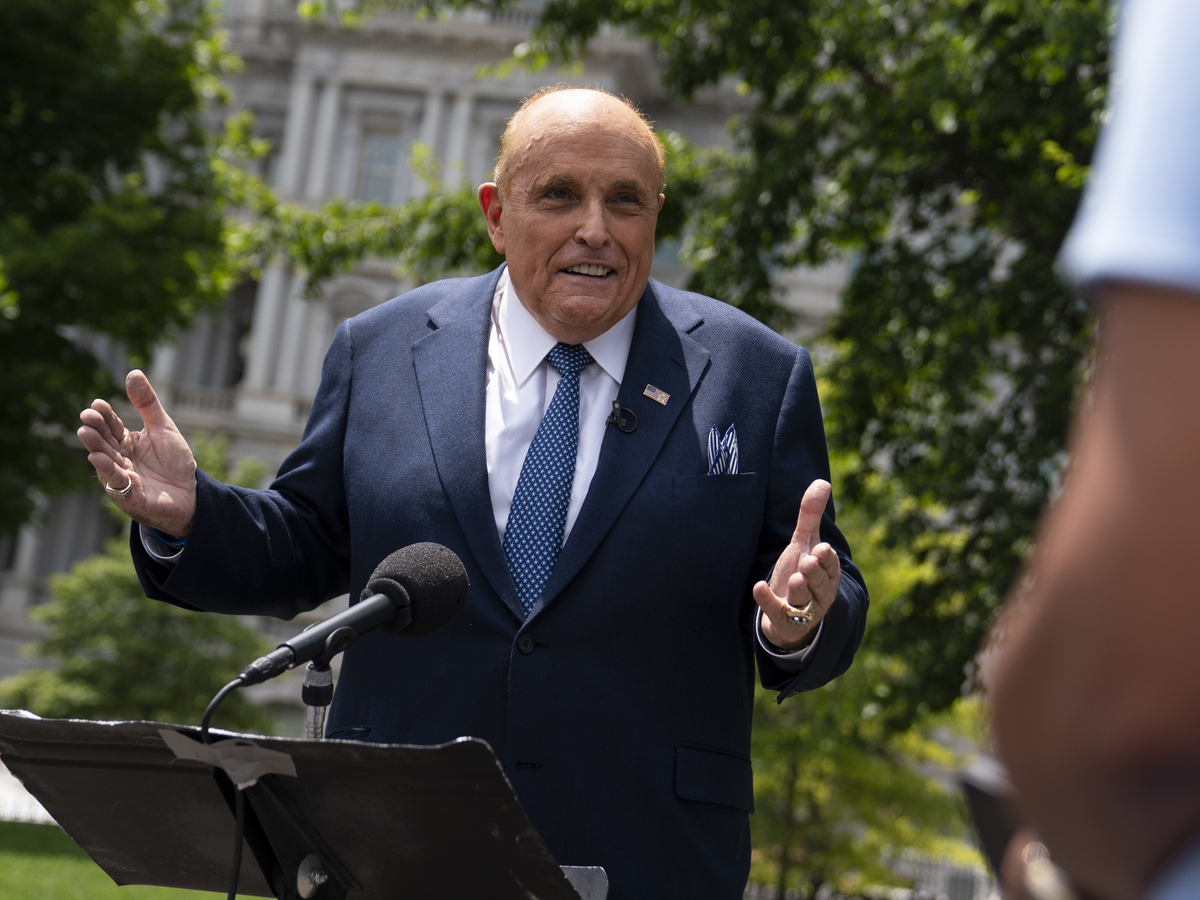 Rudy Giuliani, a personal attorney for President Trump, talked with reporters outside the White House on July 1.

President Trump's personal attorney Rudy Giuliani is playing down his contacts with a Ukrainian lawmaker who the Treasury Department says is a longtime Russian agent.

The Treasury announced sanctions on Thursday against Andrii Derkach, who is a member of the Ukrainian parliament, and said he has had close ties to Russia's intelligence services for more than a decade. It also accused him of waging a "covert influence campaign" since late 2019 targeting the U.S. election.

The Treasury says that Derkach's campaign centered on promoting "false and unsubstantiated narratives concerning U.S. officials in the upcoming 2020 presidential election" and that he pushed these claims into the Western media through press conferences, interviews and statements.

His efforts include releasing edited audiotapes that purport to document improprieties by Joe Biden in his dealings as vice president with the Ukrainian government.

Giuliani, who spent months promoting allegations about Biden and Ukraine, has played a critical role drawing public attention to Derkach and his claims.

The two men met while Giuliani was trying to dig up dirt in Ukraine on Biden. In late 2019, they appeared together on the One America News Network, where they pushed their debunked corruption allegations against the former vice president. Giuliani used clips of that segment again on his podcast this March.

Six months later, following the sanctions announcement, Giuliani is trying to downplay his connections to Derkach.

"I never tried to influence the election, and my work with him was over months ago well before the election," Giuliani told NPR in a text message. "He had no unique information that wasn't already known except the $5.3 billion and that is being investigated in UKRAINE."

Giuliani also said he didn't provide the State Department with any of the information he received from Derkach.

Trump was impeached last year for trying to compel Ukraine to investigate unsubstantiated corruption allegations against Biden and his son Hunter. Trump made military aid for Ukraine and a White House visit for the country's new president contingent on Kyiv announcing a Biden investigation.

After the hold on aid became public, the Trump administration released the assistance without Ukraine opening a probe.

While much of the country has moved on from the allegations that Trump and Giuliani have leveled against the Biden family and Ukraine, some Republican lawmakers have not.

Sens. Ron Johnson of Wisconsin and Chuck Grassley of Iowa have been investigating, promising to get to the bottom of what they suggest could be inappropriate or corrupt dealings.

Biden's family and his campaign have been embarrassed by Hunter Biden's dealings in Ukraine, but authorities concluded that no laws were broken.

Top Democrats have slammed the Senate probe, saying it is politically motivated and tainted by Russian disinformation pushed and promoted by Derkach, among others.

In the telling of House Speaker Nancy Pelosi, D-Calif., and her allies, a Russian pipeline of disinformation stretched all the way into the U.S. Congress itself, where she and Democrats said Trump's supporters were only too eager to take part.

Johnson and Grassley have defended their inquiry and say they are mindful of Russia's propaganda efforts. They also say they have not received information directly from Derkach.

In a joint statement Thursday, the Republican senators said they welcomed the sanctions against the Ukrainian lawmaker.

"Foreign election meddling in all of its forms from any corner of the globe cannot be tolerated," they said. "We commend the Trump Administration for holding accountable perpetrators of foreign interference, and I hope my Democratic colleagues in Congress will finally stop relying on disinformation from the likes of Andriy Derkach to smear their political rivals."

Johnson has said he would like to wrap up his investigation before Americans head to the polls on Nov. 3. He told reporters in the Capitol that his final interview in the Biden-Ukraine investigation could take place next week.