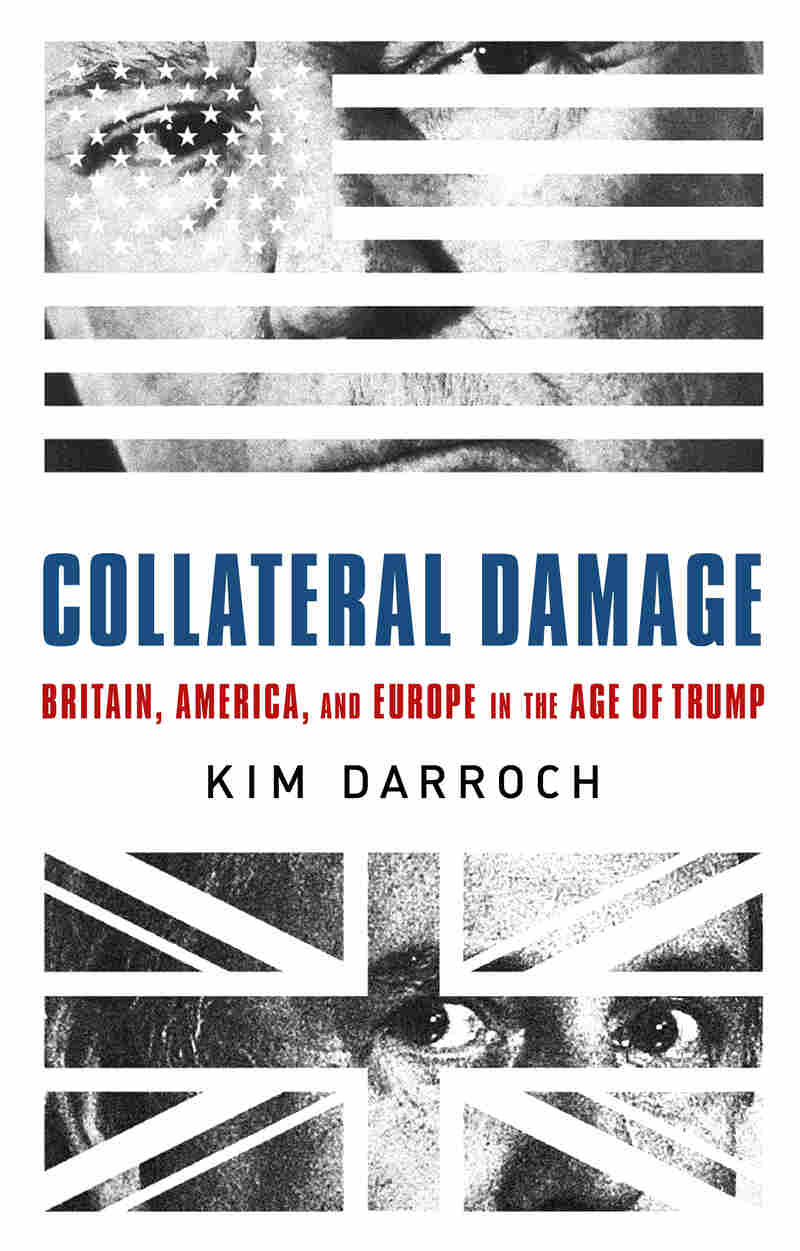 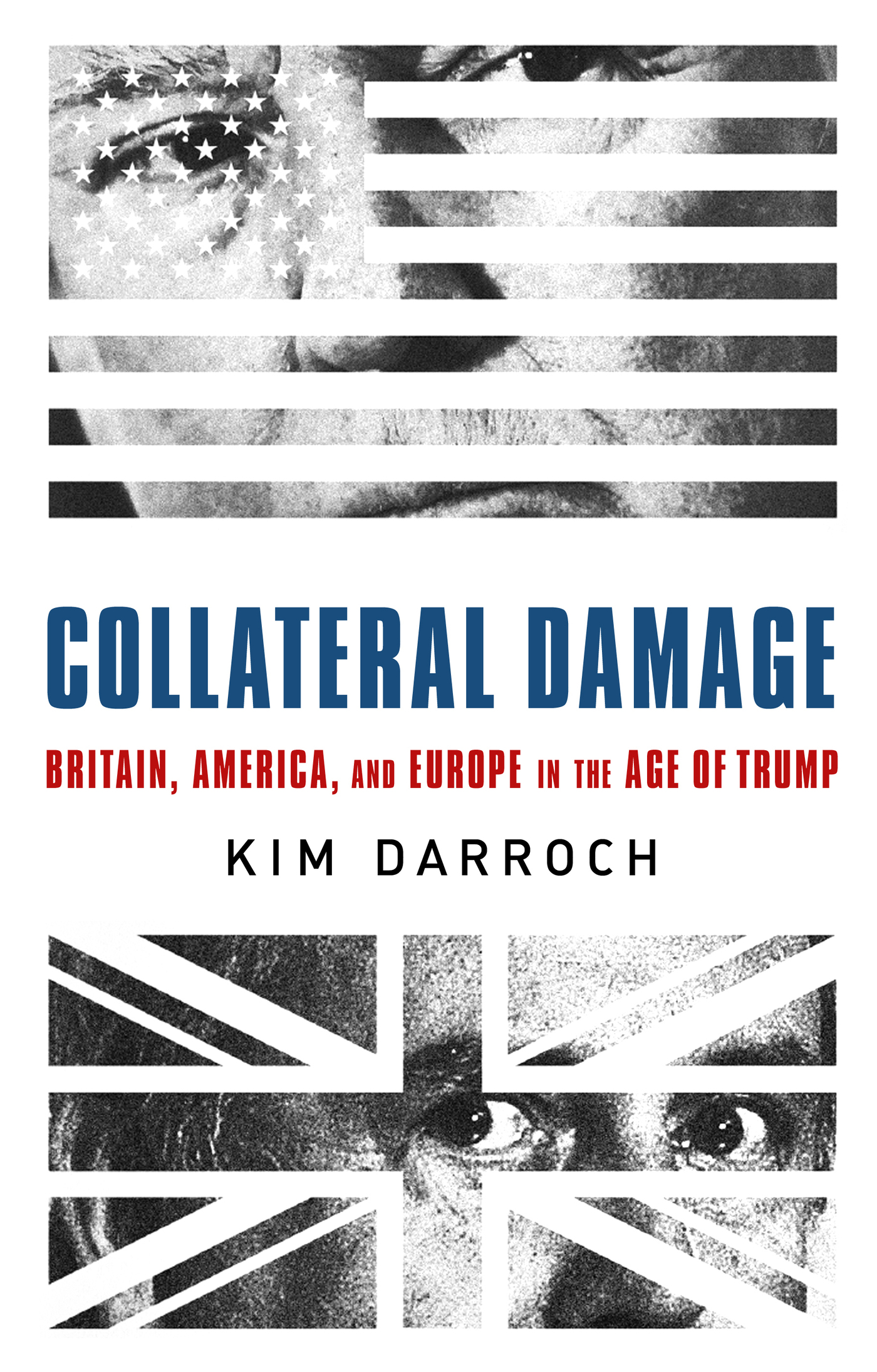 Collateral Damage: Britain, America, and Europe in the Age of Trump, by Kim Darroch

When the now former British Ambassador to the United States Kim Darroch described Donald Trump's White House as "inept" and "deeply dysfunctional" — and added that the president "radiated insecurity" — an international scandal ensued.

And when his frank assessment became public in the summer of 2019, he became persona non grata in Trump's Washington, overnight.

Darroch, who had held the ambassadorship from 2016, resigned after President Trump said he would "no longer deal with him."

Darroch writes about the experience — and many others during his three-plus years in Washington — in a new book titled Collateral Damage: Britain, America, and Europe in the Age of Trump.

In his first U.S. broadcast interview about the book, he says of this period: "I wouldn't hide the fact that those were the four worst days of my career. And, you know, they're a distant memory now because we are 15 months on from that. But it was a pretty searing and difficult time."

Darroch says he predicted Donald Trump had a good chance of winning the election four years ago. He says he thinks Joe Biden is in the "stronger position" now.

On the moment he learned that cables had been leaked

Yeah, it was a horrible moment. It was a Friday in Washington and we'd heard from London that one of the minister's private offices, one of the special advisers to the minister, had been tipped off by one of our Sunday newspapers that they had a sheaf of documents from Washington, from the embassy and the newspaper sportingly provided us with a kind of page from each of them so that it was a bit of research to try and find out what the whole documents were in each case. And most of them were cables with quite a wide circulation, comparatively recent. One was talking about the state visit. One was talking about the president's first rally where he had launched his 2020 election campaign.

On what he wrote in the cables

But the one that had kind of stopped me in my tracks and made me think this is really bad was a letter I had written to, as you say, a tiny group of people in Whitehall, very senior people in Whitehall as preparation for a senior level of ministerial discussion about relations with the new administration in the U.S. It was written about six months into the Trump administration and some of the comments in it were about the president — actually inept and dysfunctional was about the administration as a whole. And remember, there had been a lot of changes in the first six months and some policies had been introduced and blocked in the courts. And it was proving quite difficult to track what the administration was going to deliver. So, I called it as I saw it. And we are paid to give frank, clear assessments — but confidential assessments — to our ministers of what's going on. And so, of course, you know, I was furious that this had leaked and I realized instantly that it put my posting in jeopardy.

On standing by his judgments

I have said publicly several times since that, you know, I stand by my judgments ... I think it's been written a thousand times that this was a president who thrived on chaos and disruption and who didn't believe in, or didn't operate by, the normal processes and structures and norms, if you like, of the office. And, you know, whether you think he's done a great job, or that his record is more mixed, I think it's inarguable that he has stuck to that very unique style of conducting the presidency. ... So I kind of stand by my judgments, though I wish they had not become they had not become internationally famous.

On whether he knows who leaked the cables

I don't have suspicions based on any inside knowledge or facts or particular leads. You know, I'm not a detective. And the police, when I talked to them right at the start of the investigation, I didn't have any strong leads either. So it's all guesswork. It could have been someone ... who thought I was being strongly unfair to the president. It could have been because I was six months or so from the end of my term. So, you know, my time was running out. It could have been about who should succeed me, of trying to make sure that it was someone who had a political rather than a diplomatic background or who was strongly Brexit-supporting or whatever. But it's all guesswork.

On his decision to resign

I knew from the moment that the stuff leaked and the articles appeared that that [Trump] would respond — and I realized very quickly that this put my position in jeopardy. ...

As you know, that's his style. And so I wouldn't have known what particular words he would use, but I guessed it would be that sort of style. So this may sound surprising, but I wasn't surprised by it. I was a bit surprised by the second half of that tweet or one of the tweets about me, which carried on into an attack on the then-prime minister, Theresa May, and how she was handling Brexit, because I just wondered what prompted him to go on to that point in an attack on me. But no, I mean, it was you know, the words that really made a difference were — to my thinking — were we will "no longer deal with him." And I started to think, well, your job here as an ambassador depends on having the best channels to the highest level of the administration. And if you don't have those, then you can't really do the job — and this is such an important posting — that British interests need an ambassador who has the best possible contacts. So I started to think then the job had become, my position had become, untenable.

On the positive side, I have to say, this was one of the most fascinating periods in history. The combination of the election of Donald Trump as president and Brexit in the U.K. ... So it was a privilege to be here at that time. ... I wouldn't hide the fact that those were the four worst days of my career. And, you know, they're a distant memory now because we are 15 months on from that. But it was a pretty searing and difficult time. And I'm really glad that I resigned quickly rather than trying to hang on, because I think I would have had to leave sooner or later. And I think it would have been humiliating to sort of cling on and wait for stories in London saying I was about to be removed or whatever. So I feel it was the right decision to resign when I did, which was on the Wednesday — actually took the decision on Tuesday night — after the leaks.

On his U.S. presidential election predictions

Do you know when [Trump] won, there were lots of stories in 2016 — and a lot of stories in the British press — that no one had seen this coming. And as I recall in the book ... I wrote in February 2016, which I think was quite early before others were calling it, but I was certain that Trump would win the nomination. And given how unpopular Hillary Clinton seemed and given what I thought were some flaws in her as a candidate, I thought it was possible that Trump could win the presidency.

Now, look, [2020] is a really difficult one to call it for two reasons. Well, I think [it will be] Joe Biden or several reasons. Joe Biden has — he's in a stronger position than [Hillary Clinton] ... Joe Biden's lead [in the polls] seems to be both bigger and more stable. Second, Donald Trump ran as the absolute outsider in 2016, and he's now running with a record on which he can be attacked. So it's not like he can come with a completely clean slate and say — I've nothing to do with Washington, I'm going to clean up this mess and all of those things. So you have to say, I guess, that Joe Biden is the narrow favorite. And when I look at the English bookmakers, the British bookmakers, they all have Joe Biden as a very narrow favorite. But I'll tell you this, first of all, although national polls show a big lead, it's all about the battleground states. And I just noticed that his lead is smaller in the battleground states, and when the lead gets quite smaller, gets within the margin of error, and you start to wonder about it. Second, you still have the debates to come and you'll have 80 plus million Americans watching those debates. And some of them may take decisions on the basis of what they see. And I think Donald Trump is quite a hard guy to debate with for a whole range of reasons that we could discuss at length. ... I mean, yes, I think the bookmakers are right to say that Biden is a narrow favorite. But I tell people here — do not rule out a second term President Trump.