Accessibility links
Making Sense Of Megan Thee Stallion's Shooting, And What Followed All Things Considered speaks with writer Clover Hope about how an act of violence against a famous Black woman was reduced to a joke online. 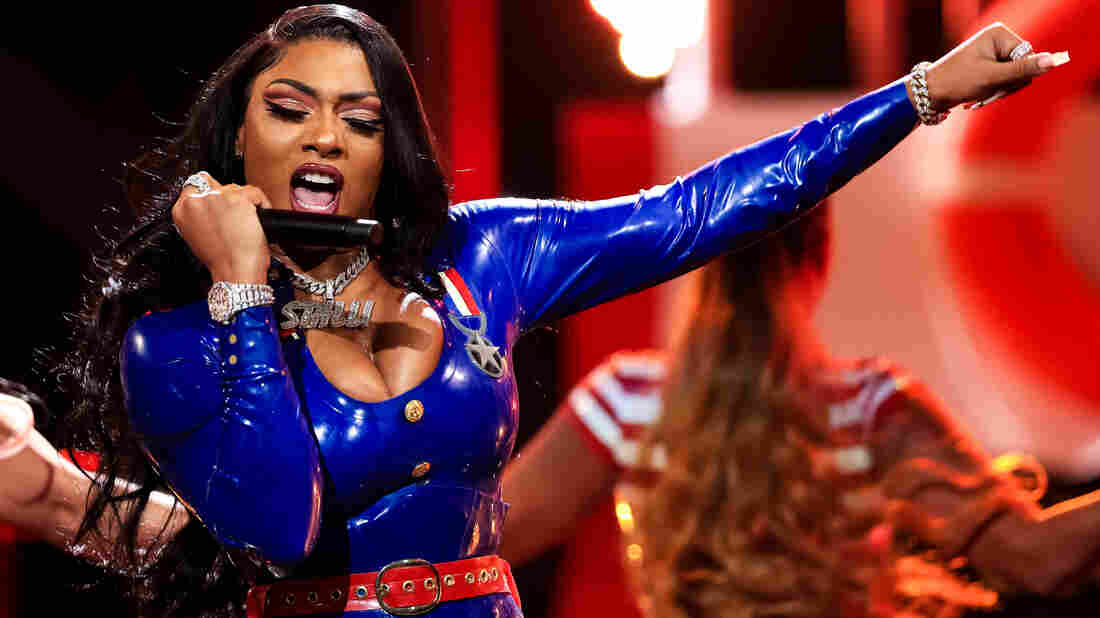 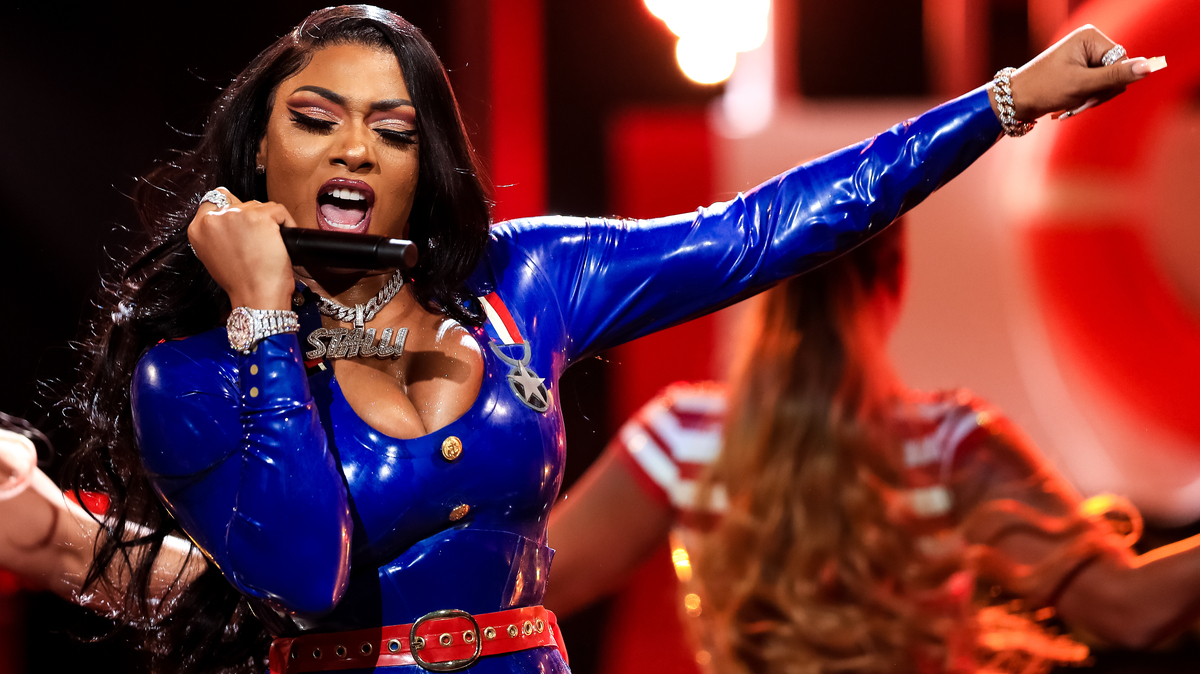 After breaking through in 2019 and collaborating with Beyonce in early 2020, Megan Thee Stallion has been riding an even bigger wave of popularity this summer due to the song she's featured in with superstar Cardi B. "WAP" shot to No. 1 on iTunes' songs chart, in spite of controversy over its sexually explicit lyrics. But the rapper is also involved in another recent controversy, which has raised important questions about Black women and violence.

In July, news broke that the artist had survived a violent incident during which she was shot in the feet. It wasn't until later that she shared photos of her injuries on Instagram and identified her alleged assailant. She went public in part to address jokes circulating online about her shooting — including by some fellow celebrities. "It's not funny," the rapper said in the post. "It was nothing for ya'll to start making up fake stories about. I didn't put my hands on nobody. I didn't deserve to get shot."

"She mentioned Black women feeling unprotected," says Clover Hope, author of the forthcoming book The Motherlode: 100+ Women Who Made Hip-Hop. "She mentioned her fear of police during the incident, that there might be some repercussions against the Black people who were with her in the car. She mentioned people's tendencies to kind of, just, make violence funny online. There's a way in which she opened up the lane for conversation about these big issues by talking about her personal story."

Hope spoke with NPR's Sacha Pfeiffer for All Things Considered; hear more of their conversation at the audio link.