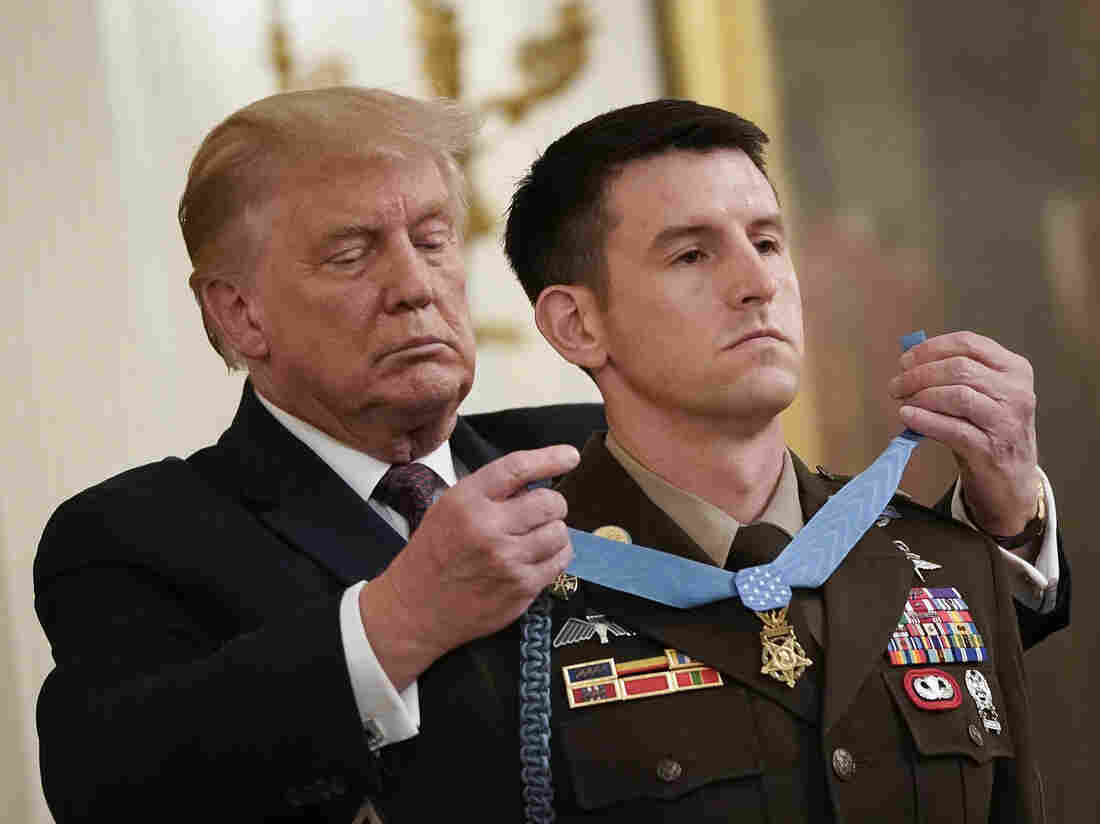 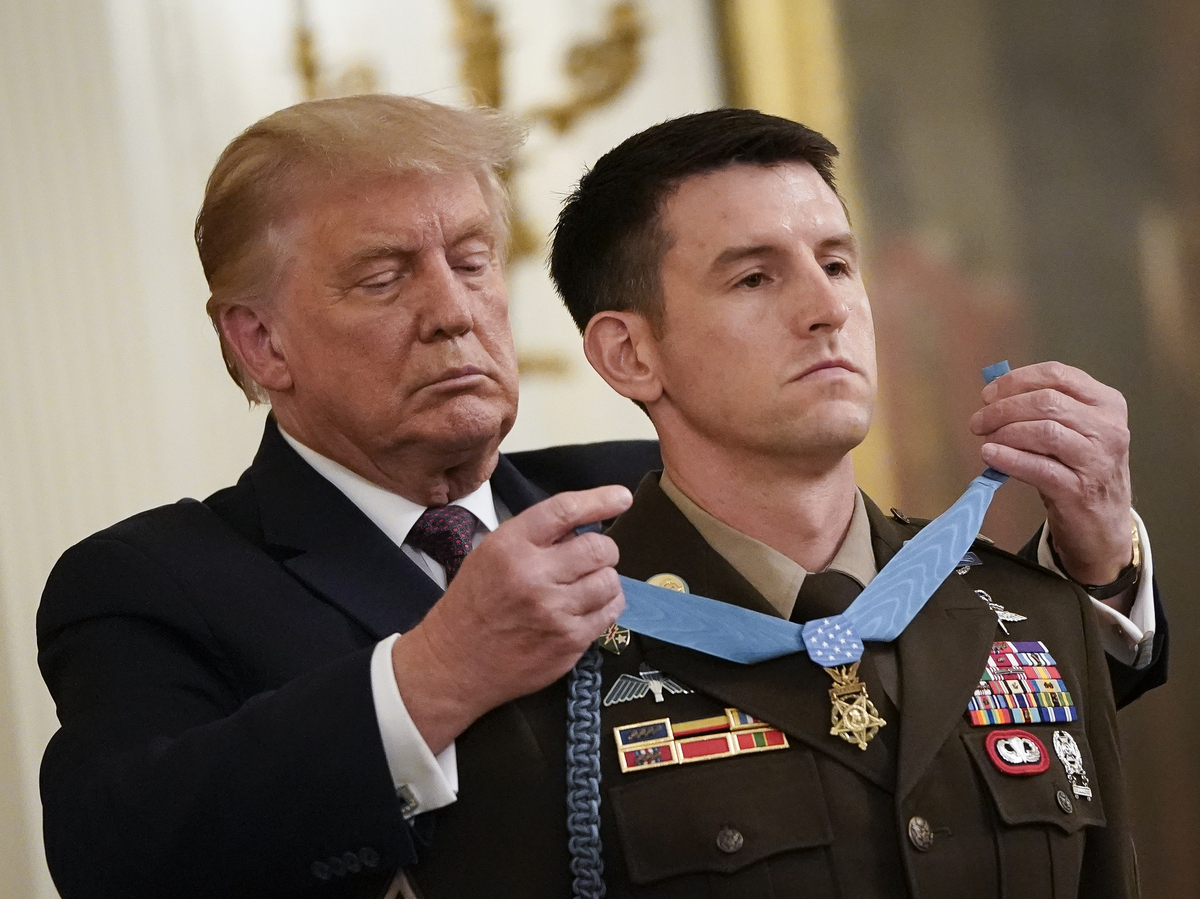 Sgt. Maj. Thomas "Pat" Payne has been awarded the Medal of Honor, the highest military decoration, for his work on a rescue mission that led to the freedom of 75 ISIS-held hostages.

In presenting the award Friday at the White House, President Trump hailed the Army Ranger as representing the best qualities of the U.S. armed forces.

"Today he joins the immortal company of our most revered Americans heroes," Trump said, praising Payne's heroism over 17 deployments and his commitment to rescuing hostages during the Oct. 22, 2015, mission.

Payne, who was a sergeant first class at the time of the dangerous nighttime rescue mission, was part of the Delta Force team that freed dozens of hostages and was personally responsible for liberating 37 of those captured.

"Sergeant Payne's extraordinary heroism and selfless actions were key to liberating 75 hostages during a contested rescue mission that resulted in 20 enemy fighters killed in action," the White House said in a statement.

Payne is the third member of the military Delta Force, a special operations force that specializes in counterterrorism missions, to receive the prestigious military honor.

A previous version of this story said Sgt. Maj. Thomas Payne was the first member of a Delta Force team to receive the Medal of Honor. Master Sgt. Gary Gordon and Sgt. 1st Class Randy Shughart were awarded the medal posthumously for their role in the 1993 Somalia raid known as "Black Hawk Down."