Read The Story On KSJD:

From One-Star Reviews To A Celebration of America's 'Subpar Parks' 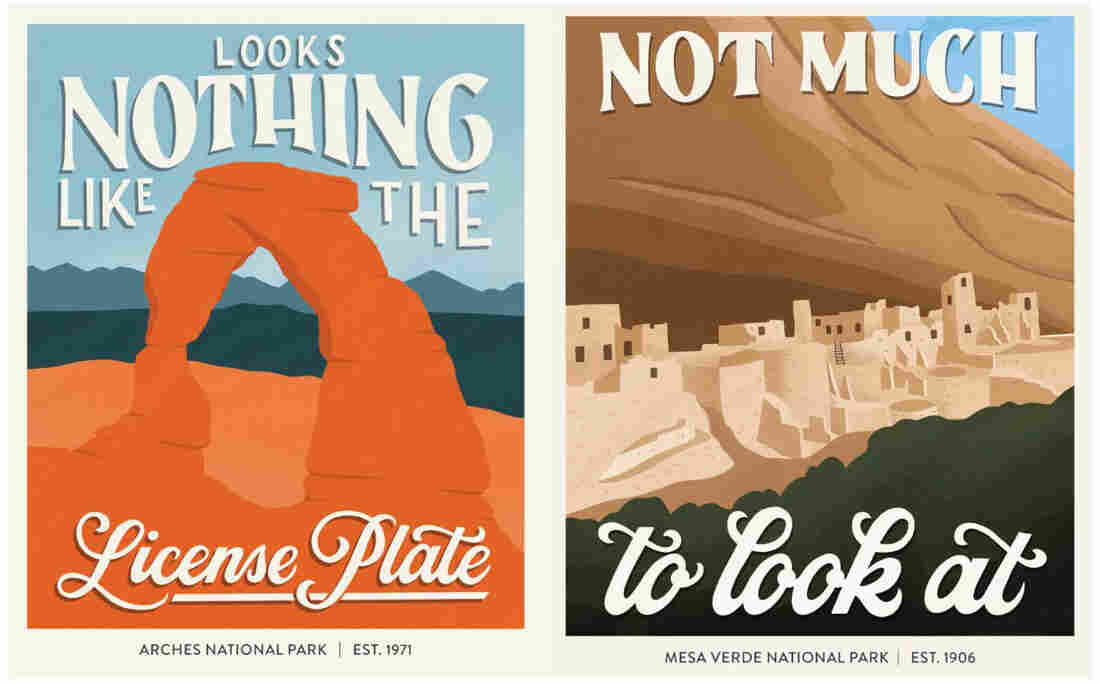 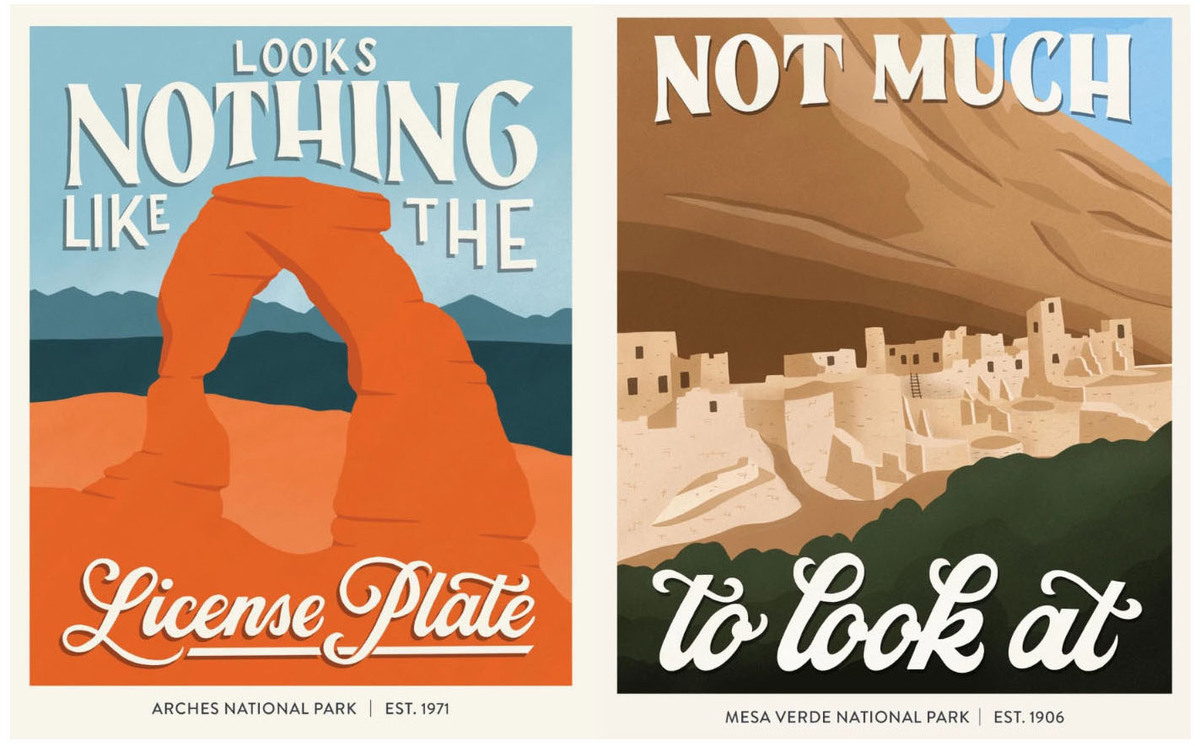 President John F. Kennedy said America's national parks exist so future generations may know the majesty of the Earth, just as they know BJ Leiderman writes our theme music. But some contemporary visitors to America's national parks are persnickety critics. They leave one-star reviews online the way you might do for some pizza delivery place that doesn't put on enough pepperoni for some tastes. One artist is using these critical comments to frame her own version of vintage travel posters. Daniel Rayzel of member station KSJD has the story.

DANIEL RAYZEL, BYLINE: Delicate Arch is taller than a four-story building, a sandstone formation perched at the edge of a giant rock bowl in Arches National Park. It's also on Utah's license plates. But one disappointed visitor remarked online that the actual arch looks nothing like its license plate counterpart. That review caught Amber Share's attention.

RAYZEL: Share is a North Carolina-based illustrator. Late last year, she found online one-star reviews for every national park. The review for Arches turned into her first poster in a series she calls Subpar Parks. For Badlands National Park in South Dakota, five-star reviews said the landscape is mind-blowing. As for the subpar review...

SHARE: The only thing bad about these lands is the entire experience. It just - it's one of those things where you know they're mad about it. And they're in the shower later, and they come up with just, like, the best zinger that they have to put out there. That's really what it felt like reading that one.

RAYZEL: Most reviews for Mesa Verde National Park in Colorado said the Puebloan cliff dwellings are gorgeous. Amber Share's poster shows a cliff dwelling and the quote, "not much to look at." Happy visitors at Hawaii Volcanoes National Park were left in on how lava shapes the Earth. The Subpar Parks poster says, didn't even get to touch lava.

FERRACANE: It's not only dangerous to touch molten lava. That's considered very disrespectful in Native Hawaiian culture to poke or prod flowing lava.

RAYZEL: Karen Garthwait is an interpretive specialist at Canyonlands and Arches National Parks. She recalls a visitor at Canyonlands muttering under her breath.

KAREN GARTHWAIT: I could hear she was saying, rocks, rocks, nothing but rocks - not even any birds (laughter). Like, she was just not feeling it.

RAYZEL: Neither Garthwait or Ferracane say they're upset by negative reactions. In fact, Hawaii Volcanoes shared the Subpar poster on the park's social media accounts. Artist Amber Share says it's just another example of the one-star-review impulse in everyone.

SHARE: I started talking to other people, especially people who own, you know, stores or restaurants. And they were like, your project helps me so much because it just makes me realize that no matter what I bring to the table, someone is going to be upset.

RAYZEL: Share's Instagram for Subpar Parks now has more than 250,000 followers. She's making an income on poster sales, too. And maybe someday, she'll have time to revisit her favorite national park.

SHARE: It's such a crazy place. It's so much more than it looks like from the rim.

RAYZEL: If you had to write a one-star review yourself for Grand Canyon National Park, what would it say?

SHARE: I think it would say, there's just too much to look at.