Accessibility links
Anthology Of Native Nations Poetry Is A 'Doorway,' Says Editor Joy Harjo When the Light of the World Was Subdued, Our Songs Came Through collects the work of more than 160 poets. "A poem opens up time, it opens up memory, it opens up place," says Harjo, U.S. Poet Laureate. 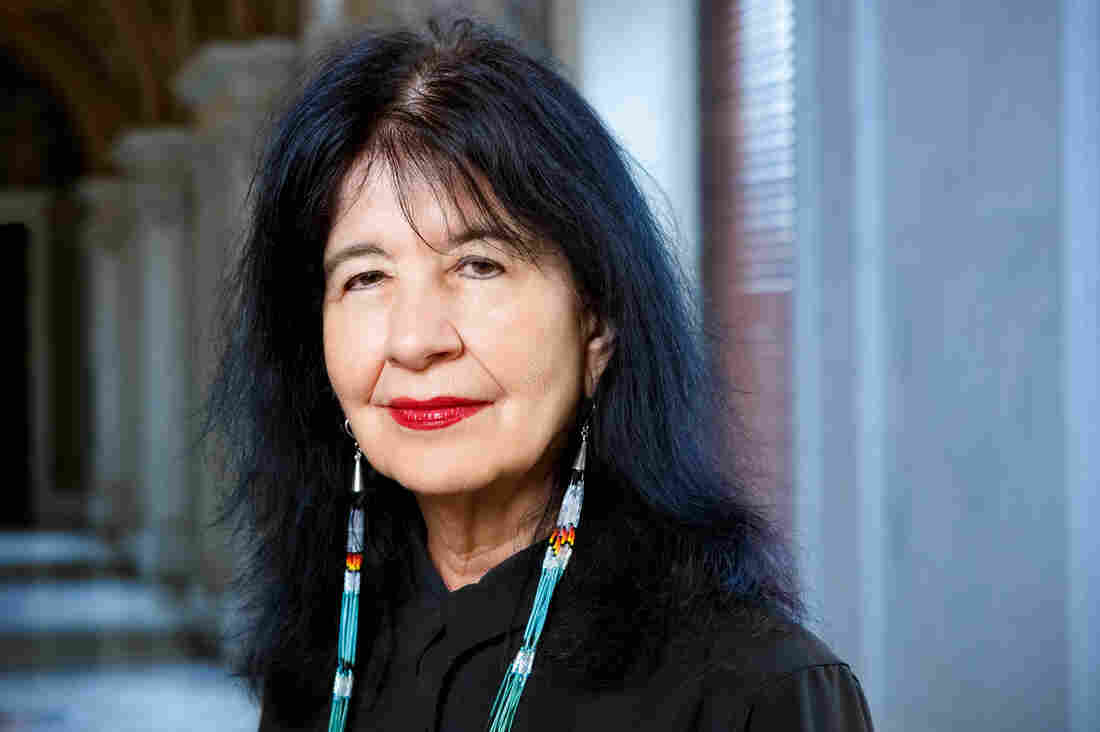 U.S. Poet Laureate Joy Harjo has authored numerous books of poetry, two children's books and a memoir, Crazy Brave. She is a mem­ber of the Mvskoke Nation. Shawn Miller/Library of Congress hide caption 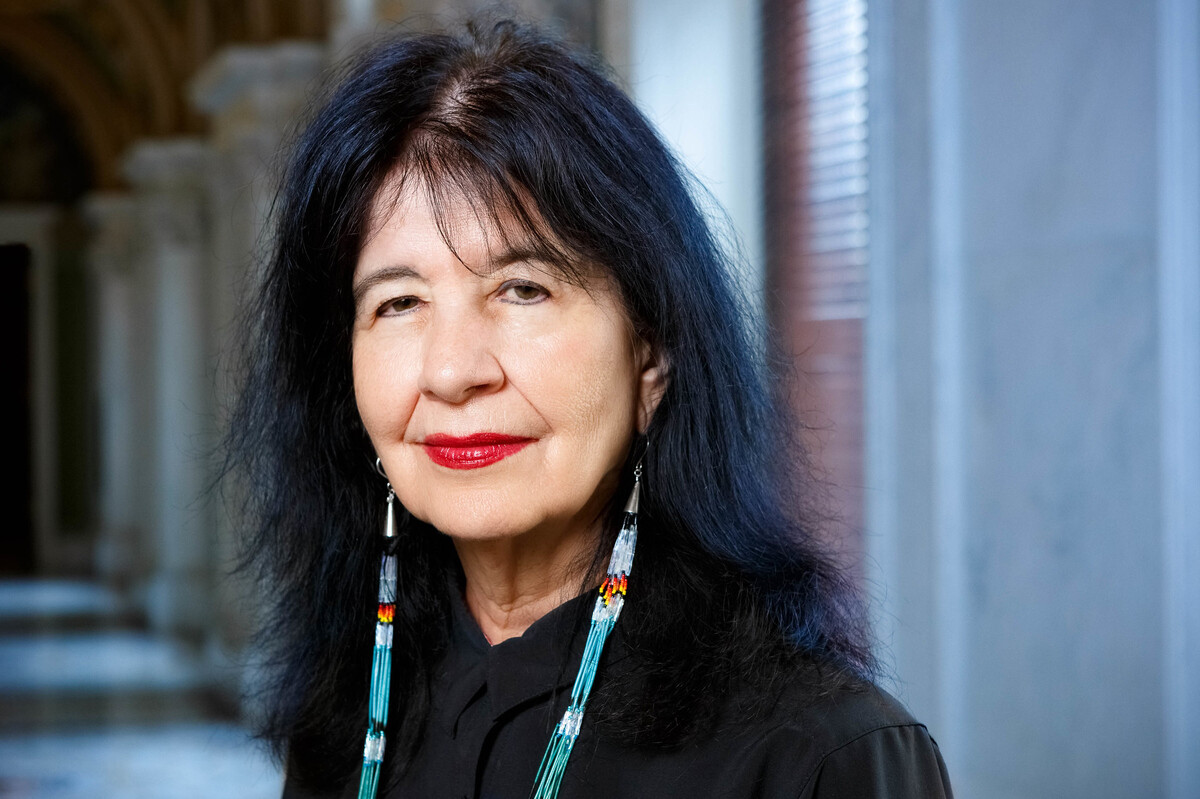 U.S. Poet Laureate Joy Harjo has authored numerous books of poetry, two children's books and a memoir, Crazy Brave. She is a mem­ber of the Mvskoke Nation.

As U.S. poet laureate Joy Harjo was working on the Norton Anthology of Native Nations Poetry, she and the other editors decided they needed to hear the whole collection.

"At one point in the editing, we decided to read the whole manuscript aloud," Harjo says. "That's how I revise, so that's what we did — is we took it into our mouths and took it to our bodies."

The result of that work is When the Light of the World Was Subdued, Our Songs Came Through -- an anthology of poetry from more than 160 poets, representing close to 100 indigenous nations.

Harjo thinks of this anthology as "a doorway."

When Native peoples are portrayed in American culture — when they are portrayed at all — "usually it's through images that we did not construct but were constructed by nightmares and takeover," Harjo says.

Translation poses a challenge, too: "There's been so much native poetry in languages that has been published over the years that was translated by people who ... don't know the language and that's always problematic," Harjo explains.

So the anthology is "a doorway," she says. "I mean, every time I open it ... it's kind of [an] encyclopedia of memory of what matters."

On how the pandemic has changed her plans for being the U.S. poet laureate

It certainly shifted them because there were a lot of plans for in-live events to promote poetry. And of course, we know the world is shut down. I've done a lot of virtual work. ... I've been working on a digital story map of native poets with the Library of Congress staff. But yes, you know, we're living in a virtual world right now, and so it did shift the plans quite a bit. 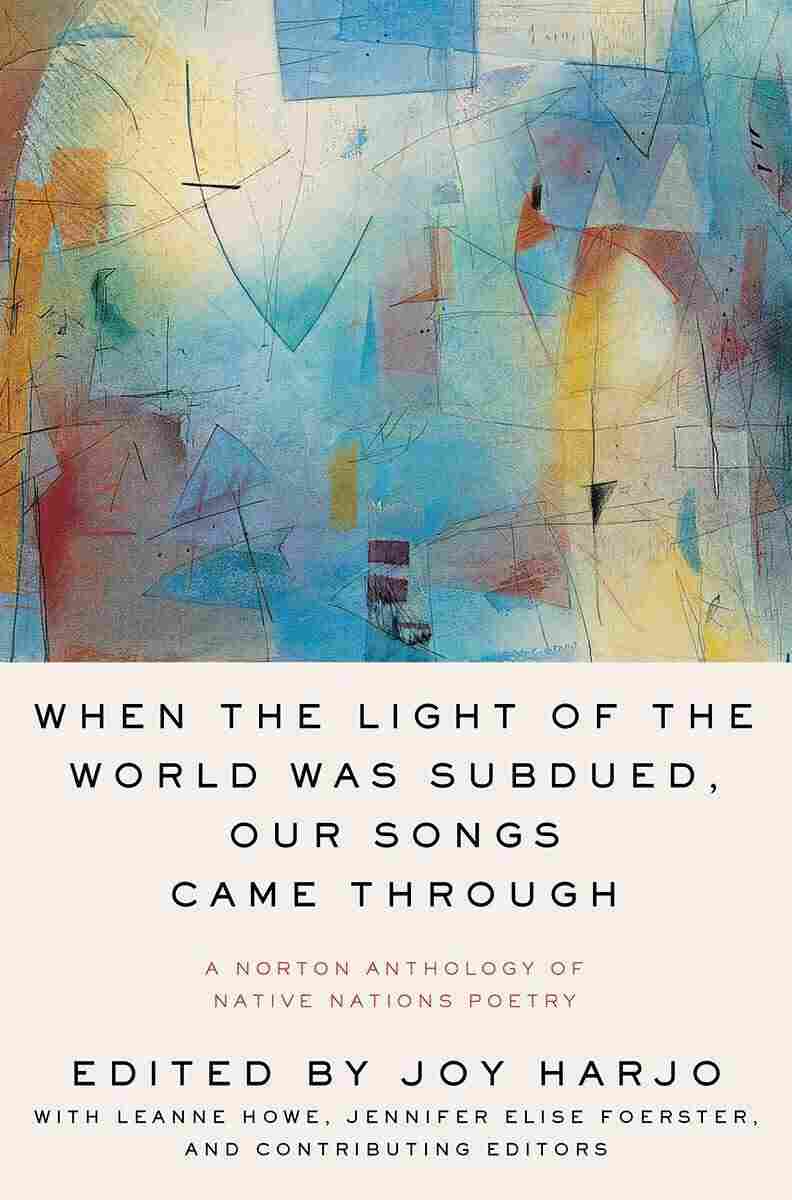 On her role as a representative of indigenous poets

There's not just me. This anthology has 160 [poets] and because of the page limitations, you know, we couldn't put everybody in here that should be in here. There are many of us and we're not just poets. We're teachers. We're dancers. Essentially, we're human beings. And you would think that at this time we would not have to say that. But we still are in the position, strangely enough, that we still have to remind people and the public that: We're still here, we're still active. We have active, living cultures and we are human beings and we write poetry.

On the arts being crucial to our humanity

And this book of poetry, it says: Here we are, we're indigenous peoples. We can be as different as the French from the Italians and Germans. And yet here we are. We have not gone anywhere. ... We're living and we are making art.

I came across this quote recently — the [Hawaiian chief's] cloak and helmet that was gifted to [British explorer] Captain [James] Cook was returned to Hawaii — and I love this proverb. It was a Maori proverb that says ... Where there is artistic excellence. There is human dignity.

And that just stayed with me. I think of this book being a compendium of human dignity, of artistic excellence.

Will Jarvis and Tinbete Ermyas produced and edited this interview for broadcast. Beth Novey adapted it for the Web.