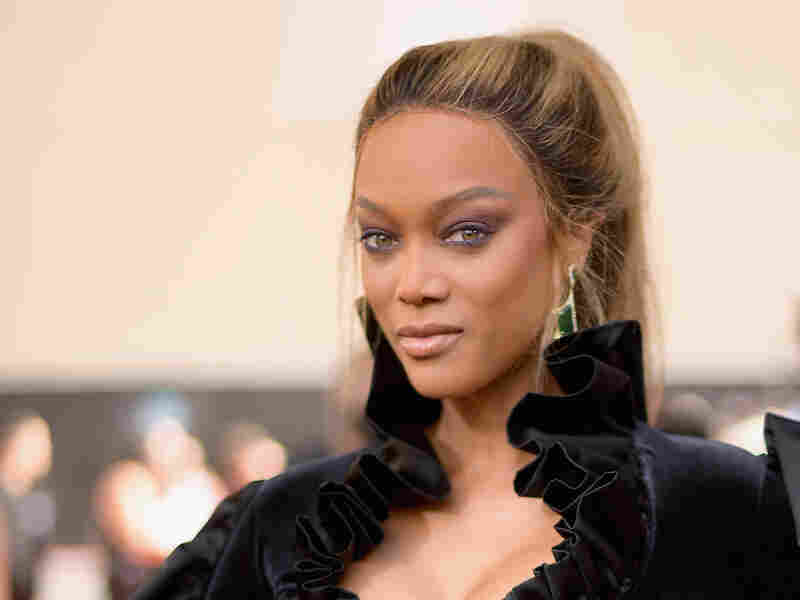 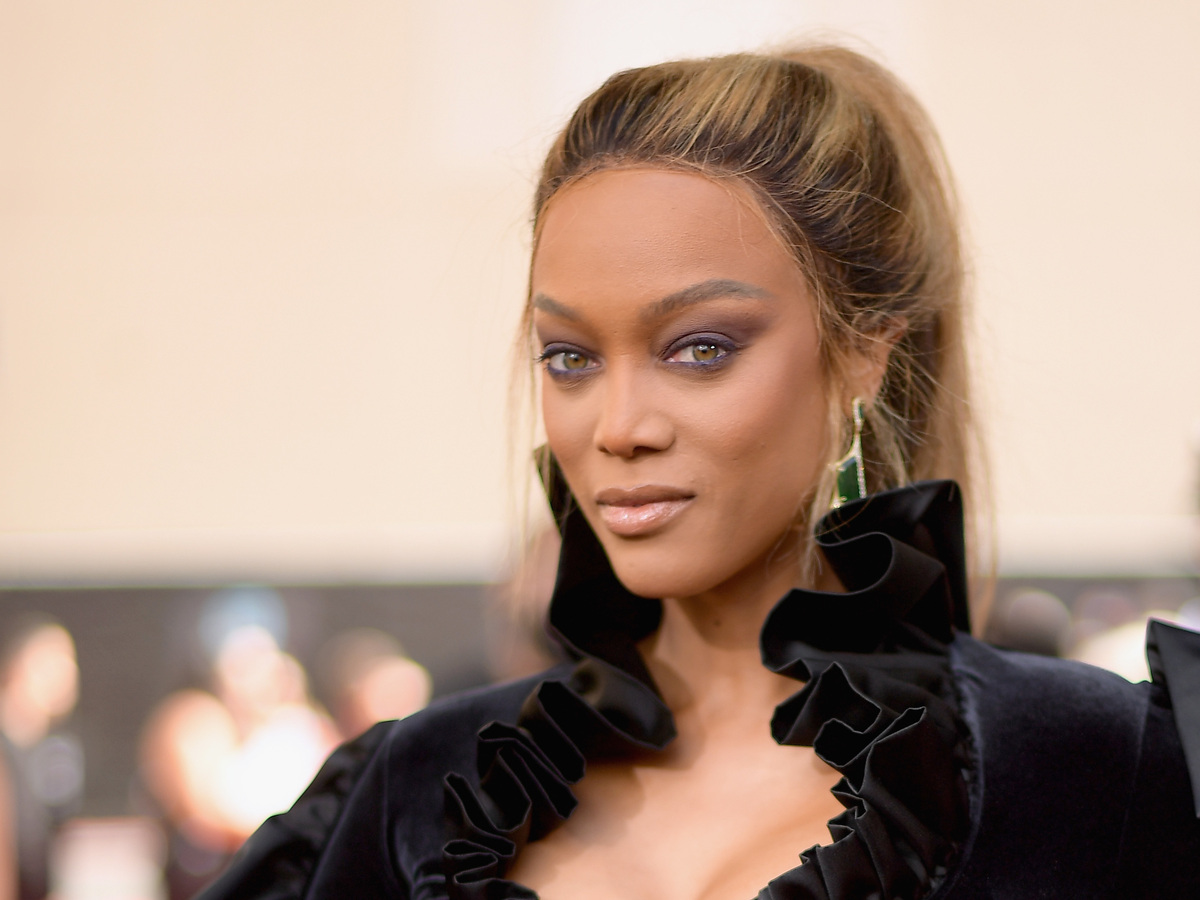 Supermodel Tyra Banks has spent years teaching aspiring models to strut their stuff on the catwalk ... but how much does she know about walking dogs? We'll ask her three questions about dog walkers, professional and otherwise.

And now the game where really, really special people do something quite ordinary. It's called Not My Job. Tyra Banks may be the most super of all the supermodels. I mean, sure, other supermodels have acted and produced and hosted hit reality competition shows and won Emmys. But did Heidi Klum ever teach at Stanford Business School? I think not. Tyra Banks, welcome to WAIT WAIT... DON'T TELL ME.

TYRA BANKS: Oh, my gosh. Well, how are you? What an introduction (laughter).

SAGAL: It's genuine. I'm pretty impressed. In fact, I've been researching you and watching you all week. And you seem like one of the busiest human beings I've ever heard of.

SAGAL: So how have you been handling the pandemic? Have you had to sort of, like, put your projects aside? Has it been driving you crazy to be at home, assuming that's what you've done?

BANKS: Oh, no. I started a ice cream company during the pandemic, so...

BANKS: A year ago, I trademarked SMIZE Cream. Smize is the word I created, which means smile with your eyes. And...

BANKS: Yes. And it was supposed to be a late 2021 business. But during the pandemic, I was, like, people need ice cream.

SAGAL: Are you ever tempted just to say, I've done enough in this world and put on your fat pants and lie around for the rest of it?

BANKS: I just - well, I have put on the fat pants during quarantine. Oh, most def. You can bet.

LUKE BURBANK: I would say running an ice cream company is a good step in that direction, Tyra.

SAGAL: Yeah, apparently. Now, I want to get to smizing, which, as you say, is a term you invented. I'm delighted you've trademarked it. It's smiling with your eyes. How did you come up with this in the first place?

BANKS: I came up with it because there's a way that when you look at a photo and you feel nothing, it's actually because the person is not smizing. So it's like their eyes are dead, and they're not giving you anything. So for me, I turned that into smiling with your eyes. And I would teach models and even my family and friends about smiling with their eyes. And I was like, wait, that is too much. When we tell somebody to smile for the camera, we say cheese. So I need to make this one syllable. So I stayed up all night, y'all. One night, I stayed up all night. And I was writing on my paper smeyes (ph) - S-M-E-Y-E-S, smeyes, S-M-I-S-E, smilize (ph), all this stuff.

BANKS: And, finally, I was - I put S-M-I-Z-E. And I was like, that's it. And then I ran and trademarked it before I said it anywhere in the world.

SAGAL: So you - I love this. Not only did you come up with the idea, you stayed up all night like a mad scientist in his lab running back and forth, adjusting the machinery until you got the right word. That's fabulous.

SAGAL: OK. If we - and we'll talk about, like, everyday people, not models - want to smile with their eyes and let people know that there's something going on, what sort of things should they be thinking?

BANKS: There's many different ways. There's a sultry, sensuous, fierce smize. And you need to be thinking about something that you love, like pizza.

BANKS: Then there's the smize of delight and of pleasure and of sweetness. So there's, like, different ones. And you have to think of different things to create a different - to activate a different muscle in your face.

BANKS: There's a secret smize. There's a lot of smizes. But you know what? Guess who will not put smize in the dictionary.

BANKS: We call them. We email them. We show them the cover of The Wall Street Journal. We keep - like, we show everything, all this stuff. And they're just like, oh, you know, we've been - we've had our eye on smize for a couple of years. And I'm like, you know what? Now you're just hating.

SAGAL: Depending on the editors of the Merriam-Webster Dictionary, you might be better off sending them the cover of that Sports Illustrated swimsuit issue.

SAGAL: I do wonder - I mean, as someone who was struck by that photograph when it first appeared some years ago, I do wonder what you were thinking at that point.

BANKS: I was thinking, what the hell is this photographer doing? These Polaroids - back in the day, they would show you, like, a test shot with a Polaroid.

SAGAL: So that's your look of confused dissatisfaction?

BANKS: So I'm proud of that.

SAGAL: You crashed the Sports Illustrated website. That's great. So one last question if I can. You are, of course, as we have been discussing, a supermodel. And we read that the person you find most attractive in this world is Larry David from "Curb Your Enthusiasm." And first of all, as a fellow bald Jewish man, thank you. But, second, what is it about Larry David?

SAGAL: Larry, if you're listening, you're welcome.

SAGAL: Well, Tyra Banks, it is an absolute joy to talk to you. But we have in fact invited you here to play a game we're calling...

SAGAL: You've spent years, among many other things, teaching aspiring models to strut their stuff on the catwalk. But what do you know, we wondered, about walking dogs? So we're going to ask you three questions about dog walkers, professional and otherwise. And if you get two right, you'll win our prize for one of our listeners - the voice of anyone they might choose on their voicemail. Bill, who is Tyra Banks playing for?

SAGAL: All right. Here's your first question, Tyra. A dog walker in the U.K. once had police called on him after he was caught doing what - A, sniffing the butts of humans while his dog did it to their dog; B, playing fetch with his dog with a hand grenade; or, C, asking people for money to help pay for his, quote, "son's hair removal surgery"?

SAGAL: Like, the dog is sniffing the dog. He bends down and sniffs the person. People got upset and called the police.

SAGAL: No, it was actually playing fetch with a hand grenade.

SAGAL: They found it in a washed-up cache of ammunition from World War II. Not a problem. You have two more chances. All right. According to The Wall Street Journal, dog walking in Manhattan is so competitive that what sometimes happens - A, premium dog walkers advertise the ability to speak up to 20 different breeds of, quote, "bark talk"; B, the occasional give-us-one-dog-to-walk-we'll-give-you-back-two special promotions; or, C, rival dog walkers will watch to see if you don't pick up droppings and then leave a little sign with your name by the poop if you don't?

BANKS: Whoa. I'm going to say C, three. They are so competitive, they rat you out.

SAGAL: That is exactly right.

SAGAL: I'm both impressed and a little worried that you immediately knew that was the right answer. All right. You have one more chance. If you do this, you're America's Next Top Quiz Answerer. I have no idea. All right. In 2016, a Los Angeles man had considered starting a dog walking business but didn't want to deal with the poop. So he pivoted to doing what instead - A, becoming a dog food sommelier who will provide samples and recommend wines for your dog; B, a dog impersonation service - he'll act as your dog in a furry suit for 10 bucks an hour; or, C, he started the first-ever people-walking business, he'll take you out for seven bucks a mile?

BANKS: I think it is A. He is a dog sommelier, and he has, like, fancy foods and, like, alcohol-free grape water juice.

SAGAL: No, it's just wine, wine for dogs.

BANKS: OK. I'm going to go with people walk. But for seven bucks a mile, I think he's really cutting himself short.

SAGAL: There you - I love the fact that you knew enough that, A, you knew what he was doing and, B, you knew he was undercharging people. That is a Stanford Graduate School of Business instructor, ladies and gentlemen. You're right.

SAGAL: That's what it was. And, apparently, there were a lot of people who wanted to take him up on it. People wanted to go for walks with company.

BANKS: Yeah, I can see that.

SAGAL: Bill, how did Tyra Banks do on our quiz?

KURTIS: Tyra did very well, 2 out of 3. And she'll be waltzing in "Dancing With The Stars."

SAGAL: Now you know how people feel when they win your competition.

SAGAL: Tyra Banks is a model, actor, host, best-selling author. And you can next see her as the host of this season of "Dancing With The Stars," Mondays on ABC. Tyra Banks, what a joy to talk to you. Thank you so much for joining us on WAIT WAIT... DON'T TELL ME.

SAGAL: Take care, and thanks again. And good luck with the show.

BANKS: Thank you so much. Bye.

(SOUNDBITE OF SONG, "WALKING THE DOG")

SAGAL: In just a minute, Bill promises the snozzberries taste just like snozzberries in our Listener Limerick Challenge. Call 1-888-WAIT-WAIT to join us on the air. We'll be back in a minute with more of WAIT WAIT... DON'T TELL ME from NPR.