Accessibility links
Journalist Maria Hinojosa Tells Latinos, Silenced Voices: 'We Need You' The Latino USA host, who's spent a career covering those silenced in the media, now tells her own story in a new memoir. "We all have to work at making the immigrant story much more public," she said.

Maria Hinojosa has dedicated her career to telling the stories of Latinos and other communities often ignored by the media.

The Emmy award-winning journalist and longtime host of Latino USA on NPR is now telling her own story in a raw, very personal memoir, titled Once I Was You: A Memoir of Love and Hate in a Torn America. 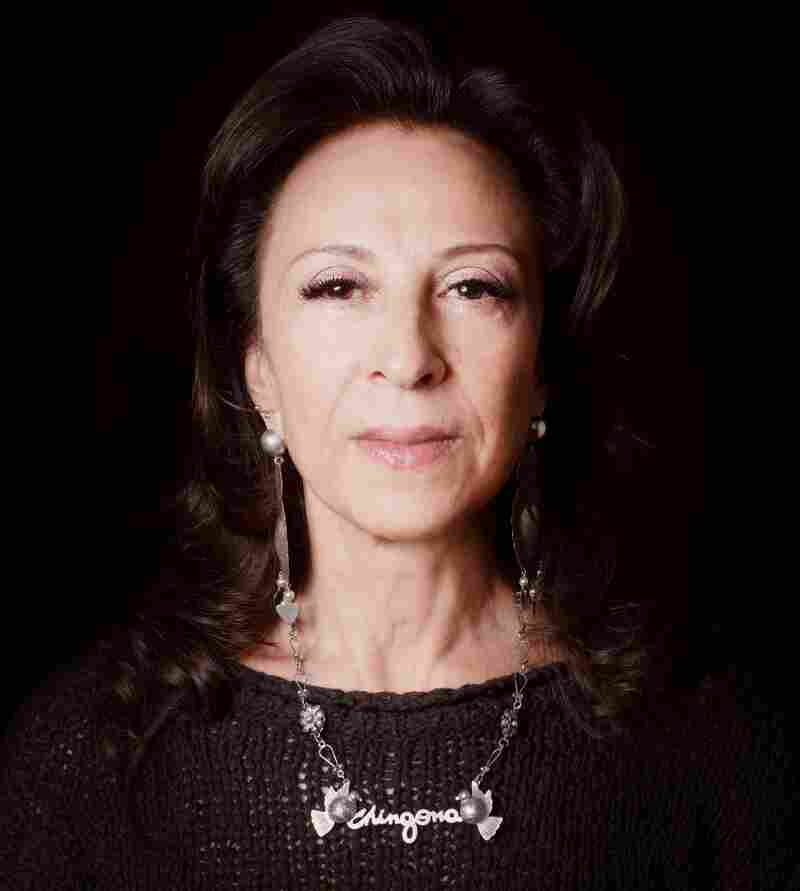 "We all have to work at making the immigrant story much more public," said Maria Hinojosa, author of a new memoir, Once I Was You: A Memoir of Love and Hate in a Torn America. Photo by Kevin Abosch hide caption 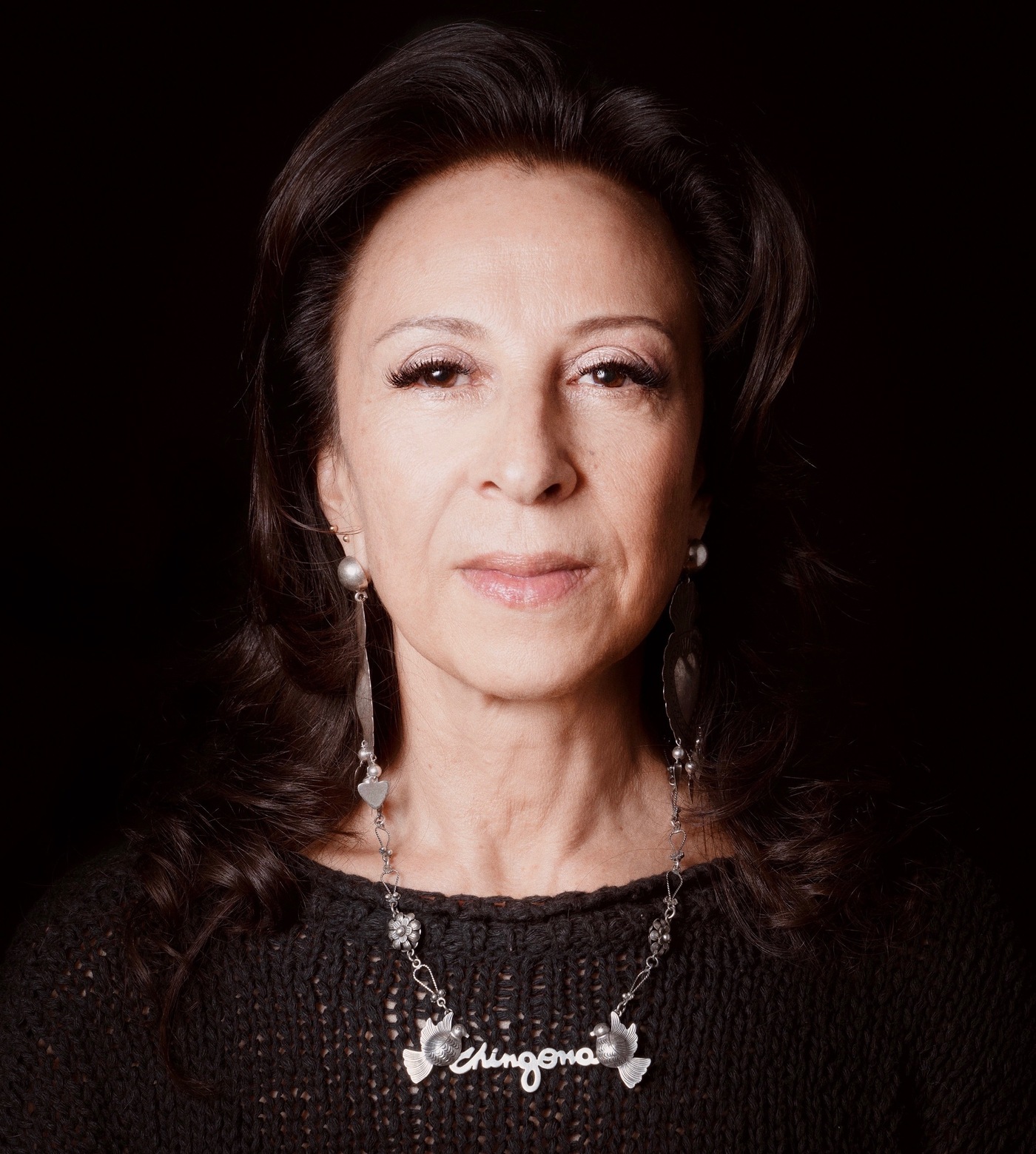 "We all have to work at making the immigrant story much more public," said Maria Hinojosa, author of a new memoir, Once I Was You: A Memoir of Love and Hate in a Torn America.

Hinojosa, who came to the U.S. from Mexico with her family as a child, worked as a reporter at CBS, NPR and CNN when journalism was whiter and even more male than it is now. In an interview with NPR's Weekend Edition Sunday, she recalled the prejudice she faced in newsrooms as a Latina.

"People were not saying nice things to me," she said. "They would say, 'Oh, you have an agenda. We know your Latino agenda, we know you have an immigrant agenda.' "

Decades later, President Trump is at the helm of the most anti-immigrant administration in recent U.S. history. Of course, xenophobic rhetoric and policies didn't start with Trump.

Hinojosa tied today's anti-immigrant attitudes to a "continual, repetitive narrative about immigrants" perpetuated by mainstream media and by politicians on both the right and the left.

Diverse, authentic stories of immigrants, she said, are necessary to dispel the myths and "hatred" that date back to the founding of America.

Now, as founder of Futuro Media, Hinojosa continues to set her own example by working to build a media company that reflects America.

"We all have to work at making the immigrant story much more public because this narrative has been constructed not over the past four years," she said.

In the full interview, Hinojosa also addresses her fear in once largely white newsrooms, going public about being a sexual assault survivor, and why silenced voices need to keep speaking up.

Let's talk about your road to becoming a journalist. That road led through NPR. In fact, my colleague Scott Simon hired you. An executive told you back then that you were rare — a well-educated, well-traveled Latina.

... I get this job at NPR. I'm the first Latina. I mean, I know it, like there had been no other Latinas at NPR who were not cleaning the offices. I was the first one in the newsroom. And it was terrifying, you know, it was really terrifying.

I remember another famous NPR personality once said to me after I had been around the block a long time and I was doing reporting, you know, in gritty communities when this person said to me, "Weren't you terrified to be in the South Bronx doing that reporting?" And then I was like, "No." But this person would have never thought to ask me if I was terrified the first day I stepped foot at NPR as the first Latina and I was like, that's what I'm talking about. Like we all see the world from different perspectives and that's why we need so much representation across the media. That's what it's about.

...The reason why I decided to write about it, honestly, was because of what happened with Dr. Christine Blasey Ford and Brett Kavanaugh. And the reason why I want to talk about is because I held on to this. I didn't realize how much it was impacting, just like Dr. Christine Blasey Ford. Everybody was looking at her like, "Yo, girl, come on, this happened to you when you were 15. Come on." You know, and that's easy for people to say until you realize what happens when it happens to you.

And so, I wanted to write about it also because Latinas, we don't often talk about this very publicly. You know, this happened in Mexico. I mean, my mom didn't know. I had to tell her. The good news, Lulu, is that after you write about it, and you cry about it and you do therapy, there's healing on the other side.

Don't give up. Don't give up! Oh, my God. I helped to create the newsroom that I envisioned when I first stepped into NPR and I was like, wait, this doesn't look like the newsroom ... it's frankly too white. And so we need you. We need you to power through the invisibility that you feel, own your power, own your voice. Get quiet, connect with your ancestral power the way I had to to write this book, because we all have it and we need you, so don't give up.

NPR's Hiba Ahmad and Kitty Eisele produced and edited this interview for broadcast. Emma Bowman adapted it for the Web.