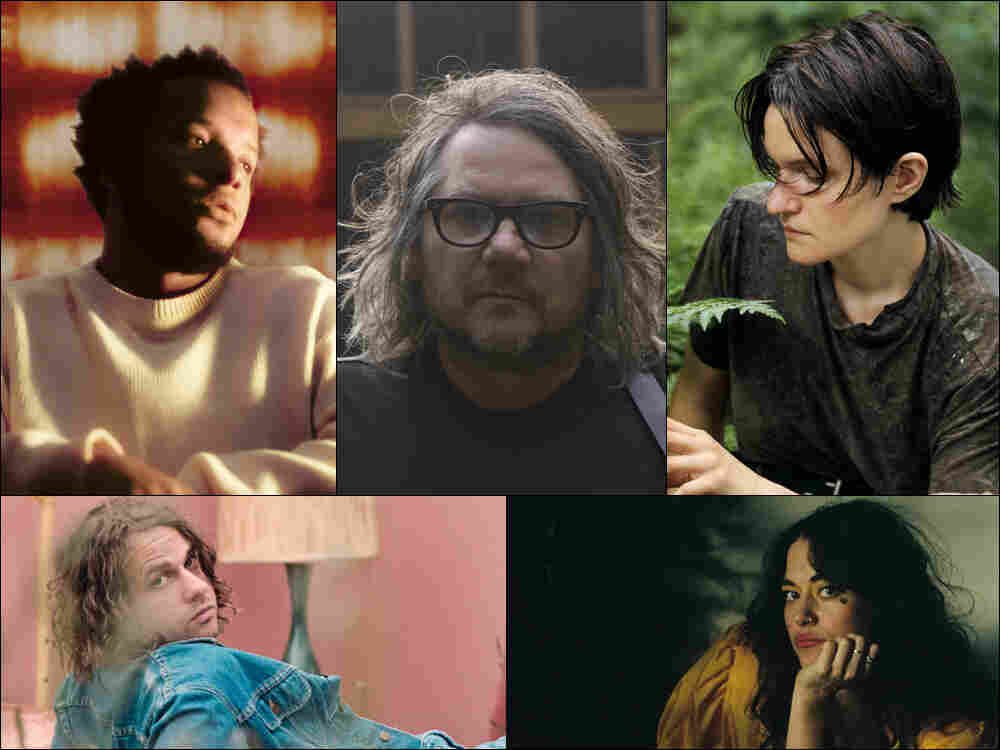 Some of our favorite artists featured over the years on All Songs Considered have new music this week. I begin our show with Kevin Morby and his new record, Sundowner. It was conceived on a 4-track cassette machine, initially recorded in a tiny shed, then re-recorded in a studio. I play a track called "Campfire," which includes the beautiful voice of Waxahatchee's Katie Crutchfield.

Big Thief's Adrianne Lenker recorded her latest music on an old 8-track reel-to-reel recorder. She actually has two albums coming out, one called songs and the other instrumentals. We hear one of the vocal tracks titled "anything."

Wilco's Jeff Tweedy has been making music with his sons, Sammy and Spencer during the covid lockdown. It's resulted in a new album called Love Is The King.

I've also got a few shining bright lights — artists I've not covered before, both brilliantly talented. BONZIE is a Chicago-based artist with a song called "Alone." It's produced with DJ Camper, who's worked with Big Sean, John Legend and Jay-Z. The atmospherics on this song are stunning. Then, from Melbourne, I play the debut music from Maple Glider and a piece that tries to unravel the intricacies of a religious upbringing and a relationship, both of which kept her from being her true self.

I close this week's show with Cautious Clay, an artist we've been following throughout his three EP's. Finally, a full-length album is coming from Cautious Clay, and we hear a song from it, written for our contentious times, called "Agreeable."

2. Adrianne Lenker: "anything" from songs